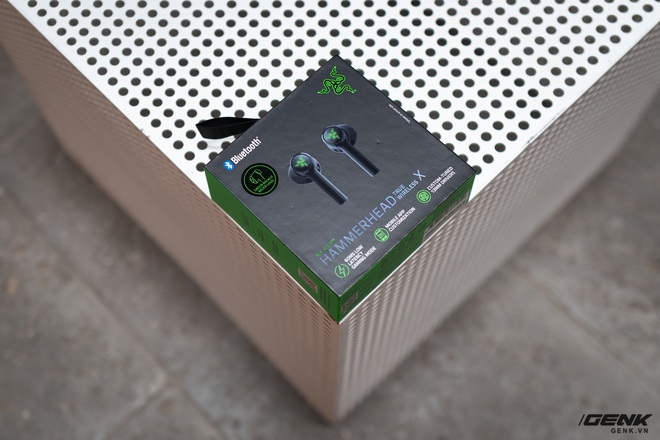 The box of the headset still has a very typical Razer style of black and green tones. 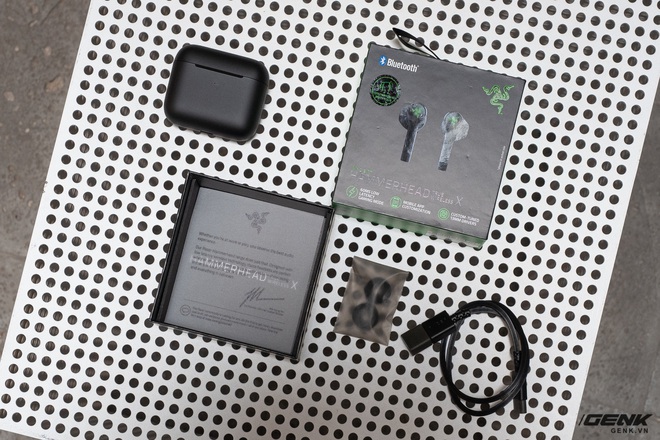 The accessories in the box include a user manual, a replacement rubber gasket and a USB Type-C charging cord. 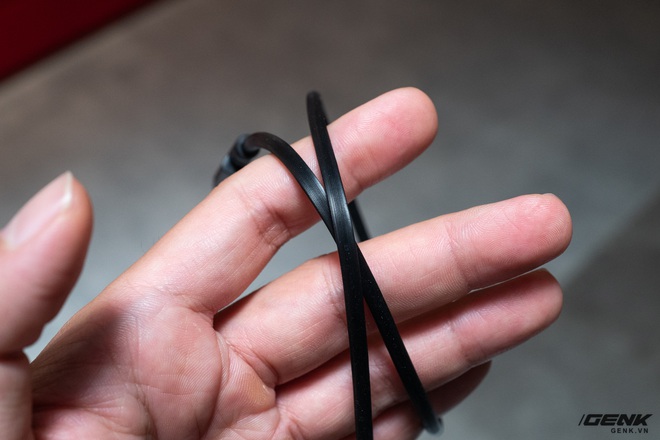 The charging cord is still resistant to tangles, but not the usual braided form, but has cuts running along the body of the wire. 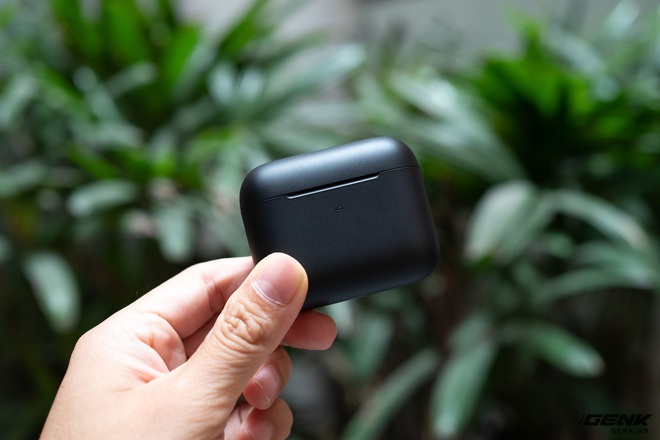 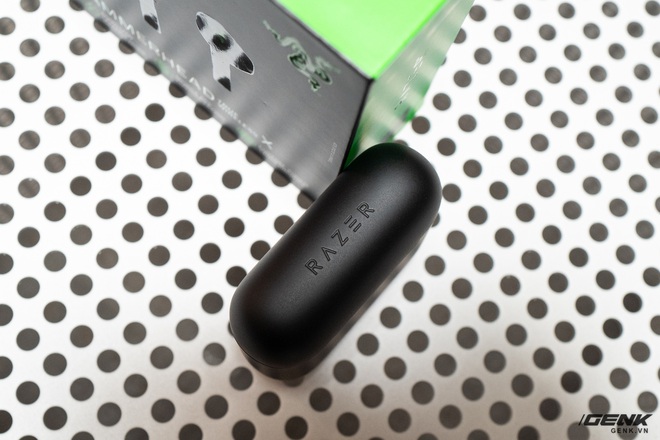 The top is printed with the company’s name in an embossed style, also creating a little highlight to make it look not too simple.

The charging port is located at the bottom of the box. According to the company’s announcement, this pair of headphones has a usage time of 6 – 7 hours depending on whether the light is on or not, and an additional 18 – 21 hours with this charging box. 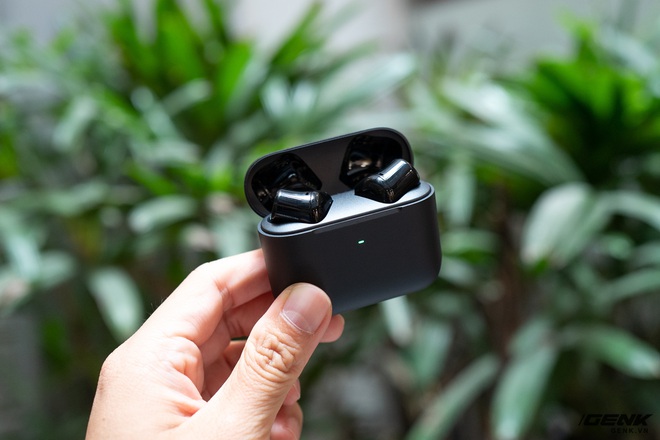 The way to put the headphones in the box reminds us of Apple’s AirPods. 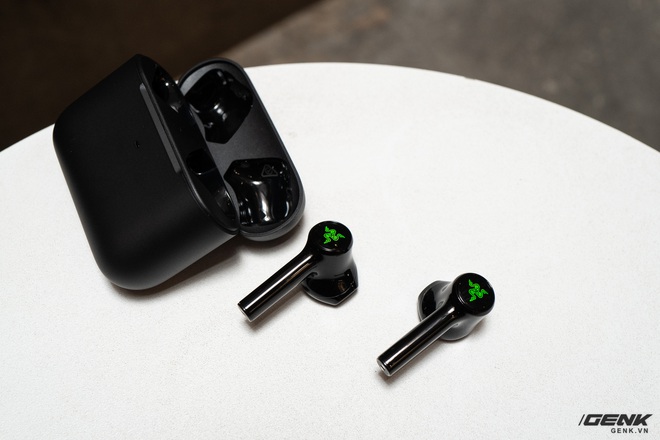 Also because this pair of headphones has the same general design as AirPods, with an extended tail to place the microphone near the user’s mouth. Besides being used as a music headset, this is also a headset aimed at gaming, so it makes sense for the headset to be made in this form to increase the quality of in-game conversation between players. 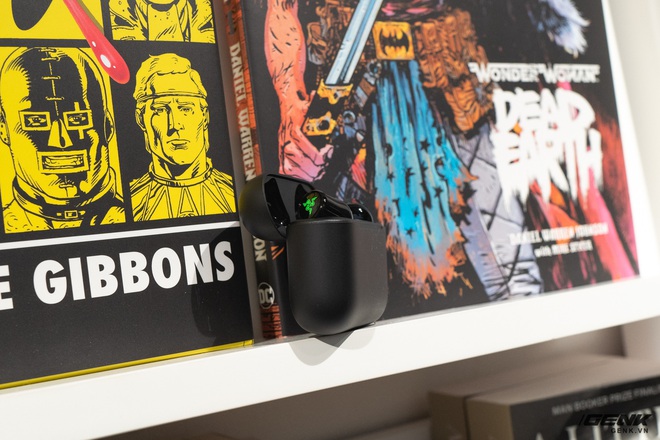 The outside of the headset has a blue light in the shape of its 3-headed snake logo, and is also a touch surface to control music, manipulate calls, toggle Gaming Mode (reduce latency) and call virtual assistants. of smartphones. 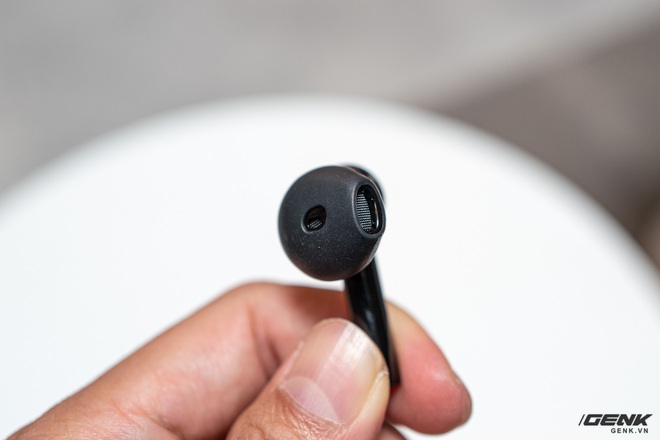 As an ear-bud headset, the Hammerhead TWS X will be worn loosely in the user’s ear instead of going deep into the ear canal. We can use “bare” headphones, or add a rubber pad to wear more tightly. 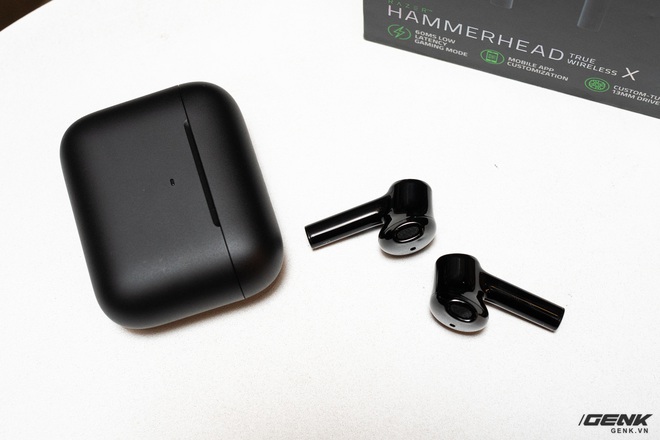 Even if you wear it tighter, you should not expect too much from the soundproofing quality of these headphones, this is the common point of the ear-bud design, it’s inevitable and it’s in the cheap segment anyway. than TWS Pro.

Support for headsets on smartphones is the Razer Audio application, which allows you to change the operation of the external touch panel, adjust the sound quality with EQ, change the back light effect (note that in which mode the Hammerhead TWS X is used. This is also only available in black and green) and toggles the Gaming Mode on and off. 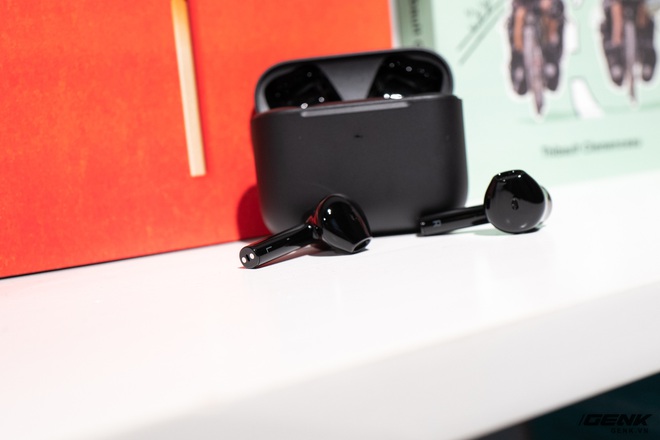 2 more features worth mentioning are the latest Bluetooth 5.2 standard with Gaming Mode for a low latency of about 60ms, good for watching movies and playing games; along with IPX4 water resistance for added durability in everyday use.