The US Centers for Disease Control and Prevention (CDC) said that in the past 1 year period, they have recorded at least 25 cases of poisoning after drinking an alkaline water product.

Produced and sold by Real Water, a Nevada-based company, this toxic alkaline water is branded “Re2al Alkalized Water“. Real Water claims on the product label that its water bottles have a pH of up to 9.0.

In comparison, normal drinking water only has a pH between 6.5-8.5. Water with a pH above 7.0 is called alkaline water. Many people believe that alkaline water has the effect of promoting health, preventing diseases and even curing cancer.

However, the scientific evidence supporting these theories is weak. They are often used by people selling alkaline water or alkaline water generators for profit. Doctors and medical professionals have long rejected the theory that alkalizing the body can cure cancer. 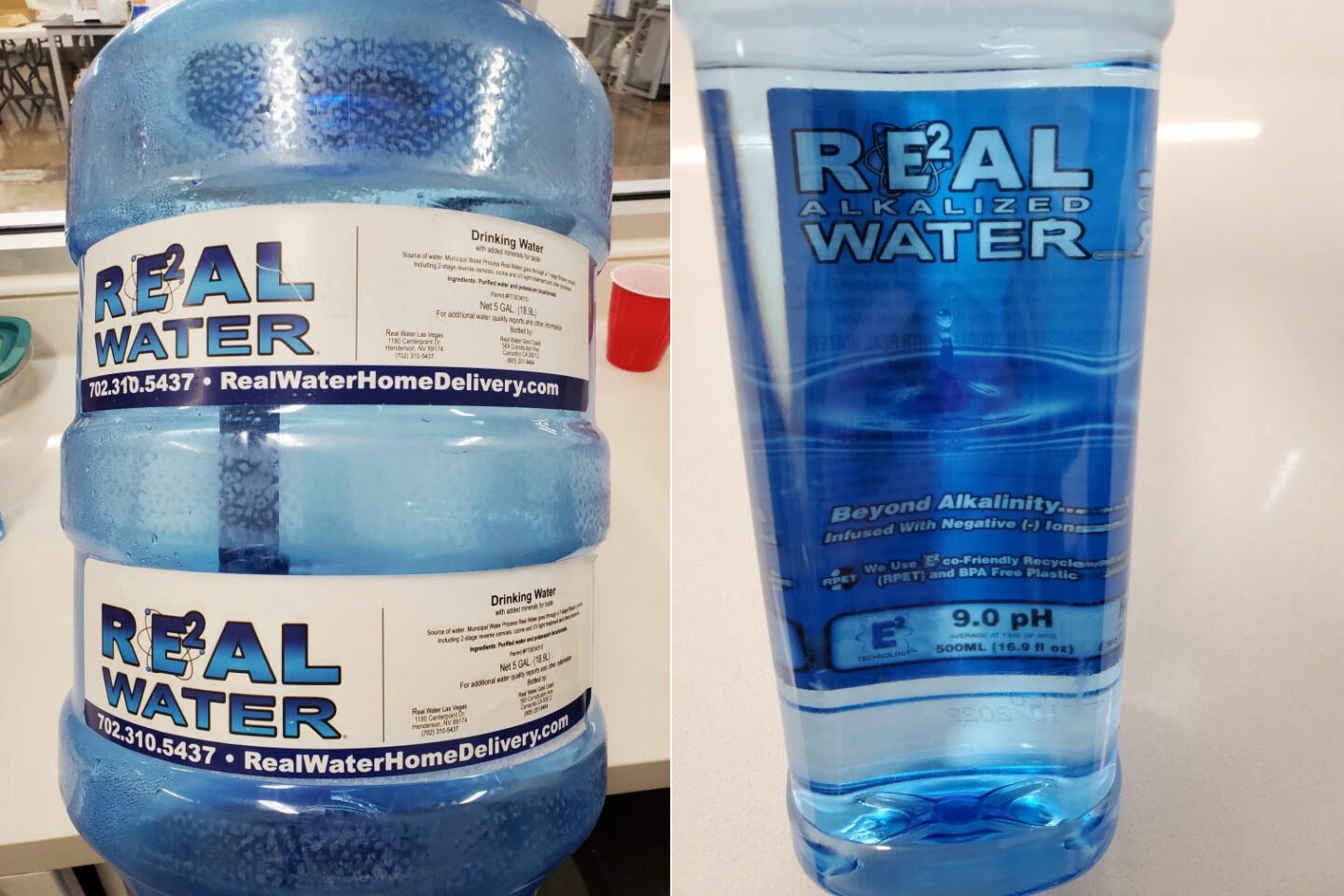 The type of alkaline water that causes poisoning is labeled “Re2al Alkalized Water”.

On the contrary, they warn that drinking excessive alkaline water can cause many side effects, including nausea, vomiting, seizures, hand tremors, tingling in the extremities or even confusion. Cancer patients who only drink alkaline water and do not adhere to the treatment regimen may miss the chance to cure their disease.

Using toxic alkaline water products like Re2al Alkalized Water can even have many unintended consequences. In the case CDC reports, those are poisoning, acute liver failure, even death.

The alkaline water product scandal in the US

The children were hospitalized, then transferred to a children’s hospital as a precaution for a liver transplant. Local health officials investigated this unusual event and discovered family members of five children had also fallen ill.

They all drank Re2al Alkalized Water produced by Real Water. The company claims that everyone should drink alkaline water because it is better than regular drinking water. They have sold their products in many states from Nevada, California, Utah to Arizona.

In mid-March 2021, following investigations, the US Food and Drug Administration (FDA) contacted Real Water and asked the company to recall their product. Real Water agrees to the recall. 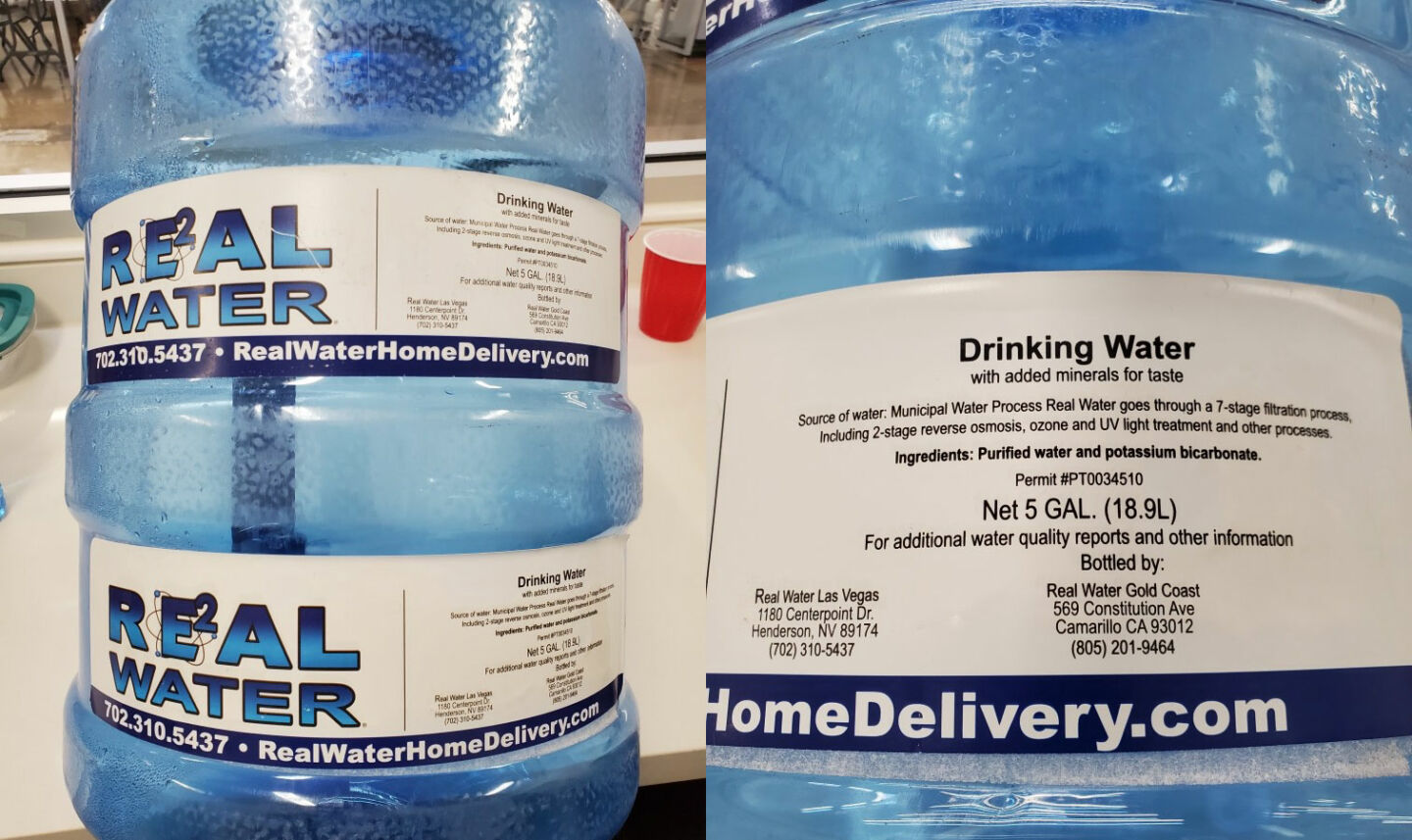 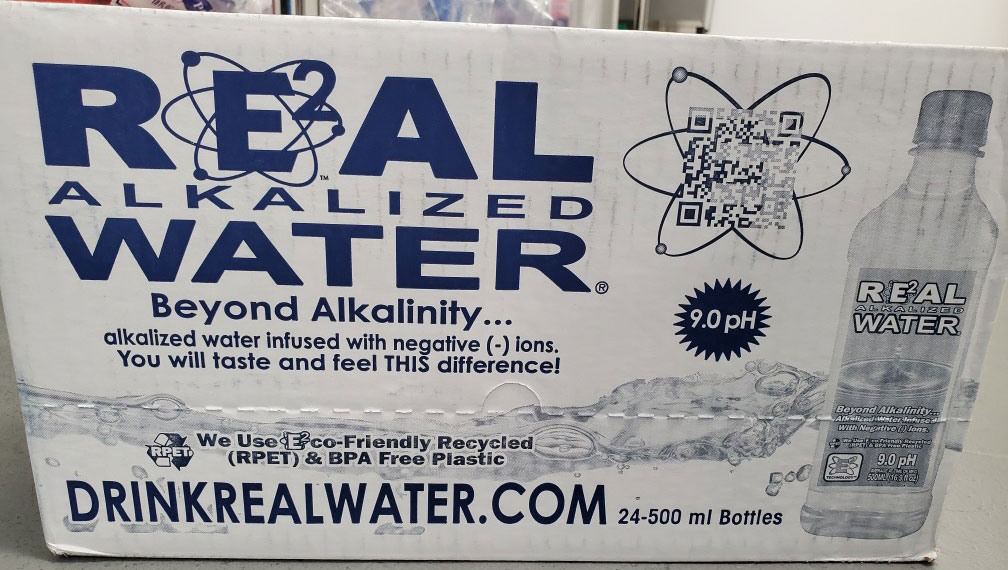 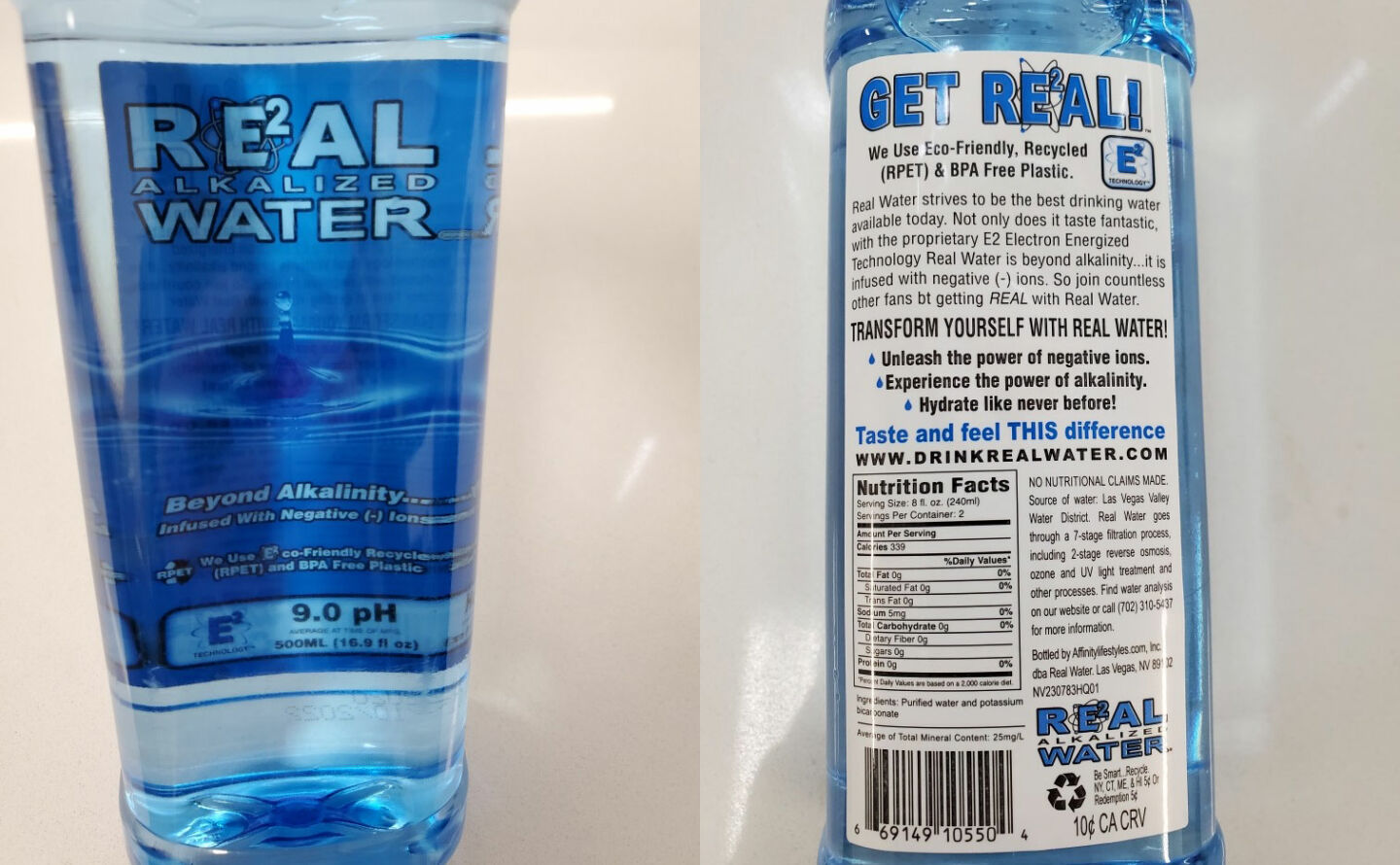 The latest CDC report even raised the number of Real Water victims to 25. All were admitted to the hospital with symptoms of fatigue, vomiting, decreased appetite, dizziness, dizziness and weight loss.

Tests revealed abnormal liver function in all of these cases. Many have even developed liver failure to the point of requiring a new liver transplant. In particular, a 60-year-old woman died from complications of hepatitis.

Medical investigators suspect the number of victims is much larger than that. Because during the investigation period, they found that the number of unexplained liver failure cases reported in many US hospitals tends to increase.

The patients did not have a viral infection or any underlying factors. Of the 25 patients reported by the CDC, they all had one thing in common: Real Water’s Re2al Alkalized Water was used.

Are other types of alkaline water safe?

In fact, not any alkaline water product is dangerous. Many natural mineral water products, flowing through rocks to dissolve minerals also make the water alkaline.

Drinking alkaline water from reputable, tested brands is considered safe. In contrast, alkaline water that comes from a small, untested manufacturer can cause poisoning for consumers.

Take Real Water, for example, an investigation by the Nevada Department of Justice found that it produced alkaline water from municipal tap water. The company mixed tap water with potassium hydroxide (a form of lye), potassium bichromate (sometimes used in baking powder) and magnesium chloride (a salt used in nutritional supplements).

Then Real Water said they used a device”ionizer” proprietary. This device is basically the same as an electrolytic device. It will create an electric current in the water, increasing negative ions and making the water more alkaline. 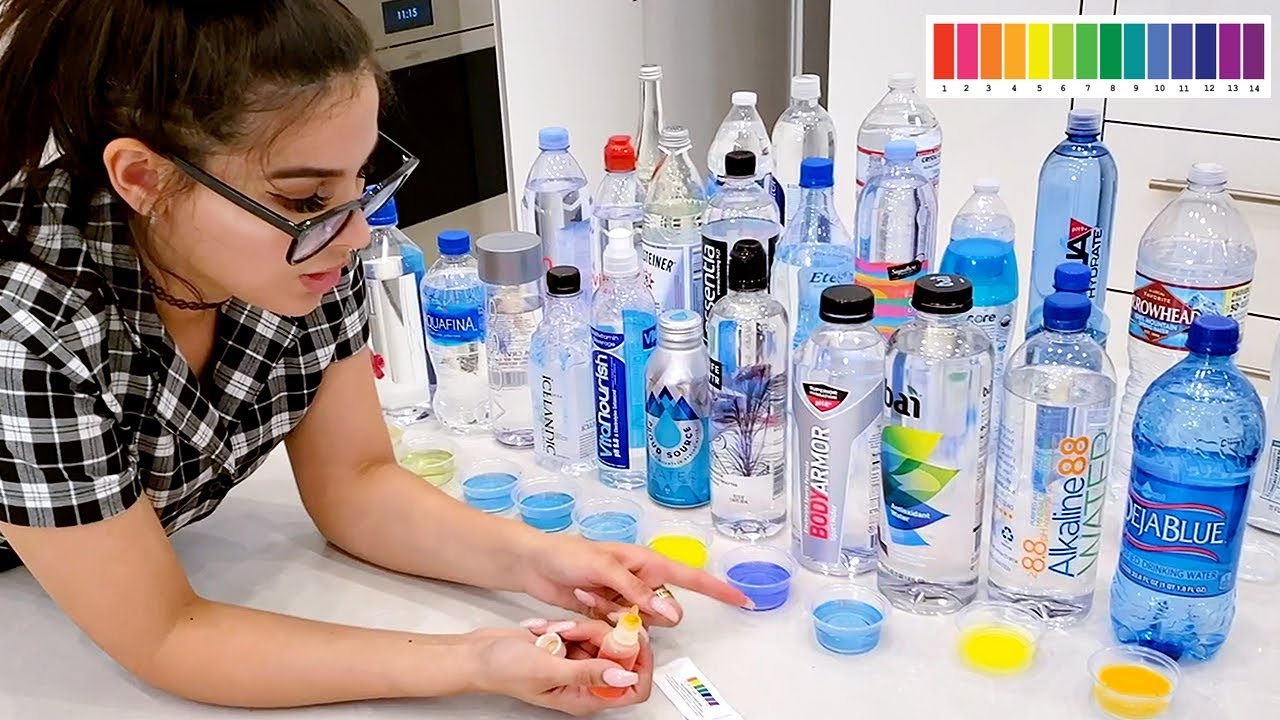 There are many alkaline water products on the market today, you should choose products of clear origin and have been tested for quality.

Real Water does not have any contamination prevention or control measures in place. So they can’t tell where their process went wrong. The company also does not clean and sanitize equipment.

They do recover and recycle water bottles, by rinsing them with cleaning chemicals. But then, Real Water does not take a test sample to see if there is any bleach left in the bottle?

In addition, the company does not batch label all of its merchandise, so investigators cannot determine exactly which production batch was contaminated and how it was contaminated.

The investigation also revealed that Real Water does not have any documents specifying the ingredients and manufacturing processes for all the water products they make. This means that the entire production process is very manual, and the quality of the shipments is not uniform.

They are not able to control the amount of chemical residues or chemicals entering the environment that could contaminate the product.

Don’t get caught in advertising traps, alkaline water has no effect on preventing or curing cancer

Although the majority of alkaline water products sold on the market are safe. However, you should also be wary of excessive advertising from the manufacturer or seller.

For example, one of the biggest myths about alkaline water says that it has both preventive and curative effects on cancer. This hypothesis stems from a statement by Dr. Otto Heinrich Warburg, who won the Nobel Prize in Medicine in 1931.

On social networks spread a lot of fake news about alkaline water and alkalinizing the body.

Warburg says that cancer cells are acidic while healthy cells are alkaline. So, he argues, by alkalizing the body, it can help limit the formation and kill off cancer cells.

While it is true that Warburg was awarded the Nobel Prize in Medicine, not for his hypothesis, but for another work. Of course, Warburg’s hypothesis about the alkaline environment of the cell was also tested. But scientists have rejected Warburg’s assertion.

They say the acidity of cancerous tissue is not a cause but a consequence of the disease. Cancer is caused by genetic mutations rather than simply an acid-alkaline imbalance.

In addition, drinking alkaline water cannot put you in an alkaline state. Immediately after entering the stomach, alkaline water will be neutralized by stomach acid. Even if you drink large amounts of alkaline water and it can be absorbed into your blood, your kidneys will filter out the excess alkaline to keep your blood pH stable.

In other words, drinking alkaline water can only change the pH of your urine, not make your body alkaline.

The claims about the miraculous benefits of alkaline water such as lowering cholesterol, preventing cardiovascular disease, stroke are all exaggerated. In addition, there is not enough scientific evidence to prove alkaline water can cure any disease.

One of the rare proven benefits of alkaline water is that it can help reduce acid reflux caused by excess acid. Accordingly, a 2012 study found that drinking water with a pH of 8.8 can help disable an enzyme called pepsin that causes acid reflux. 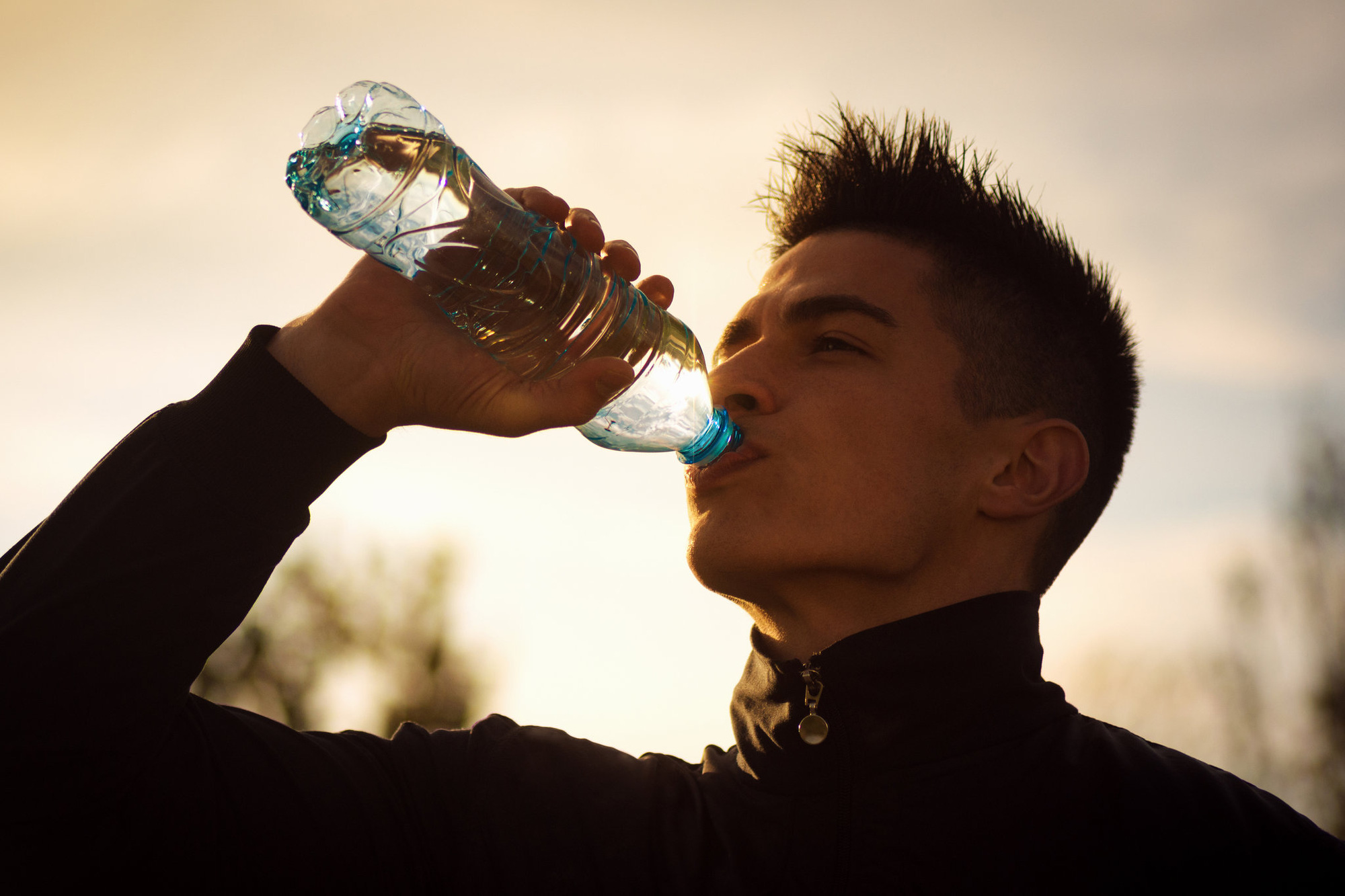 In short, you can drink alkaline water products from reputable manufacturers and have been tested for quality. However, consider alkaline water just like regular water. Its main effect is to replenish water and hydrate the body. Be wary of any claims that alkaline water can cure diseases, except to help reduce acid reflux.

In addition, drinking too much alkaline water can cause some side effects such as nausea, hand tremors, muscle twitching and tingling in the extremities and in the face. When you have these symptoms, you should stop drinking alkaline water and switch back to plain water. If symptoms do not go away, consult your doctor or dietitian.