On the evening of May 7, Thailand U23 lost unfortunately to U23 Malaysia in the opening match of Group B men’s football at the SEA Games 31. Despite scoring the lead, Thailand was at a disadvantage in numbers from the 40th minute because of the red card of the team. Jonathan. Playing the whole second half in a short position, Thailand failed to kill and lost in the last seconds of the match.

In both times the home team conceded, the female team leader Nualphan Lamsam (nickname: Madam Pang) was friends with the phone. After the first goal, the businessman born in 1966 pulled out his phone to make a call. An unexpected action, do not know what purpose but attracted a lot of attention. 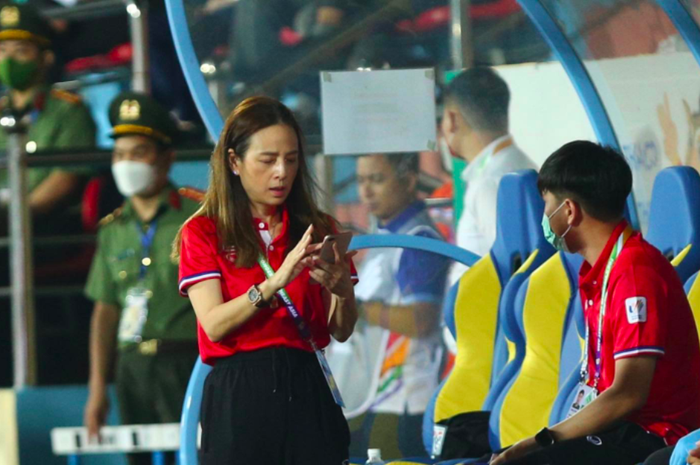 At the fateful goal at 90+4 minutes, the female team leader sadly sat down and dialed the phone. The phone in Madam Pang’s hand that made netizens admire was the iPhone 8 Plus model launched in 2017 at the same time as the iPhone X (the first phone with a notch design).

During the training session to prepare for the match against U23 Singapore in the 2nd round, holding an iPhone 8 Plus, Madam Pang made a call to Chanathip – who is known as “Thai Messi” who is currently playing in Vietnam. J1 League. 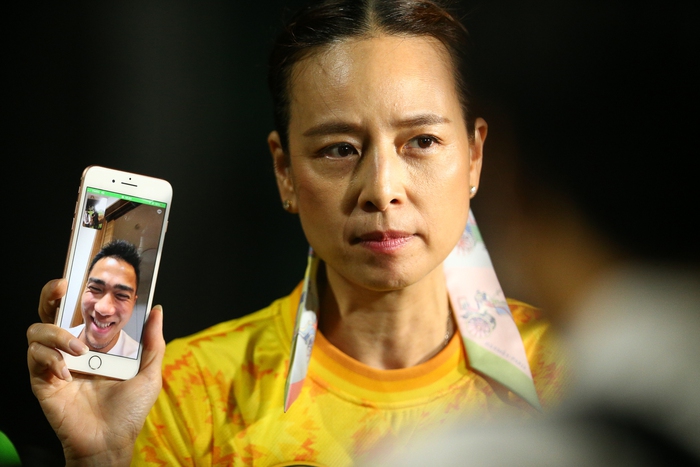 A few months ago, before the semi-final first leg of the AFF Cup 2020 with Vietnam, Madam Pang showed her willingness to play and pay when carrying a suitcase including expensive branded gifts, in order to organize a lucky draw after to the entire coaching staff and Thai players. People who can pick up bags, people who win the latest iPhone 13 phones, even Rolex, Hermes watches. 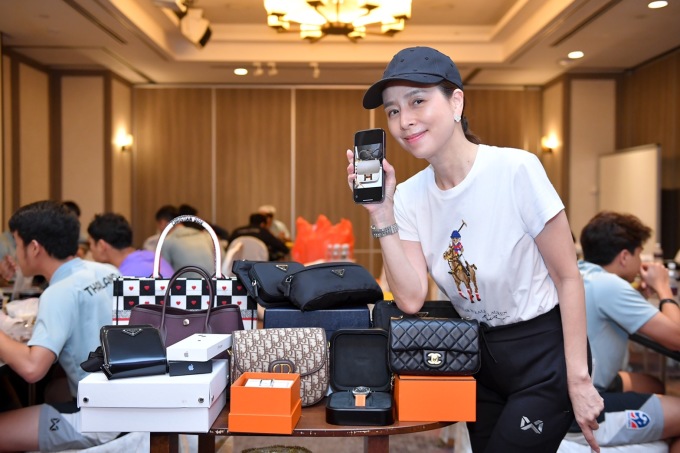 Ms. Nualphan Lamsam was born in 1966, is the 5th generation in the Chinese Lamsam family in Thailand. In Thailand, “Lamsan” has become a familiar word that people often use to talk about wealth.

Lamsan is also the founding family of Kasikorn bank, also known as Kbank. This is one of the largest banks in Thailand with assets of 117 billion USD, according to Forbes. Banthoon Lamsam, one of Nualphan’s cousins, was the bank’s chairman for several years before stepping down in April 2020. Mr. Banthoon and his family ranked 34th in Forbes Magazine’s Top 50 richest people in Thailand in 2021.

Madam Pang was born in Bangkok and graduated in marketing from the prestigious Chulalongkorn University, one of the oldest universities in Thailand. She later studied for a master’s degree in management from Boston University. Thailandtatler once ranked her in the list of 10 most influential businesswomen in the country.

The powerful woman of Thai football is the President and CEO of an insurance company, which owns a distributor of Hermes and Audi in Thailand. Madam Pang is also the image representative of the company, building the Believe Pang brand. Her face has attracted magazine publications and billboards all over Thailand… And especially, Madam is the President of the Port Football Club in the top Thai league.