Despite being one of Spider-Man’s biggest rivals both in the comics and on screen, it seems that Otto Octavius/Doctor Octopus will become Peter Parker’s ally in Spider-Man: No Way Home. 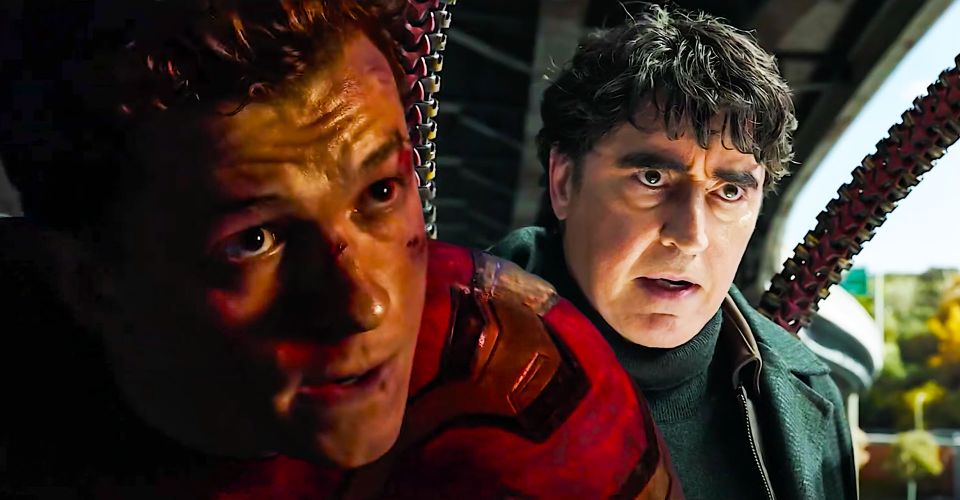 According to the latest trailer, these two characters had a fierce fight right on the streets of New York, but most likely it was just a disastrous misunderstanding. After Spidey revealed his true face (played by Tom Holland), Doc Ock was surprised to reveal that he was not the Peter Parker he was looking for.

In the next segment, we continue to see the two having quite friendly conversations, without the tension of a hostile relationship. Peter and his friends even made fun of Octavius’ name without hesitation. And in a brief scene, it was this Octopus doctor who also helped Peter in his confrontation with Electro – one of the biggest villains of the upcoming movie.

The hypothesis is this: Peter used Stark’s technology to help Doc Ock escape the control of the machines, reform the law and find a way to help him overcome the consequences of the disorder of the multiverse. Time is also helping himself to return to his true reality.

How has Doctor Octopus changed in No Way Home compared to Spider-Man 2 (2004)? 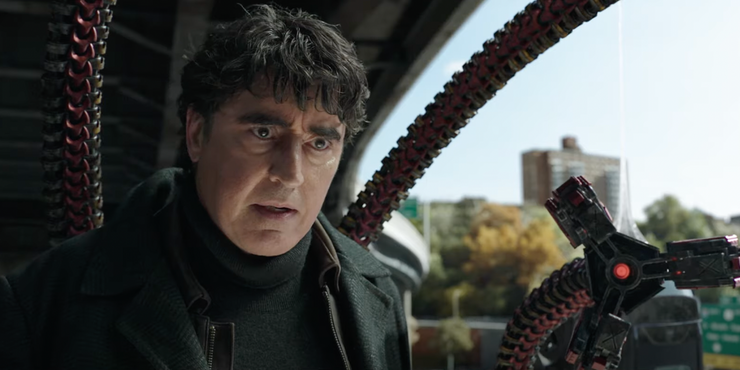 Back in the MCU blockbuster, Octavius ​​will still retain his wise personality. The only thing that changed was his confrontational relationship with Peter Parker. Doctor Octopus, Lizard and Sandman are the 3 villains who will appear in No Way Home, and are also the ones who erased the hatred with the Spider guy in the previous movies. However, for a reason not explained in the trailers, the flames of enmity in all 3 flare up again when they “travel” to the MCU and meet Peter Parker again.

Another difference lies in Doc Ock’s mechanical tentacles. As can be seen in the photo above, this tentacle system has received some very interesting upgrades. The yellow-red textures suggest that it is possible that Doc Ock has found a way to exploit and take advantage of Tony Stark’s nanotechnology, just like in the latest Iron Man or Spider-Man armor models. However, at the moment, it is difficult to confirm what this detail will mean for Doc Ock in particular and the movie script in general.

Either way, it’s still a significant upgrade, helping him keep pace with newer age technology. Nanotechnology will certainly help Doc Ock become much stronger and more dangerous than when he first appeared on the silver screen in Spider-Man 2 nearly 2 decades ago.

The problem Doc Ock has with his tentacles… 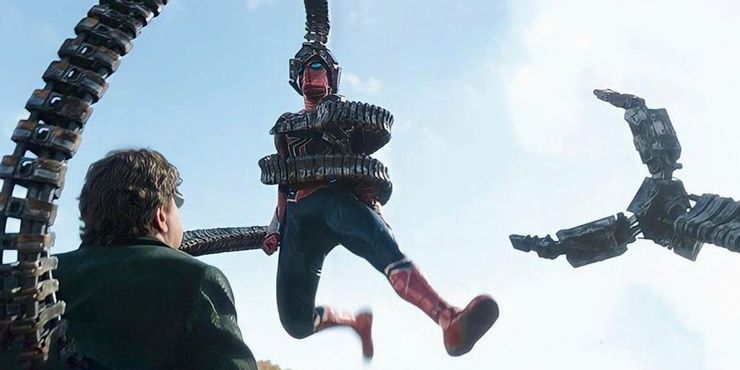 The key to helping us better understand Otto Octavius’ personality and personality lies in the process he went through to attach the mechanical tentacles to his body. As Spider-Man 2 shows, these tentacles are so good that they are capable of independent thinking, controlled by artificial intelligence (AI). In order to prevent them from rebelling and controlling their mind, Doc Ock has installed a special neuroinhibitory chip. In essence, this chip will not allow the four tentacles to access “higher functions in the brain”.

In other words, the neurosuppressive chip is Octavius’ only line of defense with the dangerous AI system built right into his body. However, during a battle with Spider-Man, the energy wave from the reactor accidentally destroyed this chip and seemingly took his life. After that, Doc Ock suddenly regained consciousness, but his mind was completely controlled by 4 tentacles and began to sink deeper into the path of sin to complete his experiment.

…will be treated with nanotechnology in No Way Home 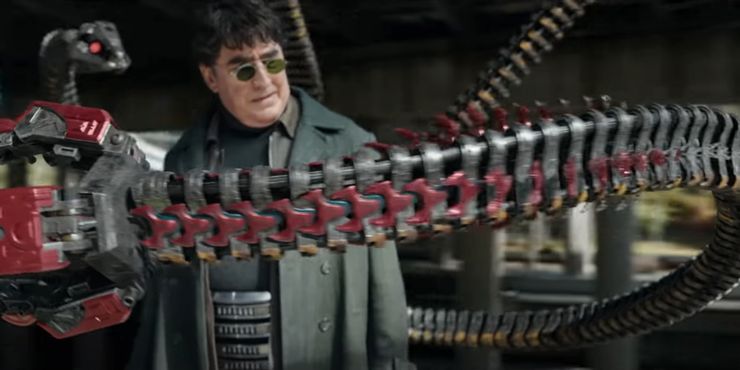 As mentioned above, this set of tentacles will be integrated with nanoparticles on Stark technology products. And most likely this is the key to activating the inhibitory chip again to free Doc Ock from the control of the mechanical tentacles.

There are two theories to explain this detail. First, Doc Ock, after traveling to the MCU, learned about Stark Industries and decided to steal some of this corporation’s secret technology to upgrade his tentacles. As for the second theory, during the fight with Peter Parker, the nanoparticles on the Spider’s armor were transferred to Doc Ock, the same way Tony Stark used to silently steal 6 infinity stones in his hand. Thanos in Endgame.

At the present time, Peter Parker is still considered the most worthy successor of Tony Stark, and he of course has access to some of the technology and inventions of the late billionaire. It is not ruled out that it was he who helped Doc Ock’s mind escape from the control of the AI ​​by allowing Stark’s nanoparticles to penetrate the opponent’s body and deal with any internal problems. Either way, what’s inside Spider-Man’s armor may be the key to restoring Doc Ock’s neuroinhibitory chip, thereby helping him regain consciousness and become an ally of Doc Ock. boy.

Otto Octavius ​​in Spider-Man 2 is not at all a ruthless and proactive villain like in the original comics. So any action that would bring him back to his senses would be more than enough to end his feud with Spider-Man, especially since the new Spider didn’t know him at all. Based on his final decision in Spider-Man 2, it is likely that Doc Ock will return to his true nature, and play the hero in No Way Home to help Peter and Doctor Strange fight the Lizard , Sandman, Electro and Green Goblin.