YouTube is currently the most popular video viewing platform in the world. Every hour that passes, YouTube has thousands of new videos, thousands of accounts created, hundreds of millions of views and other huge numbers. Officially launched in 2005, YouTube has grown strongly over the past 16 years and is a place to make a lot of money for YouTubers if they have a large number of followers.

It’s so popular, but not many people know who the number 1 YouTube channel in the world belongs to today. The answer is the T-Series YouTube channel with more than 203 million subscribers. 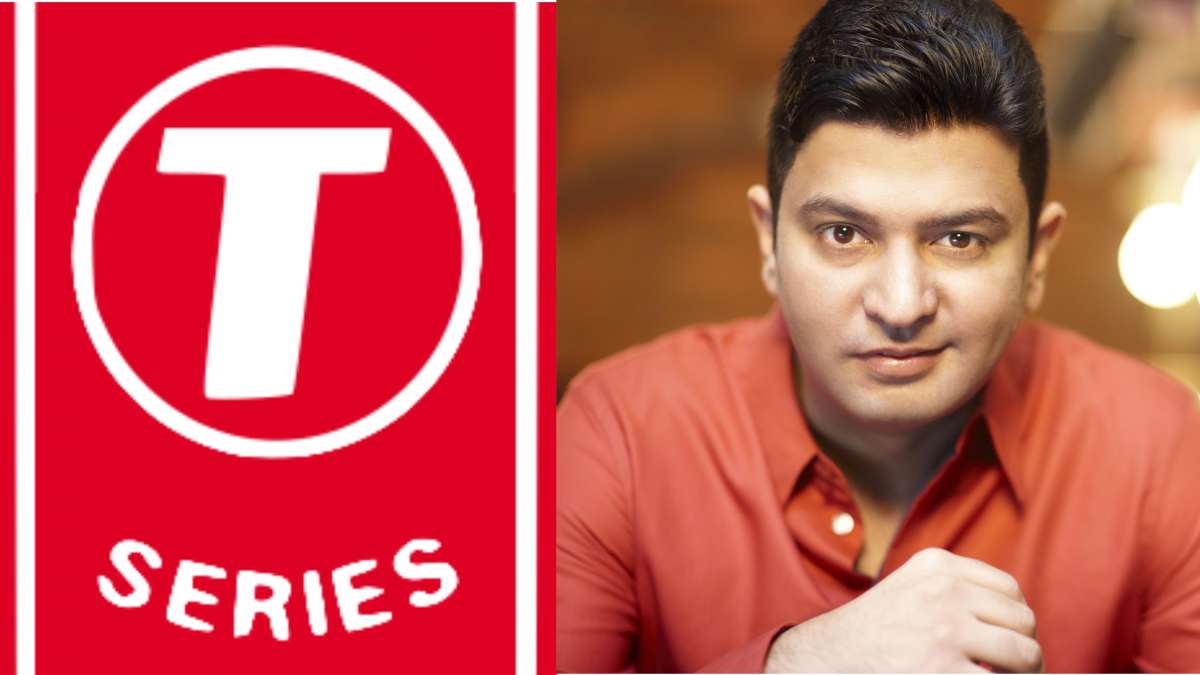 This is a YouTube channel classified under the music field. This YouTube channel was officially established in 2006. However, the first video was re-uploaded on December 23, 2010.

The T-Series was not originally a YouTube channel but the name of a pirated disc company run by Shri Gulshan Kumar. In particular, this is an Indian YouTube channel, videos are posted in Hindi, which is not a commonly used language in the world. However, with many objective and subjective factors and the curiosity of many YouTube viewers, this channel has helped this channel break through to become the number 1 YouTube channel in the world today. 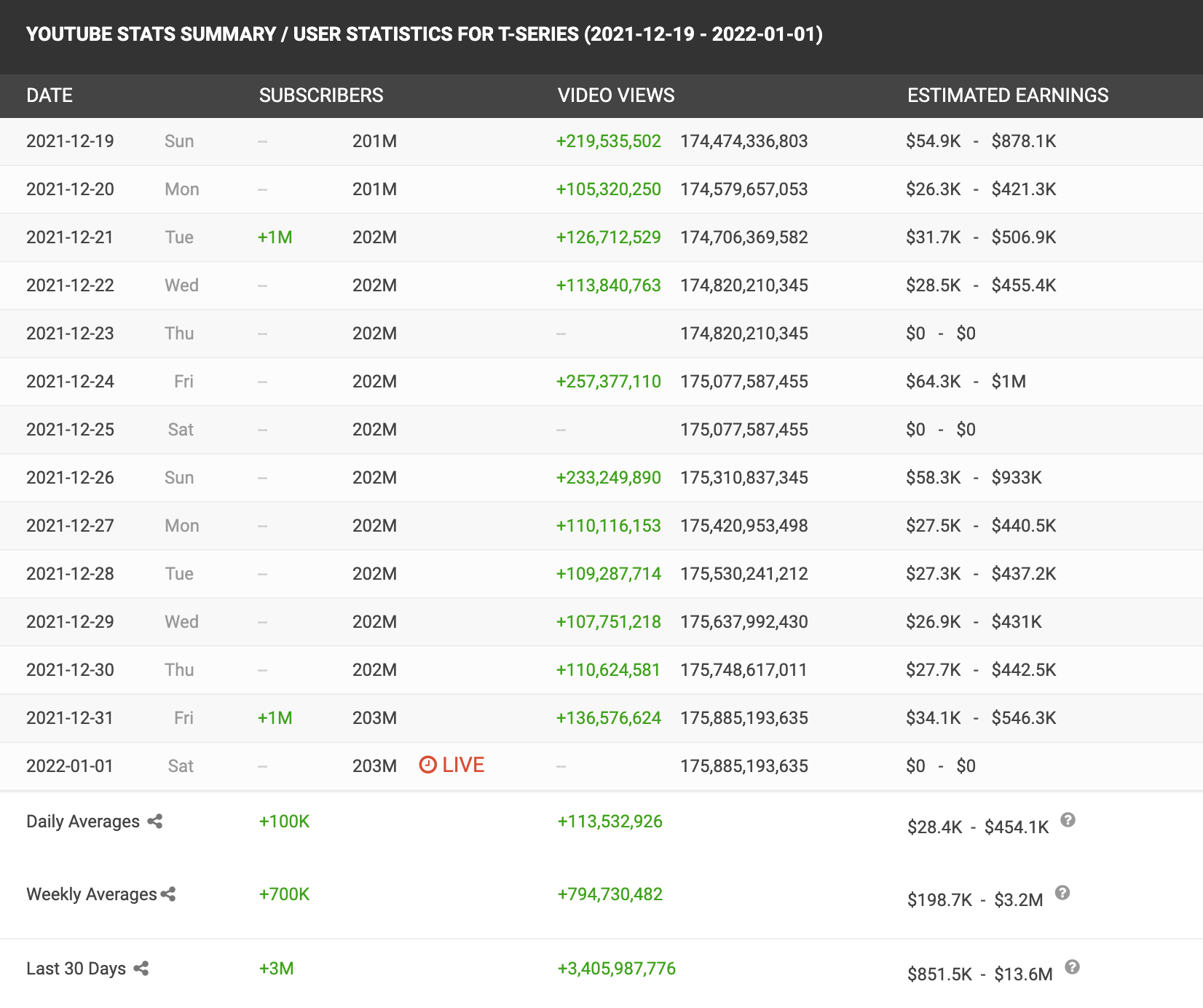 According to Social Blade statistics, at the moment, this YouTube channel has more than 3.4 billion views and 3 million followers in just 30 days.

Currently, the T-Serie YouTube channel has more than 16K videos posted after 12 years and is still loyal to the content made about Indian music. Each posted video lasts only 3-5 minutes but attracts tens to hundreds of millions of views. Also according to statistics from Social Blade, this YouTube channel can earn 13 million USD per month (equivalent to more than 295 billion VND) – a figure beyond imagination. 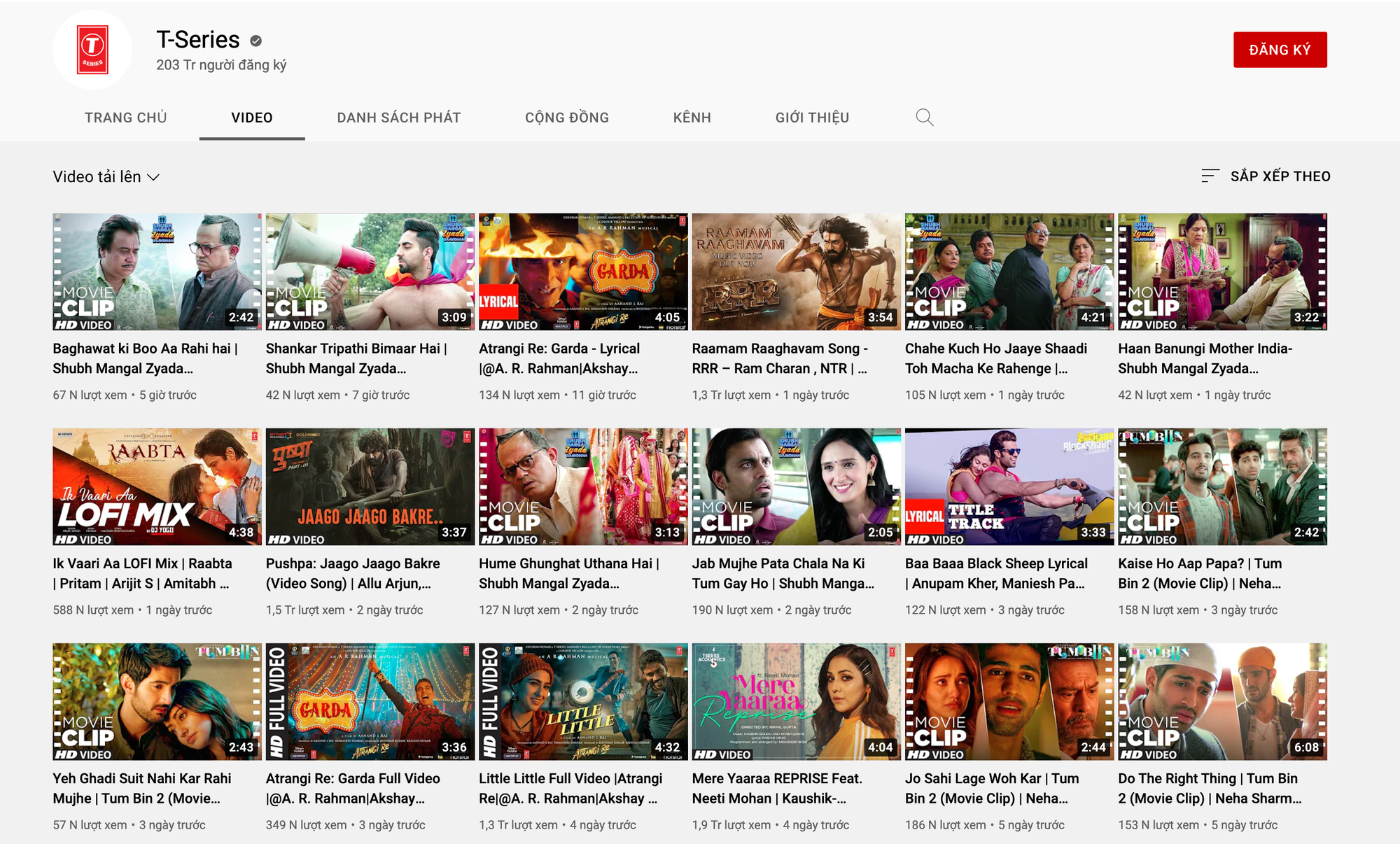 Going back to the unimaginable success of T-Series probably comes from the fact that this channel is for Indians – one of the most populous countries in the world. Musical content is also a favorite among Indians – an integral part of their lives. The dense video posting frequency with about 5-10 videos per day also makes this channel more and more popular because the content is so diverse, there are many choices for viewers, and along with it is the curiosity of all of us. .

It can be seen that the throne of T-Series will probably last for a long time when the world’s 2nd position of the children’s YouTube channel Cocomelon has only reached 117 million followers, a long distance!