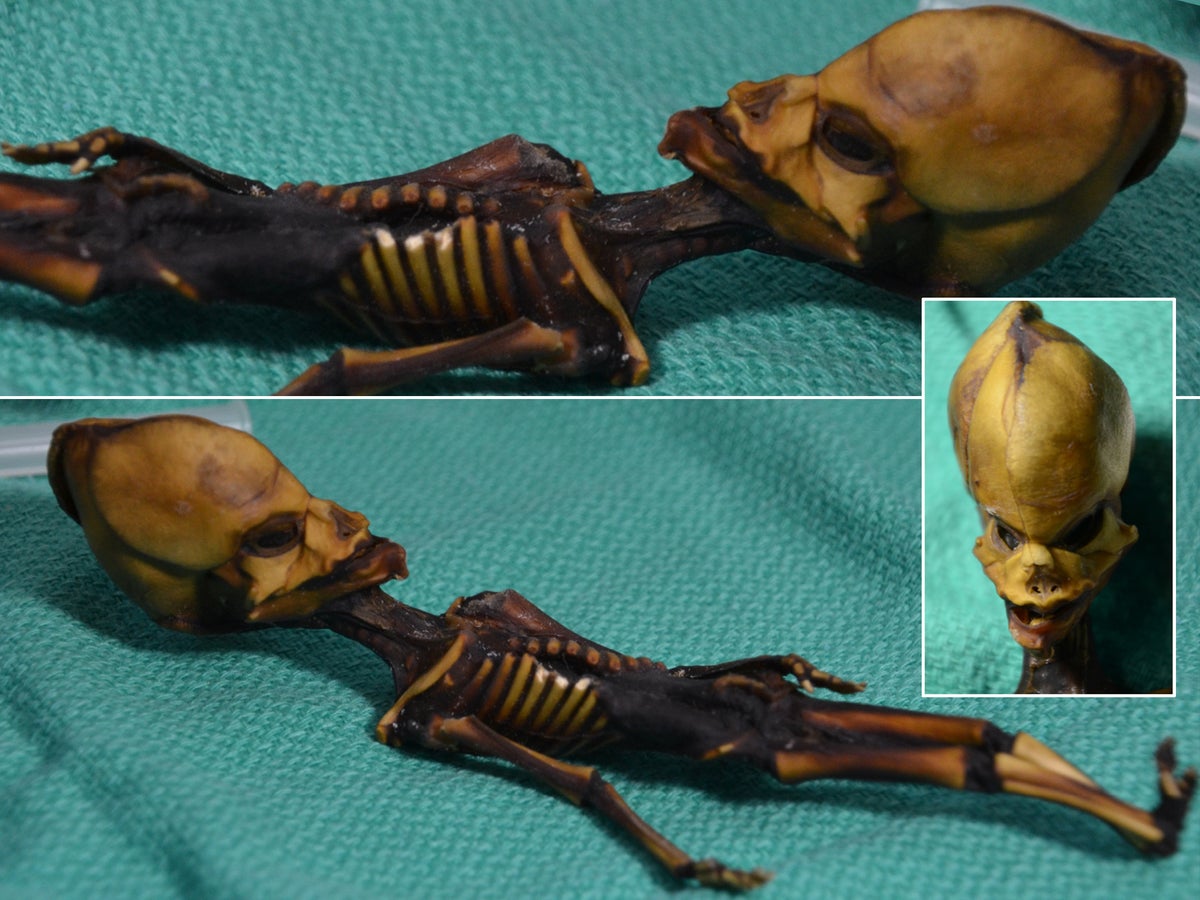 Ata is the common name for a 15-centimeter-long skeleton found in 2003 in a Chilean town in the desolate Atacama Desert, hence the abbreviation. The remains are placed in a private collection in Spain. According to a local Chilean newspaper, La Estrella de Arica[es]Ata was found in northern Chile by Oscar Muñoz, who later sold the remains to the collection’s current owner, Ramón. Navia-Osorio, a Spanish businessman.

Probably a lot of people at some point in their lives have looked up at the starry sky and wondered how much of the truth is out there. How far does life extend beyond the blue planet? Do aliens really exist? We all have a little faith. About 20 years ago in the Atacama desert of Chile, the remains of a humanoid about 15 cm long were discovered and it was indeed a discovery that made many people believe that aliens exist and they living on Earth with us.

However, over time and the advancement of science and technology, this remains was examined by scientists at Stanford and, and its results also greatly disappointed the science fiction world – the This bone actually belongs to humans and not some kind of alien species. 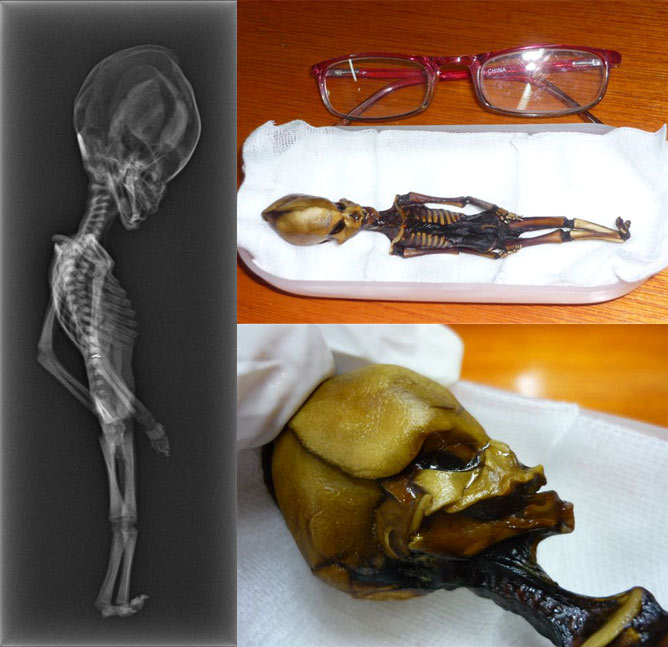 Ata may also have suffered from oxycephaly. Considering that the frontal bone of the skull was very broad, and that the arms and legs were not fully ossified, anatomist and paleontologist William Jungers suggested that it was a human fetus that was born prematurely and died early or shortly. after birth. Another theory, by immunologist Garry Nolan, is that Ata had a combination of genetic disorders and therefore died prematurely. He assumed that Ata had a more severe form of dwarfism, but no genes for dwarfism were found in his team’s genetic analysis. Pediatric radiologist Ralph Lachman says dwarfism can’t explain all of Ata’s features.

After being discovered in Chile’s Atacama desert, the mysterious remains were named “Ata” and according to that there are many theories regarding its origin, some suggest that it is a fetus, others say it is a monkey, but perhaps the most widely accepted theory is that it comes from an alien species.

And what’s interesting is that there is an entire documentary – Sirius, talking about this skeleton and claiming that this is an alien. They concluded based solely on the external features of the remains as the specimen possessed all the stereotypes of UFOs, including a large oval head with a disproportionately smaller body.

The Sirius documentary will not only reveal in depth the dissection and autopsy of Ata, but also discuss extraterrestrial visits, secret ET files, advanced technologies that humanity will used as a means of reaching our planet.

A Chilean newspaper reported that the remains were discovered on October 19, 2003 by a man named Oscar Munoz, who was excavating in search of objects of historical value in La Noria, a a relatively remote, uninhabited town in the Atacama Desert. While doing his work near an abandoned church, Munoz discovered a white sheet containing what the newspaper reported as “a strange skeleton no larger than 15cm – the size of a pen. “. Aside from the obvious difference in size, color and shape compared to a human, what adds to its mystery is the fact that this skeleton possesses only nine pairs of ribs, as opposed to 12. normal human ribs. 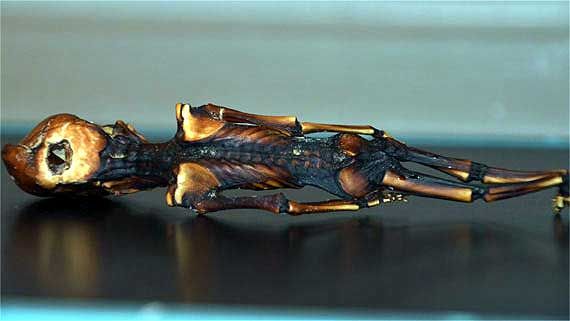 But from a scientific point of view, it is completely different, bone marrow taken from the specimen’s ribs was taken to Stanford University, where it was studied for six months before reaching a conclusion.

“The mummy has some strange mutations in 7 genes that cause the body to have skeletal and musculoskeletal abnormalities. This may be due to a disease inherited from parents and passed on to children, Atacama Alien. We speculate that the environment is the same. “This mummy’s life is the cause of the disease. The mummy was found in a town with an abandoned nitrate mine, so it’s possible that exposure to nitrate caused the genetic mutation.”

The conclusion showed that this skeleton was a mutation that caused the microcephaly of a male infant, although the mutation, before death, this child lived to the age of six to eight. The fact that the age is determined raises another question as to how that child can live to be 6-8 years old and only be about 15 cm long, so at birth, the size of this child is actually how small?