The Tesla boss has once again wowed the world with his tweets, but this time with unrelenting praise. This time, instead of tweets mocking opponents or encouraging people to dive into a certain digital currency, Mr. Elon Musk showed how well he can support customers via Twitter.

A few days ago, Tesla’s server had a problem that made the Tesla app on mobile platforms like iOS and Android inoperable. Meanwhile, many customers use the company’s app to unlock and start their Tesla, and so when the app doesn’t work, many customers can’t use their cars either. 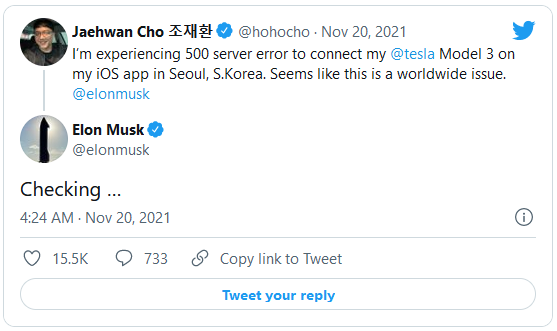 A Tesla customer in South Korea, Jaehwan Cho, also had the same problem and tweeted Mr. Musk to let him know. Like a professional customer service agent, Mr. Musk only took 3 minutes to reply to this customer’s tweet. However, at the time, Mr. Musk could not do anything but respond, saying that the customer’s complaint had been noted.

However, this also impressed Twitter users. It is rare for the CEO of a large company to take the time to respond to every customer complaint, especially when one of the richest people in the world like Mr. Musk.

Customer complaints went directly to the company’s CEO – and also the richest man in the world – instead of having to go through other departments. 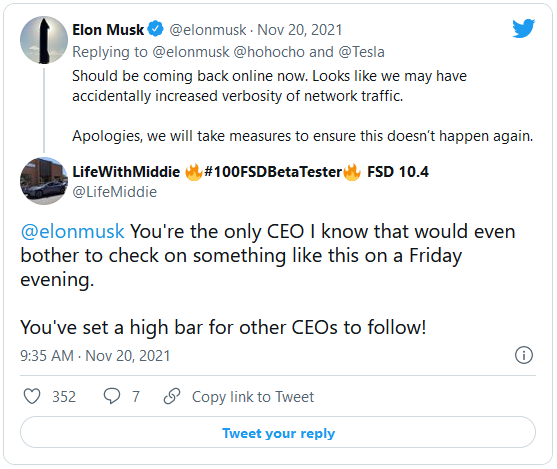 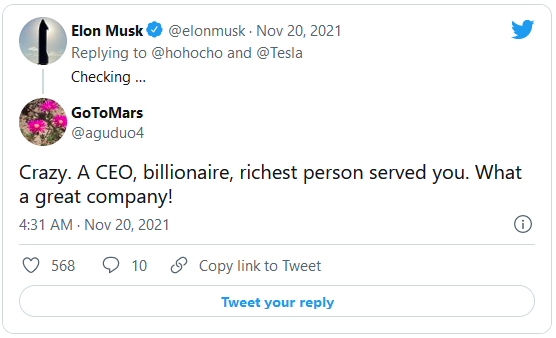 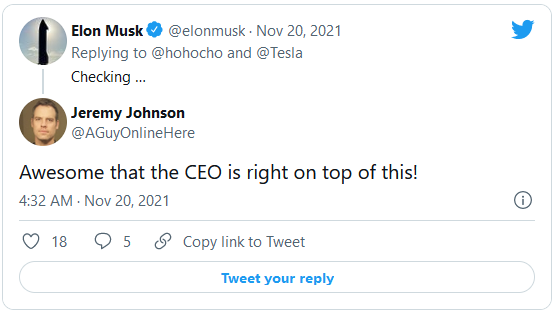 About five hours later, Musk updated the customer on what happened to the company’s app.

“The app will reconnect now. It looks like we’ve inadvertently increased the level of network traffic. We’re so sorry about this, we’ll take measures to make sure this doesn’t happen again.” Mr. Musk replied. 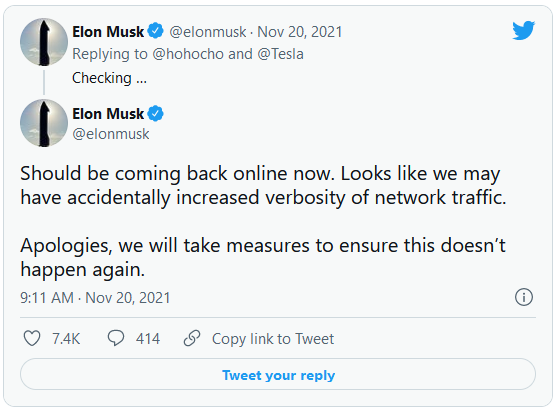 Another Twitter user also went in to commend Mr. Musk for his quick reply. Mr. Cho himself later responded to Mr. Musk’s tweet with a thank you.

However, this can be considered as one of the rare cases of getting such a quick answer from Tesla and Mr. Elon Musk. Tesla already has a bad reputation for poor customer service due to its slow response to user complaints. This has been exacerbated since Musk disbanded the marketing department and took on the task of communicating with customers via Twitter himself.

Although Mr. Musk is a very hard worker on this social networking platform and is very attentive to customer complaints, having to promptly handle thousands of tweets from customers around the world seems to is impossible for Mr. Musk alone.