In September 2020, Bill Gates’ nuclear energy company TerraPower and electric power company PacifiCorp, owned by Warren Buffett’s Berkshire Hathaway, teamed up to launch the Natrium project. This is a modular nuclear reactor project that billionaires say will be commercially successful by 2030.

Many countries are considering building smaller, so-called modular, nuclear reactors as a way to support low-emission energy production. This is considered as a solution in the transition from fossil fuel dependence to renewable energy sources.

Bill Gates said the reactor built by Bechtel will be located in Wyoming, America’s top coal-producing state. He hopes that Natrium will be a game changer for the energy industry. 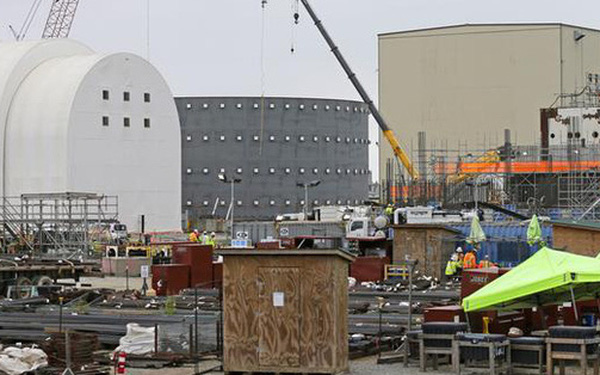 The US Department of Energy (DOE) awarded TerraPower $80 million to develop its ideas. TerraPower says the plant will cost $1 billion, including engineering, procurement and construction costs, and is expected to take seven years to build. In the US, the cost of building a conventional nuclear power plant is around $25 billion and can take longer to build.

Antony Froggatt, a researcher at Chatham House, said the reactors are not small when their capacity is 345 MW. “Although much smaller than current nuclear reactors (1,000 MW), they still have large capacity and may not be as modular as intended.” This shakes the argument that they can be made in factories and then shipped, which is supposed to make them cheaper,” he warned.

The Natrium reactors will act as a backup generator, supplementing the shortfall in wind and solar power output. The project includes a 345 MW sodium-cooled fast reactor, with molten salt-based energy storage to increase power output to 500 MW during times of high demand. Natrium technology has the ability to store heat in a molten salt tank for future use, just like a battery but 10 times cheaper.

Michael E. Mann, professor of atmospheric science at Penn State University, said that Bill Gates has repeatedly downplayed the role of proven and safe renewable energy technology in decarbonizing the economy. Instead, the billionaire uses more dangerous and risky technology such as geoengineering and nuclear techniques.

Professor Mann, a signatory to a recent statement calling for 100% decarbonisation through renewables, said he was concerned that Bill Gates was trying to profit from the “wrong diversion”.

“Bill Gates’ project is wrong and dangerous, because it leads us in the wrong direction. Technology is not an obstacle to climate action at the moment. They are political.” Professor Man argued.

Haverkamp says doubling the capacity of the new reactors will reduce emissions by 4% less than usual. According to him, new nuclear reactors or smaller designs offer negligible reductions in greenhouse gas emissions. Development from now on is also too late and too expensive.

These nuclear reactors are now delivered with reprocessing technology to sequester nuclear bomb materials. Haverkamp thinks the idea of ​​such a Natrium reactor is dangerous.

Critics argue that the production of these reactors will cost businesses large sums of money. “So my short answer is: No. These reactors probably won’t play any significant role in climate action,” said Haverkamp.

Howarth concluded: “Could the plants that Bill Gates and Warren Buffett envision be better than traditional nuclear plants? Possibly, but this is still an experiment. And I doubt the claims made. In any case, they’re an obstacle, and we’d better give up nuclear power and switch 100% to renewables as quickly as possible.”