Since the release and support of AMD Ryzen 3000 and X570 chipsets, NVMe solid-state drives with the PCIe 4.0 interface are considered to be the new front line for memory chip and NVMe drive manufacturers. In the early stages, many manufacturers have launched NVMe PCIe 4.0 lines, but the speed is still quite limited, just slightly above the ceiling of PCIe 3.0. However, this completely changed when Western Digital entered the race.

WD_BLACK with the brand identity taking black as the main color for more than 10 years is still the “flagship” storage product line of the manufacturer from the United States with high-speed HDD products. Since acquiring SanDisk in 2016, it has also launched market-leading SSD and NVMe solid-state drives with leading read and write speeds. In particular, SN850 is the flagship product line of the flagship. 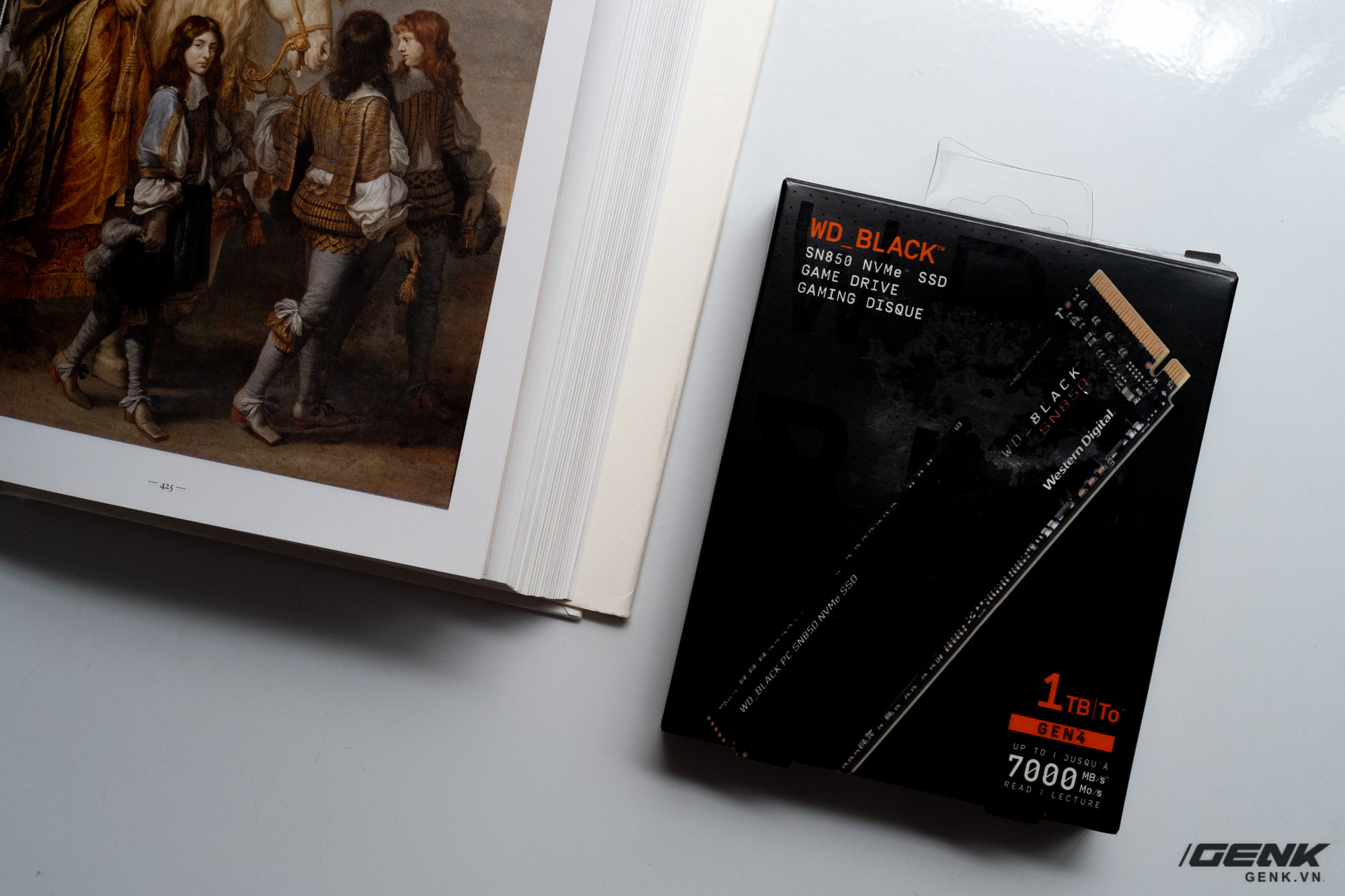 True to the brand name, WD_BLACK SN850 has a box design that takes the main black tone, dotted with a little orange. This color scheme is also applied to the drive management tool software.

Like the packaging of most NVMe on the market, the SN850 only has the manual and the hard drive is housed in a protective plastic tray inside. 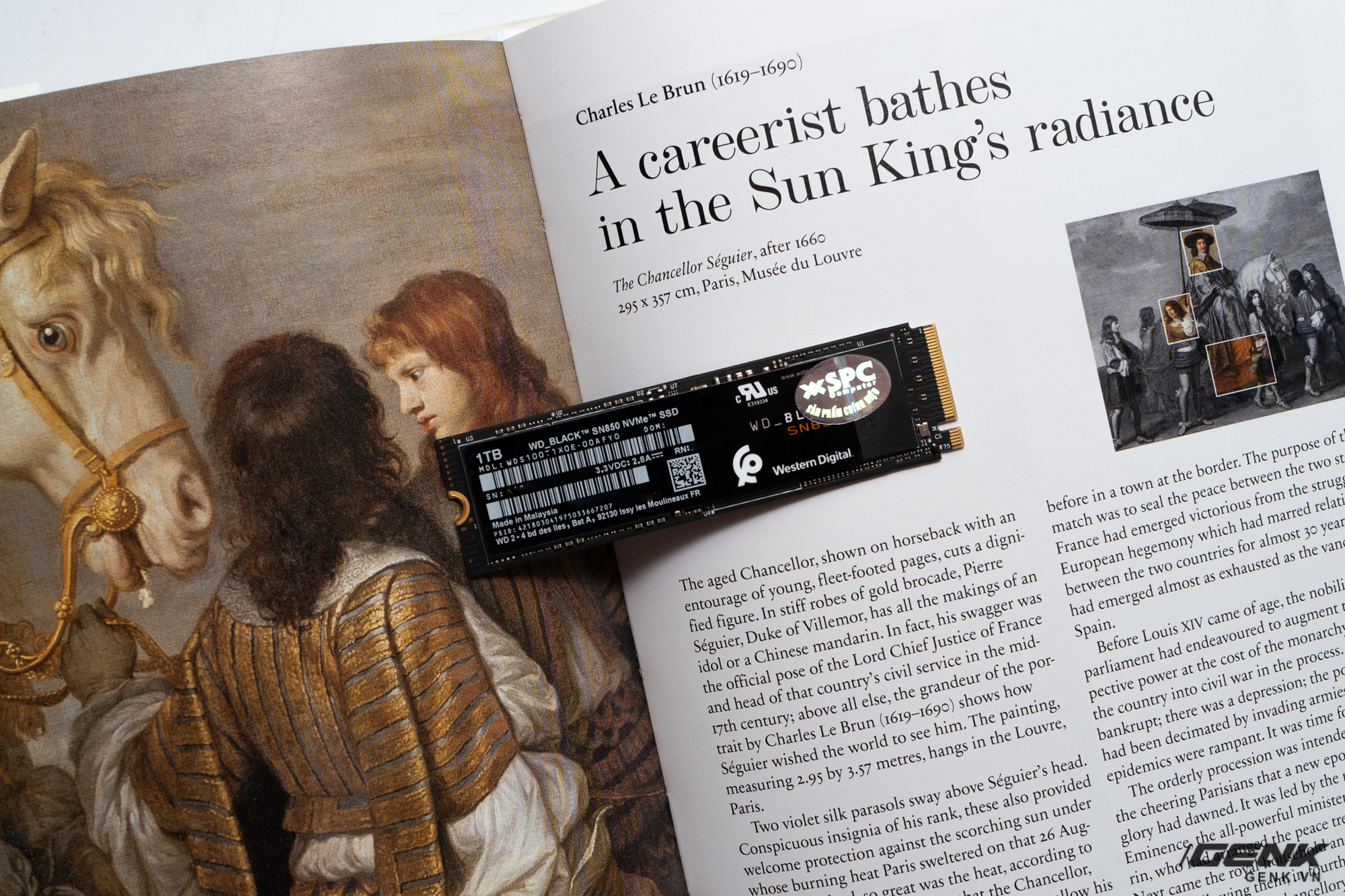 The top side of the SN850 prints the product code name, capacity, and origin. 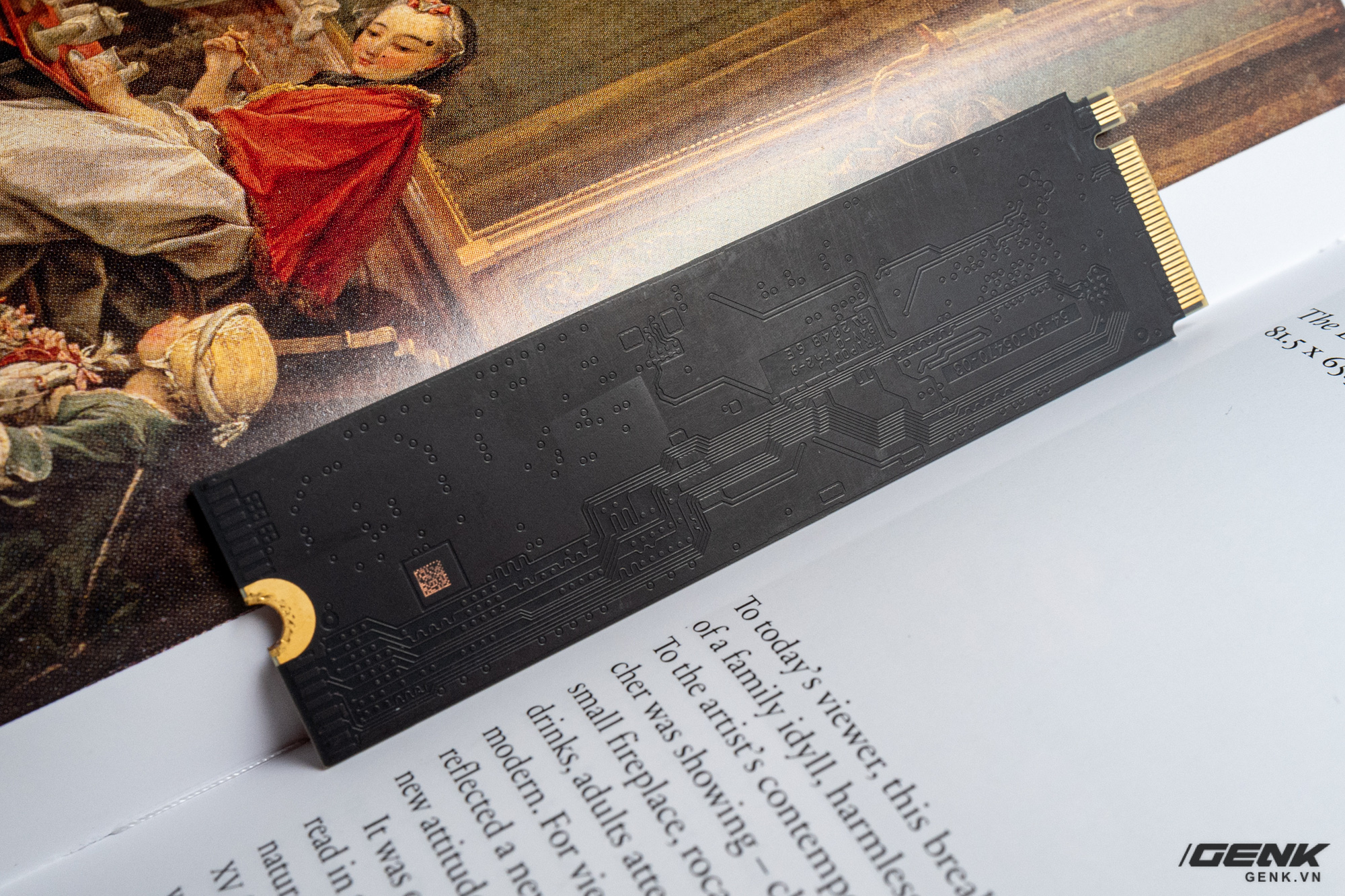 All components of the SN850 are placed on the top side, so the bottom side will just be the embossed lines of the circuit wire. There is also a QR code that matches the stamp on the top and corresponds to the technical information and identification. 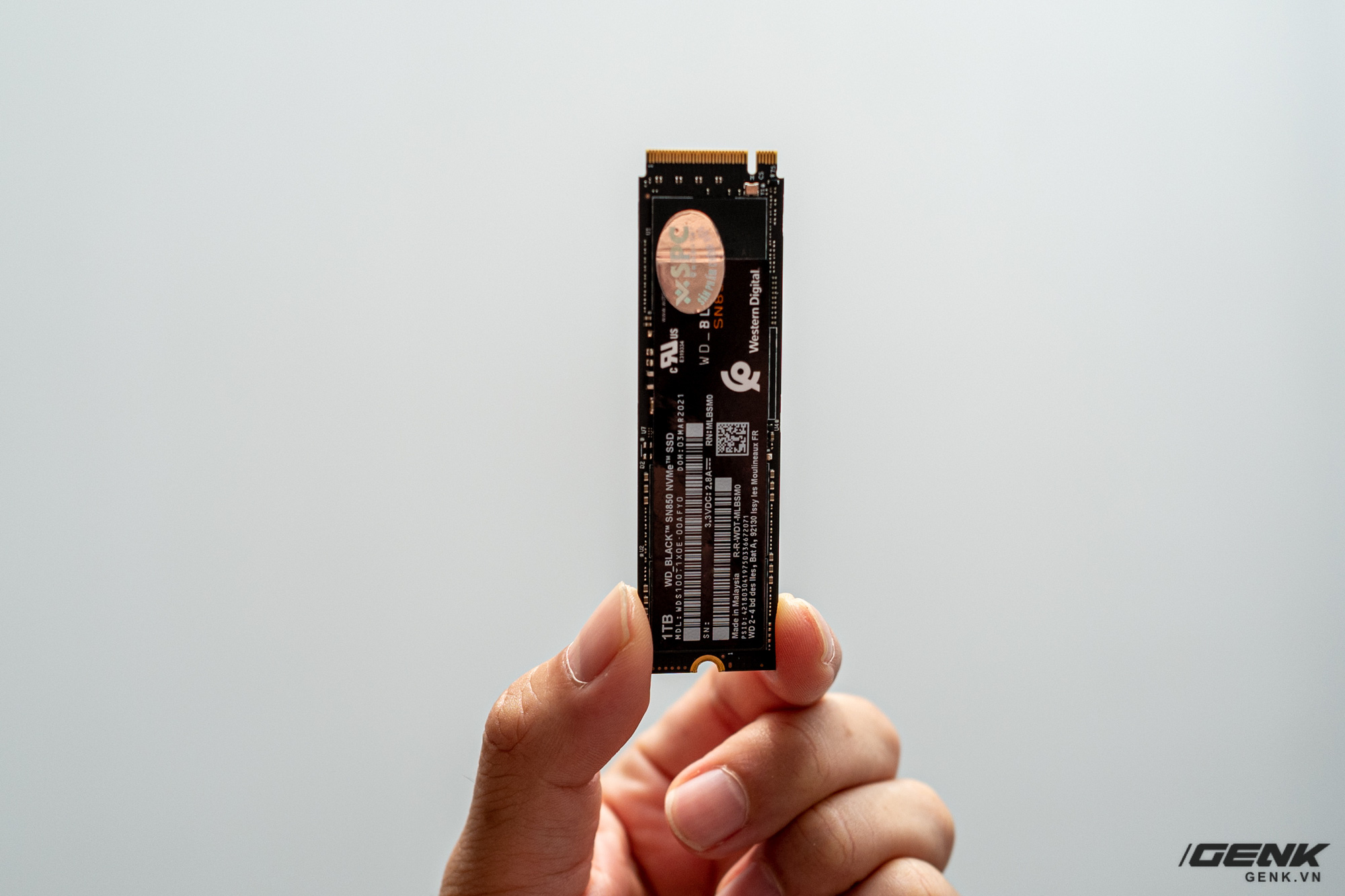 The standard 2280 size makes the SN850 compatible with nearly all devices that use the standard NVMe PCIe 4.0, from desktops, laptops or even PS5s.

One point to note is that the controller chip of the NVMe PCIe 4.0 series of drives will be very hot when operating, so to ensure performance, these drives will need to be cooled by the built-in aluminum NVMe heatsinks on mainboard or 3rd party with relatively cheap price.

The Western Digital Dashboard application will help display the information and data transmitted by the sensor. At the same time, users can update the firmware to ensure the best performance for the product.

The performance of the SN850 is undisputed, leading the market at the moment. With the popular CrystalDiskMark tool, the SN850 easily achieves sequential read speeds of nearly 7000MB/s and write speeds of more than 5300MB/s offered by the manufacturer. The 4KB block read speed at nearly 100MB/s is also quite impressive, enough to help your computer boot up in under 10 seconds.

With the ATTO Disk Benchmark tool, it can be seen that the read / write performance in blocks of 64KB and above is quite high, which means that the tasks of copy paste, load games, load high-capacity videos for daily rendering will be performed at high speed.

Actual testing by copying a game folder with a capacity of about 80GB, the average speed reached 1.4GB/s and was kept relatively stable throughout the copying process, showing that the SN850’s cache works similarly. relatively stable. 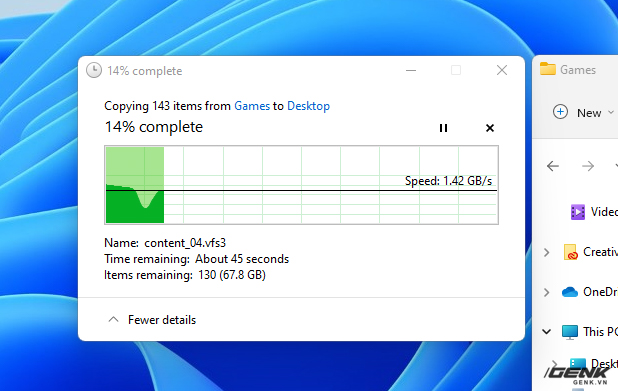 To sum up, WD_BLACK SN850 1TB has been holding the throne in performance in the NVMe PCIe 4.0 segment with high read/write speed and much more stability than other competitors. The only minus point of this NVMe in particular and NVMe PCIe 4.0 in general is the relatively high price. 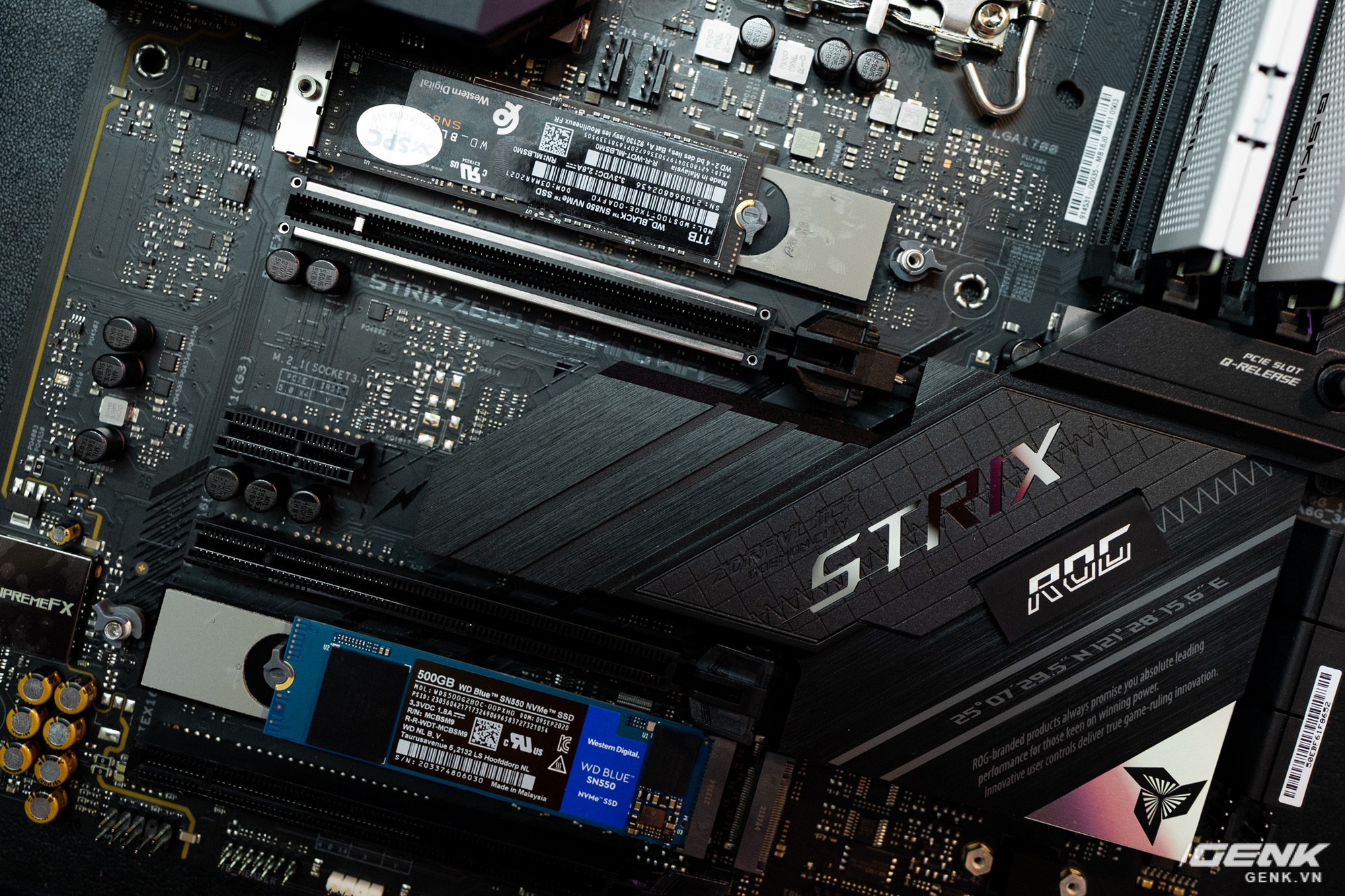 Either way, a fast hard drive is still a bottleneck of the system, so it’s not a problem to invest a little more, especially when you often have to deal with large files like 4K or high video. than. As for general needs or to store games, the NVMe PCIe 3.0 series like the SN750 are completely enough.