According to the New York Times, from Moscow to Phoenix and from China to rural Australia, body freezing giants are facing new straining pressures for an industry that has long been faced with skepticism or hostility from medical institutions.

When the body of an 87-year-old man in California was brought into the operating room just outside of Phoenix (USA) to prepare for the mummification process waiting for resurrection in 2020, the Covid-19 pandemic was at its peak and the The medical program is being applied all over the country. 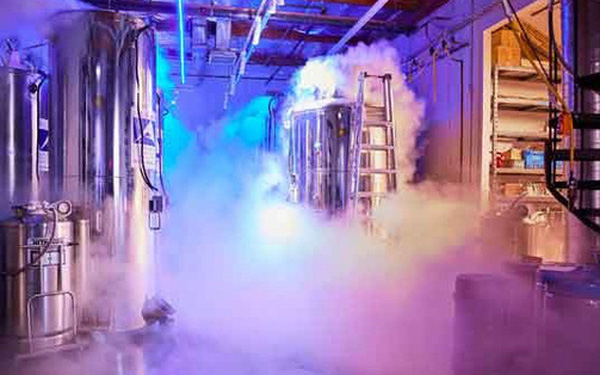 Normally, the case like this man needs to pump at least 14 bags of chemicals. But during the Covid-19 epidemic, pumping large amounts of chemicals into the body is a problem. If the old man is infected with Covid-19, small gas particles can escape during the pumping process and infect medical staff. So the surgical team adopted new procedures that use less chemicals but also reduce the effectiveness of the freezing process.

It was an elaborate workaround, especially when the patient was declared dead more than a day earlier. This man went to the operations room of the Alcor Life Extension Foundation – located in an industrial park near the airport in Scottsdale, Arizona – to accept a posthumous freeze in the hope that one day, perhaps decades or Centuries later, he could be resurrected. 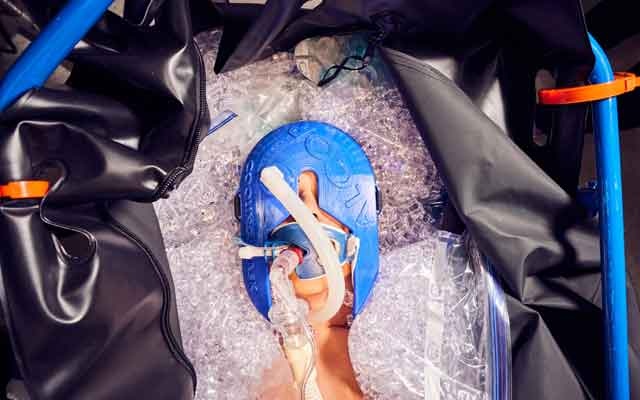 Model of the frozen corpse in the operating room of the Alcor company. Photo: New York Times

In some cases, Covid-19 precautions have limited the parts of the body that can be filled with protective chemicals to limit damage from freezing. Alcor, which has been in business since 1972, introduced new rules in its operating room last year that limit the application of a medical-grade anticoagulant solution to a patient’s brain, leaving everything below the neck unprotected.

In the case of the California man, things were even worse because he died before completing the legal and financial arrangements with the Alcor company. So there was no disposal team ready for the moment the old man passed away. Usually, treatment teams will arrive at the hospital before the victim dies so that they can react promptly.

When the old man’s body was brought to Alcor’s operating room, it took a long time for the treatment team to successfully inject chemicals into the body and brain. The untimely handling and less than usual amount of chemicals left the old man’s body with minor injuries when refrigerated in a large aluminum container, filled with liquid nitrogen, cooled to minus 196 degrees Celsius.

Max More, the 57-year-old former chairman of Alcor, thinks that the damage caused by ice crystals to his body can be cured by science and technology later, especially when the brain is damaged very slightly. . The brain is the most important, so it is usually taken separately, dipped in a “nerve” preservative.

“I always sign up for a neurological exam. I don’t understand why anyone would want to carry a dead body with the expectation of being revived. In the future, it might be easier to regenerate the body. Everything. the important lies here”, Mr. More said as he pointed to his head. “It’s where my personality and memories are kept… Other parts are replaceable.”

China will dominate this field? 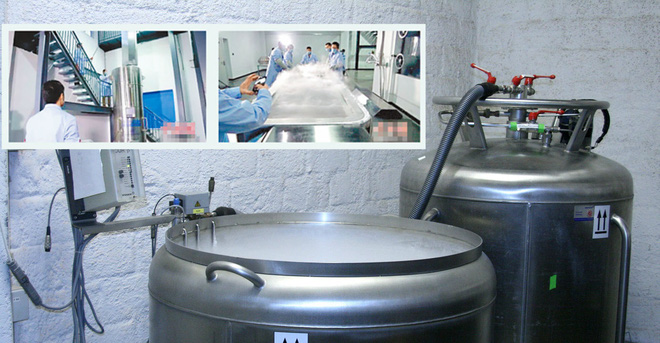 During a pandemic, due to fear of death, more people are interested in applying for cryopreservation procedures that can cost up to $200,000.

Valeriya Udalova, 61, chief executive officer of KrioRus, which has been active in Moscow since 2006, said: “Perhaps, the Covid-19 pandemic has made many people realize that their life is the most important and decide to invest in the future after death.”. KrioRus is the only Russian respawn freeze service company with European facilities. KrioRus and Alcor also reported receiving a record number of requests in recent months.

Jim Yount, a member of the American Cryonics Association, said he often sees medical crises or death that make more and more people think of freezing to wait for resuscitation. “Covid-19 shows the fact that we are not immortal“, said Mr. Yount, who is 78 years old this year.

Freeze in the middle of a pandemic

After having about 1 order per month in the 18 months before the pandemic, Alcor had only 6 customers as of January 2020. But the company KrioRus is busier than ever when up to 9 customers agree to freeze bodies during the pandemic, according to Ms. Udalova. Visa and quarantine regulations have delayed access to some overseas customers’ bodies by up to four weeks. The company often has to work with local partners to get to the bodies in South Korea, France, Ukraine, and Russia, as quickly as possible.

Various problems have emerged in Australia, which has some of the strictest border controls in the world. Southern Cryonics, a start-up, was unable to bring in foreign experts to train its employees. This caused Southern Cryonics to delay for a year a plan to open a facility capable of freezing 40 bodies.

In China, the newest company in the field, Yinfeng Life Sciences Research Institute, also halted public visits to the institute’s cold storage facility in Jinan, capital of Shandong province. This makes it difficult to find and convince customers.

China did their first cold storage in 2017, and Yinfeng’s storage bins only hold about 10 customers.

But Aaron Drake, the company’s clinical director, who moved to China after seven years as Alcor’s medical response leader, noted that it took Alcor more than three times as long to reach the body count. preserve it.

Yinfeng has priced itself at the top of the market alongside Alcor, with a fee of $200,000 for the full body treatment and $80,000 for the nerve unit. Alcor has the largest number of signatories: 1,385 people, coming from 34 countries. (Premiums are usually funded from life insurance policies.)

China has about 60 committed clients, while KrioRus says it has recruited 400 clients from 20 countries. Cryonics Institute has a different business model, charging a base fee as low as $28,000, and asking for an additional $60,000 if members want fast shipping and “backup” teams like Alcor’s. KrioRus is even cheaper.

The strongest reason to believe that China will dominate the sector is not just its population of 1.4 billion, but the people’s views on it. Not limited to science, Yinfeng is the only company supported by the government and accepted by mainstream researchers.