The 14 largest cryptocurrency miners in the world moved more than 2 million miners out of China in the months following the ban, according to the Financial Times. This amount of machinery was quickly transferred to the US, Canada, Kazakhstan and Russia.

Bit Gigital, one of the world’s largest cryptocurrency miners, hired a shipping company to get its assets out of China and is still waiting for a batch of nearly 1,000 machines to get out of the ports. in New York. 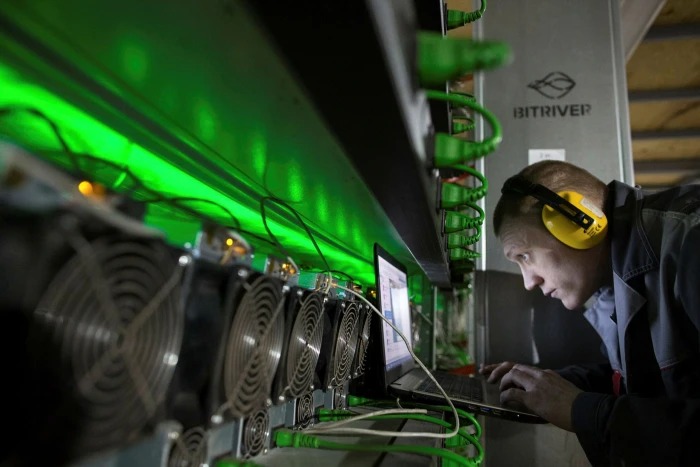 “We started the migration from March 2020. When the ban was announced, we still had 20,000 miners in China“, said Sam Tabar – Chief Strategy Officer of Bit Digital. However, the company said it had to give up 372 machines in China because of “out of date”.

Eight of the company’s 10 largest mines have expanded their mining pool since China’s ban was announced, according to the FT.

Miner liquidation frenzy due to the ban from China has caused the price of Antminer S19 – one of the most popular miners in the world – to drop 41.7% in the May-July period.

Bitmain, the maker of the S19, sold 30,000 machines to Marathon Digital Holdings, a Las Vegas-based miner, in August, while Maryland-based Terawwulf also purchased 30,000 more. Bitmain announced in June that it would stop selling the machines to relieve market pressure.

In addition to the US, Kazakhstan has also become one of the leading cryptocurrency mining centers. FT data shows that the majority of miners imported to Kazakhstan come from Chinese mining company Bitfufu. The company has shipped 80,000 machines to farms in Kazakhstan. Bit Mining also shipped 7,849 machines in August.

Roman Zabuga, a spokesman for BitRiver said: “The market has moved from a lack of equipment to a lack of places to place it“. A few weeks before the ban, the company had to decline a deal with a Chinese customer looking to sell off 1 million units.

According to Jaran Mellerud, analyst at Arcane Crtypto, there are less than 700,000 Chinese miners that have not been turned back on after the ban and are likely in storage. Since many of these are older, like the Antminer S9, shipping to the US isn’t cost-effective. In July, the price of the S9 dropped to $367.

Older models tend to be shipped to Venezuela or Paraguay, where there are less complicated regulations and cheap electricity.

Juan Jose Pinto, co-founder of Doctor Miner, a mining company in Caracas, said China’s ban was a “great opportunity”. “So far, we have contacted 3 major Chinese mining companies to get around 7,000 machines. If there are more, we can still store more“, this man said.

Pinto says his company pays about $0.01 per kWh of electricity, which means it can use older, power-hungry machines like the Antminer S9. Although these machines are prone to failure, Pinto and his team have found a way to keep them running. “If I had 1 machine with 4 broken parts and another with 6 broken parts, I would merge them and hopefully make a good digger“.

With Venezuela’s current bleak economy, cryptocurrency mining is a way for locals to earn extra income. “Everyone mines at home with only 1 machine. There are also thousands of small farms here. Earning an extra 100 USD per month makes a huge difference for them“, Pinto said.