After announcing the Pixel 5a at the end of August, Google is said to be working on a successor to the phone, called Pixel 6a. Recently, a leak expert OnLeaks just shared a series of renders of the Pixel 6a, thereby giving us a clearer look at the design right before the launch date. 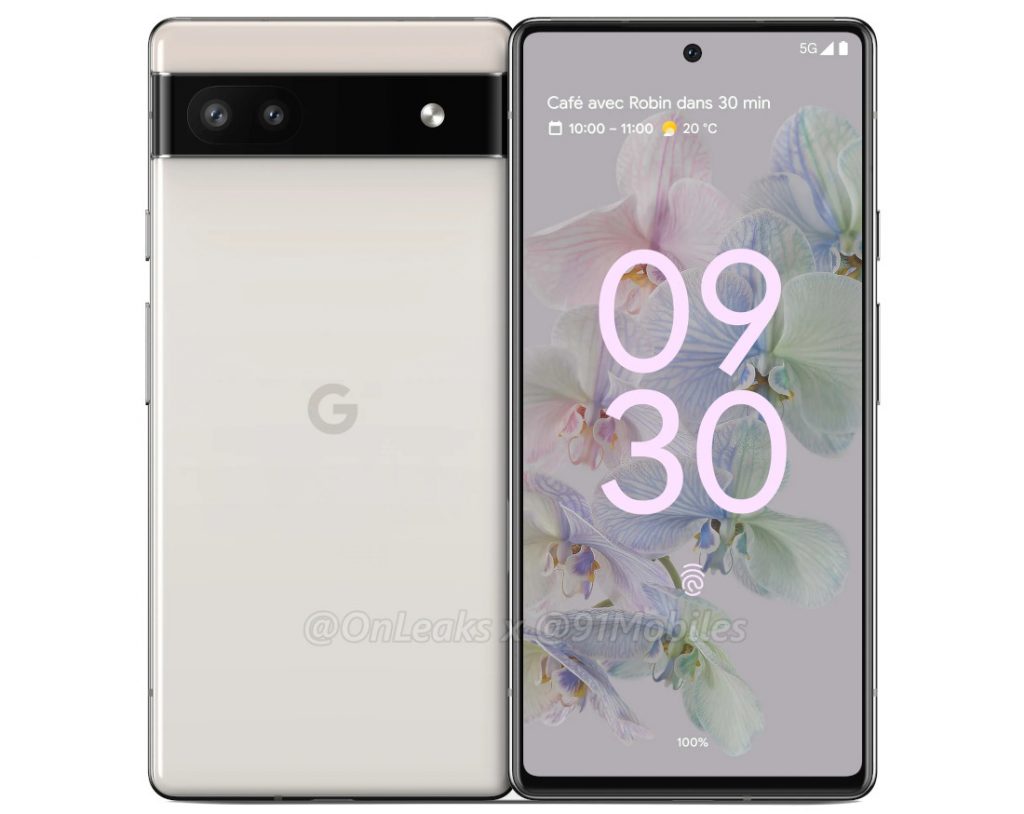 Specifically, the series of renders show that the Pixel 6a will have a flat screen with a “mole” in the middle. The device uses a 6.2-inch OLED panel, smaller than the 6.34-inch screen on the Pixel 5a. In addition, it also integrates a fingerprint sensor below the screen.

Moving to the back, Pixel 6a will have a horizontally arranged camera cluster similar to the Pixel 6 but a bit smaller, with a 50MP Samsung GN1 main sensor and a 12MP ultra-wide-angle camera. The device will likely come with a metal frame and a glass back, with no 3.5mm headphone jack.

Pixel 6 has a physical size of 152.2 x 71.8 x 8.7mm, the thickness at the location of the camera cluster is 10.4mm. By comparison, it can be seen that the phone will be slightly thicker than the Pixel 5a, so it will most likely have a larger capacity battery (compared to the 4680mAh battery on the Pixel 5a).