According to The Vox, the electric car industry will dominate the US sooner or later. The White House even announced a plan to make half of all new cars sold in 2030 in the US be electric cars. A series of big names like GM or Volvo are planning to switch from petrol cars to electric cars.

With a future where electric cars take over, gas stations in the US as well as around the world are starting to enter a recession cycle and have to find a new way out of their own.

But with electric cars, the need for gas stations gradually disappears. Although many stations have arranged charging plants for electric vehicles (EVs), people still tend to prefer charging at home. In addition, the profit from charging the gas station is not worth much and they will die if they can no longer sell gas.

Besides, due to the convenience of charging, the charging plants can be arranged anywhere, from the pier to the Starbucks store. Obviously, Americans will not need gas stations anymore if electric cars gradually take the throne.

“The great thing is that you won’t have to be tied to gas stations when you’re on the go. It’s much easier to find where and how we want to charge our car compared to those giant expensive gas stations. that you have to build deep into the ground to create storage,” said Rob Barrosa, sales and marketing manager of Electrify America, which provides charging networks for Volkswagen’s electric vehicles.

According to a forecast by the Boston Consulting Group, about 80% of the retail gasoline market will lose money in 2035. Many gas stations out of more than 100,000 stations across the US will have to close because if they only rely on Sales of supermarkets at these stations are not enough. 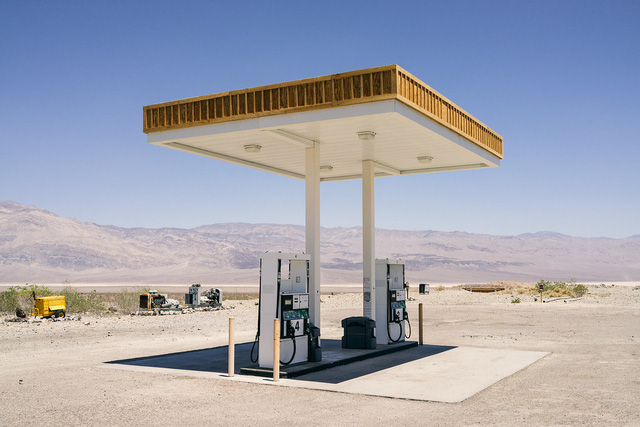 Vox notes that it is very difficult for gas stations to try to change to catch up with the electric vehicle industry because transforming the structure into an electric vehicle charging station is too expensive, while the government and companies can It is possible to build an entire charging network on a large scale, turning gas stations into leftovers.

Many experts have predicted that electric vehicle charging stations will change when they are spread across the United States. Some models such as gas stations, parks and shopping centers have been planned, where people can walk, rest, shop or even exercise while waiting for a charge.

Gas stations are often intermediaries between petrol companies and drivers. Exploiting, refining and petrochemical firms need a distribution network while drivers need places to fill up, go to the toilet, eat, and rest along the way. Gas stations also have a source of income by selling food, alcohol, tobacco, lottery, etc. through supermarkets built nearby. Some stations even have repair shops or upscale restaurants.

In order to keep up with the electric car trend, many gas stations have installed Level 3 standard chargers, which can charge the vehicle’s power for 32km in just 1 minute. With the potential to be eliminated by electric vehicles, gas stations are aiming for the advantage of faster charging than home chargers or other conventional charging stations to find a way to survive.

Currently, many charging stations in the US are simultaneously pumping gasoline and charging electricity to keep up with the times, but not every station can change. Installing charging plants, including connecting to a standard electrical system, can cost tens of thousands of dollars depending on the location and this is too expensive for small gas stations. Even the number of costs can be higher because technicians have to dig through asphalt to install electrical wiring, but still have to ensure safety because they are close to fuel tanks. Even a small electrical leak can cause an accident. In addition, gas stations also have to buy transformers to increase electric capacity to provide enough power to charge EVs.

Chris Bambury, owner of a chain of gas stations in California, said that installing four EV chargers alone at one location cost him $500,000. Fortunately, the US government covers about 90% of the cost through the electric car stimulus program, otherwise there is no way Mr. Bambury can afford to install these expensive things.

However, the fate of gas stations in the US is also quite hopeful because according to the plan of the Department of Energy, many public charging stations, although with lower capacity and longer charging, have wide coverage, from hotels to hotels. , motels, commercial centers to parks. That’s not including the charging networks of private companies that support EV companies like Blink, Electrify America or Chargepoint.

Usually, these companies will arrange their charging networks around parking lots, restaurants or supermarkets, where drivers can look for work while waiting for the car to be fully charged.

According to Vox, the US government is trying to convince people that electric cars are easy to use and can go as far as petrol cars, so they have decided to invest money to build a large electric charging network. The White House has announced a $5 billion plan to build more than 500,000 charging stations across the country between now and 2030.

This money will be distributed down to each state and the planners expect 1 electric charging station every 80km of the highway. Not to mention the states themselves also have their own budgets to support the construction of their own charging stations. 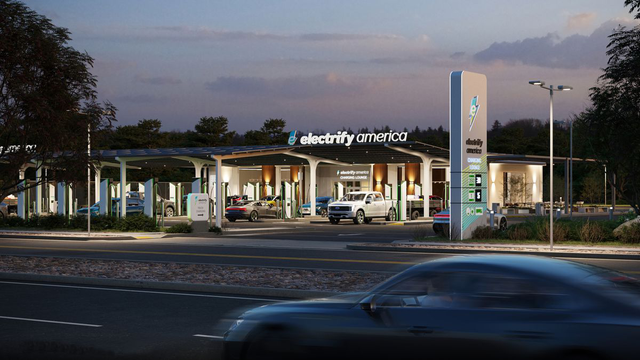 Refusing to lie down and wait to die, the federation of petrol stations and many lobbying organizations of the petroleum industry got involved. In Georgia, a federation of gas stations lobbied to pass a bill that would limit the electric vehicle segment.

However, difficulties are still many with gas stations. Although Level 1 home charging devices are quite slow, it is still enough for families to plug in overnight. They can now charge their car just like a laptop or phone.

In addition, a fully charged electric car can travel up to nearly 420km, so most users only need to charge it once a day.

Thus, customers of large charging stations will mainly be those who often run long distances. This is evident with the example in Norway where 90% of new cars sold today are electric. Although gas stations in Norway are trying to change such as moving to long motorways or installing Level 3 equipment, most people in this country usually only visit once a month.

The Vox reports that electric cars are now changing not only the way people get around, but also the culture of pumping gas. Many companies like Electrify America plan to build super-luxury charging stations, combining tourist offices, event spaces … in California and New York by the end of this year.

Also in California, Tesla built a charging station that combines a bar, a cafe with free wifi. Car manufacturers like Porsche or Audi are also planning similar.