With the slogan “Play hard, study hard”, Chang has attracted more than 1.9 million views of his math lessons. 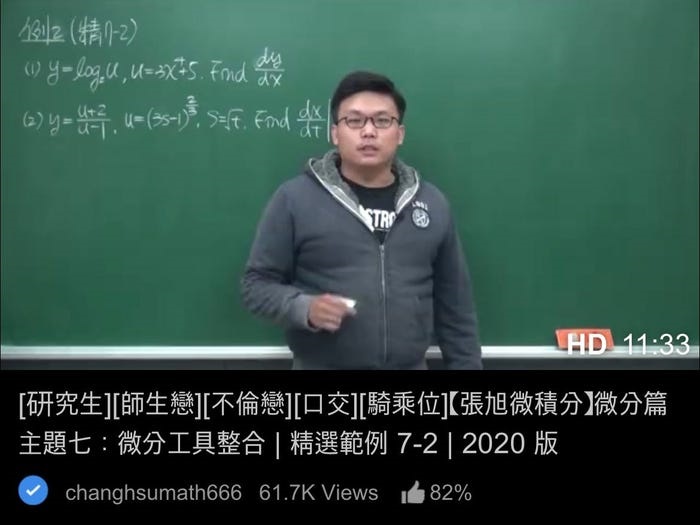 “The online teaching market is highly competitive, and I can now attract 1,000 students a year, compared with an average of several hundred for a math tutor in Taiwan who has taught the subject,” said Chang. study for 15 years”.

“I asked myself where to find my target students, male college students, and the answer appeared: adult video platforms,” he said.