If you’ve ever observed a colony of ants, you’ve probably seen kisses regardless of their gender. The worker ants come out of the nest to feed, ready to press their mouths against each other in public and exchange wet kisses.

Entomologists call this behavior trophallaxis, a compound word “tropho” mean “feed, take care” still “allaxis” mean “exchange“. That’s because at first they thought that the ants only kissed to pass on food. But it turns out that kissing in ant society is much more complicated than people imagine. 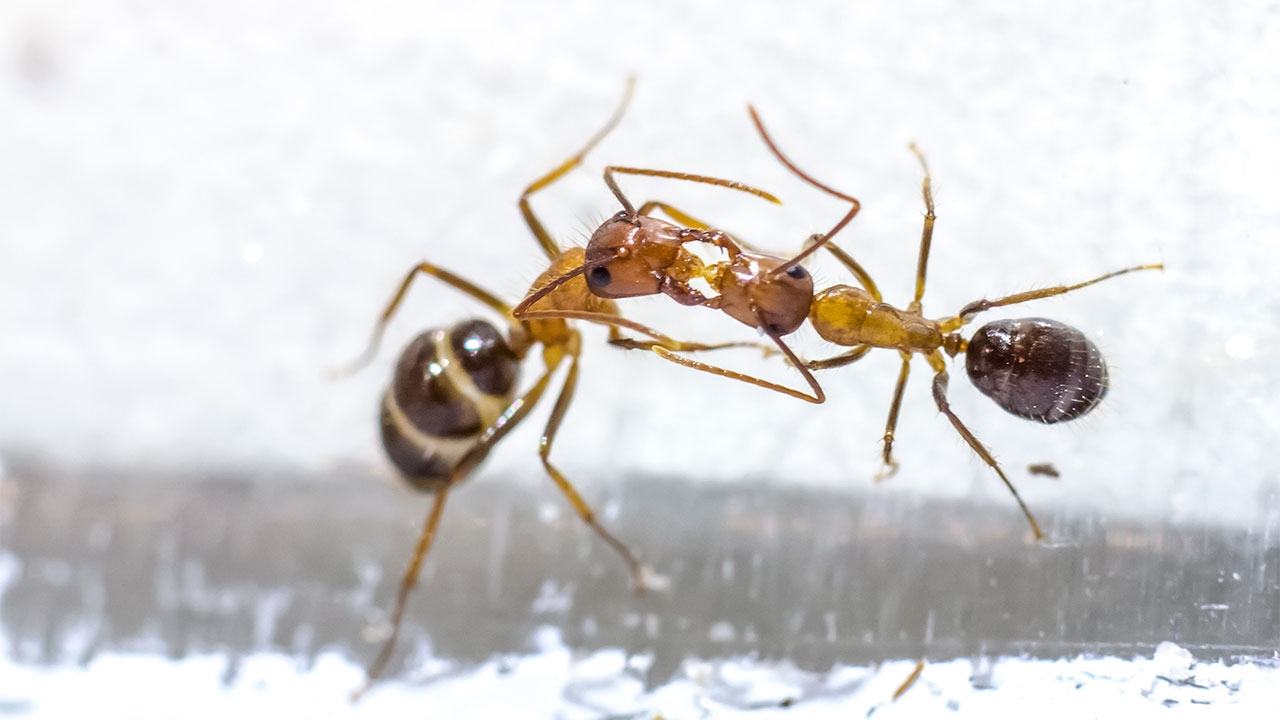 “Ants have two stomachs – one to digest their food and another to go ahead, which acts as a ‘social stomach’ to store liquids they share with their members. the other member in the herd“, said Adria LeBoeuf, a biologist from the University of Fribourg, Switzerland.

Ants store a fluid of hundreds of compounds in their social stomachs. When they meet another ant, they will regurgitate this liquid and pass it on to each other through kisses.

The smooth running of an ant’s nest relies entirely on the lubrication of the fluids ants burp from their stomachs. Without the steamy, quick and awkward kisses, ant society would probably fall apart. 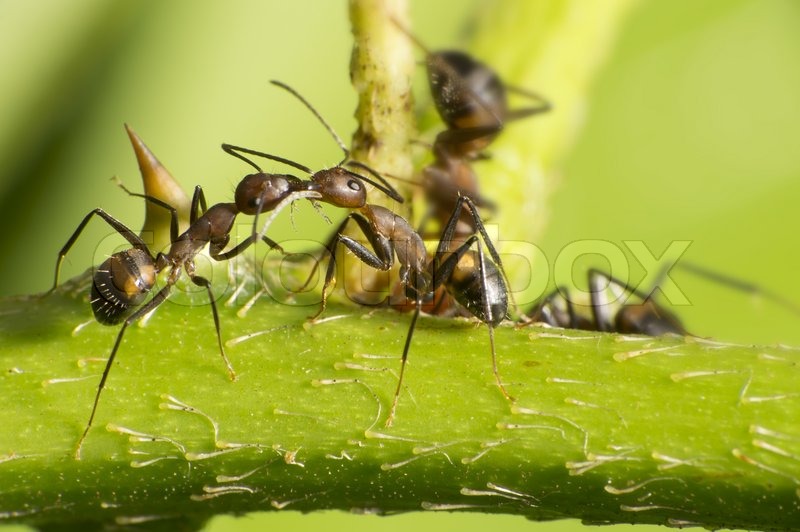 In a new study published in the journal eLife, LeBoeuf and colleagues extracted the liquid that a species of carpenter ant (Camponotus floridanus) keeps in its social stomach. They found that the saliva that carpenter ants exchange in kisses is chock full of different biomarkers, depending on the nest and its mission.

With 40 fluid samples collected across 70 anthills, LeBoeuf found the presence of 519 proteins. But only 27 of those proteins were present on a large scale, regardless of the ant’s life cycle, life stage or environmental conditions.

Beyond those core proteins, the remaining biomarkers are a treasure trove of diversity. They contain a wide range of chemicals, including proteins involved in growth, digestion and immunity; a nest mate marker and a larval hormone that regulates ant reproduction, development and behavior.

For example, ants in a younger nest often have more proteins involved in the digestion and processing of sugars.social stomach” Meanwhile, the ants living in the older nest often pass on proteins necessary for the development and metamorphosis of larvae and young ants. 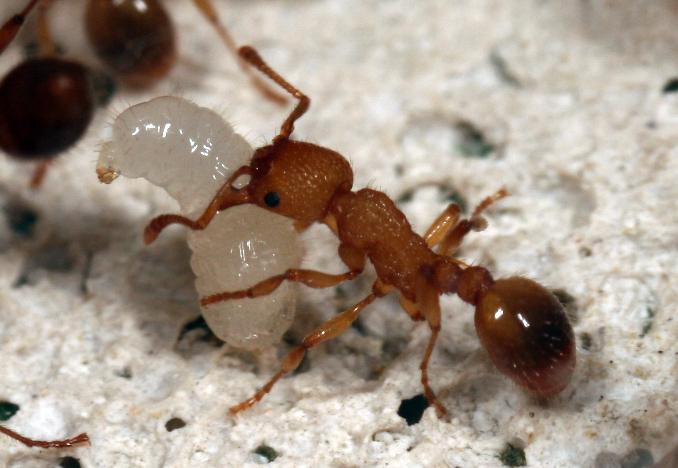 Nurse ants feed on larvae, and their kiss determines how the larvae grow?

Ants that feed on larvae are called ants “nanny” and their job is very important. When they nourish the larvae, they can release hormones that control the growth of young ants.

“Previously, scientists thought that this protein was already present in the blood of the larvae,” LeBoeuf said. But it turns out not, the nanny ants passed them on to the young through kisses.

It is the protein in the saliva that determines how the larvae will grow. In other words, the ants are given their mission and destiny after being born and after they kiss a foster nanny. Young ants can become workers or scouts (bigger) depending on the kiss they received from their nanny as babies.

In return, the nanny ants are also given longevity kisses from worker ants. LeBoeuf observed that old nests containing many nanny ants are often very long-lived. The saliva collected from these ants contains a large amount of protein that fights oxidative stress, an element that helps fight the aging process from occurring.

This suggests other ants are passing on life-extending molecules to nannies, who need to live longer to nurture the next generation of anthills. In other words, the worker ants in the colony may be doing the heavy lifting not for their own benefit, but for the sake of the nanny and future generations of the nest.

Ofer Feinerman, a biophysicist at the Weizmann Institute of Science in Rehovot, Israel, says the new findings now reveal the kisses and molecules present in ant saliva.play a very active role in regulating the behavior and structure of the population in the anthill“But before, he and other scientists used to”consider them just by-products.”

“This suggests that salivary exchange behavior may hold many unexplored roles even in other animals.”, LeBoeuf said. 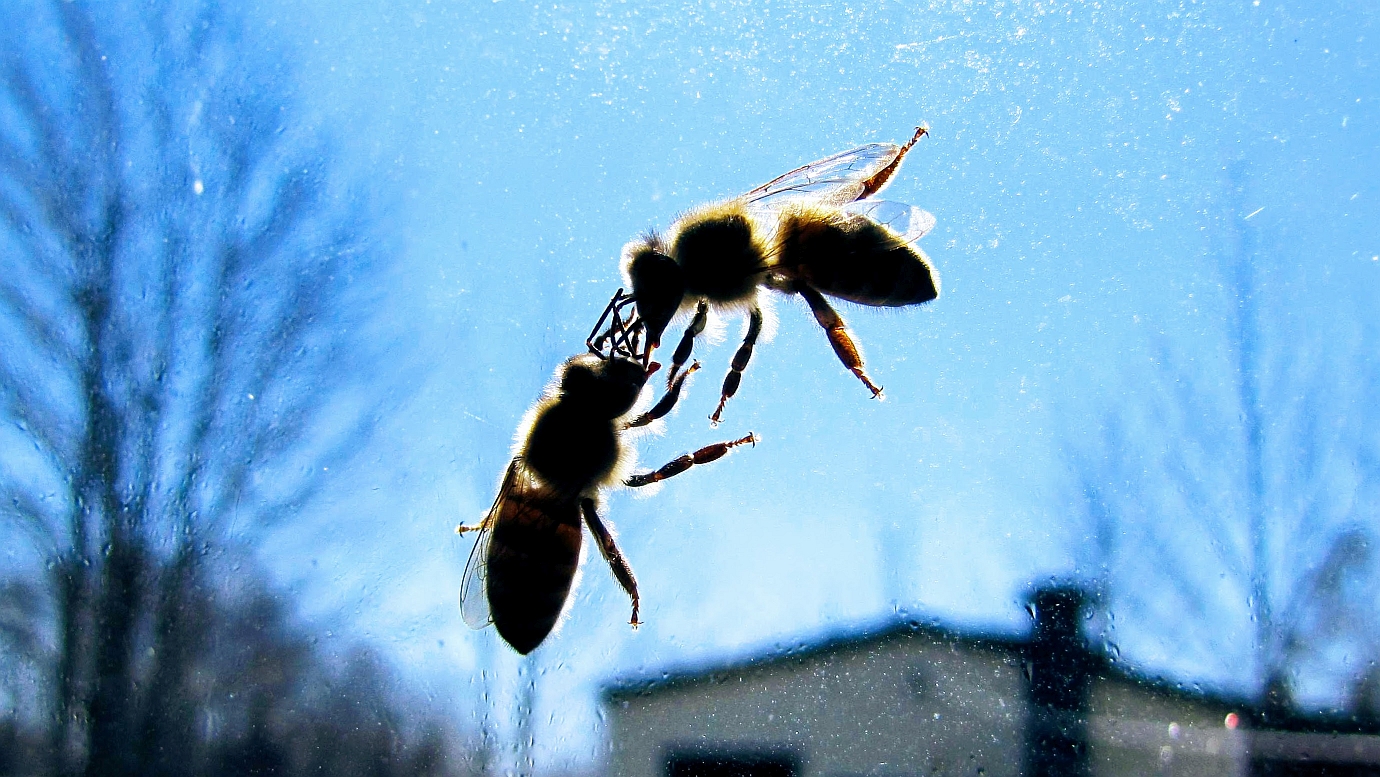 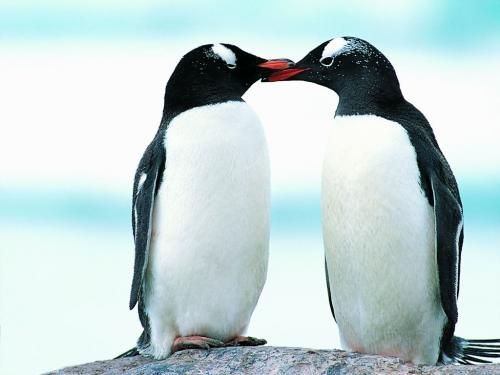 The behavior of trophallaxis is also present in many other animals.

It’s clear that it’s not just ants, other insects like fruit flies, honey bees and wasps also have very complicated kisses. Birds also exchange food with each other through their mouths, and humans often kiss each other.

“There are many forms of liquid communication waiting to be discovered,” LeBoeuf said. So, even our kisses, inside of which can exist invisible chemical signals that have never been known.