Continue the timing circuit in the previous section. In fact, around the time the murder was discovered, pictures and articles circulated online that deliberately enlarged the size of the corpse to give off an air of horror and spirituality. To restore the actual crime scene, we can redraw the crime scene with equal scale lines (note that there are protrusions where the pipes connecting to each other are only 3cm long). 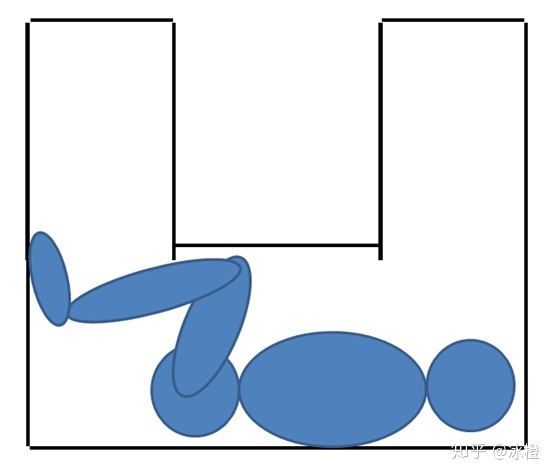 Naoyuki Sugano’s height is about 1.7 meters. According to the body proportions of an Asian adult male, his upper body length (from the top of his head to the bottom of his crotch) is about 93 cm. At this rate, in fact, the operating space in the pipeline was still enough for someone like Naoyuki to be able to adjust the posture inside.

Furthermore, can’t men with a shoulder width of 40 cm really enter a 36 cm diameter tube? In fact, the average person only needs to try to bring his arms in front of his chest to easily enter a place that is a few centimeters narrower than shoulder width. Therefore, it is not impossible to forcefully, deliberately insert him inside the toilet pipe.

Judging by the fact that Naoyuki didn’t have many injuries (only scratches in the joints), he didn’t seem to have struggled too much before being stuffed in. The case could therefore be considered that he was incapable of resisting when stuffed, or perhaps he was already unconscious at the time.

When Naoyuki was found, his calves were already curled up. If we think that he was forced into a coma, his position at first would look like the figure below. 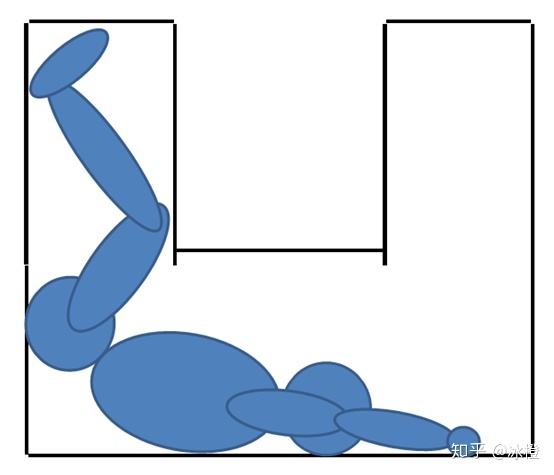 In this position, Naoyuki was actually able to climb out of the pipe again with a slight adjustment, since the lid didn’t close completely, his foot could kick out of the cap and it didn’t take too much effort to maintain it. Maintain an inverted position and then use the strength of your lower limbs to bring yourself out of the pipe.

This may sound contradictory, because when Naoyuki was discovered, he was completely trapped inside, and he didn’t see any signs of trying to get out.

The reason is very simple, if he doesn’t know when he was stuffed inside, what will he do when he wakes up and finds himself in a strange, smelly, dark and small enclosed space? Naoyuki wouldn’t be able to figure out where she was for a while and would just try to look for the light and think that was the way out.

Unfortunately, this light happened to be at the exit of the pipe in front of him, and he could only do his best to allow himself to crawl forward thus flexing his legs to gain momentum. front. However, the mouth of the toilet was only 20 cm in diameter and he couldn’t get out.

During this time, Naoyuki loses her temperature in the cold, may feel herself getting hotter and hotter due to hypothermia, so she has to take off her shirt (explain this phenomenon you can see here). In fact, the diameter of the pipe where the victim’s upper body lies has reached 47 cm, enough for the victim to complete the undressing movement. It is conceivable that he must have cried out for help for a long time in this desperate situation – unfortunately his cry for help did not reach anyone’s ears. 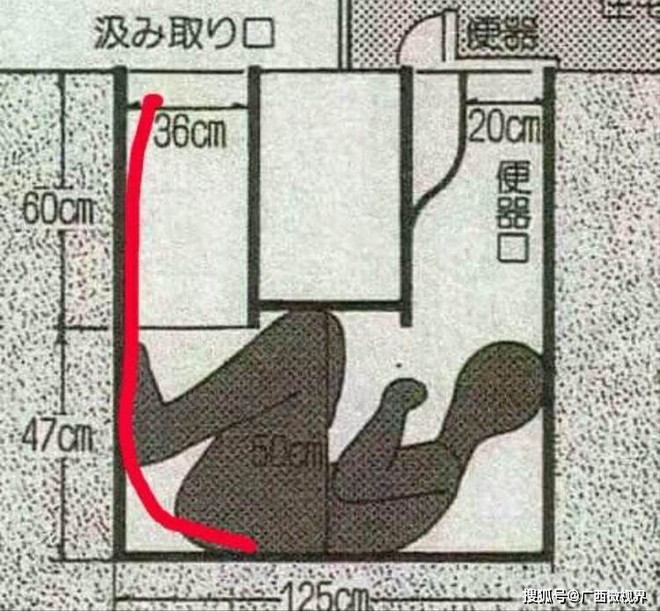 In 1996, Japanese director Fumaki Watanabe shot the movie “バリゾーゴン” based on the background of this case. In the film, Naoyuki is portrayed as an upright young man and is killed in the toilet’s pipe for exposing the shady village chief election. The film was only circulated in Japan as a videotape, so it did not attract much attention. 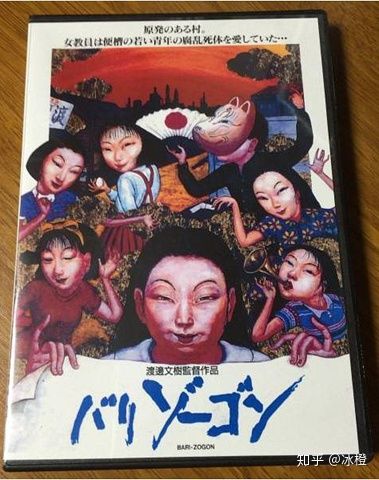 It is not uncommon for perverts to sneak into sewer pipes to spy in Japan. In 2015, Yasuomi Hirai, 28, was accused of hiding in a sewer in the Okamoto area for five hours. to use his smartphone to take pictures of women’s underwear on the street.

One of the pervert’s victims discovered something suspicious when she saw the man’s hair peeking out from under the manhole. Soon, she sought out the patrol police to report her suspicions.

After arresting Hirai from the sewer, the police found in his phone many clips and pictures of women’s underwear on the street. Before the evidence and witnesses at the scene, this man could not deny his crime and was quickly escorted to the police station.

Here, he pleaded guilty and said he forced himself in a sewer only 60 cm deep and 28 cm wide for many hours just to look at and photograph women’s underwear.

It is known that this is the second time in three years Hirai has been arrested for this crime. Before that, in 2013, he was also caught snooping in the toilet at Konan Women’s University, Japan. At that time, he presented his “perverted wish” to the police: “I want to be reincarnated as a street surface so that I can comfortably look at women’s underwear”.