Every year around the world, about half a million people suffer spinal cord injuries as a result of traffic accidents, falls or victims of violent acts. The consequences of such an injury are terrible. It can permanently rob them of their mobility.

Victims are often paralyzed from the pelvis down or even quadriplegia up to the neck. Every doctor who graduates from medical school is haunted by the words: “There is no way to reverse spinal cord damage.”, often emphasized in all medical textbooks to highlight the prevention of these injuries, or to prepare life support measures for the patient if they survive. 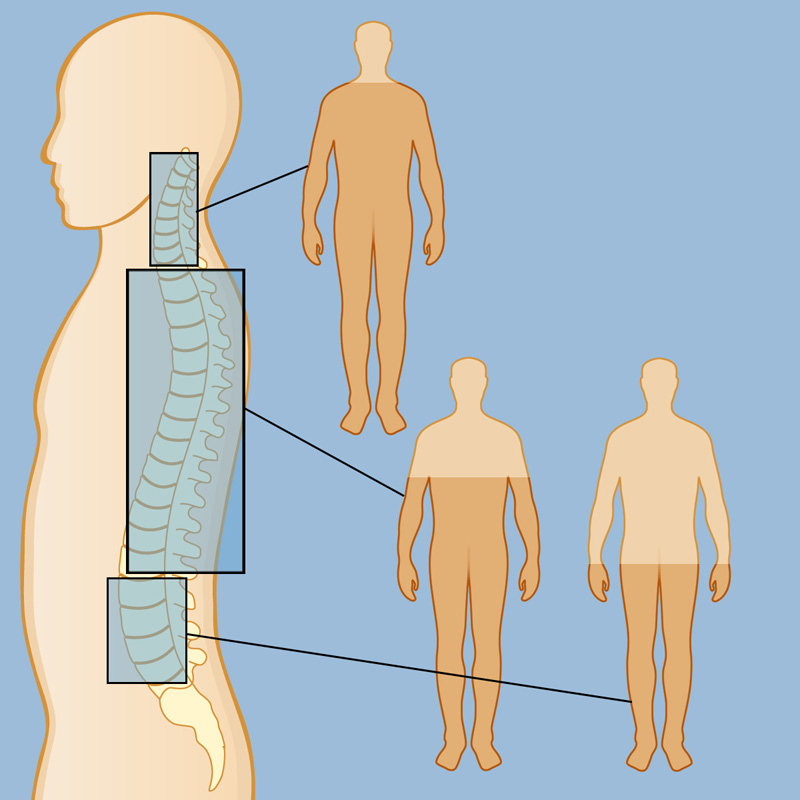 Injuries to spinal regions can cause paralysis, from half of the body to the entire body.

That means if a loved one has to go into the operating room after a spinal cord injury, start thinking about a wheelchair, physical sessions, and psychotherapy for them later.

The surgery itself won’t help. Doctors are just trying to clean up debris in the wound. This is to give their patients pain relief, and spinal cord injuries are something doctors know they can’t heal.

However, that desperate prognosis may begin to change from now on.

A dose of medicine injected into the spine to cure paralysis

In a new study published in the journal Science, scientists from Northwestern University, USA claim they have successfully developed an injectable drug that promotes cell regeneration and reverses the condition. paralysis in rats with spinal cord injury.

These mice were originally hemiplegic but when injected with the drug were able to walk after 4 weeks. With these very promising initial results, the scientists plan to submit an application for human trials as early as 2022.

“The goal of our research is to develop a therapy that can be applied to humans, bringing it to hospitals to help prevent severe paralysis after trauma or those paralyzed by a serious illness.“, said Dr. Samuel Stupp, who led the study. 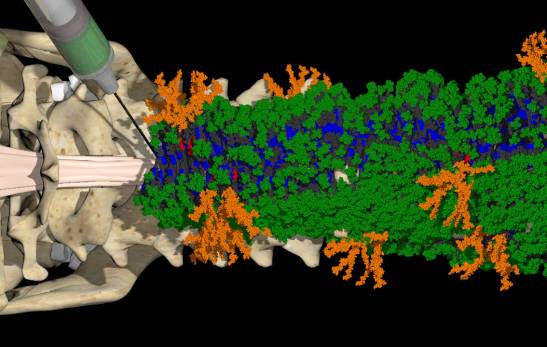 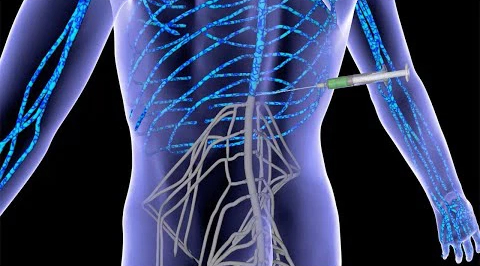 When injected as a gel into the tissue surrounding the spinal cord, the drug helps regenerate damaged nerve cells.

In addition to direct trauma affecting the spine, complications from cancer, inflammation of the spinal cord, stroke, and even osteoporosis can cause paralysis.

Treatment of paralysis has long been one of the most difficult goals to achieve in modern medicine. For the past few years, doctors have been constantly experimenting with all the cutting-edge remedies they can think of:

From using stem cells to create new nerve cells in the spinal canal, gene therapy allows the body to produce certain proteins that aid in nerve repair, to injecting those proteins directly into the spine. However, most of these approaches are very expensive and the results obtained are quite limited.

So to find another way, the Northwestern University team used nanofibers to mimic the architecture of the extracellular matrix – a natural network of molecules that surrounds marrow tissue. Life’s job is to support its cells like scaffolding.

Each of these nanofibers is about 10,000 times smaller in diameter than a human hair, and they are made up of hundreds of thousands of bioactive molecules called peptides. When injected as a gel into the tissue surrounding the spinal cord, this nano-matrix helps to transmit signals and promote the regeneration of damaged neurons.

In a trial with two groups of mice paralyzed by spinal cord injury, the mice injected with the nanogel recovered their ability to walk after 4 weeks. The untreated group of mice continued to be permanently paralyzed, the results of the study showed.

After being treated with a nano-matrix gel, lower extremity mobility was restored.

To test how well the drug worked at the cellular level, the researchers looked at the recovery of spinal cord tissue in mice under a microscope. They found that the nano-matrix gel helped regenerate damaged axons of neurons. The scar tissue that forms from the injury, which acts as a physical barrier to cell regeneration and healing, is also significantly reduced.

In contrast, there is a miraculous revival of many motor neurons, which are supplied with adequate nutrients through the newly formed blood vessels in the wound. These blood vessels are revascularized by the scaffolding system that the nano-matrix gel creates.

Moreover, the nerve cells themselves are also strengthened. An insulating layer around cellular axons called myelin has been reformed. This insulating layer plays a very important role in the transmission of nerve electrical signals, which are what help control every movement in your body.

The therapy has also been shown to be safe, because the material used to make the nanogels is biodegradable. After they complete their task just a few weeks, the scaffolding matrices they create are automatically dissolved and become food for the cells.

The rat spinal cord was almost severed on the first day (above) and recovered almost completely by the 12th week after treatment. Regenerative blood vessels (red) develop through spinal cord cells (blue) and supporting tissues (green).

Another key finding of this study is that when the scientists made the nano-matrix gel fibers vibrate, the mice recovered even faster than the mice injected with the regular nano-matrix gel.

That’s because receptors in neurons and other cells are constantly moving around, Dr. Stupp explains. Vibrating the molecules in the nanogel could help them connect with neurons more efficiently. On the contrary, if they are left to stand still, these nanofibers will never be able to integrate into the “dance” of cells in the body.

There are more than 100,000 molecules dancing in the nanofibers (below) to bind to cell receptors (above).

With initial success in mice, Dr. Stupp said he hopes to be able to apply to the US Food and Drug Administration (CDC) for clinical trials of this nano-matrix gel therapy in humans. people in early 2022.

According to official statistics, in the United States alone, nearly 300,000 people are living with spinal cord injuries. Life for these patients after being paralyzed becomes extremely difficult.

The average cost of caring for a paralyzed person for life can run into the millions of dollars. Their life expectancy is also significantly reduced and there has not been any improvement since 1980.

“I want to solve this problem through my research“, said Dr. Stupp.The challenge now is how the FDA is going to look at this therapy because it’s really a completely new therapy.”