The dramatic Top 1 race of the Vietnamese team!

Reaching the top 1 in the rankings after the 2nd day of competition, VIE1 has become the only hope for Vietnam to have a chance to win the Gold Medal at the 31st SEA Games. However, the number of points is different from the team. 2nd place is only 16 points – a number that is not really safe for VIE1 to confidently maintain its ranking on the final day of competition. 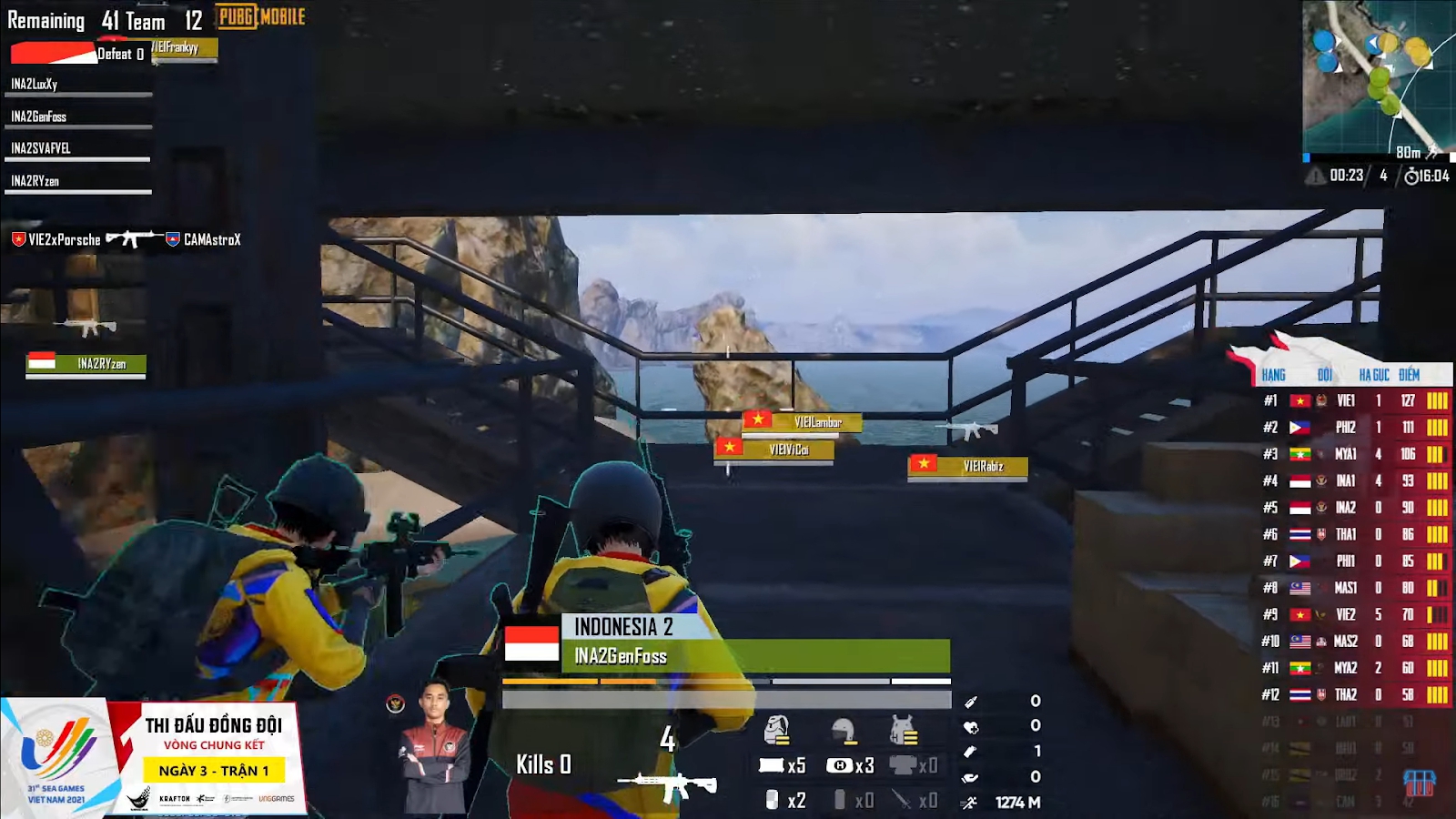 Right in the opening game, VIE1 was at a disadvantage when the 4th circle narrowed, causing their entire squad to cross the river on INA2. 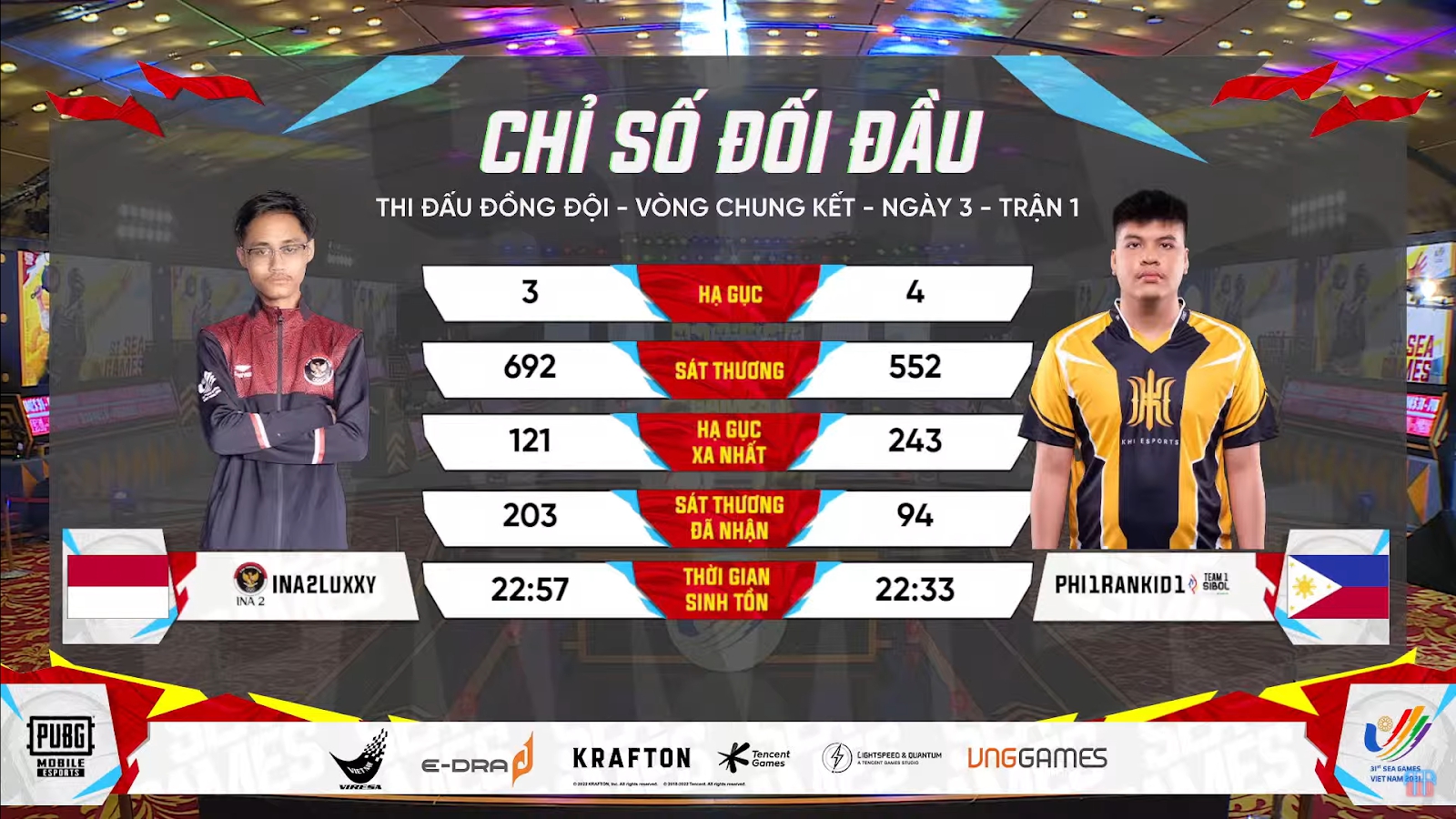 Thanks to that, LuxXy’s legion quickly rose up with 9 kills and caught up with PHI2 on the leaderboard! 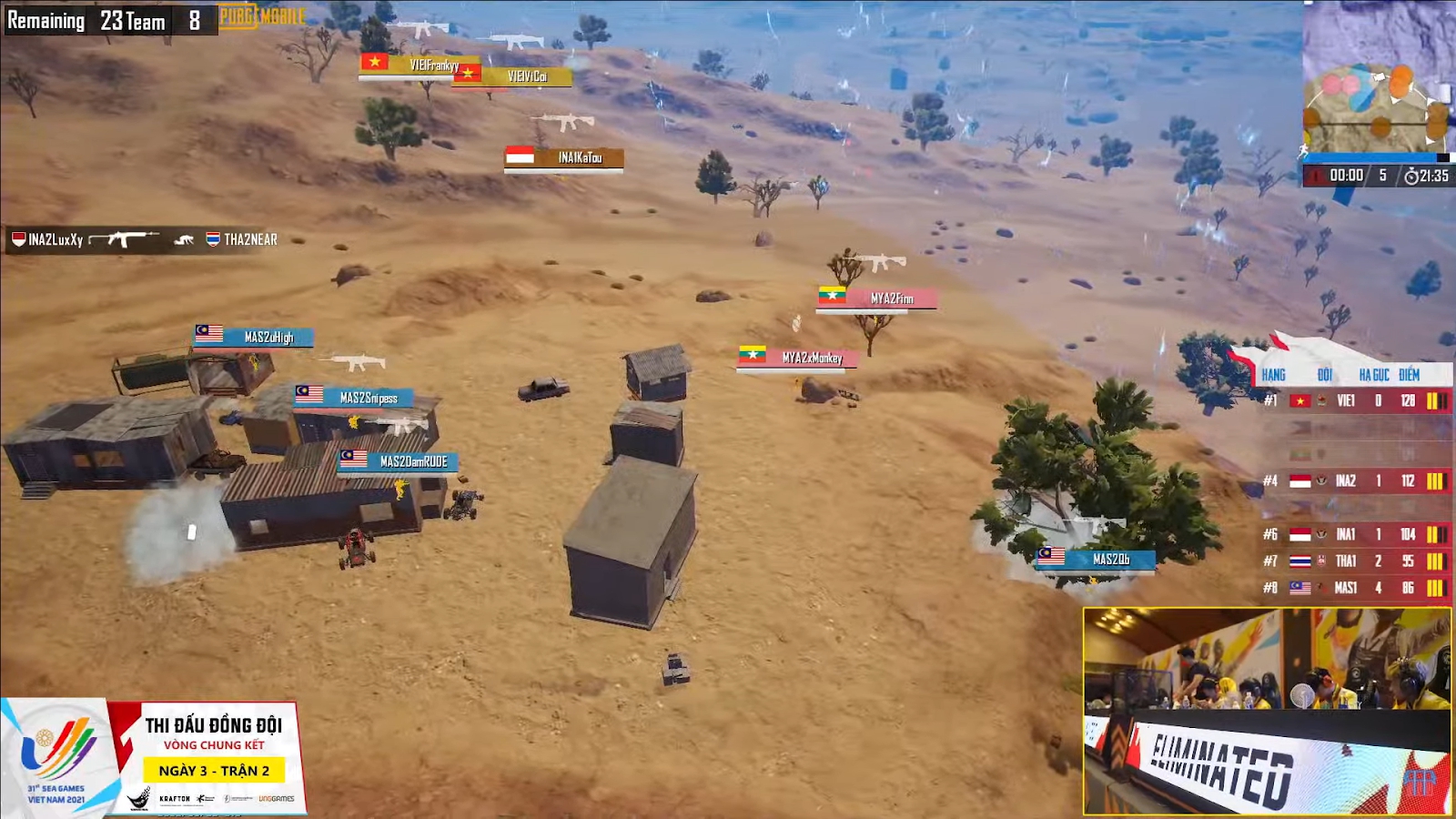 The hunt for scores of Vietnam and Indonesia was quickly interrupted by Malaysia 2 when they were lucky to capture a prime house in the 12th game. 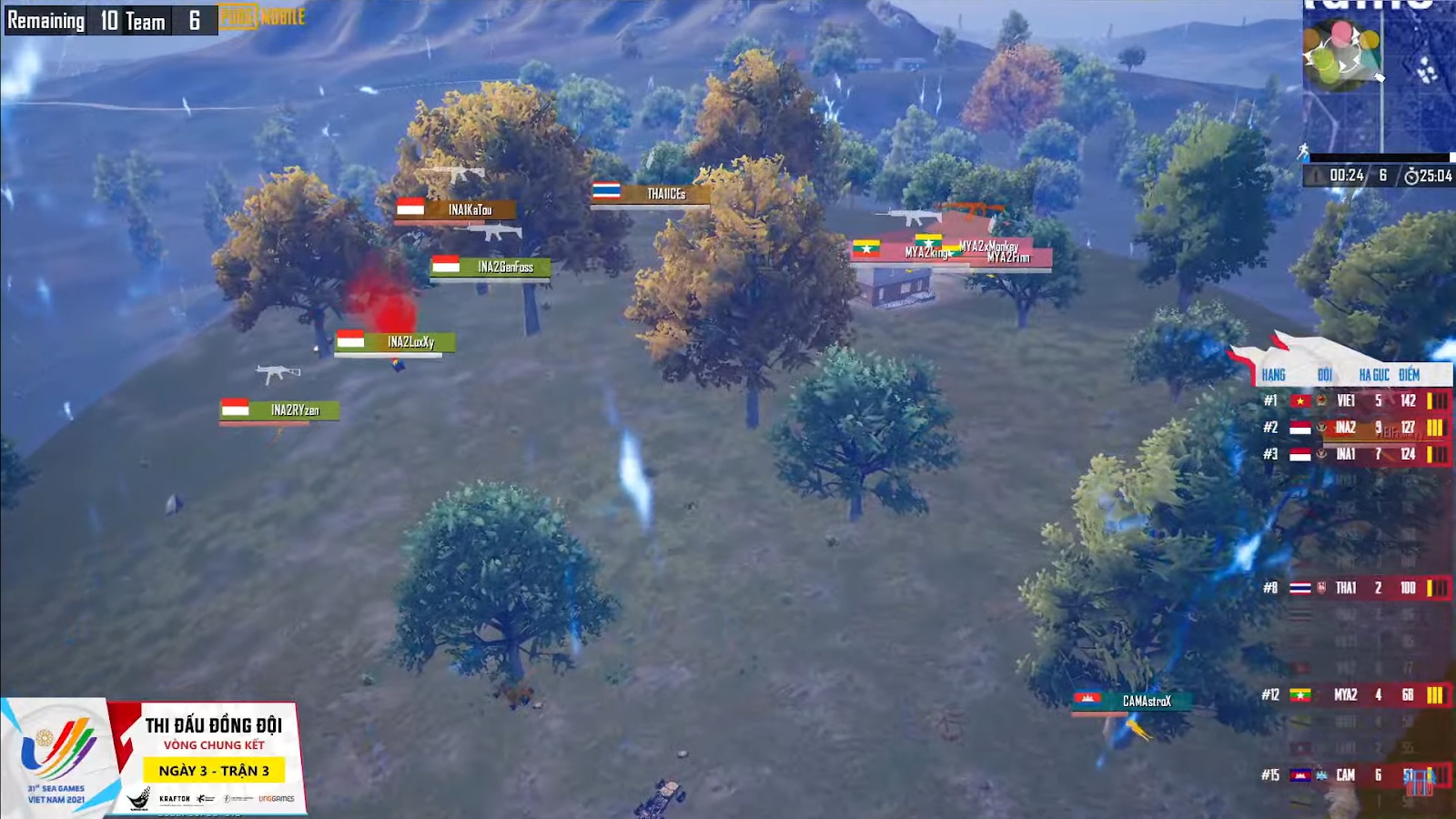 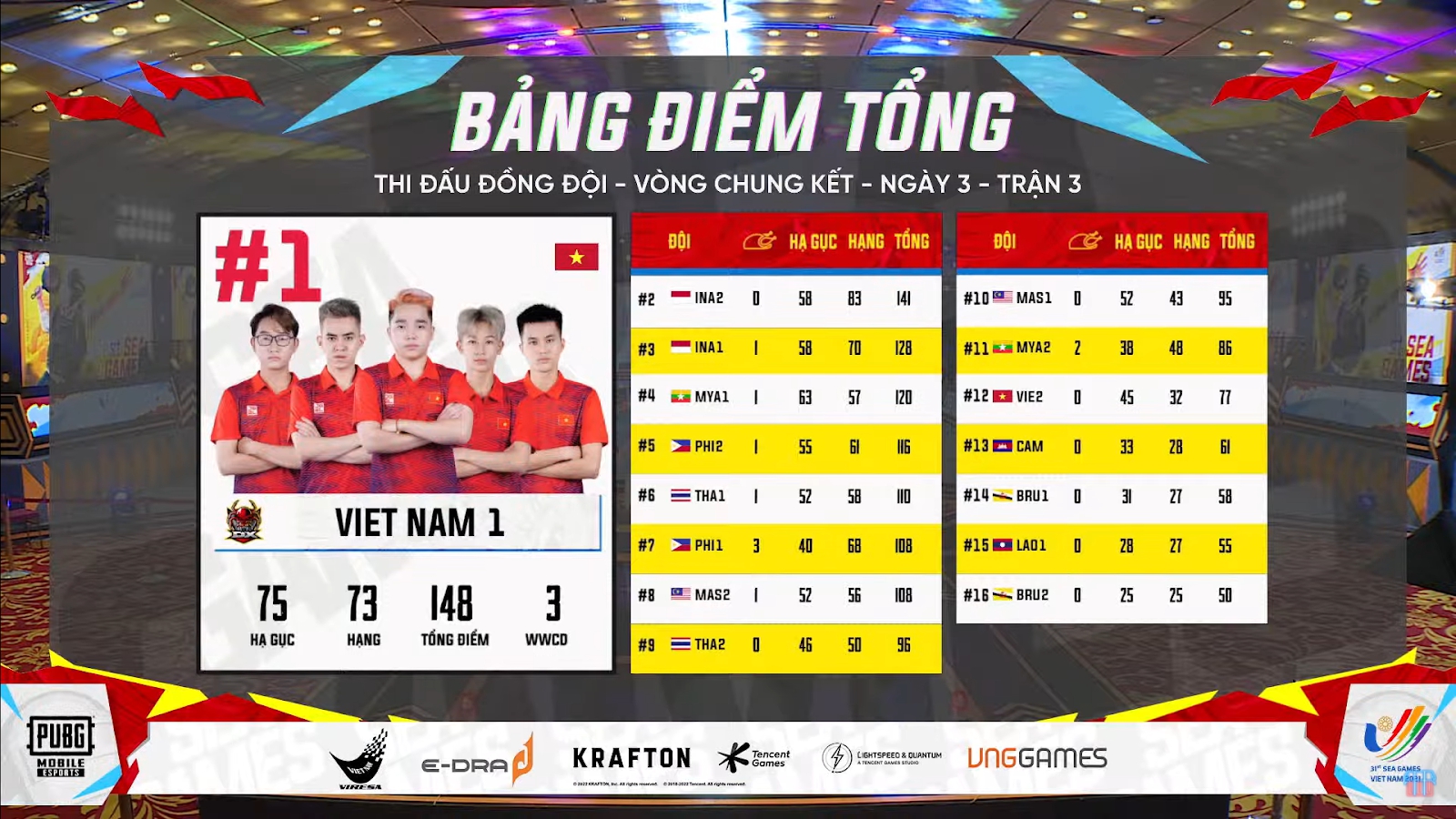 Thanks to that, both Indonesian teams blew away the Philippines and directly threatened VIE1’s leading position. 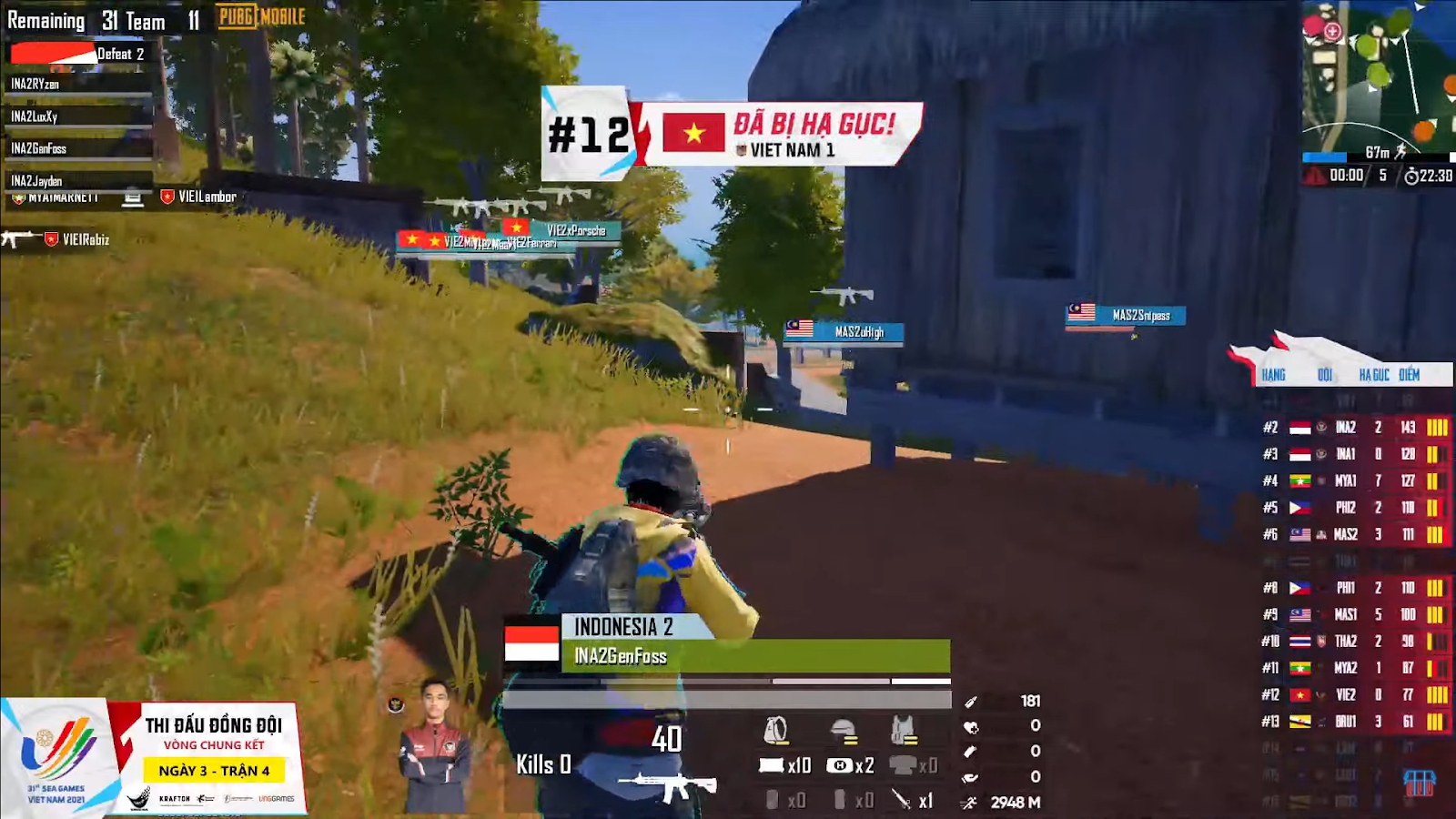 Continuing to stop at the top 12, VIE1 and INA2 by default became the two most targeted teams in the final matches. 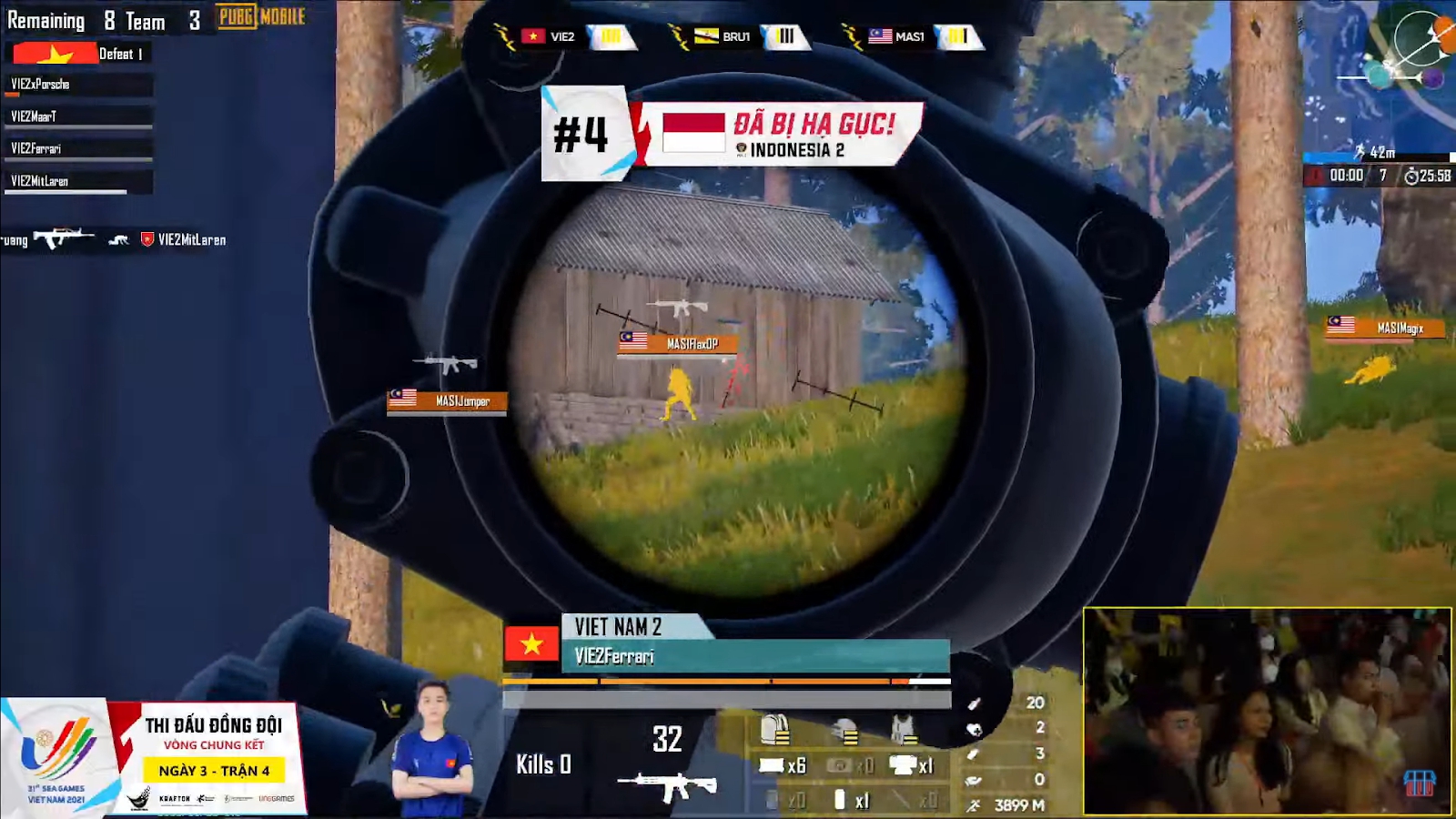 However, Jayden cleverly pulled the top 4 for INA2 and helped this team rise to overtake VIE1’s top 1 position. 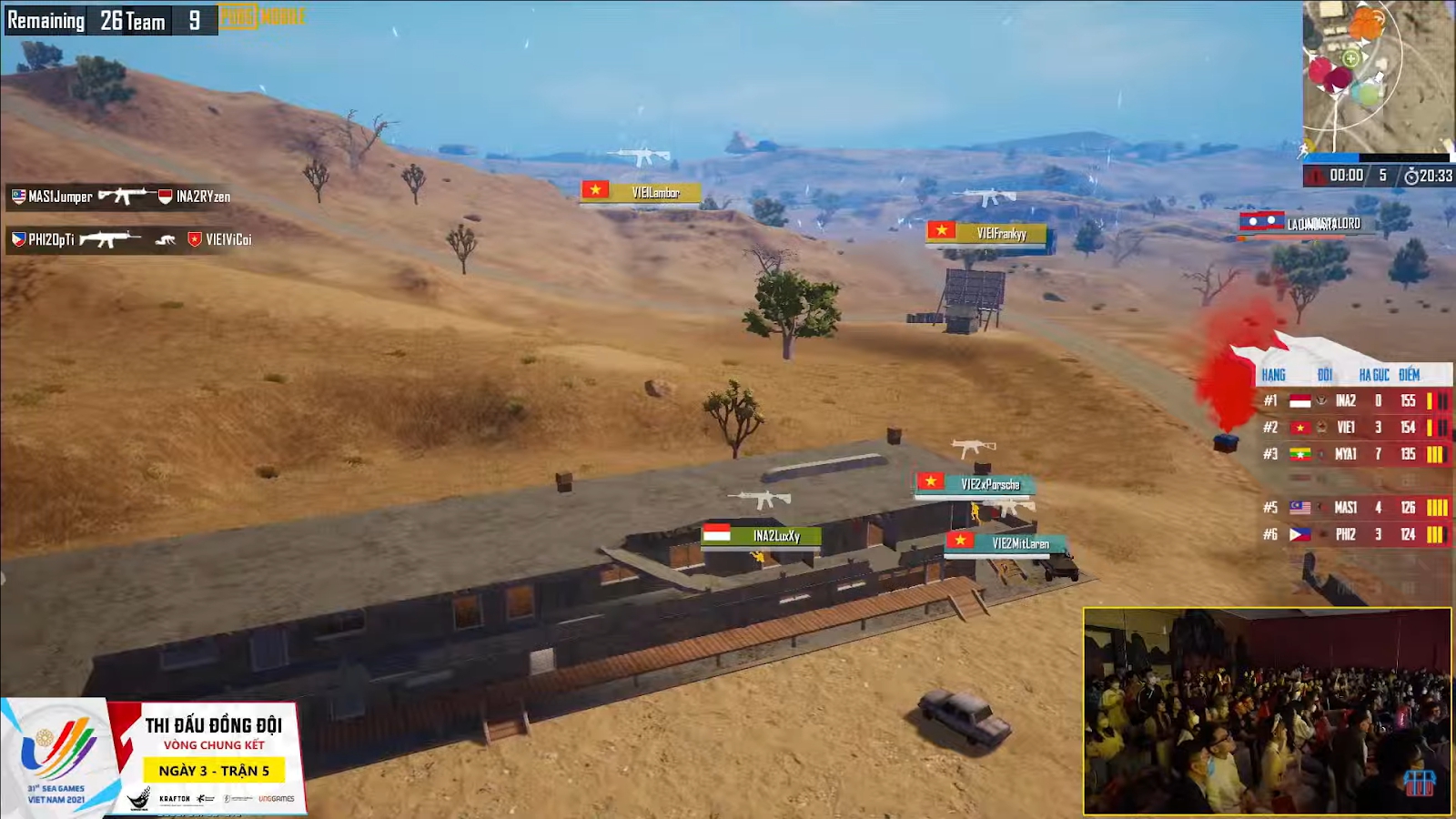 In game 5, VIE2 made great efforts to defeat INA2’s LuxXy, but luck did not smile on MitLaren and Porsche. 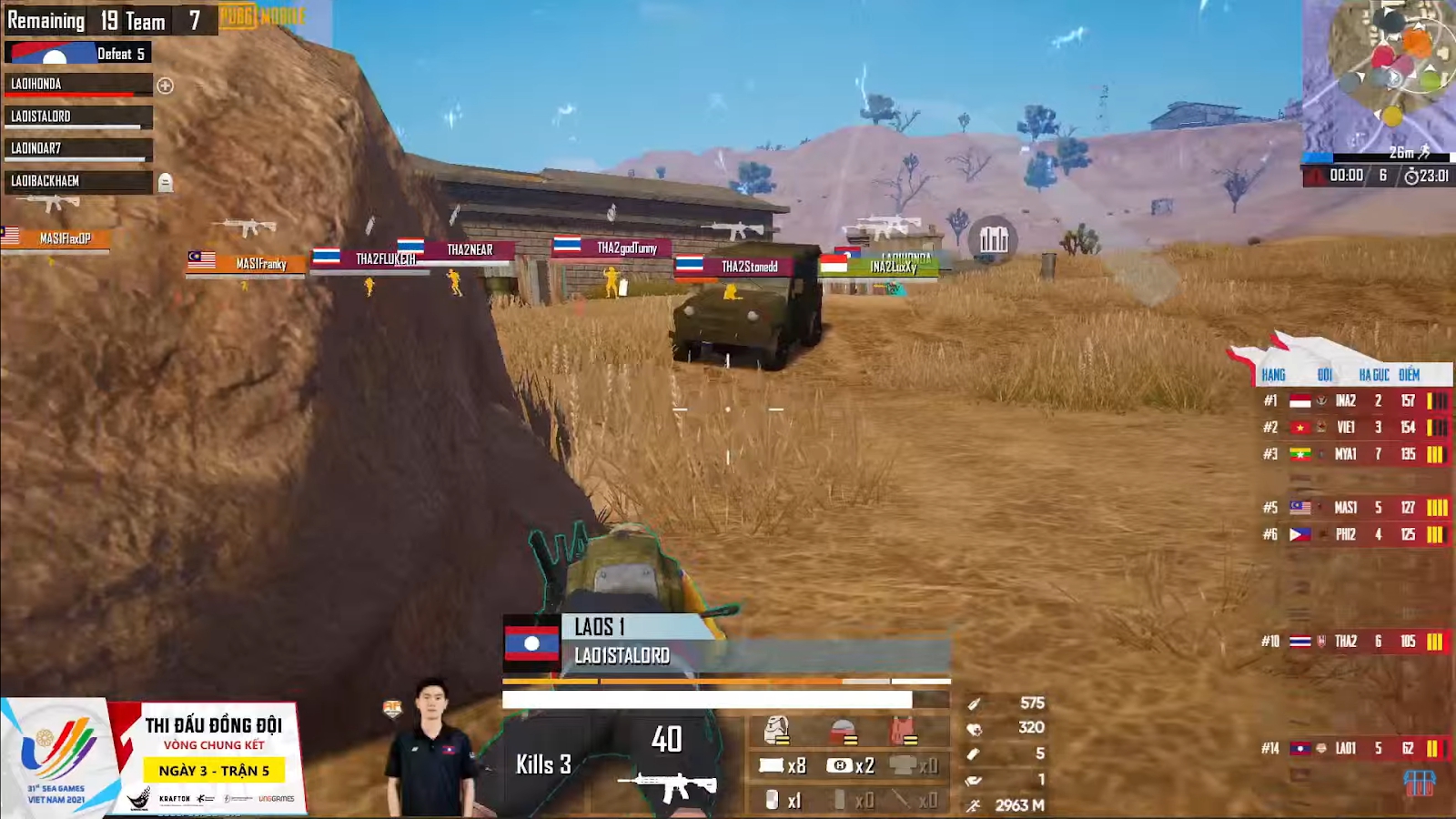 The confrontation of VIE1 and INA2 turned to a state of “pull to the top” when both teams had only 1 survivor: Lambor and LuxXy. 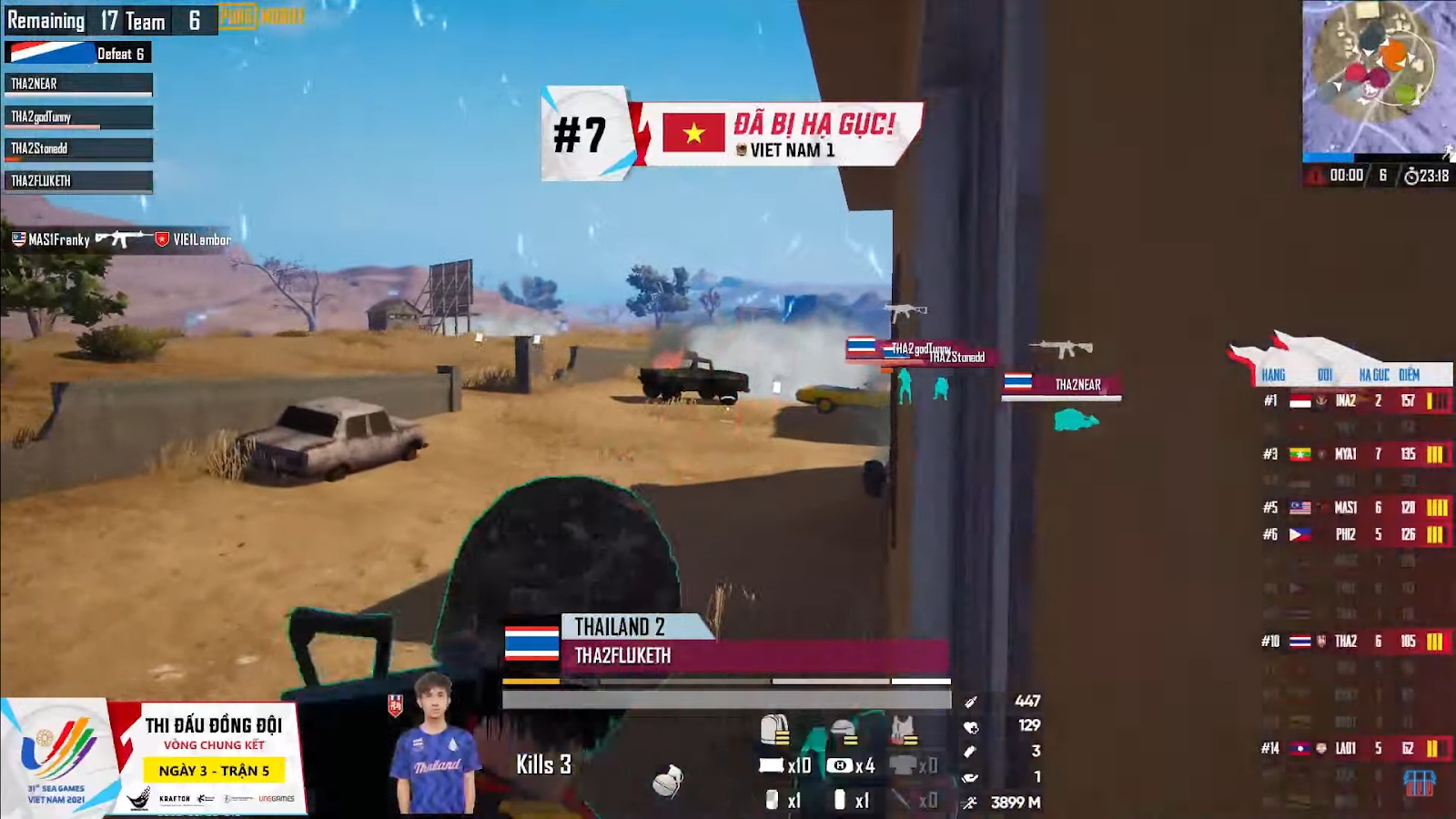 However, Indonesia is the luckier country and successfully preserved its ranking!

Falling at the Top 7 in the last game, the Vietnamese players have worked hard and made endless efforts to win the highest possible position at SEA Games 31.

Experiencing a dramatic competition, surely only one representative will reach the top of glory. Their opponents, even with the precious Silver Medal, probably couldn’t avoid the feeling of regret when they failed at the last moment. 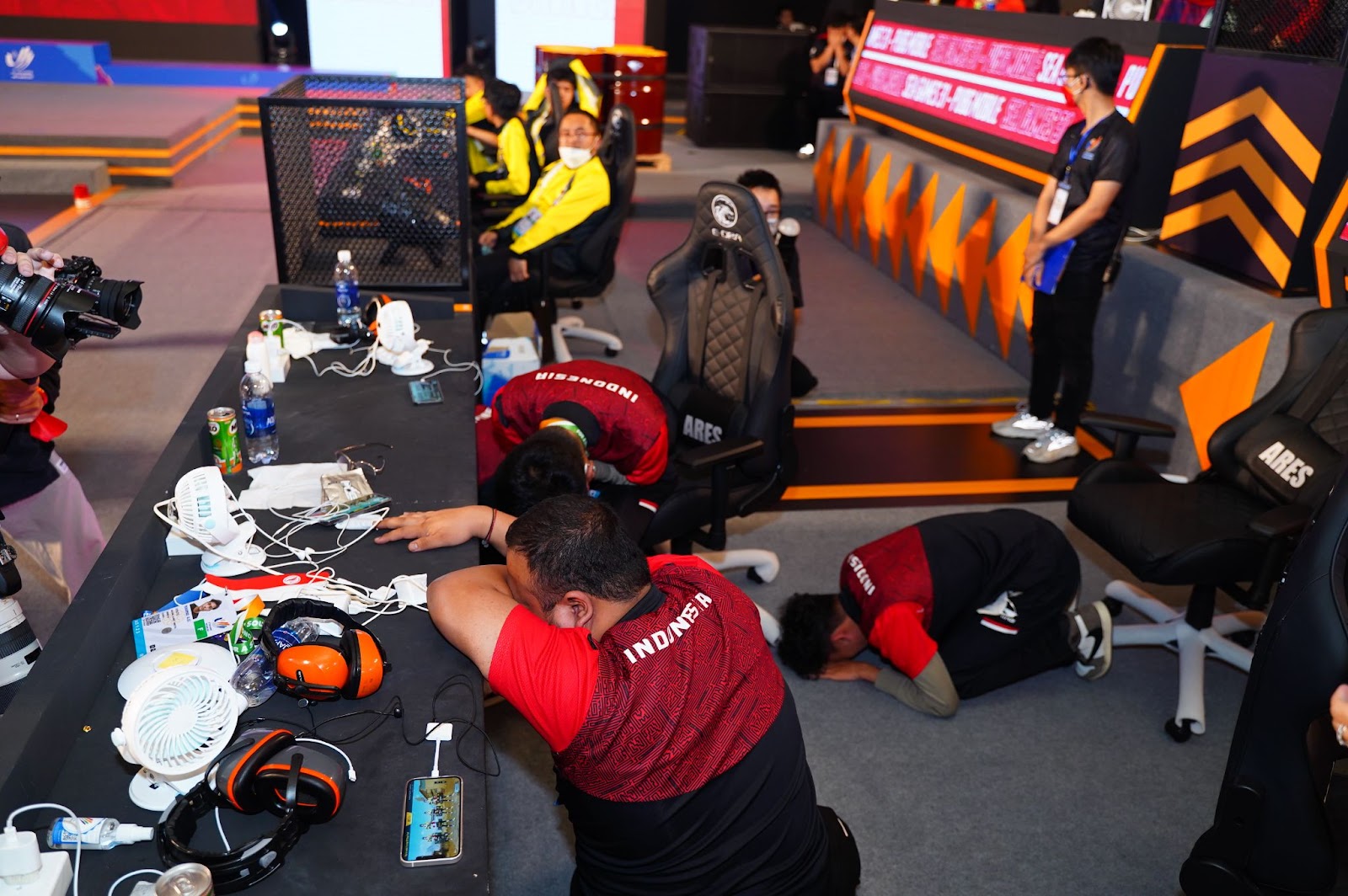 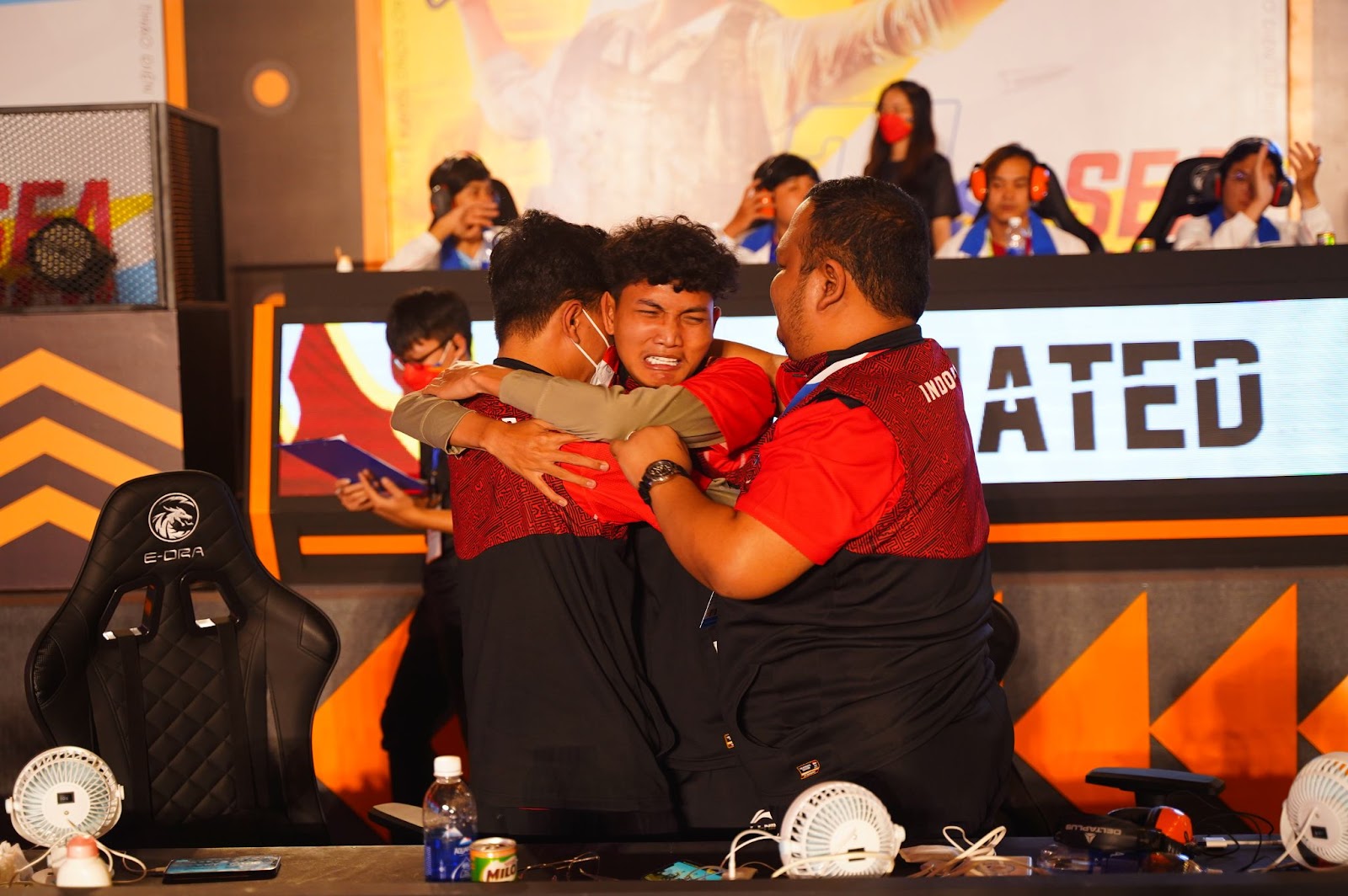 The bursting joy of the Indonesian players when the match finally ended. 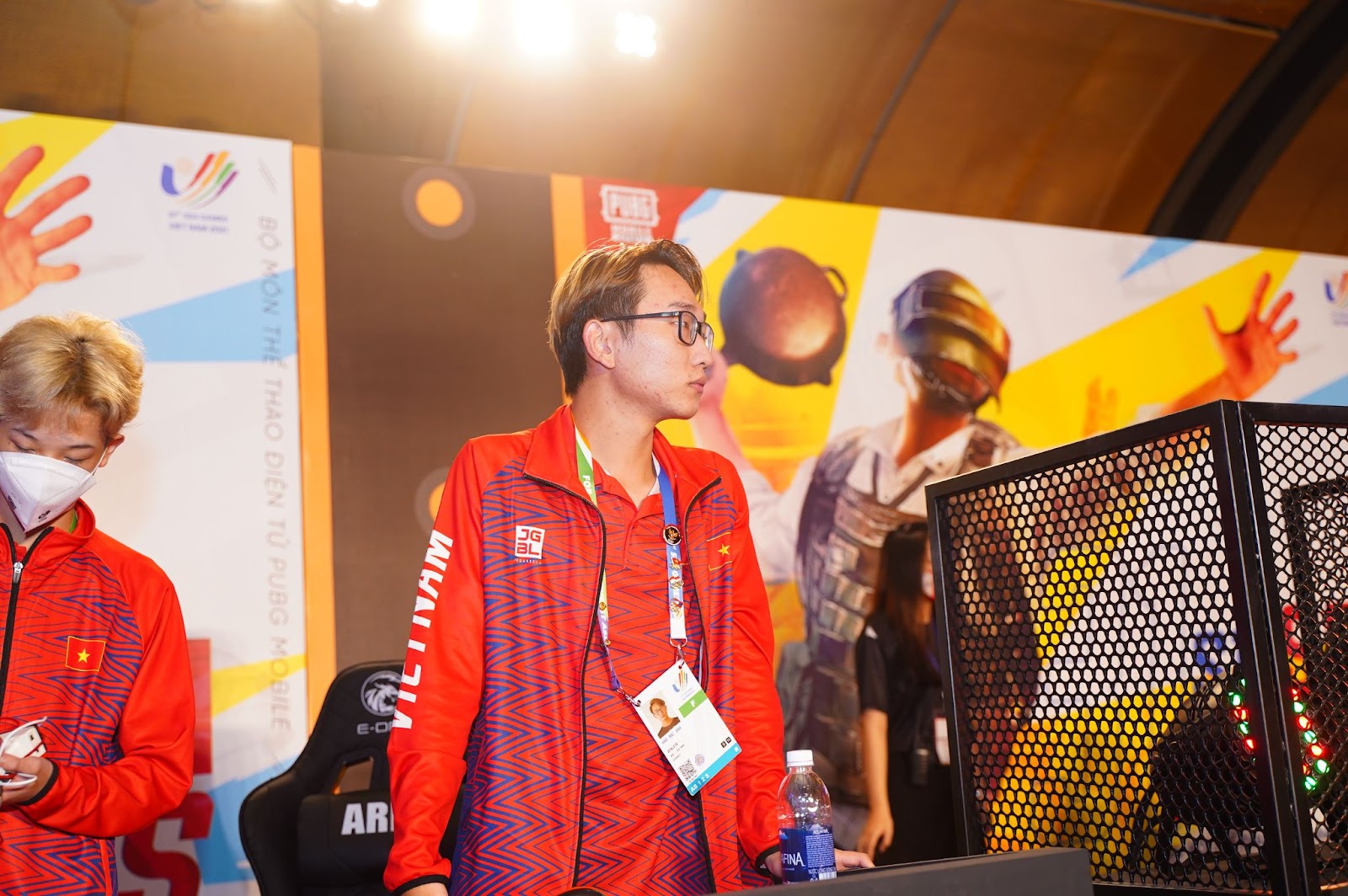 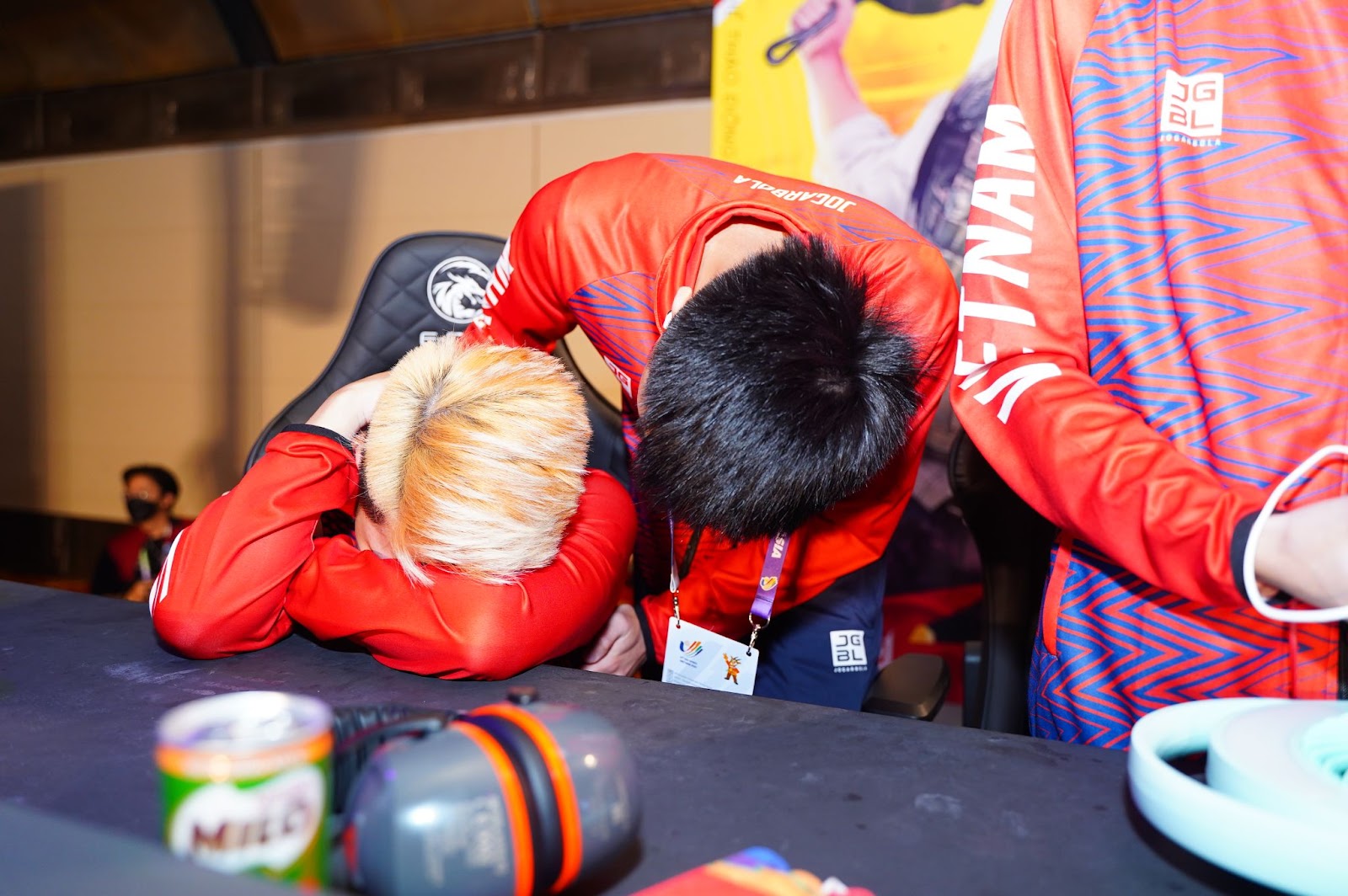 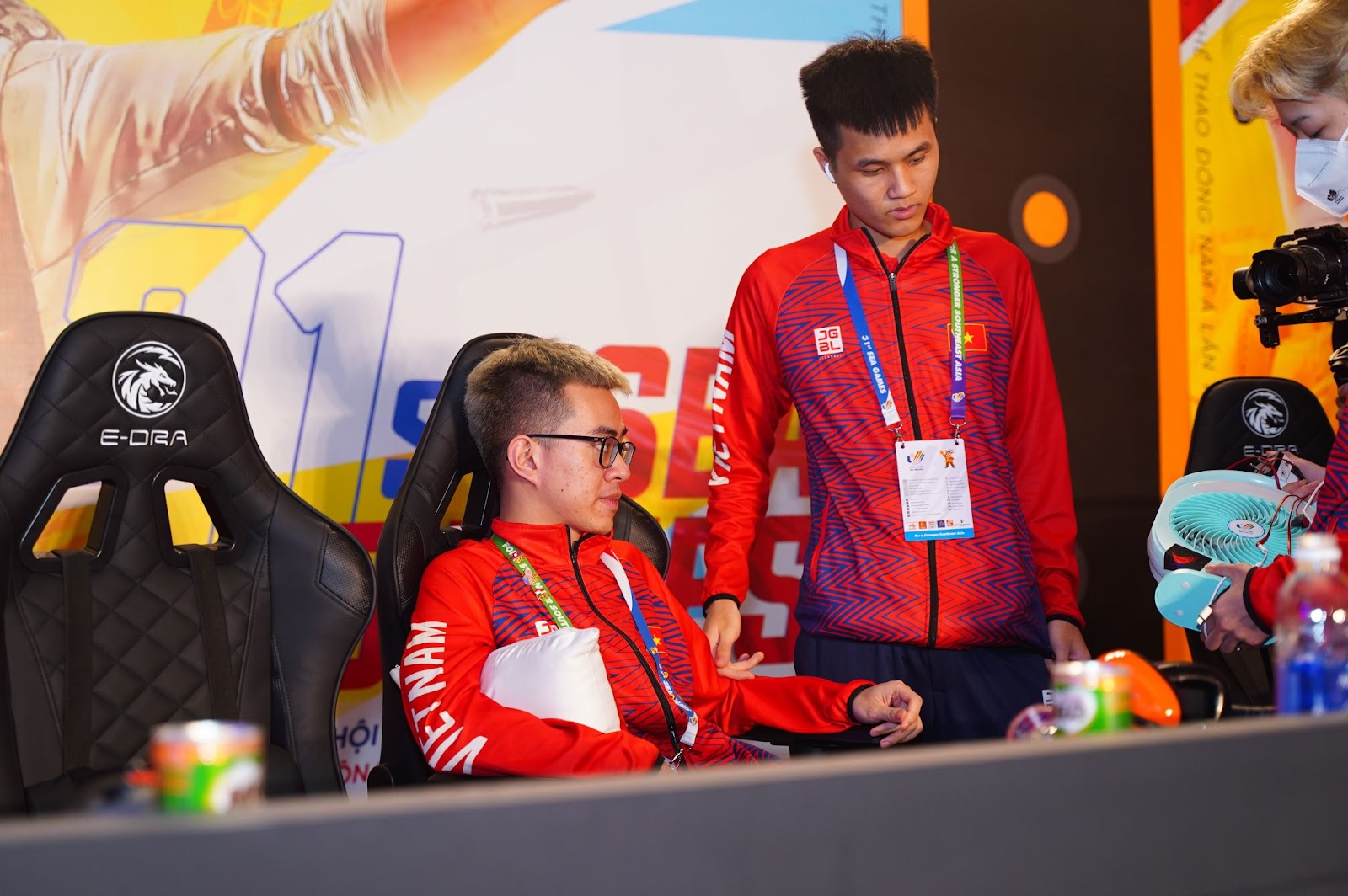 As for the Vietnamese players, surely they also feel extremely regretful when they lose the precious Gold Medal. 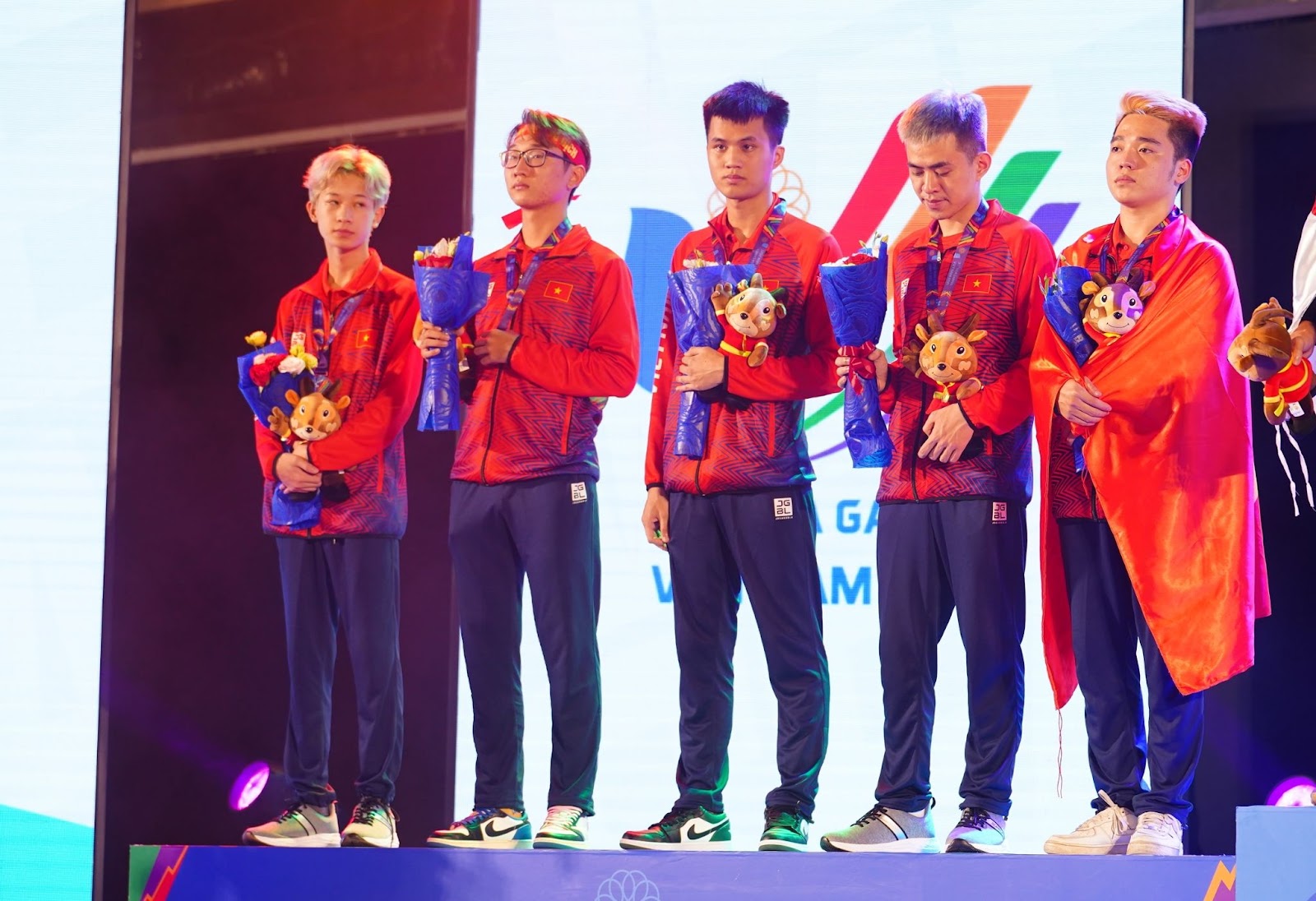 Although the results were not as expected, the Vietnamese boys can still be proud of what they have achieved at the 31st SEA Games!

Thus, the emotional journey of the two PUBG Mobile Vietnam teams has officially ended with a proud achievement: 1 individual Gold Medal and 1 Team Silver Medal. Not only did they bring back good memories, the mark they created also ended an explosive season of Esports Vietnam at SEA Games 31. Certainly with the achievements that the players have, are and have not done yet. Yes, the golden generation of Vietnamese Esports will continue to inherit and promote even more strongly in the next congresses!