Rocket engines are becoming the only way to get spacecraft into space, and to go further beyond Earth, the only way out is to try to build ever bigger boosters. . But a startup wants to completely change the way small rockets are launched based on a simple physical principle – centrifugal force.

The idea of ​​SpinLaunch is quite simple, to the point of seeming fiction. Like the sport of chain throwing, the projectile will be rotated by a centrifuge in a vacuum chamber to the speed of sound before being released into the atmosphere – and eventually into space. . 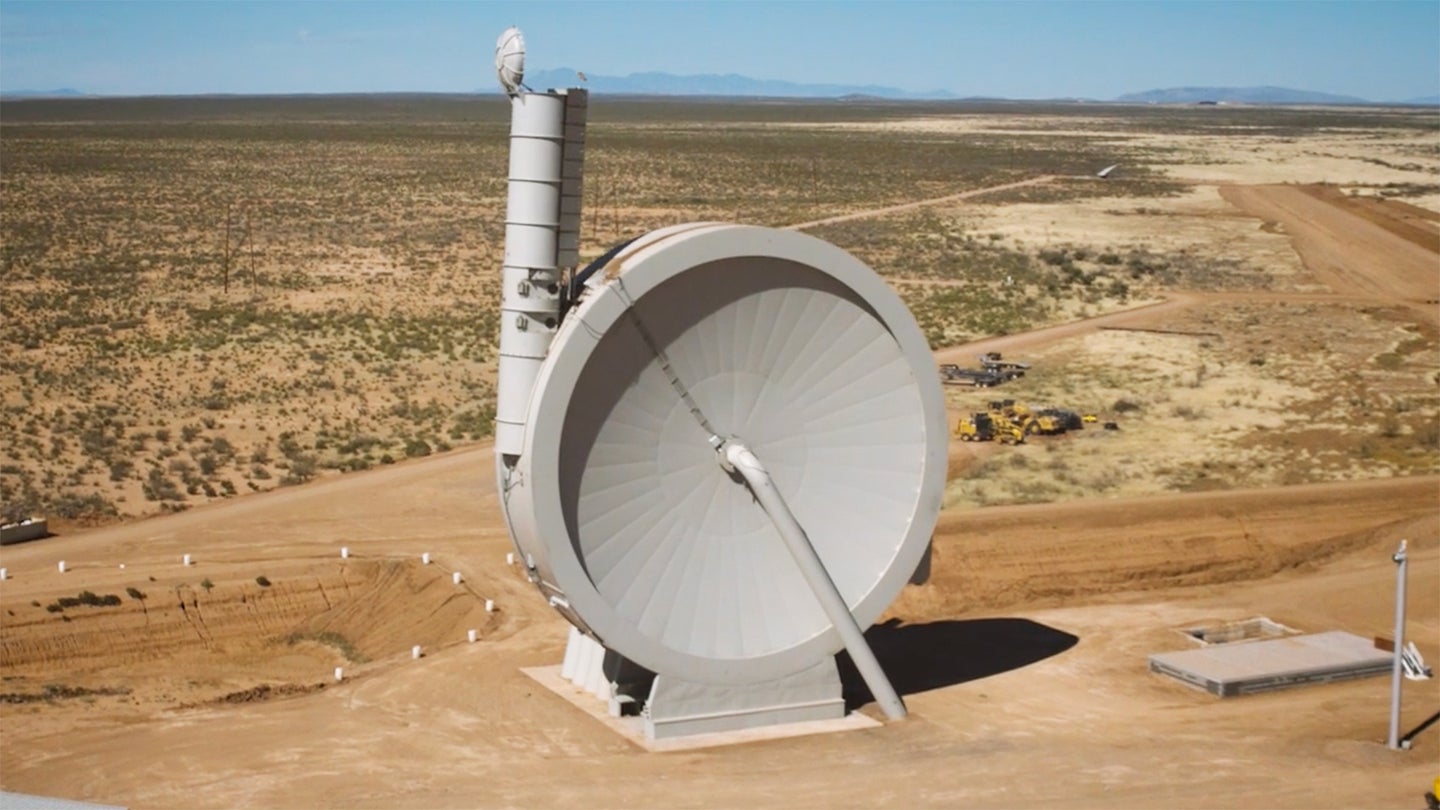 The first test flight of this system – also known as the suborbital accelerator – took place at the Spaceport American spaceport in New Mexico on October 22. The rotating arm in the vacuum chamber of this system threw the projectile at high speed into the atmosphere.”in less than a millisecond” without any hindrance. A counterweight rotating shaft in the opposite direction helps prevent the system from becoming unbalanced.

This test system is just a scaled-down version with a size 1/3 of SpinLaunch’s intended. Even so, it was over 90m high. While the test projectile is only about 3m long and has been accelerated to “thousands of km / h” – but it only uses about 20% of the capacity of this accelerator.

SpinLaunch said, this test as a way to confirm the reality of the idea as well as the aerodynamic conditions and the mechanism to release the projectile when reaching the required speed. Even though it was just a test, the projectile reached an altitude of “tens of thousands of feet” (10,000 feet is equivalent to 3km).

Not only that, this projectile is also recovered after the flight, so it can be reused in subsequent launches. However, it remains unclear how SpinLaunch recovered this bullet – especially as the concept simulation clip shows, the bullet will be split in two to get the launch vehicle out. 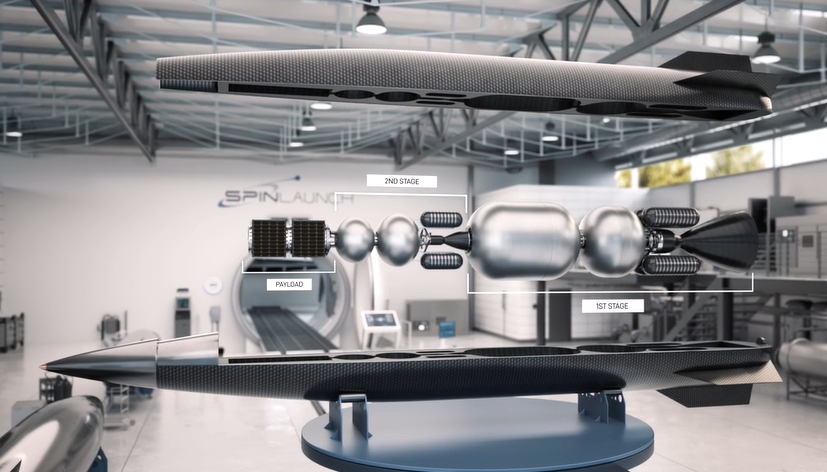 The figure simulates the structure and design of the projectile launched from SpinLaunch .’s system

Currently, SpinLaunch has planned to make 30 launches into orbit over the next 6 to 8 months.

Traditional rockets usually use large boosters, with many different engines to take off. That means most of the rocket’s mass at take-off is fuel, and only a small portion of all this fuel goes to the rocket’s payload. SpinLaunch’s approach improves energy efficiency, dramatically reducing rocket size and complexity and cost.

According to SpinLaunch, their design helps the devices fly into orbit with a payload of up to 200kg, equivalent to today’s small satellites. While this is the limitation of this system, traditional rocket launch systems can deliver tons of payloads beyond Earth orbit.

However, this system is still very suitable for small satellite systems, especially from US military agencies, which are in great demand with the launch of small satellites. The company said that in 2019, it signed a contract with the Defense Innovation Unit of the US Department of Defense.