From early morning, a group of 111 VF e34s were present at the 30/10 Square in Ha Long city. The convoy was neatly arranged into a V shape – the logo of VinFast. These cars are owned by the users who received the cars in the first batch.

A group of car owners next to their VF e34s. 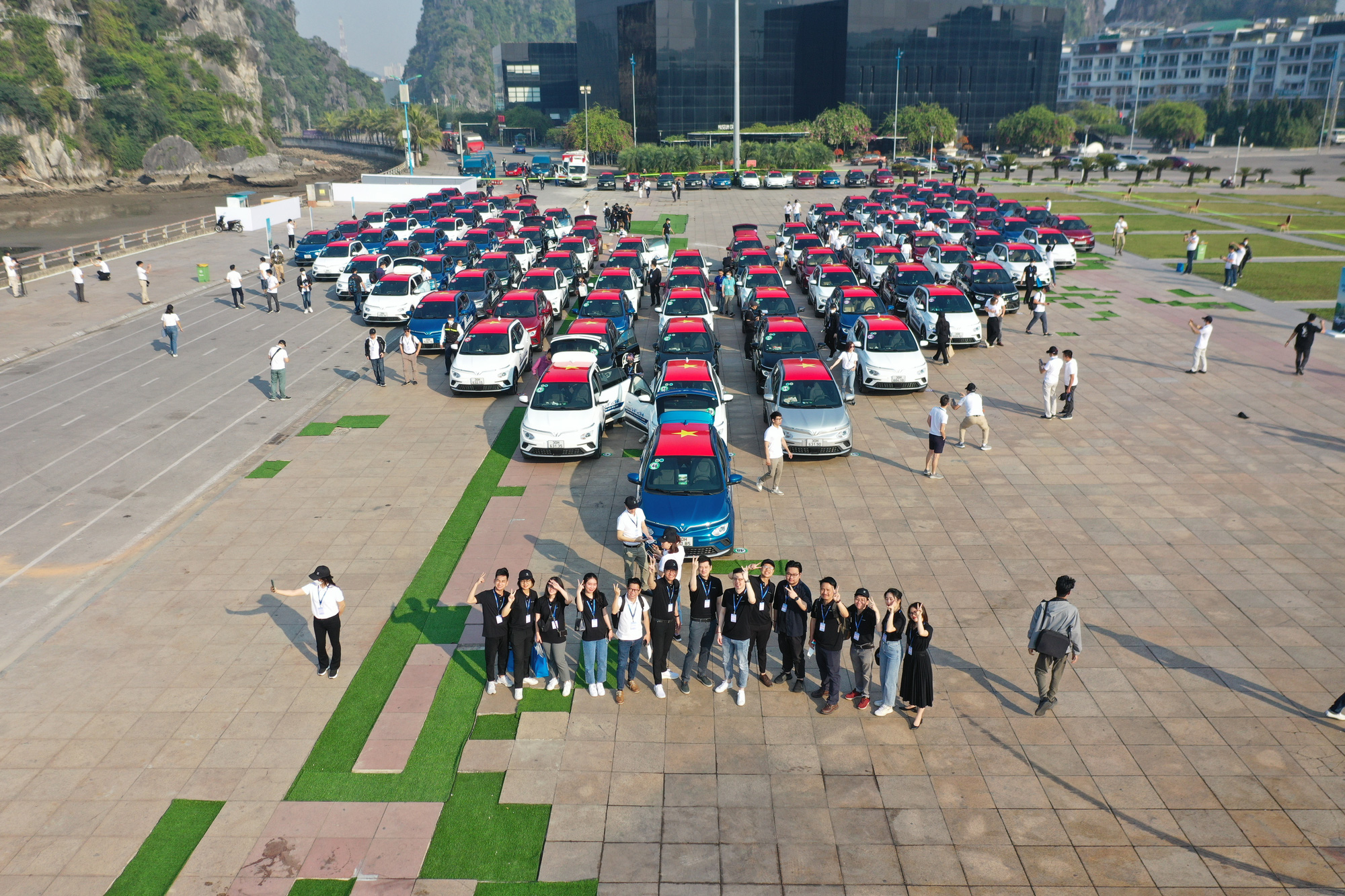 The convoy formed a V-shape. 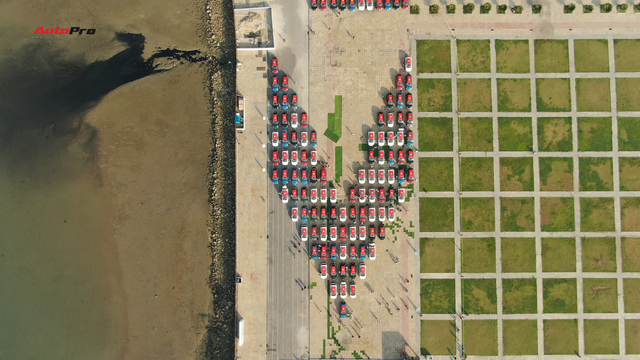 The letter V when viewed from above.

Some other views show the grandeur of the car.

The journey from Ha Long to Mong Cai lasts nearly 200 km with a variety of terrains, including winding hilly roads to challenge the performance of electric cars.

VF e34 is the first electric car model sold by VinFast to the market. This model is positioned in the C-segment crossover segment. The car uses an electric motor with a maximum capacity of 110 kW combined with a 42 kWh lithium-ion battery pack. After each full charge, the car can travel about 285 km at ideal speed. The fast charging system allows the car to travel about 180 km after 18 minutes of charging. The motor and battery are both IP67 waterproof.

Some outstanding equipment on the VF e34 has a central 10-inch entertainment screen, an electronic screen behind the steering wheel, a knob-shaped gearshift lever, a smart assistant, and car management features with a phone application. and the operational safety support package with blind spot warning, lane departure warning…

The electric car model is stamped with the stamp “Conquer the top of the country”.

As expected, the convoy will set a record “The largest electric car caravan in Vietnam” right after conquering Sa Vi cape this afternoon. This record is due to Honored by Vietnam Record Organization.

Previously, VinFast once organized a similar journey but for petrol models including Lux SA2.0, Lux A2.0 and Fadil. The trip starts from Hanoi and the destination is Lung Cu flagpole in Ha Giang – another starting point of the country.