The frames are just a tiny bit wide • which slightly obscures peripheral vision while cycling.

These are great frames that can be outfitted as sunglasses or with prescription lenses. They block some forms of facial recognition without calling attention to the wearer, and are a rebuke to the default surveillance state. I would recommend them to a friend.

This is the ambitious goal designer and creator Scott Urban set out to achieve with his newest line of “privacy eyewear.” Dubbed Phantom, the glasses seek to, at least in part, stem the tide of facial-recognition technology chipping away at our ability to exist in society without being tracked.

It’s just an added bonus that they look good while doing it.

The Phantoms are the latest iteration in privacy wear from Urban, whose 2016 Reflectacles Ghost frames — currently sold out — reflect both visible light and infrared light as a way to partially blind traditional flash photography and IR security cameras.

Unlike the Ghost model, the newer Phantoms (pictured above) reflect only IR light and also come with the option of IR-light blocking lenses. This means that your face won’t be blurred out in photographs taken with a flash, or in standard security camera footage in a well-lit environment. But that doesn’t mean the glasses aren’t working.

“I’m just providing an opt-out because the system is not an opt-in.”

The frames are specifically designed to defeat 3D dot matrix face-mapping systems, which is basically what makes Apple’s Face ID work. They bounce infrared light back at its source, with the goal of preventing IR video cameras from getting a good image of your face — or potentially even registering your face as a face at all.

“The days of when privacy was equated to criminals is long gone,” Urban explained over email. “Now it’s all going to be about corporations/governments using your face to know everything about you and gather all of your data into a neat little profile. I and many others would simply prefer to not be on their system.”

Urban clearly understands that he’s not alone is his concern regarding the creeping pervasiveness of facial-recognition tech. Just this past May, San Francisco voted to ban the local government’s use of the technology in response to a demonstrated capacity for error and abuse.

As the ACLU put it in an open letter to Amazon’s Jeff Bezos imploring the CEO to stop selling its product Rekognition to government agencies, facial-recognition technology promises to track people “attending a protest, congregating outside a place of worship, or simply living their lives.”

The Phantom frames are a small, but meaningful, way of individually pushing back against that unpleasant future.

“I’m just providing an opt-out because the system is not an opt-in,” continued Urban, “it’s everywhere and unregulated.”

To the casual observer, Phantoms appear to be a standard pair of glasses. They can be fitted with tinted lenses as well as prescription lenses.

The new design and focus on infrared light is a reaction to, in Urban’s mind, the changing surveillance landscape, especially as more and more mobile phones incorporate facial recognition.

But it’s not just Apple’s Face ID that relies on infrared light. Infrared security cameras are ubiquitous. You see them at bars, corner stores, restaurants, parking lots, and on street corners. They typically work by illuminating a dark location with IR LED lights — an effect invisible to the human eye — and then recording the resulting image with a special camera.

The Phantom frames are a response to these varying forms of surveillance.

“Infrared Radiation (IR) in the forms of 3D dot matrix mapping and laser scanning are the most accurate forms of facial recognition technology and they will soon become the most common,” Urban writes on his Kickstarter page. “Phantom [maintains] your privacy on these systems during both day and night. They also obscure your facial data on [more traditional] 2D IR surveillance cameras in low light environments and block IR eye-tracking.”

Blocking some forms of eye-tracking is an especially interesting bonus of the glasses, as that technology has been highlighted as particularly invasive by a diverse group ranging from Microsoft to the ACLU.

All of this, it should be noted, is going on behind the scenes as far as anyone looking at your shades can tell. By not reflecting visible light, the Phantoms are essentially indistinguishable from a standard pair of glasses to the naked eye.

This differs from the Ghost frames which, while stylish, are slightly conspicuous. The pattern and material used to reflect visible light might stand out as a bit of a fashion choice. It should be said, however, that over the several months I tried these glasses out in San Francisco, I didn’t feel out of place.

It’s worth noting that the Ghosts are cool. Reflecting visible light has the side effect of screwing with any unexpected flash photography and serves as a bonus safety feature. As an urban cyclist, having car headlights bounce off my face and back at drivers is a great way of reminding them I exist.

The Phantoms, on the other hand, are intentionally more subtle. Other than the fact that they are a little wider than traditional glasses frames for technical reasons, no casual observer will be the wiser that you’re sporting anti-facial recognition gear.

“On traditional IR surveillance cameras, Phantom will illuminate around the eye space, denying algorithms the critical biometrics for a match,” the product description reads. It adds that with 3D infrared mapping “the reflected IR beams from Phantom will distort the facial data to maintain your privacy.”

You can test the latter point out yourself (or, if you don’t use Face ID, have a friend or coworker do it for you). Wearing the Phantom frames essentially breaks Apple’s aforementioned facial-recognition tech, which relies on an “infrared image of your face.”

The Phantom frames also come with the optional IRlenses — lenses that prevent infrared-light cameras from seeing your eyes.

The frames launched, as initially did the Reflectacles, in the form of a Kickstarter. Unveiled in June, the crowd-funding effort quickly surpassed its initial stated goal with a shipping date of April 20, 2020. Once the Kickstarter ends on July 24, customers will be able to pre-order the frames directly from the Reflectacles website for $142.

I was sent an early pair of the Phantoms in February, and have worn them to numerous locations around the city that have infrared security cameras. One such location allowed me to view the security footage of a friend wandering around a back stock room while wearing the Phantoms. The room was dark, and his face was slightly obscured on the security monitor. I could still tell it was my friend, but a computer program scanning the footage for a face match might not be so successful because, according to Urban, it may misinterpret the face as a light source.

Notably, those of you envisioning some form of William Gibson’s “Ugly Shirt” should slow your roll. Many security cameras these days record some combination of IR light and light on the visible spectrum, meaning the Phantoms don’t exactly make you invisible.

But that’s not really the point. Urban knows that his glasses are not a panacea. With the Ghost, he warns that the distance from the facial-recognition device in question will alter the frames’ performance, and that “more complex cameras with large exposure sensors or off-axis lighting will not have the same effect.” For their part, the Phantoms are a specific response to a specific surveillance concern — so don’t count on them to facilitate your next bank robbery.

Still, with privacy threatening to become a relic of a forgotten time, those concerned about its impending death have to start pushing back somewhere. Why not here?

Urban emphasized over email that he sees privacy as a universal value that — just like his customer base — transcends the partisan divide. And, importantly, his frames have an impact that’s larger than the immediate and personal one.

“People who are not hip to privacy may be quick to dismiss a privacy advocate as paranoid, but when they talk [and] have a face-to-face conversation with somebody about privacy and see they are not ‘crazy,’ it has a direct impact that just can’t be done within an article,” he wrote.

In the end, Phantom frames should be one of many tools in your privacy toolbox. Making privacy the default setting offline as well as on will take time and effort — but you might as well look cool while doing the work. 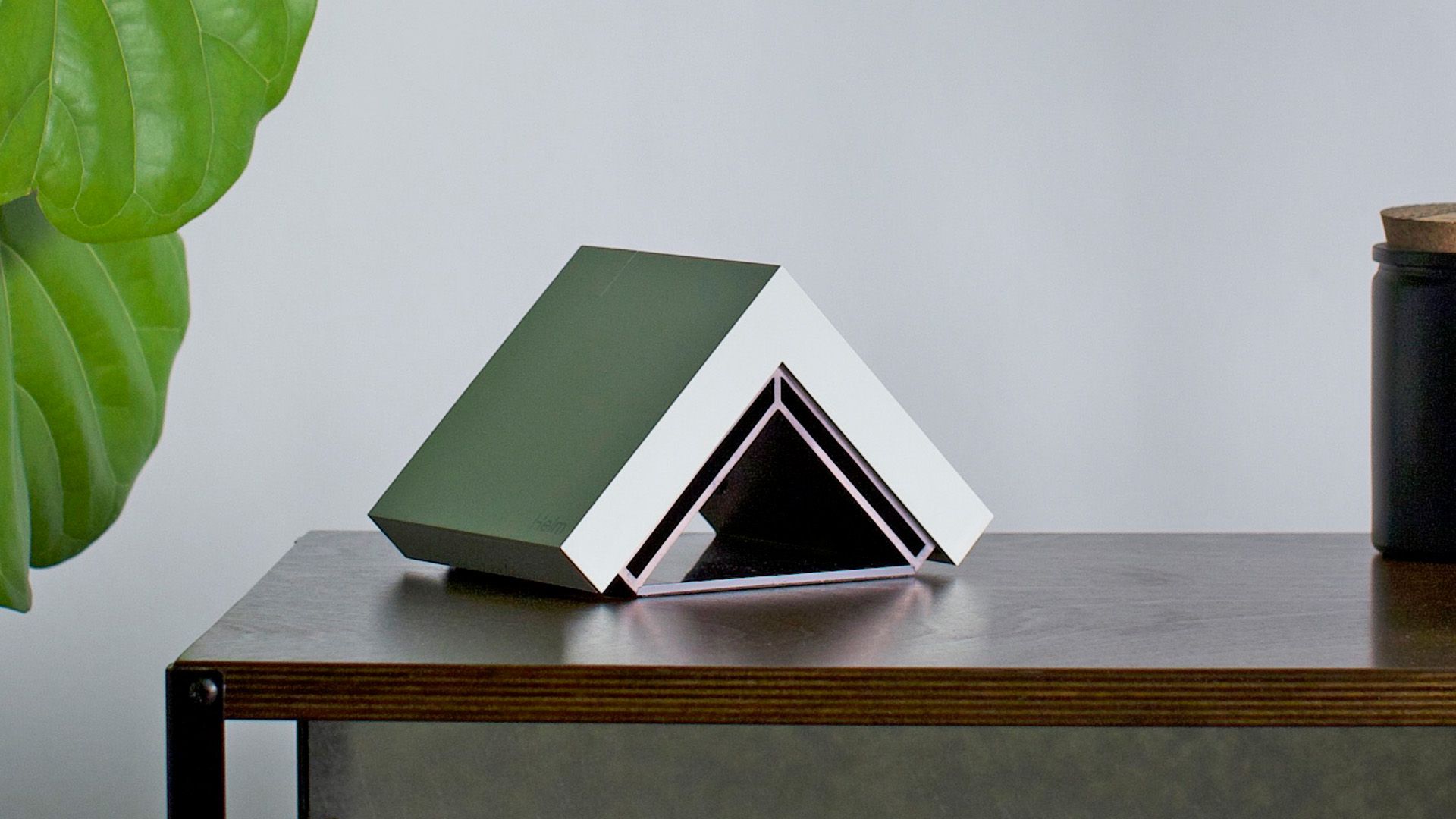