I’ve always thought that people who read music and perform it have a little something extra going on in their brains that the regular person, no matter how educated or intelligent, does not.

It seems to be a blending of the right and left brain, that when in sync, is able to perform a communication of emotion, intellect and beauty all combined in one aural communication. 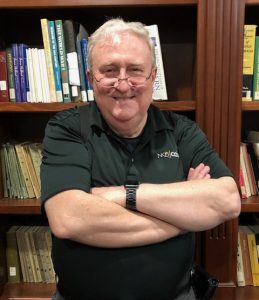 When you realize that this is all taken from the beginning to the end by written symbols on a page via the manipulation of some type of musical instrument (which is its own challenge), to a finished piece, it is a pretty amazing thing.

Taking this all in, it’s not too big of a step to see that this is a very similar process to that of computer programming: symbols written, an instrument used and a finished piece to enjoy. Except, in this case, it’s not music, it’s an amazing portal to information.

It is no surprise then, that musicians are naturally poised to be good with computers.

Gary Johnston happens to be one of the first musicians, that I know of, who proved this synchronicity. He was at the vanguard of this culture-altering new technology.

He was into it so big (being an admitted tech freak) that he was an early member of Applesiders of Cincinnati, a computer group, founded in 1979.

This group was very influential in the Cincinnati area, in these early years, and they invited Steve Wozniak (“The Woz”), the co-founder of Apple, Inc. to come and speak.

It was a major brush with greatness. During this visit, The Woz stayed at Gary’s house and slept on his couch! It is gratifying to know that even the most talented among us were also young and poor once. 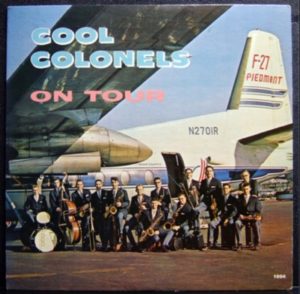 The Cool Colonels on vinyl. Dig it.

A souvenir from this event was bequeathed. The Woz autographed an old Apple power supply from one of Gary’s early computers. This is a cherished artifact, of course, and has acquired the collector’s status of a signed letter from Abraham Lincoln—21st-century style.

Over the years, Gary has been a go-to interviewee for local news sources on computer issues and is a member of Northern Kentucky University’s Advisory Council and the Dean of Informatics Advisory Committee.

He was in on the ground floor, hard-hat and all, for the construction of NKU’s newly built Digitorium, the auditorium in the heart of Griffin Hall, the home of NKU’s Center for Informatics.

All of this, and in 1979, I was still 20 years away from my forced march to adapt! I never cease to be amazed by the stories I discover writing this column.

First and foremost, however, Gary Johnston is a musician and an educator. 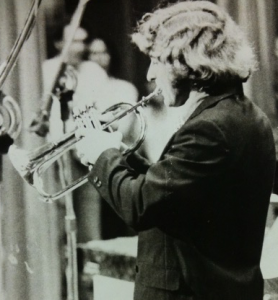 Performing with the NKY Jazz Ensemble

His father was an Ortho Pharmaceutical salesman and travel was a part of that lifestyle. Gary came in to this word in Indianapolis, Indiana, spent a short time in New Jersey, and ended up with his family in Erlanger, Kentucky by the second grade.

Erlanger was close to the airport; perfect for a traveling salesman. Roots were established.

Music showed up early in Gary’s life. By fourth grade he was so involved with playing the trombone, that his teacher at the time tried to discourage it because she felt it was interfering with the rest of his studies.

Fortunately, Gary’s wise mother understood her son better and intervened in this line of thinking.

By seventh grade, he was back on track and until he graduated from Dixie Heights High School he was lead trombone for the Dixie Cool Colonels, an Jazz ensemble that performed widely and had the distinction of recording on vinyl. The name of the LP was “Cool Colonels on Tour.” Dig it!

After high school, he attended Vanderbilt University in Nashville, Tennessee where he acquired a Bachelor’s in Music Education. 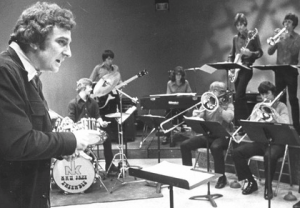 He distinguished himself by insisting on becoming the best musician he could be, in addition to being a good teacher.

Gary believes, and I paraphrase: “How can you teach a subject, if you are not an expert on that subject, yourself?”

It is this guiding attitude that has underpinned a 46-year teaching AND performing career.

He has taught high school and college. Among them: Boone County High School, Walnut Hills High School in Cincinnati, the University of Cincinnati College Conservatory of Music, Miami University, Oxford, Ohio and finally, a 36-year term at Northern Kentucky University where he was an Associate Professor of Music.

Professionally, he has performed as a trombonist or conducted and directed with these organizations: 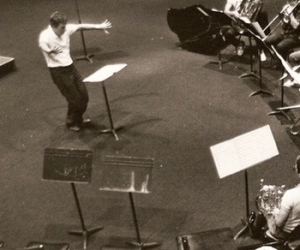 He has also toured and/or performed with the following:

And finally, The Red Foxx Review with Harry “Sweets” Edison. Red Foxx, with his mastery of high profanity and “blue” (this is a nice way to put it) subject matter, caused Gary to have a red face most of the time he was on stage.

Gary is also an active composer, arranger and conductor. He does it all. 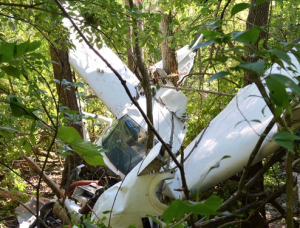 Gary and Nyoka were lucky to walk away from this.

As if these pursuits were not enough, he also is an advanced class amateur radio operator. He has served as Director for the Great Lakes Division of the National Association for Amateur Radio where he has a special interest in disaster communications.

Hurricane Marilyn in St. Thomas, Virgin Islands in 1995, the Atlanta Olympics bombing in 1996 and the Falmouth Flood in 1997 are some of the notable places he has gone and served. On one occasion, he was assigned to an FBI SWAT team.

This experience fostered a further interest in emergency medicine, and he became a Kentucky certified Emergency Medical Technician and was a member of the Edgewood Life Squad for eleven years.

In his SPARE time, Gary has also been a great advocate and member of the Behringer-Crawford Museum in Covington’s Devou Park.

He is a Past-President and is a current Trustee, where he serves as Parliamentarian for the current group.

Gary has also been a part of the Capital Improvements Committee since 2005. He was on hand at the beginning of an expansion to the museum, when a 15,000 square foot addition was conceived of and executed.

Of course, he has been engaged with music at the museum. He is co-chair for [email protected], a series of outdoor concerts during the spring and summer months. He helps vet and book the bands and takes care of the finances and record keeping. He coordinates the running of the concerts and helps to fund-raise and solicit sponsors. 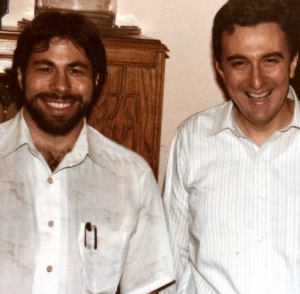 Gary and The Woz

Another volunteer organization that Gary is active in is the Kiwanis Club of Riverfront. He is the 2019 president of the local chapter of this world-wide organization that focuses on improving communities and helping children.

When I asked Gary if there was something unique or unusual about him, he recounted a story where one of his interests was almost the death of him.

Gary has been a licensed private airplane pilot for about ten years. He has flown all over the United States.

On September 26, 2012, he and his wife, Nyoka, were out for an evening flight. They were on a local jaunt and were heading for the Ohio River.

Horror of horrors—the engine cut out!

Gary had to do some seriously fast thinking about where he was going to land. He considered I-471, the Ohio River, and possibly Columbia Parkway. None of these seemed like good endings.

He remembered reading an account recently of “The Miracle on the Hudson,” the flight that pilot Sully Sullenberger saved from crashing right after takeoff from New York’s LaGuardia Airport. One piece of Sully’s advice during this harrowing experience was to keep the nose of the plane UP.

I don’t know about you, but this is an awful lot of information to process in seconds!

The computer-programmer/musician’s brain did its thing and Gary made a snap decision to take the plane down into a bunch of trees on the side of a hill in Ft. Thomas.

The nose was UP. 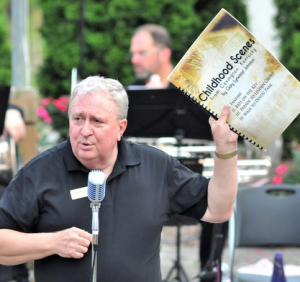 Gary introducing a musical score he has written.

The plane crashed into the trees about thirty feet up, and slide down to the ground, shearing off a wing and mangling the tail and body of the plane.

The little two-seater passenger compartment was intact. Amazingly, he and his wife were unhurt.

Now, Gary Johnston is and has been involved in many, many other things beyond this account, but I am not writing a 500-page biography here, so I have had to leave out a lot of stuff.

However, the most important questions asked, and answered, cannot be absent.

I asked Gary what his proudest achievement was. He answered quickly.

He said that he found and married the most wonderful woman in the world. He met his wife Nyoka when they were both teaching at Walnut Hills High School in Cincinnati. They married in 1973.

Nyoka has been a commercial real estate agent, a Kenton County commissioner and a Covington City Commissioner.

She and Gary have three grown children, four grandchildren and one bun in the oven.

He is also proud of his string of successful, former students, and expresses pleasure that they “still claim me as their teacher.”

I think he might be a little too modest here. What student wouldn’t find a great inspiration from this life of experiences?

I asked him, if after a long, productive life, was there was something that he would have done differently? He answered this: “I would go back and teach seventh grade and stick with it.”

A life of many skills and experiences; a talented musician, but Gary Johnston is still a teacher to the end.

Ginger Dawson writes about the People of NKY — the neighbors you need to know and people you need to meet and understand. The feature appears periodically at the NKyTribune. If you have ideas for subjects please share them with Ginger at [email protected].