You are here: Home / Technology / How technology is helping to lower the cost of healthcare – VatorNews 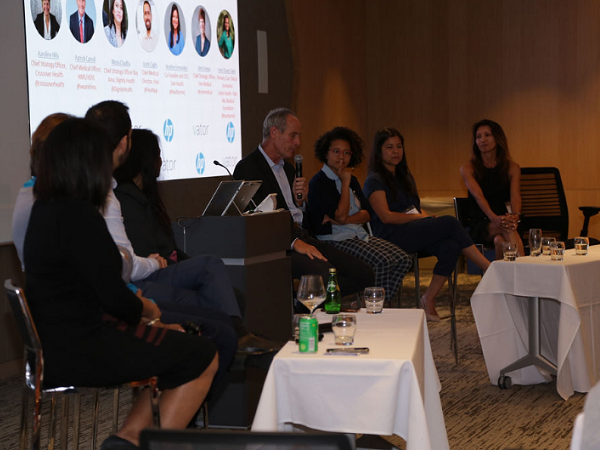 With healthcare reaching nearly 18 percent of GDP in 2018, it’s almost impossible to talk about any aspect of the space without discussing cost and how to reduce it.

That topic inevitably came up when Vator and HP held its latest salon, called The Future of Clinics, in which a group of entrepreneurs from startups such as Heal, Solv, Crossover Health and One Medical got together to discuss the changing way that care is being delivered, and what that means for the future of the doctor’s office.

Francisco brought up the topic of cost by noting that, “I think outcomes are important, but as important are costs. We need to be improving our outcomes while hopefully reducing the costs to the overall industry. And hopefully if we reduce our cost with technology then we can address those people who can’t afford it.

“How have you integrated technology? Where are you saving the cost? And, if you have a social mission to your business, how do you set aside some of that to take care of some of these other consumers who need help paying for their healthcare?” she asked the panel.

“It solves a lot of problems. You don’t have to have a telehealth visit, you can actually have a chat with the physician, answer your questions, high quality care, and care quality is table stakes and then get the product delivered. So, today we probably only do eight products, but everything that I did in retail health at Walgreens, 30 diagnoses can be done off our platform. It’s going to take a little time to build it up, but it will be done. So we’re going to look at asynchronous communications, deliver retail health at a minimum type care on the platform. That’s pretty unique,” he said.

HIMS only costs patients $5 a visit, which, he noted, is “a big savings. That’s what excited me about coming to HIMS and why I’m not at the $110 billion company now.”

Cost savings have always been something important to him, Carroll said, and he related a story about when he worked for a health system to reduce admissions and readmissions that led him to help reduce cost for the company’s own employees.

At Walgreens, he focused on care navigation, but also muscular skeletal problems, as one out of six dollars for large employers are spent on musculoskeletal injuries and are responsible for 35 percent their healthcare costs. They also focused on diabetes, partnering with companies like Livongo and Verily.

“For Livongo to reduce hemoglobin A1C by 1, what that means is a $6,500 per team member savings. And we have 50,000 pre-diabetics and 10,000 diabetics at Walgreens. We focused on appropriate care navigation, diabetes, musculoskeletal and flattened and reduced the cost. So it can be done, all of these programs and innovations that we’re talking about, sell it for your leadership around your own employees. There’s your ROI,” he said.

For Sutter Health’s Taylor, cost reduction comes from “bringing visibility of the cost to the provider,” which TeraPractice does with a dashboard that allows them to what their spend looks like. Specifically, the company has been able to save when it comes to labs, imaging, specialty referral, drugs, and then the institutional side with hospitalization.

“The great thing is that we have visibility now and providers, care teams, have visibility to see how they’re performing in that area,” said Taylor. “This will probably tie in more to how does the role of a doctor change, but this has become part of the larger scope of how we thing about delivering high value care.”

One Medical’s Vargas spoke next, explaining that “engaged, accessible primary care, which costs about six to seven percent of total healthcare costs, saves about 10 percent.”

“How do we do that? A couple of things. We do 90 percent generics, or 100 percent generics on anything that has a generic; insulin doesn’t have a generic, for example, because our app does not all the provider to do anything but a generic. That was something that they though of very early on. The 24/7 accessibility means you don’t go to the urgent care; we have almost zero percent urgent care in our population, and about half the emergency room. And if you don’t go to the emergency room, you don’t get admitted, so our days per thousand are very low as well,” she said.

Solv’s Fernandez then spoke about cost savings at Solv, which, as she noted, is not a provider, “so when we think about reducing cost of care it’s around giving you visibility and access.”

One of the first things that Solv tried to solve was reducing the number of unnecessary ER visits.

“Our first ‘ah ha’ when we were starting Solv was the volume of inappropriate ER visits, which people likely would be at the PCP if had access, but they don’t. I think the back of envelope was that if you shifted one percent of the ER visits to urgent care, you would save $1 billion in system savings. And I looked around and I was like, ‘Why isn’t anyone talking about this?’ So, that became the first problem that we tried to set up to solve,” she said.

“Now, after two and a half years of operations, self reported by the consumer, 14 percent of those who booked online with us would have been in the ER, so by directing them to the appropriate side of care we estimate that’s around $150 million. That’s one way that we think about it.”

The other thing that Solv does to lower cost is give patient more visibility around their own benefits.

“With high deductible health plans, on one hand it’s great because all of the sudden patients are paying attention. All of the sudden I am noticing $20 or $200 or $2,000. That is a noticeable number to me. So, one thing that we do there is just give them visibility on plan details and then effectively your progress against your deductible. On the individual provider side, we put ranges for basic CPT codes based on your insurance plans as our first step. The vision there is let’s get you to full detail so that we are giving you more data with precision. The step before that is to just give you some information because people are flying blind.”

Francisco then addressed Zaghi and Taylor, noting their disagreement over the viability of Heal’s business model, which revolves around delivery at-home doctor visits.

While Zaghi admitted that “house calls are expensive,” he also noted that a large part of a doctor’s own expenses involve paying for an office.

“Despite that, you’re right, it’s still expensive to send a doctor to a patient, so our business model really varies based on the age demographic, we get paid differently by different payers as well. Medicare happens to be very profitable for us, because they tend to reimburse better, and we also have arrangements with Medicare Advantage plans where we have shared savings,” he said.

Those shared savings, which come from the benefit of having a house call, actually make it so that Heal is able to come out on top.

“The benefit of a house call is obvious and well established: you’re in a patient’s home, you can assess all of the social determinants of health. You can see if the patient is poor, you can see if they’re smoking, you can see if they have trouble affording their medications because you actually have their pill bottles. So, the value is obvious there. And with those shared savings agreements, we’re reducing hospital utilization by 21 percent, we’re reducing ER utilization by 30 percent, we’re reducing readmission rates, so we’re capturing a portion of that value and that more than compensates for the increase in cost of delivering the house call,” he said.

“For the other populations that aren’t on these Medicare Advantage plans, we’re increasingly moving toward value-based structure and we are using multi-modality care, meaning telemedicine, which is a lot less costly than a doctor, but it’s with someone who has already met the patient. It’s not Teladoc where you’re playing roulette and you don’t know which doctor you’ll get, so the doctor knows you and that enables us to deliver more health more cost effectively.”

Taylor countered that, “it’s really inefficient to have our most expensive individual, the physician, traveling to perform his visits. While I don’t think there’s never a role for a home visit, I think that it would be a very, very very small percentage when you’re doing panel management. That would be my concern.”