Dallas artist Manuel Herrera, aka Allo, has been an artist since he can remember.

He turned that love for street art into a legal profession.

“[I] wanted to pay homage to the masters who have come before us. [I] am bringing art history to the 21st century on a new age platform,” Allo said.

How to Keep Your Pets Safe in Sweltering Heat

He does it with a mobile app that he helped develop.

“Just think of it as a really fancy snapchat filter,” he said. “What it does is it recognizes all these shapes and the particular arrangement, and it’s got to be so precise. What it does is it says, ‘oh, I recognize that photo and I am going to swap it to the original.'”

His art is just as his name is.

His idea behind using such recognizable pieces is to bridge the gap between old and new generations.

“Growing up, I didn’t have a lot of access to museums and galleries and I wanted to make the art more accessible, and at the same time I wanted to pay homage to our masters and make sure that they were given respect,” he said. 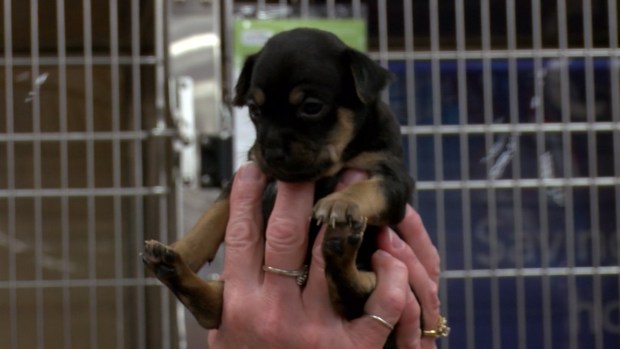 He recently finished his first mural in the Victory Park district of downtown Dallas.

While he has had great success with his art, he said he often gets asked the question, “Isn’t this just a copy of something that already exist?”