You are here: Home / Technology / Another milestone for Indian technology – Economic Times

India’s first space mission to target an extraterrestrial landing, Chandrayaan-2, would have commenced by the time you read this. It is a signal achievement for India’s technological capability, in areas ranging from rocket propulsion, signals and communications, materials, robotics, remote guidance and even artificial intelligence, to let the lunar lander navigate on its own on the far side of the moon. If successful on all targeted fronts, it would also add to humankind’s understanding of cosmology and the origins of the Earth, as the moon probably is a chunk of this planet that got thrown out at a stage when it was mostly molten matter. And, of course, it would lead to greater understanding of the moon itself, its chemistry and composition.

America landed men on the moon essentially to demonstrate that it had overcome the Sputnik scare — the shock realisation that the Soviet Union was ahead of it in space science and technology and that its own education system had to gear up for greater focus on science and maths — and had beaten the Soviet Union in that lone area of human achievement in which the Communist nation had been ahead. 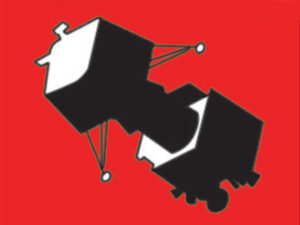 Achievements in space continue to have an element of demonstration of technological capability, apart from their intrinsic utility. So, becoming the fourth nation in the world, behind the US, the former Soviet Union and China, to land a mobile explorer on the moon, tells the world of India’s capability in all the intricate technologies that are marshalled and harmonised to carry out Chandrayaan-2, its predecessor having orbited the moon with a proximity of 100km. The mission, conceived in 2008, has taken 11years to complete. The mission director and the project director are both women, to boot.

The Indian Space Research Organisation is standing testimony to the public sector’s capacity to deliver outstanding results, when provided with autonomy and resources. There is a case for similar public sector initiatives in cyber security, telecom equipment and artificial intelligence. What it lacks is political vision and commitment.

This piece appeared as an editorial opinion in the print edition of The Economic Times.