Charlie Kirk, founder and executive Director of Turning Point USA, has been invited to the White House social media summit on July 11, along with other conservatives. (Photo by Jabin Botsford/The Washington Post)

Note to readers: Cat Zakrzewski is on vacation but will back at the helm of this newsletter on Monday, July 8. Not to worry, however, we have a parade of awesome guest writers to entertain you in the interim. Thanks for reading.

Facebook, Google and Twitter long have struggled to battle back allegations in Washington that they censor conservatives online. But their political woes may only worsen after next week, when the White House hosts a “social media summit” that could set the stage for even more scrutiny to come.

The president’s top aides so far have said their scheduled, July 11 event aims to assemble “digital leaders” to discuss the “opportunities and challenges of today’s online environment.” In doing so, though, the White House quietly has invited tech’s top conservative critics in politics and media, The Post has learned, some of whom say the solution to Silicon Valley’s perceived political bias is to break up the tech giants or more aggressively regulate them.

Among those slated to participate is PragerU, a conservative organization that produces videos about national issues that have millions of views on Facebook and YouTube. Google has limited the reach of some of PragerU’s videos about Islam and guns so that they can’t be viewed by those who have enabled restrictive mode, a setting that some parents and school administrators use to control what kids can access on the site. But PragerU has argued Google’s efforts are evidence of Silicon Valley censorship and has sued the tech giant in federal court.

“Big tech needs to be held accountable for their actions, and the general public needs to be aware of what’s going on,” said Craig Strazzeri, its chief marketing officer, saying he believed PragerU had been invited to the White House because of its lawsuit in federal court.

The White House on Monday declined to comment on its plans. It also has invited representatives from the conservative groups Heritage Foundation and the Media Research Center, spokespeople at each organization said. The center, founded by Brent Bozell, previously has asked the Justice Department to investigate Facebook, Google and Twitter.

Charlie Kirk, the executive director of Turning Point USA, said in an interview Monday that he plans to attend, adding he expects the conversation to touch on questions of whether a company the size of Google is too powerful and should be investigated as a monopoly.

The summit could mark a dramatic escalation in the president’s war with Silicon Valley over the way tech companies police their platforms. Even though President Trump is one of social media’s most prolific users, regularly broadcasting his views to more than 61 million followers on Twitter each day, he continues to claim that tech giants limit his reach and discriminate against his conservative followers online.

The White House announced its plans minutes after Trump last week newly accused Twitter of censoring him and alleged that Google rigs elections. Trump repeated his criticisms about social media companies in an interview on Fox News that aired Monday, telling host Tucker Carlson that Facebook, Google and Twitter were “against me” before suggesting the administration might “take action” against them.

Trump’s attacks have resonated with Republicans around the country, who increasingly are holding hearings, calling for regulations and threatening investigations into Facebook, Google and Twitter out of concern they exhibit political bias. But a wide swath of opponents — not only Democrats but free-speech experts, tech leaders and even some fellow conservatives — stress the GOP has entered dangerous political territory.

“Politicians, whether they’re on the left or the right, shouldn’t be dictating online speech codes,” said Jesse Blumenthal, who leads technology and innovation policy work for Stand Together, the conservative group with ties to the Koch brothers. “We’re strong believers in free speech, period. We also believe online platforms have the right to set their own terms.”

The planned White House meeting comes weeks after the Trump administration embarked on an unprecedented online campaign to collect stories about alleged censorship on social media, along with supporters’ contact information. The White House since has disabled the survey, but it recently replaced it with a web page that says the administration received “thousands of responses.”

“This has become a serious issue for a lot of people,” Kirk said of the summit. “They feel their voice is silenced, and they feel they’re being de-platformed.”

As soon as White House published the survey on its website, it drew sharp criticism from congressional lawmakers and open-government advocates, who felt the Trump administration had improperly tapped federal resources for a project they said is motivated entirely by politics. Some repeated their objections Monday, citing the fact that social-media companies should be doing more moderation to stop the spread of harmful content, such as online extremism, not less.

“There is zero evidence that social media companies are biased against conservatives,” said Sen. Ron Wyden (D-Ore.) in a statement. “In fact, the big tech companies have gone to amazing lengths to avoid confronting right-wing voices that advocate hate and racial division. This summit is a waste of taxpayer dollars intended to pressure tech companies ahead of the 2020 elections and score political points.”

Other critics say Trump has not pointed to evidence of systemic, anti-conservative bias. At times, he’s also cited anecdotes that experts have disputed. In a private, April 2019 meeting with Twitter chief executive Jack Dorsey, for example, the president claimed Twitter secretly reduced his followers. The company always has maintained that follower counts fluctuate because it labors to spot and remove fake bot accounts.

Michael Beckerman, the president of the Internet Association, said Facebook, Google, Twitter and the other members of its lobbying association “don’t have a political ideology or political bias.” He added in a statement: “Internet companies continue to succeed and grow by building a broad user base regardless of party affiliation or political perspectives.” Migrants are gathered inside the fence of a makeshift detention center in El Paso. (Sergio Flores for The Washington Post)

How on earth can CBP’s culture be trusted to care for refugees humanely?

PS I have no plans to change my itinerary & will visit the CBP station today.

Customs and Border Protection disavowed the posts on Monday and released a statement saying that the Department of Homeland Security’s agency watchdog is investigating the group for violating agency standards of conduct. NIBBLES: Start-up wellness brand Hims and Hers is running hundreds of ads violating Facebook’s policy against advertising prescription drugs, Wired’s Paris Martineau reveals. Facebook’s role in the rise of the start-ups that provide legal but unsupervised prescription medication has put the social media giant in the crosshairs of consumer advocates.

“It’s dangerous [and] irresponsible,” Arthur Caplan, director of NYU Langone Medical Center’s Division of Medical Ethics told Wired. “These [online] direct-to-consumer ads are undercutting the idea that you should be seeing a doctor — which is the wrong attitude. It’s putting you at risk.”

The ads, which promote a variety of products including prescription acne medicine and erectile dysfunction pills, may also violate U.S. Food and Drug Administration guidelines by failing to list potential side effects, Paris writes. The FDA declined to comment on whether it would take enforcement action against Facebook or the company.

Facebook initially removed several violating ads flagged by Wired, but continues to approve similar ads by the company. A Hims and Hers representative tells Wired that it works “extremely closely” with Facebook on ad compliance.

“Having the FCC’s policymaking process rely on input from individuals employed by, or affiliated with, the corporations that it is tasked with overseeing is the very definition of regulatory capture,” Warren and Rep. Pramila Jayapal (D-Wash.) wrote, citing the POGO report in a letter to the agency released Monday. “The FCC should be working on behalf of American consumers, not giant telecommunications companies.”

.@POGOBlog found that a federal advisory panel tasked with making policy recs to the @FCC is stacked with corporate insiders. This is the definition of corruption: industry members writing the rules to benefit themselves & their rich friends. https://t.co/eowemeiBw1

The FCC may be in violation of a federal rule that requires advisory committees to “be fairly balanced in terms of the points of view represented and the functions to be performed by the advisory committee,” Peterson noted. 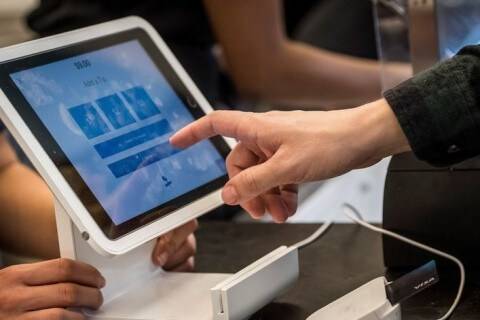 A California man accused Square of violating privacy laws after the payments company mistakenly forwarded a digital receipt containing details of his medical history to one of his friends. 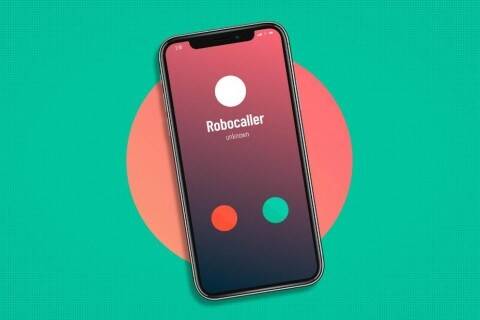 Julianne Stafford, a special education teacher in Massachusetts, recently got a terrifying phone call: someone claiming to be a Social Security official said a number of bank accounts opened in her name in El Paso, Texas, had been linked to drug trafficking — and that Boston police had a warrant for her arrest.