You are here: Home / Technology / Analysis | The Technology 202: Democrats slam record-setting FTC fine as a gift to Facebook – The Washington Post In this file photo dated Tuesday, May 22, 2018, Facebook CEO Mark Zuckerberg leaves the EU Parliament in Brussels during a series of meetings over data protection standards at the internet giant and alleged misuse of the personal information. (AP Photo/Geert Vanden Wijngaert, FILE)

“A Christmas present.” “Barely a tap on the wrist.” “Drop-in-the-bucket penalty.” “Chump change.” “A mosquito bite.”

That’s how Democrats in Congress are blasting the largest fine the federal government has ever imposed on a tech company for failing to uphold its promises to improve its privacy practices. They’re criticizing the Federal Trade Commission’s decision last week to reach a $5 billion settlement with Facebook that could end the agency’s investigation into the company’s privacy practices, my colleague Tony Romm reported Friday.

The FTC’s wide-ranging probe into Facebook’s privacy practices was broadly seen as a high-stakes test of whether the federal government’s top consumer privacy watchdog had the legal authority and resources to hold Silicon Valley companies to account. Unsatisfied with the commission’s decision, Democrats say the FTC’s fine signals it’s time for Congress to step in on consumer privacy.

From Mark Warner (Va.), the top Democrat on the Senate Intelligence Committee:

Given Facebook’s repeated privacy violations, it is clear that fundamental structural reforms are required. With the FTC either unable or unwilling to put in place reasonable guardrails to ensure that user privacy and data are protected, it’s time for Congress to act.

If the FTC won’t protect consumers, Congress surely must.

The debate over the settlement could spill over into tech hearings on the Hill this week, most notably a hearing Cicilline’s panel is hosting Tuesday with executives from large technology companies, including Facebook executive Matt Perault. Tomorrow’s hearing is part of a broader probe Cicilline’s committee has launched into competition and power in the technology sector. While the committee has promised to probe the tech giants, lawmakers say the investigation is also going to review the government’s oversight of them, including the FTC.

The fine sets in motion the long-awaited conclusion of the FTC’s wide-ranging investigation into Facebook’s privacy practices, which began in 2018 after reports the political research firm Cambridge Analytica accessed the personal data of 87 million Facebook users without their knowledge, which the company’s critics said violated a 2011 agreement between Facebook and the FTC to improve its privacy practices. In addition to imposing a fine, Tony notes FTC’s settlement could result in unprecedented federal oversight of Facebook. He writes:

“The tech giant may have to document every decision it makes about data before offering new products, keep closer watch over third-party apps that tap users’ information, and require its top executives, including Facebook CEO Mark Zuckerberg, to attest that the company adequately has protected privacy. Facebook had agreed to broad contours of those terms as part of confidential settlement talks with the FTC, the Post reported earlier this year.”

But many critics worry these remedies don’t go far enough and were especially concerned that the settlement was approved in a party-line vote, in which the commission’s two Democrats voted against the fine.

But some tech policy experts are pushing back on the lawmakers’ criticism, contending Congress is to blame for handing Facebook a weak punishment. Some experts noted in the absence of a federal Internet privacy law, the FTC has limited authority to impose legal remedies. From Justin Brookman, the director of consumer privacy and policy at Consumer Reports who previously worked at the FTC:

Please see my forthcoming Medium post “The FTC Has Been Set Up to Fail by a Deadbeat Congress.”

The fine is likely to ramp up pressure on Capitol Hill to pass a national privacy law, which both Republicans and Democrats have said is a key policy priority this year. But as Politico’s John Hendel reports, lawmakers face a time crunch with only two weeks to go before the August recess and debate over the bill  ismired in partisan divisions. Sen. John Kennedy (R-La.) blasted the delays during a hearing last week.

“We’ve been talking for what, two years about a privacy bill? Haven’t seen one, don’t know if we’ll ever see one,” Kennedy said. “We need a microwave, not a Crock-Pot here.”

“Big tech companies like Google, Facebook, and Twitter exercise enormous influence on speech,” Hawley and Cruz write in the letter. “They control the ads we see, the news we read, and the information we digest. And they actively censor some content and amplify other content based on algorithms and intentional decisions that are completely nontransparent.”

The senators are hoping the FTC can use its regulatory power to compel Facebook, Twitter and Google to divulge their moderation guidelines. Both Cruz and Hawley have accused social media companies of censoring conservatives, claims the White House elevated during a summit last week that brought together right-wing figures and lawmakers. Tech companies have consistently denied claims of bias against conservatives.

The new letter, in addition to recent actions by President Trump, indicate that Republicans may be ramping up attacks on alleged social media bias as the 2020 election nears.

“Companies that are this big and that have the potential to threaten democracy this much should not be allowed to curate content entirely without any transparency,” the senators write. “These companies can greatly influence democratic outcomes, yet they have no accountability to voters.” NIBBLES: Democrats on the House Financial Services Committee are considering introducing legislation to prevent tech companies with $25 billion or more in revenue from acting as financial institutions, Bloomberg Law’s Lydia Beyoud reports. The draft legislation is being circulated ahead of back-to-back Hill hearings this week on Facebook’s cryptocurrency project Libra, showing how Facebook’s foray into financial services could serve as a lightning rod for greater regulation of Big Tech’s banking ambitions.

If enacted, the legislation would bar tech giants from “offering banking or other financial services, including lending, taking deposits, operating alternative trading systems, or acting as investment companies,” Beyoud explains.

One key concern seems to be cybersecurity risks. “Facebook intends to manage and hold a detailed digital repository of social, financial, and government data, which may further increase their hacking risks,” House Financial Services Democrats wrote in an accompanying memo. “Facebook has had issues with safeguarding its users’ information in the past,” the authors added, pointing to the company’s recent $5 billion settlement with the Federal Trade Commission over exposing the data of 50 million users as well as several other instances.

BYTES: Tech investor and Facebook board member Peter Thiel said at a conference on Sunday nigh that the FBI and CIA need to probe Google for allegedly aiding the Chinese military, according to a report from David McCabe in Axios. Thiel said there are three questions the federal government needs to be asking the search giant:

1. “Number one, how many foreign intelligence agencies have infiltrated your Manhattan Project for AI?”
2. “Number two, does Google’s senior management consider itself to have been thoroughly infiltrated by Chinese intelligence?”
3. “Number three, is it because they consider themselves to be so thoroughly infiltrated that they have engaged in the seemingly treasonous decision to work with the Chinese military and not with the US military… because they are making the sort of bad, short-term rationalistic [decision] that if the technology doesn’t go out the front door, it gets stolen out the backdoor anyway?”

Google has been under fire, especially from conservatives, for its decision last year to pull out of a key contract with the Pentagon, known as Project Maven, after employees protested building artificial intelligence for warfare. The company faced broad backlash for the decision, especially after The Intercept revealed Google was working on a censored version of its search product — internally called “Project Dragonfly” — to allow the company to expand its business to China. Google has since said there are no current plans to launch the search engine, but The Intercept reported some employees believe work on the project is continuing.

Thiel is the most prominent supporter of the Trump administration in Silicon Valley, and his comments came at the National Conservatism Conference, a new event that bills itself as being focused on Trump-era nationalism, McCabe writes. Thiel’s speech did not touch on Facebook, but McCabe notes that company’s political headaches could be in the spotlight as critics like Hawley are scheduled to speak later this week.

— The Trump administration is scrambling to broker a trade agreement with European lawmakers to develop an international system for taxing digital profits, the New York Times’s Jim Tankersley and Alan Rappeport report. The Treasury Department faces increased pressure to reach an agreement as the U.K. is mulling its own revenue tax of 2 percent on large tech companies with users in the region.

That’s creating jitters among U.S. tech companies in the wake of France’s decision to adopt a digital tax last week. French Finance Minister Bruno Le Maire has said the country would be willing to reconsider the 3 percent tax it imposed on U.S. tech companies last week if the Group of 7 can reach an agreement in Chantilly this week, the Times reports. The French tax has been blasted by U.S. tech companies and trade groups, which are looking to Washington for protection.

Republicans in the Senate are trying to smooth the way for trade talks by voting on a quartet of international tax treaties that have been in limbo for nearly a decade. Meanwhile, the Treasury Department, which is investigating the French tax, told the Senate Finance Committee it is “considering a range of options,” the Times reports. 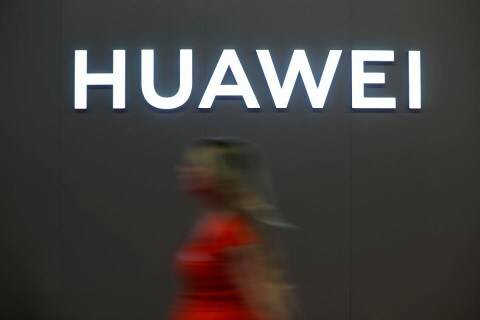 U.S. firms may get nod to restart Huawei sales in two-four weeks

The U.S. may approve licenses for companies to re-start new sales to Huawei in as little as two weeks, according to a senior U.S. official, in a sign President Donald Trump’s recent effort to ease restrictions on the Chinese company could move forward quickly. 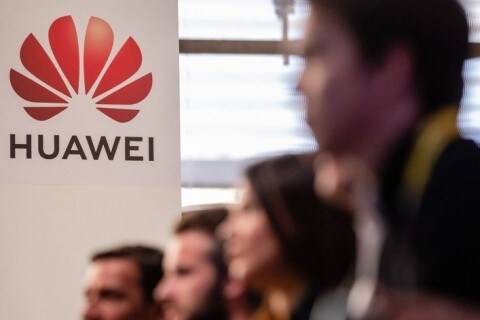 Huawei Technologies is planning extensive job cuts at its U.S. operations as the Chinese technology giant continues to struggle with its American blacklisting.