You are here: Home / Science / The Science of Virtual Work – Psychology Today 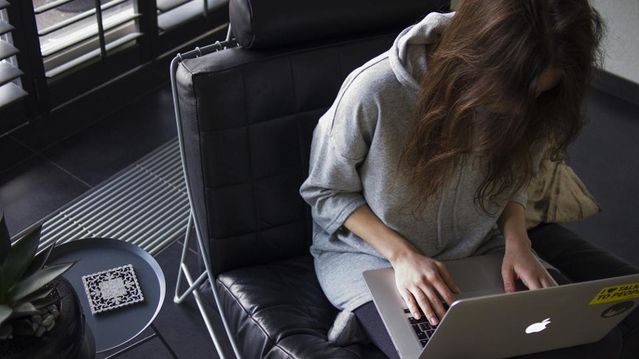 By David Rock and Khalil Smith

With coronavirus now all but ensuring that teams who can work remotely are doing so, you’ve probably been wondering how that migration will actually happen—and if it’s going to be good or bad for your teams and organization.

Here’s the short answer: yes, working remotely can be a good thing. As long as you do it right.

Let’s start with the research: A 2015 Stanford study of 500 employees over two years showed that working remotely increased total-factor productivity by between 20 and 30 percent, due in part to increased performance and lower overhead costs. Other research shows virtual work saves a company, on average, $11,000 per employee per year, and that overall it makes employees happier.

Overall, a large body of research strongly points to the idea that working virtually can be great for everyone when done well. Of course, there will always be some companies, roles, and individuals who are an exception, but overall it is a positive trend. So why don’t companies do this a whole lot more?

At the NeuroLeadership Institute, we propose that a number of unconscious biases stop managers from evolving work in this direction. There’s a category of bias called expedience bias, which may encourage us to not go virtual simply because “it doesn’t feel right.” So, managers plow ahead without considering all possible information. This bias can combine with another category of bias, called safety bias, where managers are likely to focus on potential losses (such as fear of people goofing off), more than expected gains. This cocktail can have managers anxious about what they don’t see, and questioning whether employees will be as productive when they are working from home and incapable of being observed. In fact, research suggests in most situations people work harder, longer, and more effectively when they’re able to work at home.

Let’s summarize all this and say that more virtual work is likely to be good for everyone, and we don’t do it more because of some quirks of the brain. But getting to short, efficient, energizing interactions is critical to maintaining connection and getting things done. Here are three things we tend to get wrong—and how to get them right—across organizations of any size.

One of the effects of expedience bias is the unconscious decision to begin scheduling meetings from the moment we start our workday. Yet research on productivity shows that many of us have our best ideas in the morning. Generally, mornings are the best (and often only) time we can focus and be individually productive. If you want to maximize most people’s performance, let them work quietly on their own in the morning. Start virtual meetings later in the day so people can complete those big and innovative projects when they naturally want to. Chances are you’ll see productivity soar. Additionally, just because it is possible to schedule meetings back to back, doesn’t mean it is a good idea. Get in the habit of having 25- and 50-minute meetings (instead of 30 and 60), thereby giving people time to refocus, take care of urgent issues, and generally just change mental gears.

Another unintentional consequence of virtual work is that it becomes so much easier to unintentionally exclude people. Virtual work introduces another bias, known as a “distance bias,” where we prize what’s closer in time or space more than that which is farther away. This manifests itself in us placing a higher value on things that are physically close to us. The physical construction of our workspaces are often efficient at creating accidental interactions. (Steve Jobs believed this.) The people we happen to see on the way to the water cooler or on the way back from lunch can be just the people we needed to connect with, but about whom we might otherwise have forgotten.

Likewise, just happening to see someone can spark the reminder that we wanted to connect with that person, ask them a question, or update them on something not quite important, but not quite trivial. Have you ever stopped working as closely with someone because they moved to a different floor in the same building? Are you more collegial with your peers in your local office than you are with those in satellite offices? If so, then, like most of us, you are already experiencing the effects of this bias.

Without those physical and visual cues, we must be deliberate. At the NeuroLeadership Institute, we tend to say “If you’re not actively including, you’re probably accidentally excluding.” That accidental exclusion becomes all the more probable when people are out of sight and out of mind. A system, like calendar reminders when you haven’t spoken with someone in a while, or a digital “yearbook” to flip through occasionally, can be just the fix needed to remind oneself to actively include. But don’t overdo it. Just because you’re not constrained by the size of a meeting room any longer doesn’t mean the attendee list should expand. Knowing how, and when, to gracefully exclude others, is still key to getting things done.

In a recent post, one of the authors of this post outlined several specific practices that make a world of difference, in particular to virtual meetings. To make virtual working more effective, we first need to make it more social—for example, putting in the effort so our brains think of the sounds coming through a speaker as another human, not just noise. This improves, well… just about everything.

Second, we need to pay attention to what we look like on camera. We mean that literally. A distracting camera angle or visually noisy background changes the dynamic of the conversation.

Third, we need to put a lot more attention on our attention itself, and remove distractions from being able to be fully focused when interacting virtually. The quality of sound is critical. If we can’t effortlessly hear people, then our already-limited and taxed cognitive resources are even more diminished.

Next, we can learn to use visual cues, like nods and thumbs up or down, to speed up communication.

And finally, we can learn to leverage digital tools to be able to work in parallel (broad and simultaneous contribution) versus in serial (one person speaking at a time). These ideas in particular literally make virtual meetings faster, less biased, more inclusive, and more creative, all at once.

In summary, if we manage the when, who, and how of virtual meetings just right, virtual work can be a boon, increasing productivity, reducing costs, and making the majority of employees happier. With a little help from science, a bigger focus on virtual work could have long-lasting benefits to your organization and beyond.

This article originally appeared on Forbes.