You are here: Home / Science / Coronavirus: three things all governments and their science advisers must do now – Nature.com

“Some of the most important choices about a nation’s physical health are made, or not made, by a handful of men, in secret.”

Sixty-odd years ago, the chemist, writer and civil servant Charles Percy Snow revealed in his book Science and Government the shocking extent to which science advice to governments during the Second World War had lacked evidence. As the world stands on the precipice of one of the worst infectious-disease outbreaks in a century, his observations are just as relevant today.

Around the globe, countries are responding to the coronavirus pandemic with steps previously taken only in times of war. Borders are closing. Communities are being quarantined; gatherings cancelled; restaurants closed; and factories and hotel rooms requisitioned.

And yet in many countries, including the United States and the United Kingdom, governments have been making crucial decisions in secret and making announcements before publishing the evidence on which their decisions are based. This is not how governments should work. The secrecy must end.

As Europe becomes the outbreak’s new epicentre, and cases continue to rise in almost every affected country, three things must happen urgently.

Neither the United States nor the United Kingdom has said why it has not been following the advice of the World Health Organization (WHO), which is to aggressively test, track and isolate as many cases of COVID-19 as possible. They argue that they are being advised by some of the world’s best virologists and infectious-disease epidemiologists. This is true. But at the same time, no government can match the WHO’s cumulative on-the-ground experience — and lessons learnt — in dealing with outbreaks, from severe acute respiratory syndrome (SARS) to Ebola. The agency is emphatic that measures known as ‘containment’ are essential, alongside social distancing and rapid clinical care, in places where there is ongoing transmission. 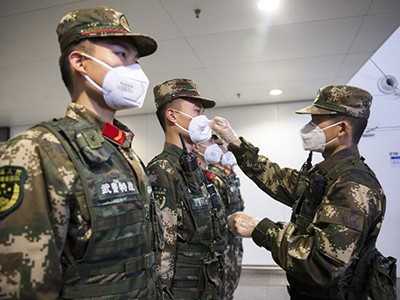 Aggressive testing of cases, and quarantining of their contacts, is still not a declared policy priority for the United States, where efforts are being hampered by the shortage of COVID-19 diagnostic tests and the absence of a unified public health system. The United Kingdom, where public health is more centrally run, has also implemented limited testing, although it is now ramping this up — as are other countries. By contrast, although their respective mitigation measures have been different, China and South Korea used much more aggressive containment from the start, and continue to do so. Both countries now have fewer new cases per day than when the virus was at its peak.

It is rare for the WHO to criticize member countries that are among its largest donors, but director-general Tedros Adhanom Ghebreyesus was unequivocal when he said last week: “The idea that countries should shift from containment to mitigation is wrong and dangerous.” He added: “You can’t fight a virus if you don’t know where it is. That means robust surveillance to find, isolate, test and treat every case, to break the chains of transmission.”

This week, he reiterated the point: “The most effective way to prevent infections and save lives is breaking the chains of transmission. And to do that, you must test and isolate. You cannot fight a fire blindfolded. And we cannot stop this pandemic if we don’t know who is infected.”

From the start of the outbreak, researchers around the world have led the way in sharing research and data. Nature — in common with colleagues across international research publishing — committed to making all coronavirus-related research and data open. The sharing of data — ranging from viral gene sequences to epidemiology studies — is needed to track how the virus is spreading and how it might be curbed.

Research leaders who work for — and advise — governments must do the same. Open and shared research is better research, because it allows a wider group of experts to check assumptions, verify calculations, interrogate conclusions and spot and challenge mistakes. Unfortunately, when it comes to the evidence underpinning government science advice, that is not happening enough. 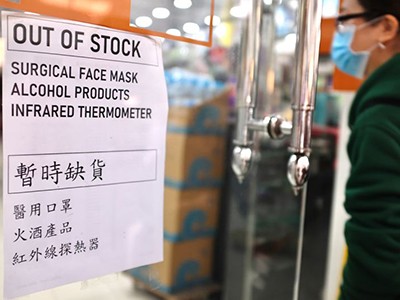 The consequences of not publishing evidence is apparent in the United Kingdom’s controversial decision to delay the type of compulsory school and workplace closures that other countries are enacting. Part of the initial reasoning, as explained by chief scientific adviser Patrick Vallance, included the premise that, for healthy people, getting a mild illness would help to build up their immunity — and that, if more people became immune, it would reduce virus transmission. According to this reasoning, such a move would also delay — and reduce — the peak in infections. But the evidence behind this approach was not revealed. Not unexpectedly, the approach was questioned by scientists, including epidemiologists and other infectious-disease specialists, and is no longer part of UK policy.

Researchers understand that sudden changes in policy will be necessary in a rapidly evolving situation in which there are many unknowns. But governments risk losing their trust by announcing those policies before the underlying data, models and assumptions have been released.

Ministers and their science advisers seem to have reverted to the Second World War model of making decisions in relatively small groups and then releasing papers and statements, giving interviews or writing articles. Politicians and their science advisers need to get with the times and embrace open research. They should harness the collective expertise — now also accessible through social media — of virologists, epidemiologists, behavioural researchers and others who can help them to better interrogate their models, and therefore improve their decisions. This is imperative now, when they are making decisions on which the future of lives and economies depend.

International cooperation will save lives

It is undeniably difficult for government science and medical advisers to advocate for a more collective, transparent approach when some of their leaders — particularly US President Donald Trump and his administration — are sceptical about the value of international cooperation and are instead making unilateral decisions. The United States’ decision to ban flights from China and Iran, and later from European countries, was made without consulting the majority of these nations — and without publishing the evidence for how flight bans might slow the spread of a virus that is already circulating within a country.

But the advisers must persevere. They must persuade their leaders that coordinated collective action is in everyone’s interests. If, for example, they disagree with the WHO’s analysis, then they should explain why. To defeat a pandemic in an interconnected world, countries need to provide full and transparent evidence to back up their decisions, and be willing to share that evidence so that they can defeat the virus together.