Telltale Games may be dead, but the studio’s most iconic series has risen anew. Telltale recently shocked the gaming world when they announced they were shutting down and cancelling all future projects, including the remaining two episodes of The Walking Dead: The Final Season. Thankfully, Skybound Games, a new studio founded by Walking Dead creator Robert Kirkman, stepped in to finish the season with a dev team largely composed of former Telltale employees. It seemed like about the best outcome fans could hope for, given the situation.

Of course, Kirkman’s franchise doesn’t usually do happy endings. Does The Walking Dead: The Final Season Episode 3 continue Clementine’s last story in style? Or is the series a shambling shell of its former self? Time to put these walkers through their paces… 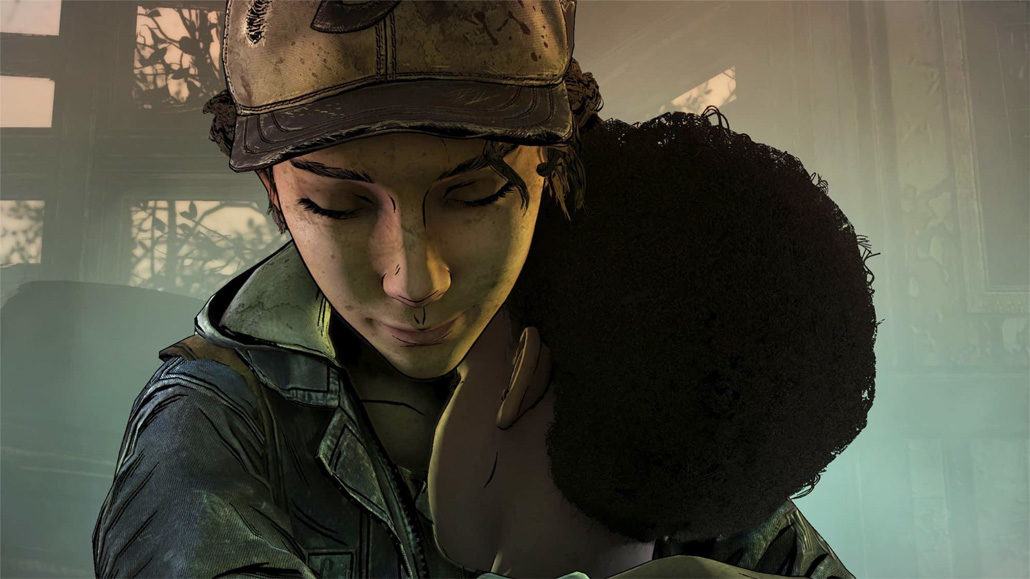 Warning: This review contains spoilers for The Walking Dead: The Final Season Episodes 1 and 2.

On our previous episodes of The Walking Dead: The Final Season, Clementine, now around 16, and her adopted son AJ were rescued and taken in by a group of teens who’d set up camp in an abandoned boarding school. Of course, this being The Walking Dead, something bad was going on at the school – it turns out the kids’ leader, Marlon, had secretly traded two members of the group to a band of raiders. When one of the other kids confronted Marlon about this, he lashed out, accidentally killing her. Marlon tried to pin it on Clem, but AJ settled the argument by putting a bullet in Marlon’s head.

Unsurprisingly, this got Clem and AJ “expelled,” and when out on their own they ran afoul of the raiders, who happened to be led by Lilly, an unpleasant character last seen during Season One. Clem and AJ managed to escape the raiders with the help of James, a former Whisperer, and returned to the school to help them prepare for a raider invasion. The kids put up a good fight, but they were eventually overpowered and three students, including Clem’s crush (your choices determine who that is) were kidnapped to be used a child soldiers. And now on to this week’s episode! 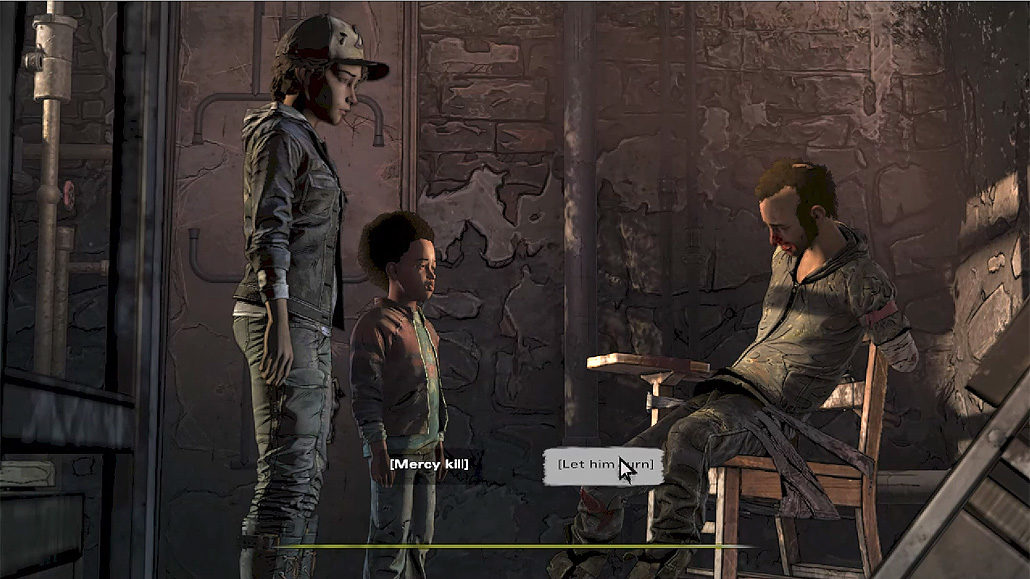 Episode 3 sees Clementine and the remaining kids from the school planning to rescue their friends from the raiders, who are set up in an old river boat. Clem decides to recruit James so they can sneak aboard the boat amidst a herd of walkers, but things are complicated when they run into Minnie, one of the boarding school kids who was traded to the raiders by Marlon. If Episode 1 of The Final Season was mainly character-driven, and Episode 2 got a big bogged down in plot, Episode 3 is a nice mix of the two. The rescue plan provides forward momentum, but the chapter doesn’t skimp on character moments.

The relationship between Clementine and AJ is still the core of the story and remains as affecting, and concerning, as ever. This episode really begins teasing that some of your parenting decisions, even the ones that have been portrayed as “right,” may have been mistakes. Almost every other character, from the moody-yet-compassionate Violet, to bucktoothed brat Willy also get their own little character moments. This latest episode also subverts some of the expectations set up by the first two – every chapter has contained a “Truth or Dare” style game, but this time around it goes to a surprisingly dark place. A later scene where Clementine dons a Whisperer mask and walks amongst a pack of walkers is oddly poignant, and hints at a happy ending for the Walking Dead universe the comics and TV show have never really suggested. 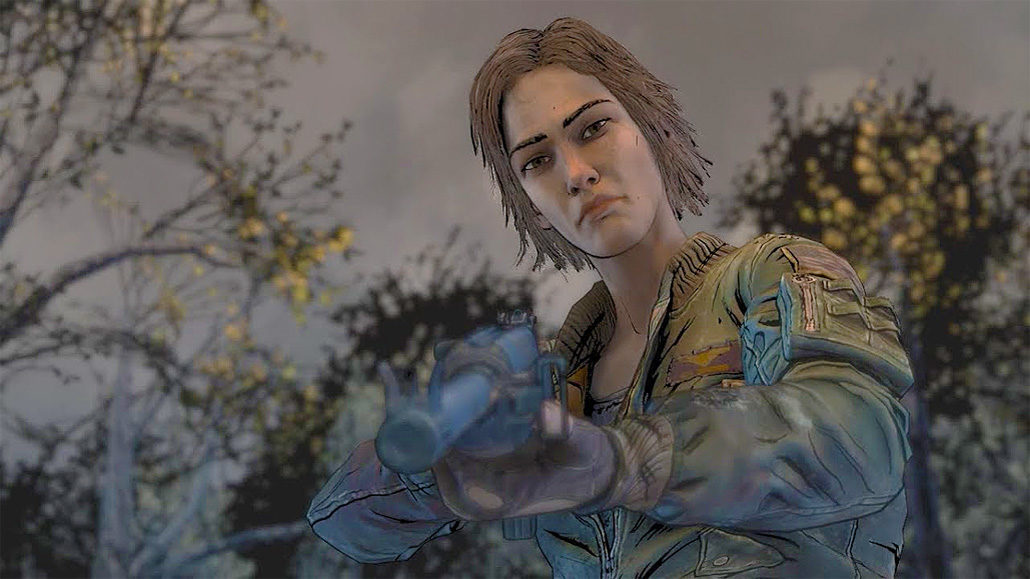 Oh, and yes, as teased by the Episode 3 trailer, Lee does make a return of sorts. It’s just a dream sequence, but it’s still an emotional gut punch. In the wrong hands, this scene could have easily come off as schmaltzy or manipulative, but Telltale earned this moment. If the development of The Final Season somehow falls apart again and we never get Episode 4, at least we got this goodbye.

All this leads up to a haymaker of a finale, packed with tense Mexican standoffs and queasy “Who dies?” decisions. The last few minutes of this episode are as intense as this always-intense series has ever been. As for the action, it is, as usual, a mixed bag. One bit that asks you to evade zombies in a small enclosed area without killing them is a true pain the ass, but some other sequences, like one where you use the undead as bullet-absorbing meat shields, are actually kind of clever. 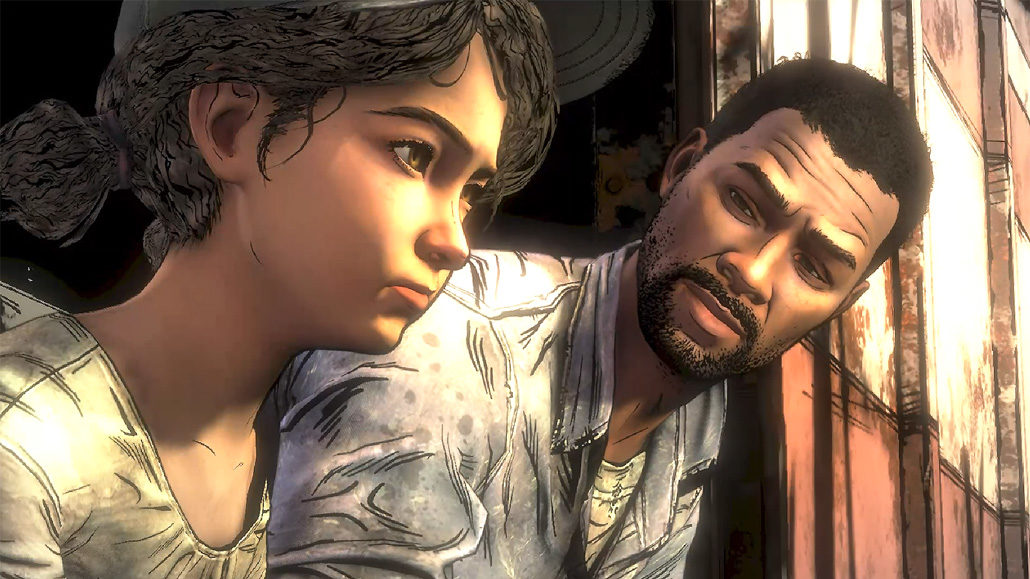 Visually, technically, Skybound Games’ work measures up fairly well to Telltale’s. Which is to say, The Final Season Episode 3 is nice enough looking artistically, but a bit rough around the edges. The ugly textures, weird lighting issues, and framerate drops are perhaps a bit more common this time around. That said, I got through the episode’s three or so hours without any crashes or serious glitches, which was actually somewhat surprising given what this game has gone through.

This review was based on a PC copy of The Walking Dead: The Final Season Episode 3 provided by publisher Skybound Games.

The Walking Dead was worth saving. The usual Telltale caveats about polish and quick time action scenes apply, but this is exciting, powerhouse storytelling, packed with fantastic character work and edge-of-your-seat cinematic moments. The Walking Dead: The Final Season Episode 3 lines up the sights for a bloody good finale – let’s hope Skybound nails the headshot.