You are here: Home / Reviews / The Lenovo ThinkPad A285 (12.5-Inch) Review: Ryzen Pro Gets Down to Business – AnandTech

A couple of months back Lenovo released the ThinkPad A285; a 12.5-inch business-class notebook featuring AMD’s Ryzen Pro mobile processor, complimenting their 14-inch A485 Ryzen Pro powered model. These are the first two Lenovo ThinkPad models to feature AMD’s Ryzen APU, and with it the latest generation of their Pro series, offering enhanced security, and manageability, over the normal consumer variants. 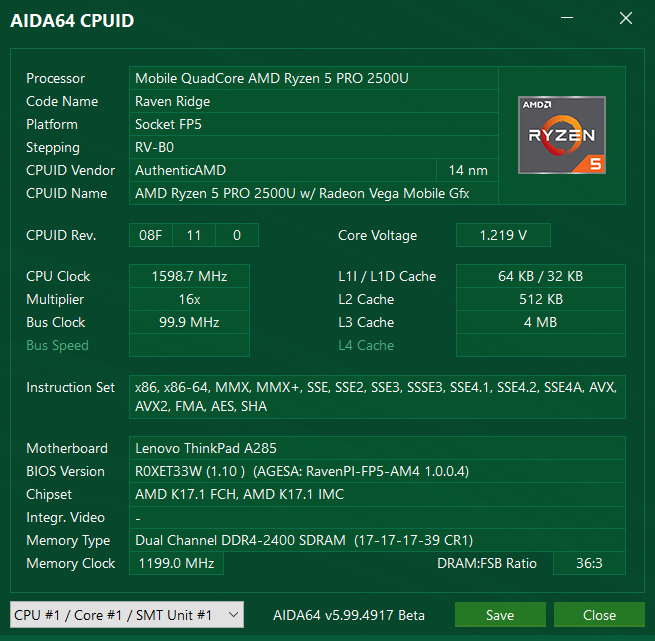 As it so happens, this is also our first time looking at a Ryzen Pro APU. So for those out of the loop on AMD’s enterprise-focused parts, what’s significant about Ryzen Pro? The Pro in Ryzen Pro is important for IT administrators, where manageability of devices is the key to keeping them secure and up to date. Ryzen Pro offers other features as well which will be of interest to the enterprise, such as a minimum of 24 months of planned availability of parts, meaning volume purchases should be able to maintain repairs and image stability.

Ryzen Pro also offers DRAM encryption as an option, which is OS and application agnostic, with a low performance impact. It also features an dTPM 2.0. And as a business-class device, it offers management via AMD’s implementation of Desktop and mobile Architecture for System Hardware, or DASH, which offers management tools such as the redirection of keyboard, video, and mouse (KVM), remote power-on, and other features for wide-scale device management.

Putting theory into practice, we have the subject of today’s review: Lenovo’s ThinkPad A285. The staunchy Lenovo laptop ships with AMD’s Ryzen 5 Pro 2500U APU, which like its non-pro counterpart is a quad-core processor with eight threads, and a base frequency of 2.0 GHz with a boost frequency of 3.6 GHz. On the GPU side it offers 8 Vega GPU cores (CUs) as well, which is a step below the 10 cores offered on the fastest Ryzen Pro SKU, the Pro 7 2700U.

Lenovo has been doing ThinkPads a long time, so the rest of the device fits in well with what businesses would be looking for. Unfortunately, the display Lenovo uses in their base model is a 1366×768 TN panel, but they do offer a proper 1920×1080 IPS model as well with touch. There’s also a fingerprint reader for Windows Hello, and the new ThinkShutter which can be slid over the webcam, which is a great privacy feature Lenovo has introduced.

The Thinkpad A285 offers plenty of connectivity for a small device, with two USB-C Gen 2 ports, one Type-A Gen 2 port, and one Type-A Gen 1 port which offers always-on power. There’s HDMI 2.0, and DisplayPort over USB-C. If you need to dock the laptop, Lenovo offers a couple of options including a USB-C dock. For those that need it, you can add-in a Smart Card reader as well. 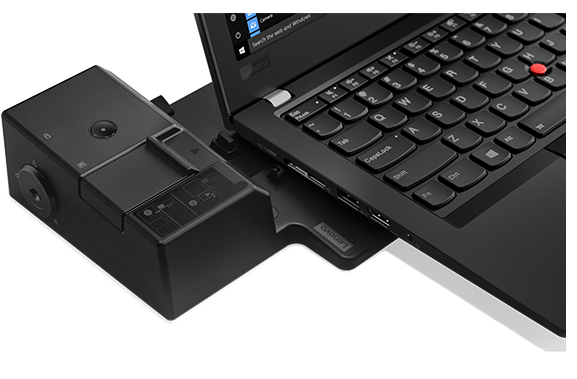 On the network side, Lenovo offers an 802.11ac solution, as well as a dongle for a native Ethernet adapter, since laptops are generally too thin now to offer a full-size Ethernet port.

With a starting weight of 2.78 lbs, this ThinkPad is well equipped and should be easy to use on the go.