You are here: Home / Reviews / South Park: The Fractured But Whole review: the funniest RPG of the generation? 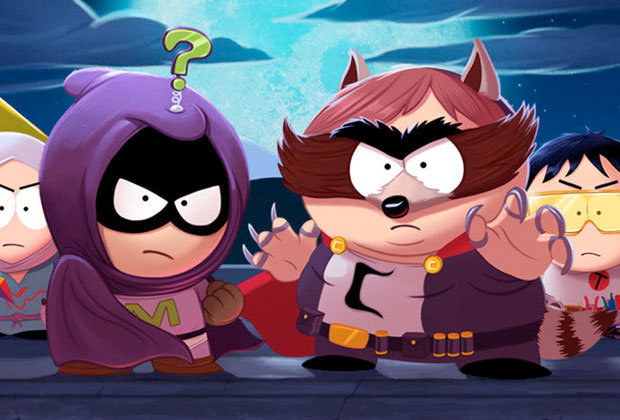 
South Park: The Fractured But Whole review: the funniest RPG of the generation?

South Park: The Fractured But Whole is the funniest game we’ve played all year.

It’s got that trademark South Park humour, brought to life so adeptly by veteran writers and actors Trey Parker and Matt Stone, combined with some enjoyable and addictive gameplay elements, too.

The game – as you’d expect – doesn’t exactly shy away from controversy. From the game’s opening gambit of you setting your character’s skin colour to determine difficulty (the darker the skin tone, the harder the game), the series’ off-beat humour just gets more and more on-the-knuckle.

For the most part, the humour hits home: it’s sharp satire mixed with a self-awareness that later episodes in the TV show seemed to lack.

The fact the game is able to mock itself and mix low-brow fart joke humour with the ever-more complex political satire the series has become known for is impressive – especially since it’s able to keep the momentum up for the 30+ hours the experience will take you.

South Park: The Fractured But Whole is a smart RPG experience that rights the wrongs of the first game in the series, and shows that both Ubisoft and South Park Digital Studios listen to fan feedback and know how to deliver a project that gamers and fans of the show alike can enjoy. 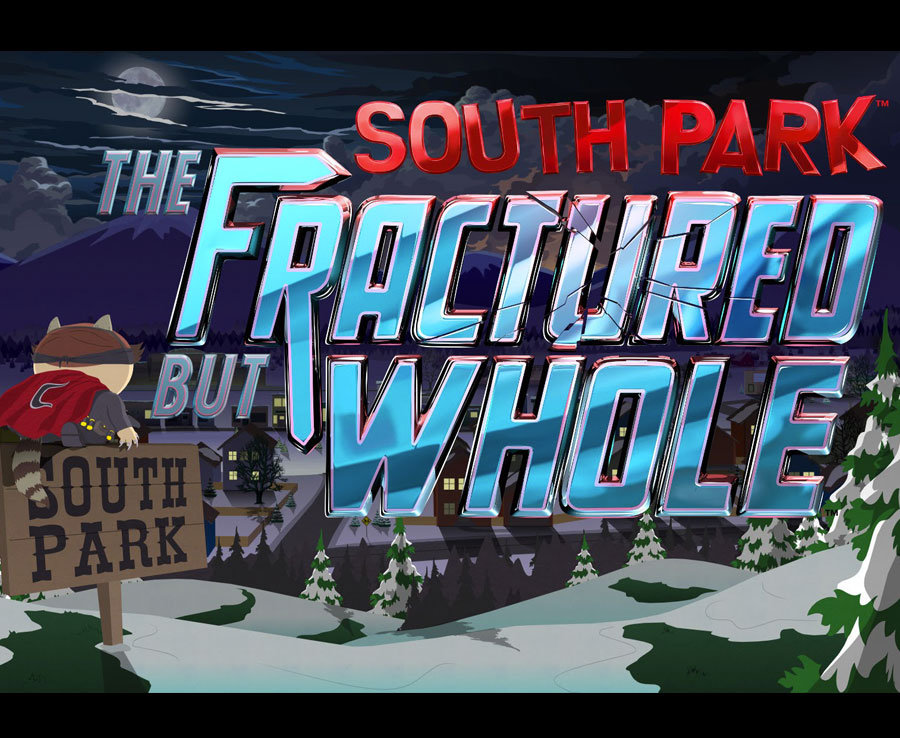 The game effectively picks up from where The Stick of Truth left off: the boys (and your intentionally ungendered main character) are playing war in a fantasy world… until Cartman gets bored and railroads everyone into a superhero-inspired game instead.

Loyally, the boys follow on. What starts as a story about Cartman’s jealous desire for his superhero franchise to be better than everyone else’s quickly becomes a more complicated story about corruption, drugs and – uh – ‘cheesing’.

No spoilers here, but the story seems far more complete than its predecessor. The Stick of Truth started out strong, but it was clear there were production issues coming to the latter half of the game: the density of content fell away, and unfortunately the pacing of the whole thing fell apart in the final third of the title.

Thankfully, The Fractured But Whole doesn’t suffer from the sames issues. The whole story is a tighter fit, with the game mechanics, boss battles and levelling system tied adeptly into the narrative.

You don’t easily become over-powered, there’s enough enemy variety to keep things interesting and the deep South Park lore present in just about every area gives casual fans and superfans alike something to keep their attention rapt at all times.

The game takes you on a tour of just about every South Park locale you can think of: the game is based heavily on the newer series, so you have districts like the Historic Shi Ti Pa Town and Main Street and the rows of the boy’s houses, all created as authentically as anything you’d find in the show.

The world is more open than the previous game, too. You’ll have narrative beats to hit here and there, but for the most part you’re given free reign of certain areas at a time.

New spaces open up as you clear chapters, and very little of the game makes you retread steps you don’t want to take. A lite-fast travel system speeds things up, too.

If you’ve ever wanted to just immerse yourself in the world of South Park with a fully-voiced, fully interactive crew of kids and supporting characters alike at your beck and call, this is the game for you.

It doesn’t handle badly as an RPG either. Granted, it’s never going to be as deep as something like Skyrim or The Witcher, but as a watered-down RPG The Fractured But Whole is a remarkably fun game.

The battle system is more complicated than the previous title: this time, battles are fought in grids, with certain moves able to attack at range or manipulate the placement of enemies.

Using the right heroes with the right skills in the right situations is vital to success. Battles start off pretty easily and simply, but by roughly a third of the way into the game, they start to become more tricky – introducing bonus objectives (like ‘Don’t get caught by the massive stripper’) to keep you on your toes.

It’s a fun system to master, and as you learn more moves and collect more allies the system just becomes deeper and more rewarding. You might need a little patience, though: leveling takes time, and fighting can get a little grindy here and there. But it wouldn’t be an RPG otherwise, would it?

There are also summons and special ‘Time Farts’ that can be used to interrupt enemy turns – which can be incredibly handy in later encounters. Exploration yields more summons for you to use, so it’s always worth getting out around town whenever you can.

The open world structure and the re-thought battle system are complemented by a light crafting system and a variety of quests that see you filling out a character sheet to develop your superhero origins as the game progresses.

This means you get to meet supporting characters like Mackey, PC Principal, Big Gay Al, Stan Marsh and more as you progress – honestly, if there’s a character you like in South Park, they have a role to play in this game.

Main missions and side missions swing together rhythmically to always give you a sense of variation. Intersperse that with some inventive mini-games and you’ve got a 30+ hour game that only rarely dips in quality.

The production values of the whole thing are on-point, too. We were surprisingly impressed by elements of the game’s OST, and the graphics – of course – look like you’re just playing something from the TV show.

The Fractured But Whole is a must for South Park fans: whilst the TV show’s quality may have dropped off in the latest seasons, there is clearly a lot of love for the world in this game.

Parker and Stone once mentioned that the Ubisoft videogames may be the future of the South Park world – if The Fractured But Whole is what we can expect of the franchise going forward, it’s safe to say the legacy of the show is in remarkably good hands. 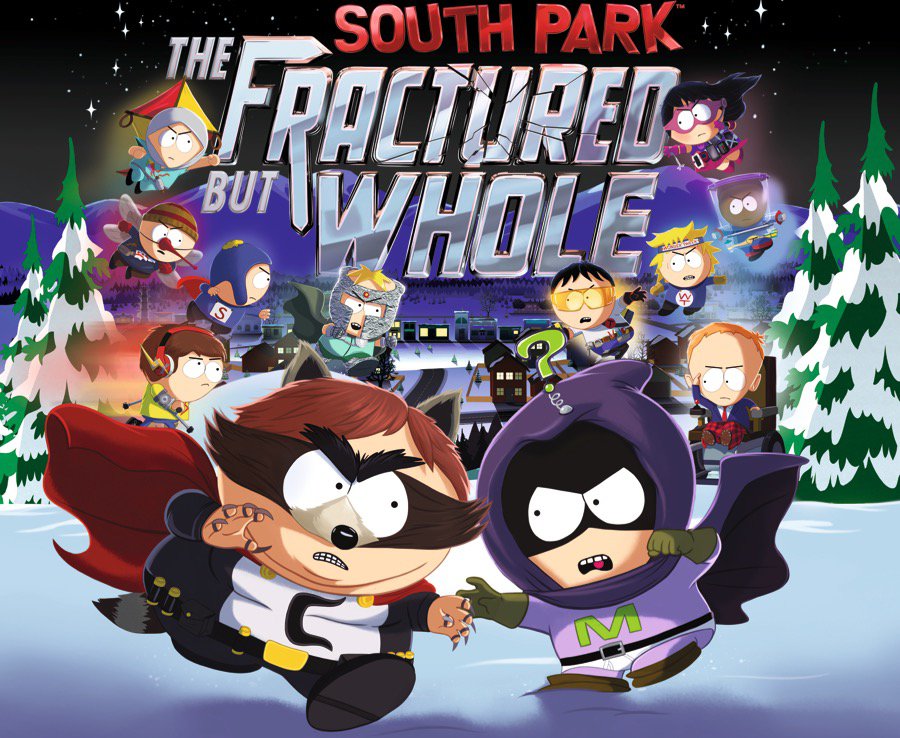 • Crafting system feels tacked on, under-developed
• Battle progression can be slow and grindy
• Some animations or sequences can’t be skipped