Be sure to visit IGN Tech for all the latest comprehensive hands-on reviews and best-of roundups. Note that if you click on one of these links to buy the product, IGN may get a share of the sale. For more, read our Terms of Use.

Not a news flash: Headphone jacks are slowly becoming a thing of the past as wireless technologies become ubiquitous. Thus, when Razer stepped into the smartphone market with its Razer Phone, the device launched with Razer Hammerhead earbuds. These were wired earbuds, but they connected via USB-C rather than a standard 3.5 mm jack. With an in-headphone digital-to-analog converter (DAC) and flat cables to prevent tangling, the original Hammerhead USB-C was a pretty solid pair of headphones. Now, Razer has upped the ante with the Hammerhead USB-C ANC (See them on Razer’s site), which offers active noise cancellation and a price tag that’s $20 higher at $99. Do Razer’s premier gaming earbuds compare to a full-blown headset? Let’s find out. 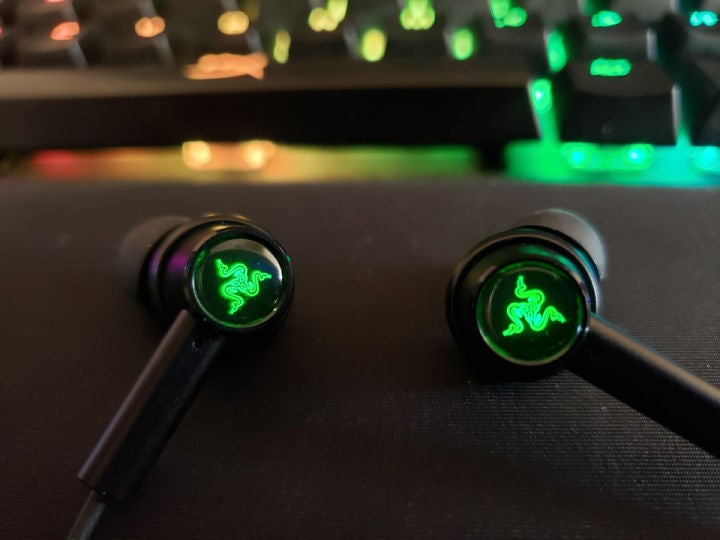 The ANC model’s design ditches its predecessor’s obnoxious green flat cable in favor of a round, black, braided one. Braided cables are great, but they trade the tangle-resistance of flat cables for durability. Depending on your preferences, this can be either good or bad. The cable’s inline controller features switches for play/pause, volume up, volume down, and enabling/disabling of the Active Noise Cancelling.

Always a gaming company at heart, Razer naturally had to add some lighting to the Hammerhead ANC somewhere, and so the matte-black housings integrate a green LED Razer logo on their sides. The earbuds are angled to help prevent them from falling out of your ears, a welcome change from the previous model, especially if you (like me) have smaller ear canals. Three silicone tip sizes are included, as are a pair of COMPLY foam tips. 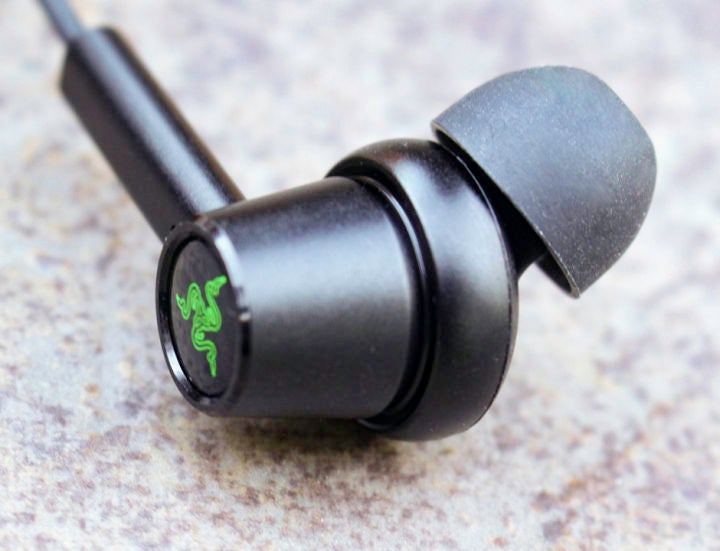 Razer integrates a built-in DAC to let you enjoy your audio dongle-free. (For non-audiophiles, a DAC takes the binary values of a digital signal and converts them to a waveform analog signal, which your speakers then play as sound.) DACs are typically located near the headphone jack in most phones, but with headphone jacks becoming less common, it’s necessary to have in-headphone DACs or a DAC located in an extra dongle. Thankfully, Razer makes the latter approach unnecessary.

Another one of the Hammerhead ANC’s important features is its dual drivers. “Dual driver” essentially means that instead of using just one speaker to cover all the frequency ranges, each earbud has two smaller speakers. This allows for more separation between the high, mid, and bass frequencies, providing clearer sound.

At first, I was a bit skeptical at the idea of earbuds with ANC. After all, you’re plugging your ear (passive noise cancelation), so does ANC, which uses microphone input to create canceling waveforms in lower frequencies to cut ambient sounds, really offer much benefit? The ANC is activated by a switch on the side of the inline controller. A little blue indicator light lets you know if ANC is on.

Unfortunately, I didn’t have the chance to take a plane ride during my test period, so I settled for an in-car evaluation. After plugging in the earbuds and flipping the switch, I was pleasantly surprised to find that most road noise, along with the engine’s low hum, had disappeared. Clearly, ANC was cutting a lot more noise than simple passive blocking. There is a rather jarring noise when ANC powers up, but it doesn’t last more than a second. Other than that, Razer’s ANC worked as expected. 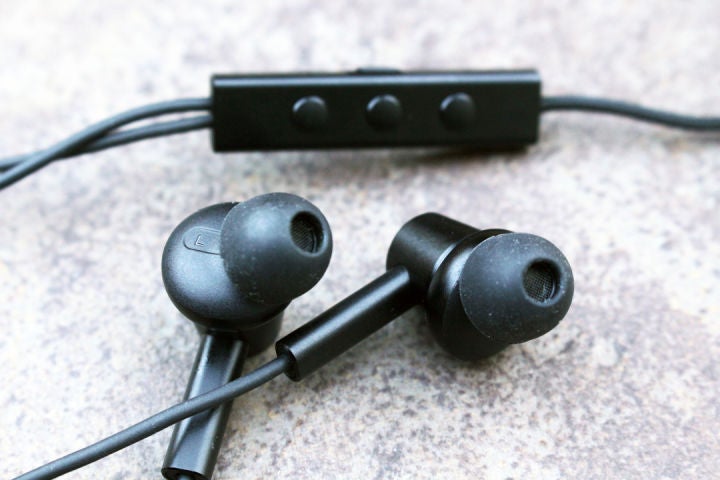 Comparing these to a sub-$20 set of earbuds, the difference in sound quality was like night and day. With most earbuds, the bass and mid frequencies tend to be kind of mushed together, leaving a muddy mess with little clarity. Razer’s dual drivers provide more balance and volume to the different frequency groups. Individual instruments sounded much clearer (Being a trumpet player, I couldn’t help but appreciate the much-improved horns when listening to Earth, Wind, & Fire.) However, particularly high sounds (about 10 kHz and above) tended to be disproportionately loud. This was particularly noticeable in electronic music. Other than that, the new Hammerhead sounded fantastic, even compared to a full headset.

I’m dead serious when I say that the Razer Hammerhead USB-C ANC gave my over-the-ear HyperX Cloud Core a run for their money. While the Hammerhead offered clearer low frequencies, the Cloud Core has more balance across its high frequencies. The differences are subtle, so my choice between the two essentially boiled down to “how loud do I want my highs?” 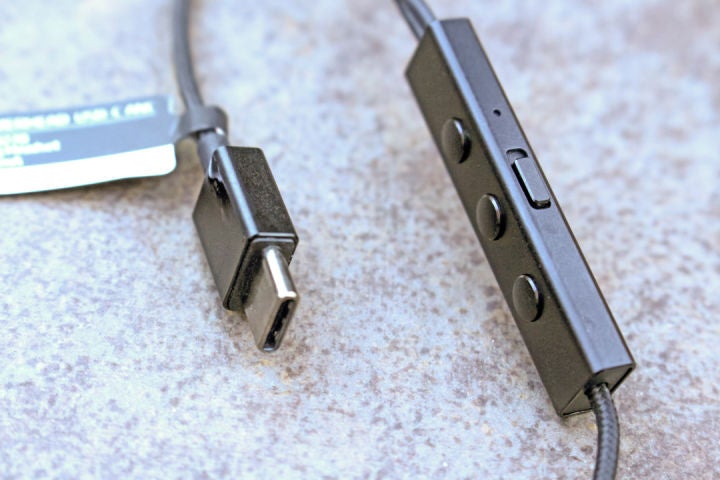 The Hammerhead ANC isn’t marketed as a “gaming” headset per-se, but this is a Razer headset, so I figured I’d put it through a few rounds of Fortnite for giggles. The strong bass provided some extra punch to the gunshots. The prominent highs leave footsteps packing some extra oomph as well, which made sneaking around Tilted Towers a bit easier.

The Hammerhead ANC does have a mic for voice calls and team chats, but there’s one glaring issue with it: compatibility. I tested the Hammerhead ANC on a Huawei Mate 9 and a Samsung Galaxy S8, which only has partial compatibility. So, while I can use the media button to pause and play videos and music, it can’t answer calls or use the mic for calls on my device. A full compatibility chart can be found on Razer’s site.

The Razer Hammerhead USB-C ANC have an MSRP of $99.99 can be purchased from Razer’s website. 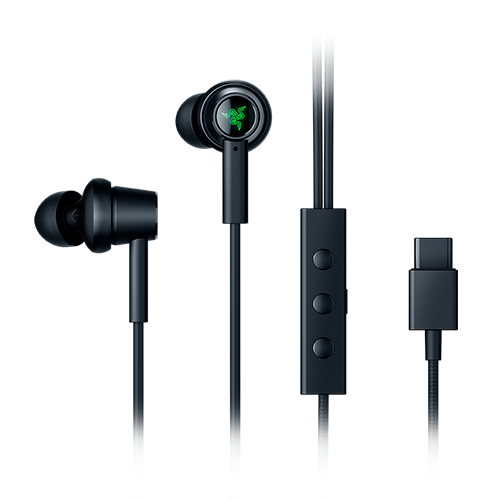 The Hammerhead USB-C ANC are a great pair of earbuds. The active noise cancelling works wonders, and the dual drivers give them audio quality comparable to a full headset. My only real gripe is the occasionally-too-loud high frequencies.