You are here: Home / Reviews / B. Tech review: Tharun Bhascker’s Zee5 webseries takes a familar premise and turns it into magic

If you’ve followed writer and director Tharun Bhascker’s career long enough, B. Tech, his new web series, might feel like the origin of his journey into film industry. By his own admission, it was the first ever screenplay that he wrote and it tells the story of three engineering students — an aspiring filmmaker, a bike enthusiast, and a budding entrepreneur. Directed by Upendra Varma, the web-series might feel familiar, especially in terms of what it tries to say about chasing dreams and tackling parental pressure, but its heartwarming tone works like magic. 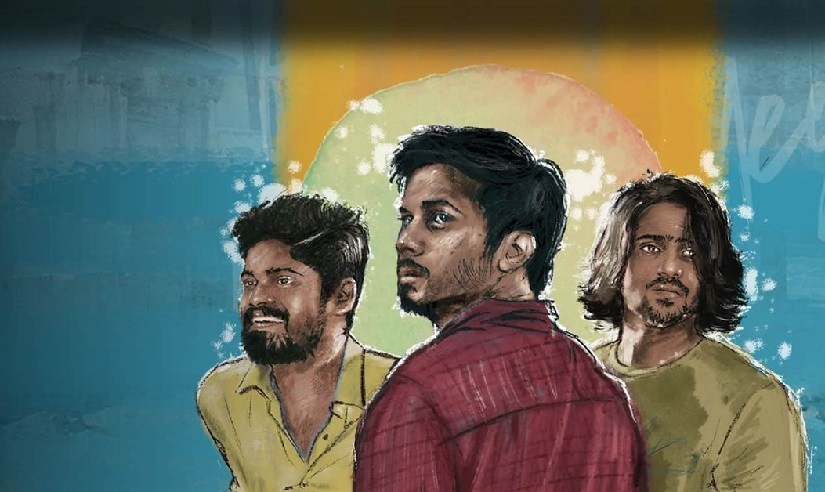 The series begins with Vikram, played by Kaushik Ghantasala, writing an exam, but his friends and parents are more curious to go watch a film first. Soon, we come to know that Vikram loves writing his movie scripts in the exam hall and in his final exam, he decides to write his autobiography about how ended up making a feature film. The narrative structure and the characters in this segment are quite similar to Tharun Bhascker’s very own feature films — Pellichoopulu and Ee Nagariniki Emaindhi. In his cinematic world, there’s always an aspiring filmmaker who’s fighting against all odds. Maybe he’s writing his own story and how he convinced everyone around him to let him follow his passion. In a particularly well-written scene, when Vikram and his father talk about the former’s future goals, it hits you that this is the kind of conversation you wished you had with your parents. Then, there is Vishnu and Chaitanya Garikipati, who play Kaushik’s partners-in-crime.

The trio sets the ball rolling with their camaraderie and banter; however, B. Tech finds its emotional core in its segment on a bike enthusiast from Old City. Akhtar (Meraj Ahmed) and Rafi (Arjun Chukkala) are close friends who dream about racing bikes. Not surprisingly, Akhtar’s father and elder brother don’t support his plans and keep deriding him that he’ll end up as a mechanic after college. Rafi, on the other hand, is quite temperamental, while Akhtar is more focused on what he wants to do. Arjun Chukkala brings in a great deal of Old City’s flamboyance and dialect into his character, and he’s easily the break-out actor of the series. And Meraj embodies the emotional turbulence of a youngster who finds peace in a garage more than a classroom.

And then, there’s Abhay and Madhulatha, who play Hari and Ramya in the most charming segment of the three in the series. Hari is a budding entrepreneur, who dreams of buying a house where he spent his childhood. However, the odd jobs that he takes up make it an uphill task for him to earn big bucks. Back in his native village, Ramya (Madhulatha) keeps waiting for him and she hopes to marry him one day. The duo go through quite a lot to make their dream come true, and Hari’s life gets intertwined with that of Akhtar and Vikram in more ways than he can imagine. There’s a long take where Abhay vents out his frustration about his life which has gone out of control, which gives you a gist of how well Abhay has evolved as an actor ever since his breakout role in Tharun Bhascker’s Pellichoopulu.

B. Tech takes a cue from the frustration and hopelessness that’s prevalent in the lives of youngsters and gives it an emotional spin. Each segment of the story turns into an inspiring message to never give up on your dreams, and full credit to director Upendra Varma for making all of it seem really convincing even in a fictional set-up. It has a lot going on in terms of its writing, but Upendra never goes overboard with any aspect of the story. Cinematographer Vivek does a splendid job in bringing these stories alive, and Raghu Dixit’s music is quite soothing.

There are a few set pieces — like that of a short filmmaker venting out his frustration about not getting a chance to prove his talent — in the series that feel a tad too cliched, but these are few and far between. The series gets its casting and set-up right and Upendra keeps it simple and real. A big thumbs up for the series. It might feel a little familiar, but in the end, it’ll leave you with a big smile.