Update 10/5: This post has been updated with information about in-store availability, the unboxing experience, and hands-on photos with the new models.

The Series 4 model of Apple Watch Nike+ includes a new full screen color version of the special Nike Analog face with Nike’s typeface for the numbers around the clock. This features a fixed complication for launching the NRC app.

It also includes a Nike Digital watch face that has a fixed NRC app complication, two additional small complications, and one bottom wide complication, but this watch face is unchanged from the Series 2 and Series 3 models of Apple Watch Nike+. 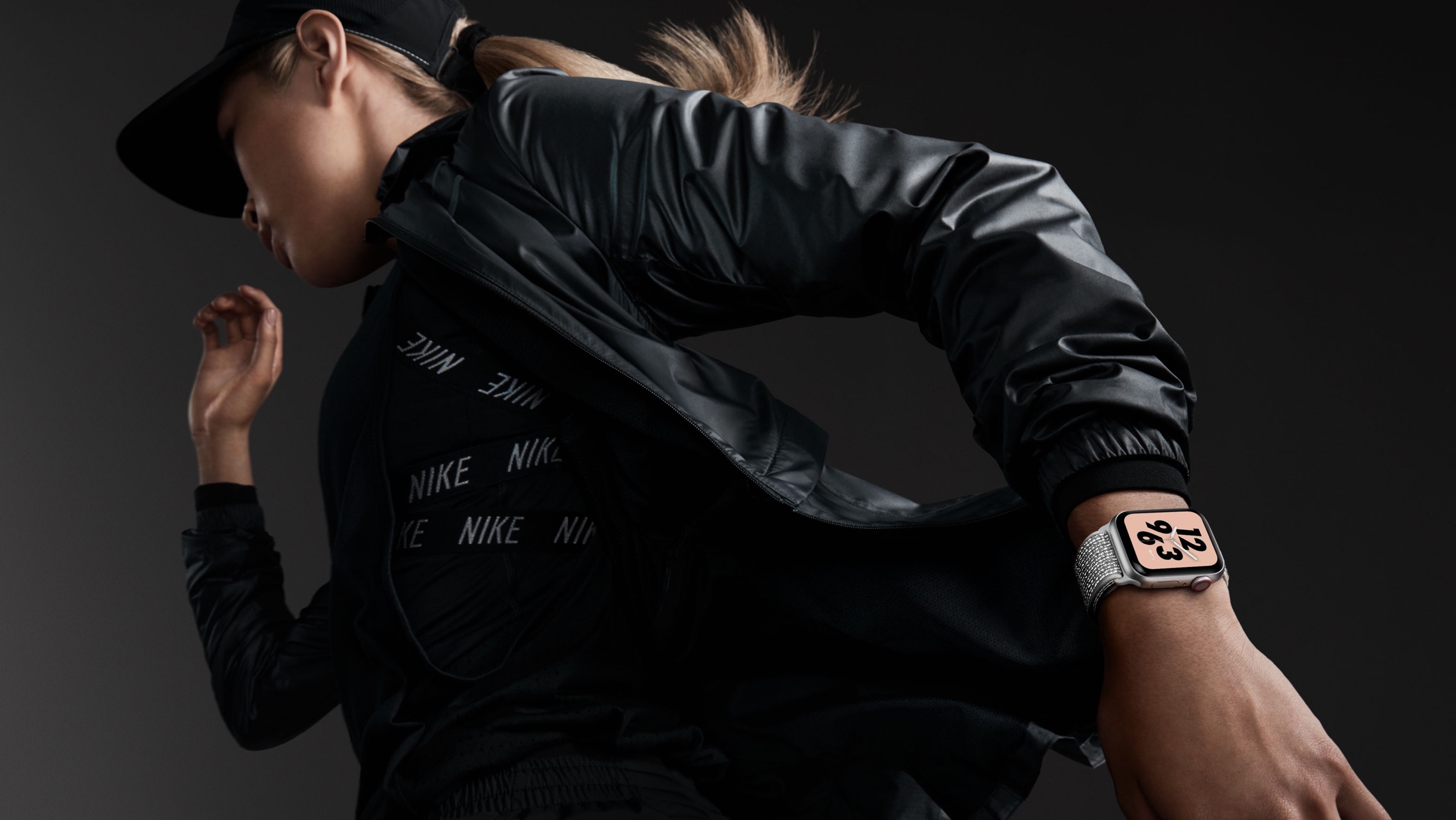 There are also Nike versions of the Sport bands and Sport Loop bands.

Nike Sport bands are designed to be more breathable with perforations that won’t trap sweat. These are sold separately or with the Nike watch.

To help you stand out, Apple Watch Nike+ Series 4 is now available with a Nike Sport Loop band that’s woven with special reflective thread designed to shimmer when light strikes it.

The new Nike Sport Loop bands with reflective characteristics aren’t sold separately yet, but Apple and Nike have a pattern of making these available around six months after release with the watch.

Digital Byte Computing has an early unboxing video that shows the black packaging and Nike-specific version of the prints inside: