You are here: Home / News Tech / The Technology 202: Ahead of public offering, Pinterest tries to distance itself from problems plaguing Big Tech Pinterest is seeking to distance itself from the problems plaguing social media companies as it begins trading on the New York Stock Exchange.

In its pitch to investors ahead of its expected initial public offering today, Pinterest has been touting its strong content moderation practices — seen as a vulnerability for other companies under the political spotlight in Washington — as its own area of strength, said Claire McCardell, a senior research analyst at Renaissance Capital.

It’s one of Pinterest’s “selling points,” McCardell said, as companies such as Facebook and YouTube wrestle with rampant disinformation and violent content. “They’ve really taken pride in that they’re active about removing harmful content, and that it’s a very positive atmosphere,” McCardell said. “They play it safer. They’ll remove anything that could be a potential red flag.”

Silicon Valley’s stumbles in content moderation — most recently during the New Zealand shooting — have set the stage for a broader regulatory crackdown on social media companies. Pinterest has largely managed to escape policymakers’ spotlight — but it’s not immune from the actions they’re considering amid a wave of “techlash.”

The image-sharing website’s expected debut this week will be a test for a host of tech companies planning initial public offerings this year, and its regulatory filing reveals the risks it faces from a variety of policy changes here and abroad.

Pinterest warned investors that any changes to Section 230 of the Communications Decency Act, a law that gives companies broad immunity from content third parties post on its platform, was a risk to its business. U.S. lawmakers on both sides of the aisle are talking about changing the law. House Speaker Nancy Pelosi said the provision is “in jeopardy” in a recent interview.

And internationally, as the Europe Union considers regulation that would require companies to remove terrorist content swiftly, Pinterest warned it may have to build custom tools to flag such content. The European Parliament approved a draft version of the legislation on Wednesday evening, the BBC reports, which would require companies to remove offending content within an hour.

“Any new legislation may be difficult to comply with in a timely and comprehensive fashion and may substantially increase our costs,” Pinterest wrote.

Pinterest warned regulations could disadvantage it relative to larger competitors with greater resources to comply with new regulations.

Pinterest hasn’t totally escaped the content issues its industry peers have grappled with in recent years. In the lead-up to the 2016 election, people unwittingly “pinned” posts disseminated on other social networks by Russian operatives to their boards. The website — popular with mothers — also has been a target of people spreading false information about vaccines. In February, it took one of the most aggressive actions to curb the spread of misinformation of any technology company when it stopped returning results for searches related to vaccinations, the Wall Street Journal reported.

But Pinterest could also benefit from the turmoil at its competitors in recent years. Companies such as Facebook and Twitter were surprised by the challenges they have had that hurt users’ trust, said Rebecca Kaden, a venture capitalist at Union Square Ventures. These companies have raced to respond to the rampant spread of disinformation and privacy scandals, among other issues. Pinterest, a smaller and younger company, still has the trust of its users and the benefit of hindsight, she said. Facebook CEO Mark Zuckerberg pauses while testifying before a House Energy and Commerce hearing on Capitol Hill in Washington about the use of Facebook data to target American voters in the 2016 election and data privacy. (AP Photo/Andrew Harnik, File)

BITS: Facebook collected the email contacts of more than 1.5 million new Facebook users since May 2016 without their consent, according to Business Insider’s Rob Price. The company said the data was “unintentionally uploaded to Facebook” and it’s in the process of deleting the contacts.

“The revelation comes after pseudononymous security researcher e-sushi noticed that Facebook was asking some users to enter their email passwords when they signed up for new accounts to verify their identities, a move widely condemned by security experts,” Price writes. “Business Insider then discovered that if you entered your email password, a message popped up saying it was ‘importing’ your contacts without asking for permission first.”

The email contacts were used to improve the social network’s ad targeting, build its web of social connections and suggest friends to add. NIBBLES: Microsoft turned down a sale of its facial recognition software to a California law enforcement agency due to human rights concerns, Joseph Menn reports for Reuters. The agency wanted to install the technology in officers’ cars and body cameras.

Microsoft declined the deal due to concerns that innocent minorities and women would be disproportionately held for questioning because its systems were largely trained on mostly white, male image sets.

“Anytime they pulled anyone over, they wanted to run a face scan” against a database of suspects, Microsoft President Brad Smith said at a conference without naming the agency. After thinking through the uneven impact, “we said this technology is not your answer.”

Microsoft also declined to install its technology in cameras deployed across a capital city of an unnamed country that nonprofit Freedom House deemed not free. Smith said the technology could impact peoples’ right to assemble. However, the company did provide the technology to an American prison. BYTES: Mark Zuckerberg, Sheryl Sandberg and Jack Dorsey have had their share of public scrutiny. But YouTube chief executive Susan Wojcicki has largely escaped the spotlight — even as her platform is flooded with harmful content, Daisuke Wakabayashi reports for the New York Times.

“Remarkably, for a person who oversees a website with more daily visitors than Facebook, Ms. Wojcicki has managed to keep a low profile and avoid much of the blame,” Wakabayashi writes.

Wakabayashi set out to find more about her, and writes his discoveries are both “reassuring and alarming.”

“At the top of the world’s largest and most volatile video platform is a calm, levelheaded person,” Wakabayashi wrote. “But her deliberate style may be at odds with the pace and scale of horrors and just plain stupidity that relentlessly arises on YouTube.”

What I found was a CEO walking a tightrope between YT’s free speech ethos and a heavy-handed approach to clean up. I was struck by how concerned she was about the appearance of censorship. It seemed that she wanted to err on the side of leaving too much up vs taking down too much

Tech news from the private sector: 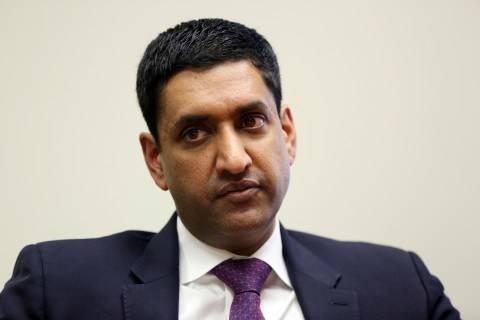 Lawmakers in recent months have offered a slew of bills to oversee the use of artificial intelligence (AI) amid worries about the potential discriminatory effects of the technology. 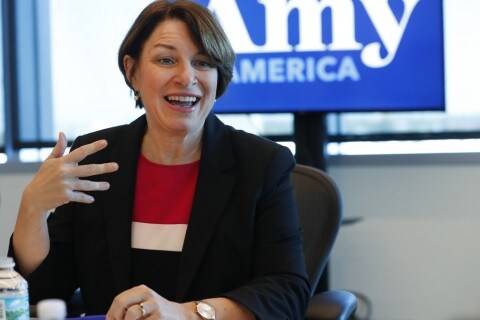 A group of Democratic senators, including 2020 contender Sen. Amy Klobuchar (D-Minn.), on Wednesday introduced a bill that would fund state and local projects aimed at tackling the “digital divide.”