You are here: Home / News Tech / The Pixel 2 XL would be the best phone in the world if its screen wasn’t so weird

First thing’s first: if you want to read The Verge’s canonical opinion on Google’s new Pixel 2 phones, read Dieter Bohn’s authoritative and comprehensive review. Dieter’s judgment is something I rarely question, but on this one occasion, he and I diverge on how we feel about a very important aspect of Google’s new flagship pair. Dieter thinks the Pixel 2 XL’s screen is imperfect but can be lived with; I think it’s an inexcusable disaster.

I have been using the Pixel 2 and Pixel 2 XL for nearly a week now, and in that time I’ve immersed myself in the goodness that is Android 8.0, Google’s pleasantly updated design, and the unprecedented and unequaled Pixel camera. I’m a satisfied Android user, and I know for a fact (because I’ve reviewed every other major flagship out there) that no other Android device can bring me as close to mobile nirvana and contentment as these new Pixels do. But for the majority of this week, I’ve opted to use the smaller Pixel 2, owing to just how poor the Pixel 2 XL’s screen is.

This situation upsets me because the 2 XL has numerous desirable advantages over the 2: much smaller bezels, a larger battery that lasts longer, and just a bigger canvas on which I can pen my letter of complaint to LG Display, the maker of the offending screen in question.

Look at that New York Times icon in the image above. Stop flinching and really look at it, soak in the kaleidoscope of colors washing over it. Just to make sure we’re all on the same page, I’m seeing a haze of green in the middle of the gothic “T”, which then blooms into a red that eventually transitions into the white that the icon is supposed to be. But the fun isn’t over; when you get up real close, you’ll see the edges of the icon are all fringed by a sort of purply-red and, again, green. The neighboring heart icon, which is also supposed to be white, presents us with a crosshatch of red and green and white micropixels.

At this point, still dripping with anticipation for the really great Google phone you’d preordered, you might be straying into denial territory and telling yourself that this is not the sort of issue you’d notice. But not noticing a thing isn’t the same as not sensing it. Your eyes will pick up on these flaws and you, like me, will start to grow annoyed looking at this screen without even knowing why. Well, the above is part of why.

Another big chunk of the “why” is in the blue cast that befalls the screen if you ever hold it at an angle that’s less than perfectly in front of you. You’ll know this issue from the year 2011, when Samsung was just getting started with its mobile OLED technology and phones like the Galaxy S II looked gorgeous up front but had the weakness of looking blue from almost any oblique angle. The OLED panel on Pixel 2 XL doesn’t even have the decency to look stunning when viewed under perfect circumstances. But it does have that aggravating blue cast that we thought we’d left in the past. 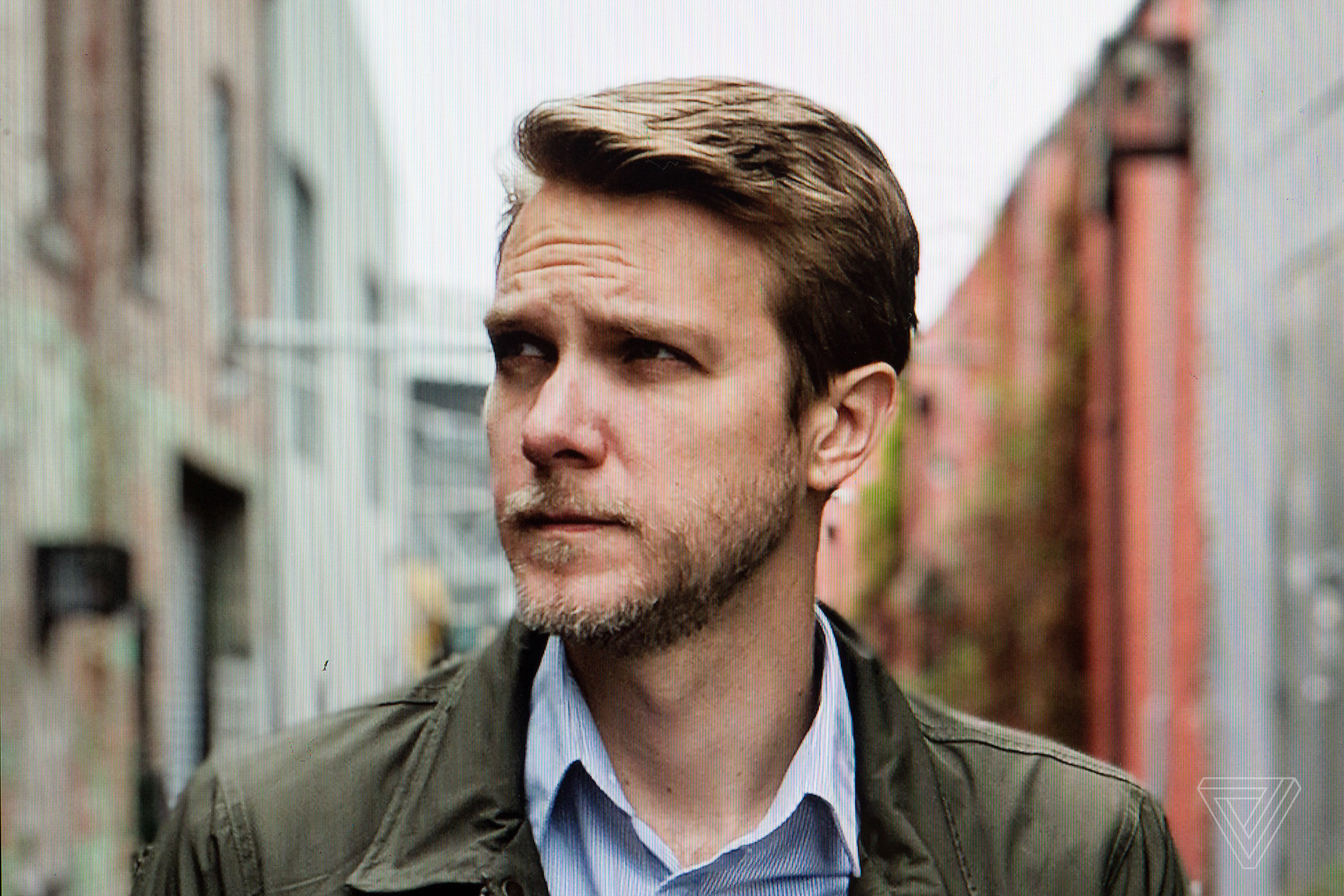 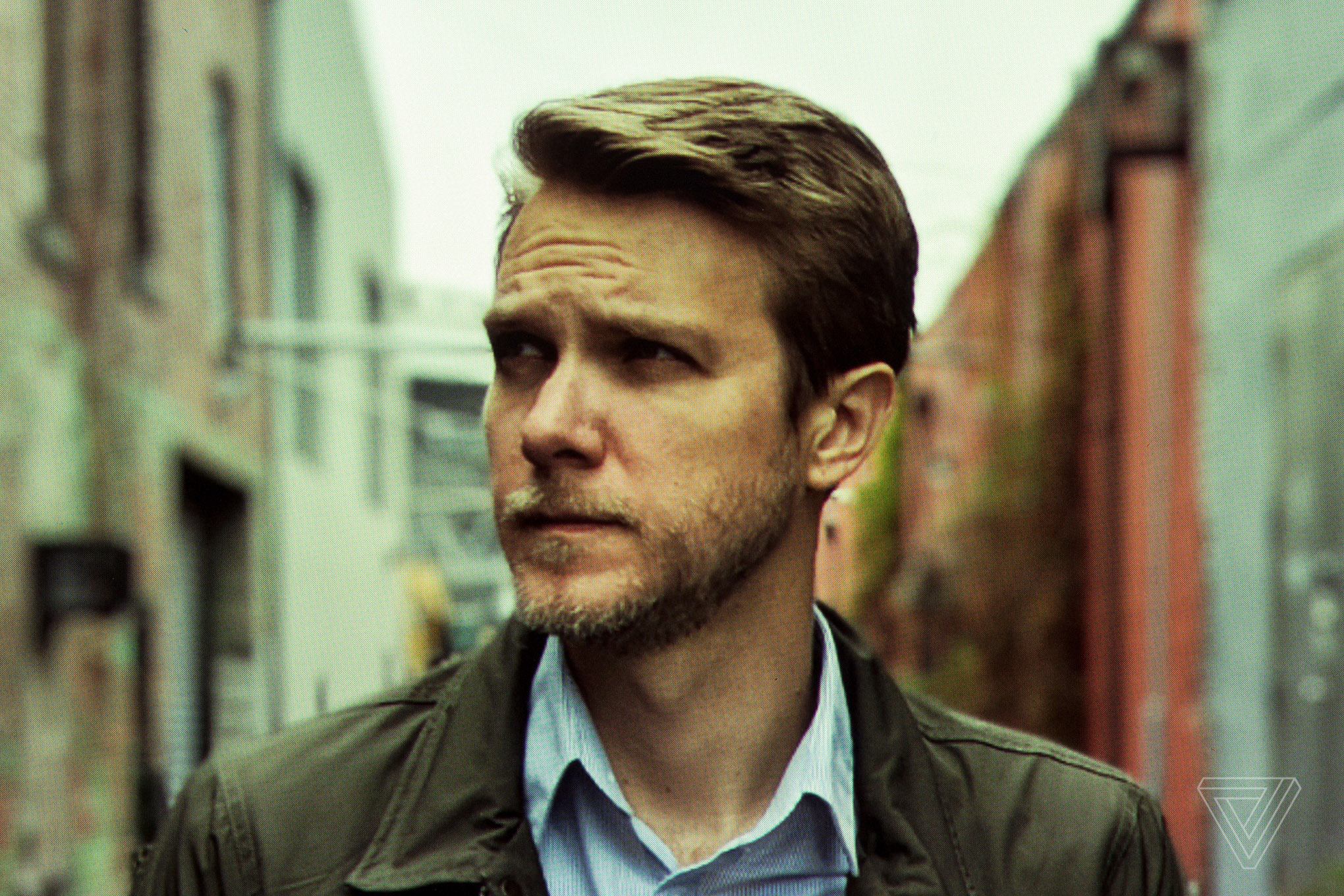 Same image displayed on an iPhone 8 Plus (left) and Pixel 2 XL (right). Photos by James Bareham / The Verge

Then there’s the matter of the color accuracy and saturation of the 2 XL. Here’s Google’s position on the matter:

“We designed the Pixel display to have a more natural and accurate rendition of colors this year but we know some people prefer more vivid colors so we’ve added an option to boost colors by 10% for a more saturated display. We’re always looking at people’s responses to Pixel and we will look at adding more color options through a software update if we see a lot of feedback.”

The Verge’s Creative Director James Bareham sides with Google on this, describing the Pixel 2 XL as the phone screen tuned most closely to professional displays: “it presents natural colors in terms of photos, but is a little dark,” he says. But here’s the real problem: James uses truly pro equipment that nobody is trying to sell to consumers; what he thinks of as accurate, what might technically be accurate, is not what the majority of us see on most of the devices we use.

Just a quick look at the red elements of the Google Photos and Chrome icons on the Android home screen — both of which look brown on the Pixel 2 XL — tells me I’m not going to like where this weird screen is going. Google’s “vivid colors” display setting doesn’t do enough to bring the 2 XL back in line with the mobile, laptop, and desktop displays that we’re all used to. Even with it activated, everything looks washed out and feeble when set against an iPhone 8, Galaxy S8, HTC U11, MacBook Pro, iMac, or the majority of Windows laptops. There is a reasonably consistent mainstream flavor of color balance and saturation, and the 2 XL is simply too far out of it.

I took a selfie with the Pixel 2 XL and it was a good sharp selfie, worthy of being shared. That Pixel camera really is a marvel to behold. But looking at the image on the 2 XL’s screen, my face looked vampiric, deprived of color and vibrance. I popped that same photo up on my iMac and, hey presto, there was pinkness in my cheeks again. I have also photographed cats, cars, architecture, and nighttime scenes, and in each case, looking at them on the 2 XL made me want to edit some saturation in and modify the color balance. That’s dangerous and misleading — because on more conventionally tuned displays, all of those photos look near enough perfect. The 2 XL screen is actively nudging its users into making photo edits they’ll later regret.

Yet another issue with the Pixel 2 XL screen has been pointed out by Ars Technica and Android Central. Both describe a gritty or grainy appearance to single-color backgrounds in low light on the 2 XL. The photos provided by Ars illustrate this well, showing an inconsistent, “dirty” white where it should be simply uniform; this grittiness becomes even more apparent when you scroll.

From my time with the excellent Pixel 2, I firmly believe that the Pixel 2 XL would be the best phone on the market — without exception — if it just had the sort of adequate screen that the Pixel XL of yesteryear had. (I’m not even reaching for Samsung Galaxy S8 class greatness, see how modest the bar to cross is!) Maybe you disagree with me and you consider the questionable display in question to be fine. But the reason for my melodramatic angst is just how close Google came to true greatness — there’s so much good contained within the company’s 2017 phones. Is perfection too much to ask for?

There are many phone features that I’m willing to compromise on. Wireless charging and waterproofing are things everyone insists on these days, but I don’t. I spent a very happy month and a half toting a U11 with big fat bezels on it, because I think it’s a gorgeous device. Expandable storage, removable batteries, even headphone jacks are not big enough omissions to put me off a phone that’s really great in some other respect. But a screen that makes me scream every time I have to look at it? I couldn’t tolerate that with the LG V30, and I wouldn’t tolerate it with the $850 Google Pixel 2 XL, either.