You are here: Home / News Tech / The Dodge Viper ACR Has Set A High Bar For The Corvette ZR1 To Clear

Like it or no, the Dodge Viper ACR (for “American Club Racing”) has set a high benchmark for performance in a front-engine, rear-wheel-drive production car, and it will fall to the forthcoming Chevrolet Corvette ZR1 to best it. Few production vehicles have ever been able to lap the infamous Nürburgring Nordschleife in under 7 minutes, but one crowd-funded group was attempting to do just that with the 2017 Dodge Viper ACR.

And they might have succeeded, too, were their efforts not cut short by an unfortunate crash occurring on one of their recent attempts. You can read all about it on our sister site: Fiat Chrysler Authority.

Even though the Dodge Viper ACR ultimately failed to come in at below seven minutes around the Nordschleife, its best recorded lap time – 7:01.3 – is undeniably impressive. That’s just 4.3 seconds behind the Porsche 918 Spyder on the 12.9-mile track, and less than 2 seconds behind the Lamborghini Aventador LP 750-4 Superveloce.

Will we see a sub-7-minute Nürburgring Nordschleife time from the next Chevrolet Corvette ZR1? It’s certainly possible; the current Z06 already makes a hefty 650 horsepower – 5 more than the Dodge Viper ACR. When the ZR1 comes along, we could be looking at the first-ever Corvette with more than 700 horsepower from the factory.

Assuming this is the case, whether or not the ZR1 can outrun the ACR will likely come down to aerodynamics. The Viper ACR makes more downforce than any other production car ever built, helping the car to corner, but cutting into its top speed. With patent images circulating that depict a new active aerodynamic system for the high-performance ‘Vette, it’s possible the sportscar will be better able to weather that compromise. 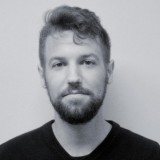 Aaron Brzozowski is a writer and motoring enthusiast from Detroit with an affinity for ’80s German steel. He is not active on the Twitter these days, but you may send him a courier pigeon.