You are here: Home / News Tech / The Automobile Was My Internet – The Good Men Project 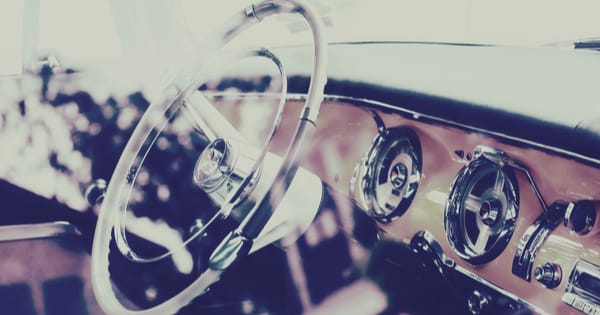 When I was growing up in the 60s and 70s, the automobile was my internet. It connected me to my friends. Options were limited, otherwise. Sure, you could have kids over, but not if you couldn’t escape your family.

“If I have to sit around watching one more ballgame with your dad, I’m going to scream.”

Even if you hid out in the basement or bedroom, you weren’t assured of privacy, nor could you let loose, go crazy and crank up the stereo. You had to get out.

We had a phone, of course, a landline with a short, spirally cord I’d twine in my fingers as I talked. But that was one phone line for the entire household. With Dad listening in, saying, “Get off the line!” and sibs punching my arm, needing the phone, themselves, long conversations were impossible. Like, say, if I was trying to figure out why my girl, Bonnie, wanted to hang out with her girlfriends instead of me.

“But you’re always with your girlfriends. Why tonight?”

If you were sixteen and had a driver’s license, the car was your best bet for finding out what everyone was really doing. You could hang out with as many friends as you could pack into your back and side seats, and with all the other teen-packed cars on the road, too. You could cruise.

Anyone my age will remember cruising, but it might sound like ancient history to younger generations. To cruise, you drove slowly through town, pulled your car up to a car you recognized, kept pace with them, then yelled and waved at the kids in the other car. That was our internet!

In the little town where I grew up, we cruised on US 20, a three-and-a-half mile stretch between the Farm & Fleet, a farming supplies store on the eastern edge of town, and Dodge Lanes, a 32-lane bowling alley on the western edge.

These days, teens gossip by texting or sharing videos on their phones. In those days, cruising was how you caught up on all the town scandals, and how a few were created, too.

“Hey Mark, I thought I saw Bonnie kissing Michael Beasely in his convertible. What’s up with that?”

“Not possible. Bonnie’s riding with her girlfriends.”

“Sure, Mark. Whatever you say.”

While you were cruising, if you wanted to find a certain someone, you stuck to Route 20 because that was the backbone of our internet. Anywhere else in town, you were ‘off the grid,’ you had no signal. You weren’t cruising; you were just driving. Main Street was where you plugged in, got found and where you found other people.

“Just saw Mary’s car at the F&F, but Deputy Buzzkill showed up, so we all took off.”

When we were cruising, cops were a problem — like antivirus software or ‘parent block’ programs on today’s computers.  At stoplights, it was common practice to make exchanges between cars — french fries, cigarettes, contraband; sometimes, people, too. A boy for a girl. A girl for a boy. But when such operations were performed, everyone had to be on the lookout for the police car that patrolled the town, scanning the system. Deputy Buzzkill would flush us out of the F&F parking like so much teenaged malware, so we’d flee and reboot at Dodge Lanes.

“Not lately.” [Snickers and guffaws.]

A while later, Buzzkill would flash his blue strobe light at the bowling alley, and we’d close out again, back through town to the F&F.

“Mary just left, but Bonnie wasn’t with her.”

Speeding through town was a bad idea, but we cruisers found a system workaround, a kludge. We helped each other avoid Buzzkill by flashing our headlights to warn he was ahead or by sharing intelligence.

“Stay away from the Laundromat! Buzzkill’s hiding in the alley there, and he’s got his speed gun pointed out the window!”

Then, as now, music was the soundtrack to our moody, moony teenaged lives, but back then we had no Sirius, no smartphones with Spotify or iTunes radio, and we didn’t have a million different stations, tastes and individualized playlists. So if you wanted to hear “Breaking up is Hard to Do” or “Alone Again (Naturally),” you had to hope those songs were coming up in the “Top 40” playing on your car radio. In our day, every teen driver was assured of that one same, revolving playlist of forty songs. Ours came from WLS-AM in Chicago, but stations playing the same Top 40 dotted the country. Being exposed to so few stations and songs, we all ended up speaking the same handful of musical languages—pop and Motown, rhythm and blues, folk, country and rock. Driving the main drag, if you didn’t hear the same song blasting from every car, kids singing along, if you heard something discordant and out-of-tune with the other cars, you may well have encountered one of those outliers who hacked our system, a guy like Michael Beasely, playing Frank Zappa or The Doors on his Eight Track, one of his hands on the steering wheel, his other arm around your Bonnie Swanson.

If there was an accident in the middle of town, or say a fight broke out at one of the stoplights, two drivers slugging it out over a girl, no one ever saw pictures or videos of the tussle. Images of a mortified Bonnie in tears, her eyeshadow running down her cheeks, didn’t get circulated, everyone drawing their own conclusions about her sad appearance, maybe responding with jokes and derision, or if she was lucky, with sympathy. Nor did evidence surface, either, of who started the fight, no threat of proof that might have dissuaded the combatants from going at it in the first place, no record of what the sheriff’s deputy might have done when he arrived except your word against his.

When the medium was automobiles cruising on certain roads rather than electronic packets along wifi and cellular signals, it was the kids within earshot in the cars ahead of or behind us that we wanted to reach or worried about overhearing us. There’s something to be said for the facetime we spent in the company of our friends, communicating by speech and gesture, laughter and looks, tears and shouting—something the modern internet lacks. It’s called context.

Sure, gossip spread in my day, too. Rumors flew, but it was a different world. We lived with a high fidelity, low bandwidth form of communications that didn’t broadcast our triumphs and defeats nearly as far or unfairly, echo them nearly as long and loud as the internet does today.

Not that young people don’t hang out today, but social media is always there, up in their business, dispatching opinions, threatening judgments, taking things out of context.

In some ways, our short-range, automotive form of social media allowed us to be less guarded and more free, wilder and more impulsive than today’s kids. On the other hand, if we ended up alone in our cars, there was no one with whom we could talk and share our pain. As far as what our friends were doing at that or any other moment, the only thing we might be sure of was if there was a sad song playing on the radio, they were probably listening to it, too.  And maybe that small world, that limited knowledge wasn’t so bad.