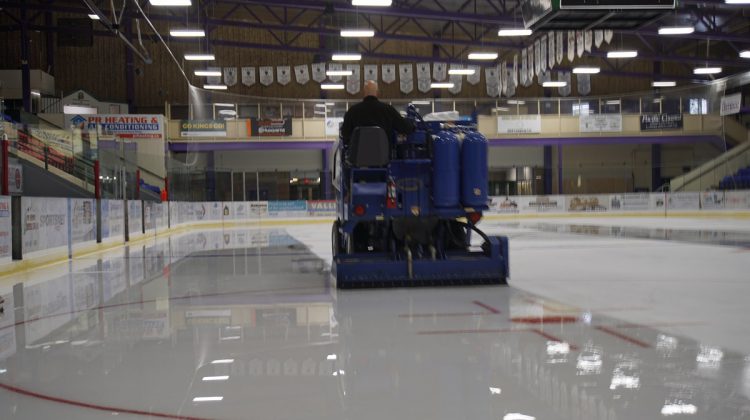 A zamboni in use at the Recreation Complex (Supplied by Dave Brindle, City of Powell River)

Some new technology is going to save money and reduce the Recreation Complex’s carbon footprint.

The city says the complex is its single biggest source of both greenhouse gas emissions and utility costs. Last month new insulated ceilings for Hap Parker Arena and a more energy efficient ice-making system were installed. The city says they were paid for through rebate programs and Powell River Community Forest funding.

“For the Complex, it’s a greater impact in terms of overall operating savings,” said Recreation Manager Neil Pukesh. “Research says that our annual refrigeration costs should be reduced by 14 to 20 per cent.”

That’s because the insulated ceilings keep things a lot cooler, which the city says helps tremendously in ice making. An $18,000 BC Hydro rebate helped pay for the ceilings.

“The new ceilings will help regulate the temperatures in the arena and rink. Events being held in the warmer months, like Kathaumixw International Choral Festival in July, were always sweltering hot due to poor insulation,” said Councillor CaroleAnn Leishman, who chairs the Sustainability Committee.

It’s the same system used by about 100 arenas around North America, including Rogers Arena where the Vancouver Canucks play. Powell River will get a $20,000 rebate from FortisBC for this installation and it says it will save $16,000 annually in utility costs for the complex.