BLACKSBURG, Va. – Moses Wright recorded his fifth double-double of the season, scoring 26 points and pulling down 10 rebounds to lead Georgia Tech men’s basketball to its third-consecutive win and perhaps its biggest victory of the season to date, a 69-53 triumph over No. 16/15 Virginia Tech on Tuesday night at Cassell Coliseum.

With the win, Georgia Tech (12-8, 8-6 ACC) picked up its fourth victory of the year over a nationally ranked opponent (tied with Virginia Tech for most in the Atlantic Coast Conference) and also secured a coveted “Quad 1” win according to the NCAA’s all-important NET rankings. With its second-straight ACC road win, Tech also moved one step closer to potentially earning its first NCAA Tournament berth since 2010.

Both teams scuffled offensively in the first half to send the game to halftime tied at 24-24 apiece. However, the Yellow Jackets came out red-hot after the break and, sparked by making their first four shots, went on a 17-4 run over the first six-and-a-half minutes of the second half to grab a commanding 41-28 lead. Virginia Tech (14-5, 8-4 ACC) drew back within six points at 48-42 with 7:20 to go in the ballgame, but Georgia Tech scored 21 of the games final 32 points to pull away. The Jackets shot 61.5 percent (16-for-26) from the field and outscored the Hokies by a 45-29 margin in the second half.

Wright’s 26-point performance was sparked 9-for-11 shooting from the field. Jose Alvarado and Michael Devoe added 13 and 12 points, respectively, to round out three Yellow Jackets in double-figures.

Defensively, the Jackets forced 16 turnovers, with Alvarado scooping up five of the team’s nine steals. Georgia Tech finished with a commanding 19-8 advantage in points off turnovers, while handing the Hokies their first ACC home loss of the season.

Georgia Tech returns to action on Saturday, Feb. 27, when it hosts Syracuse at McCamish Pavilion. Tipoff is slotted for noon (EST) and will be televised nationally on ACC Network. 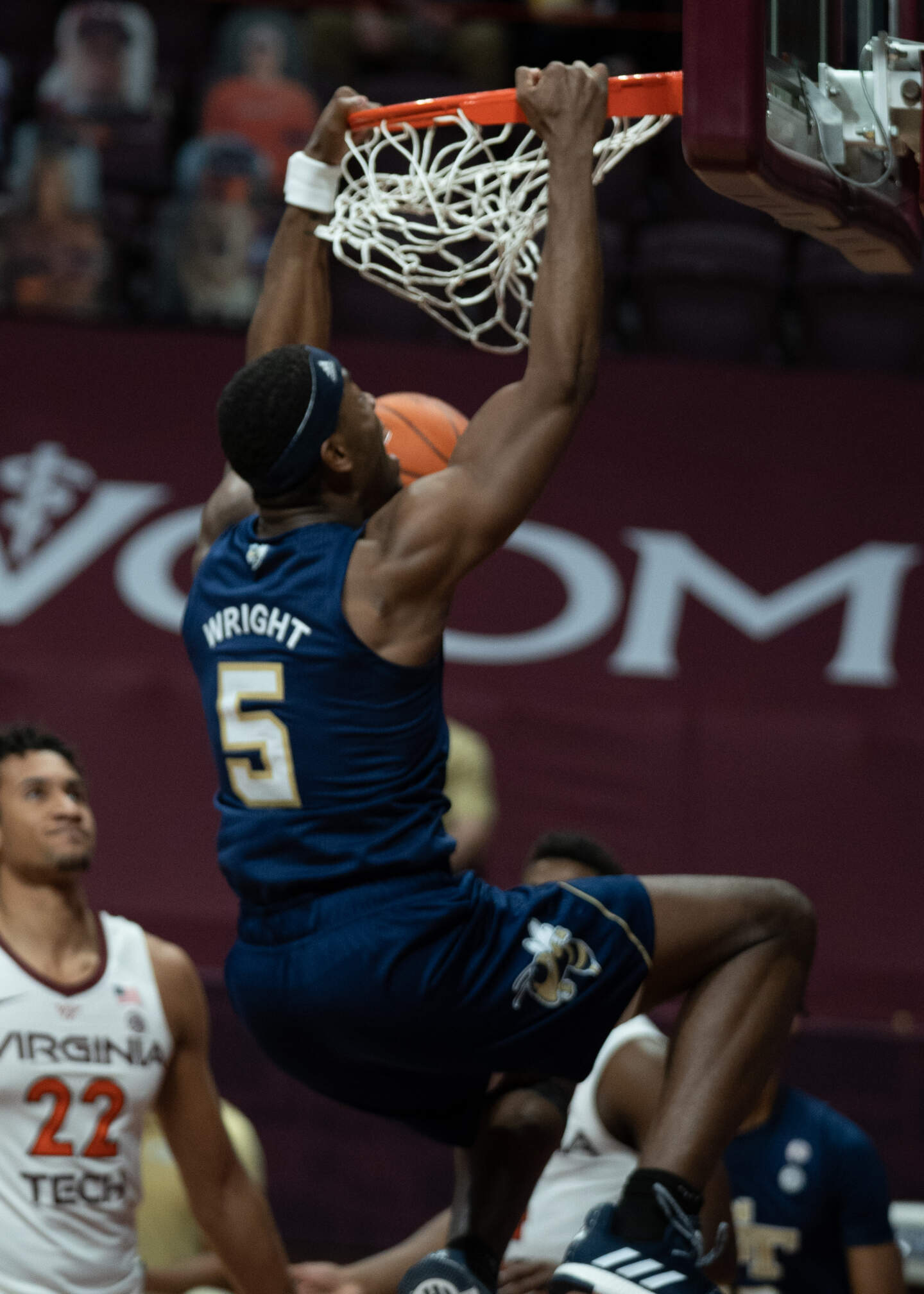 Moses Wright recorded his fifth double-double of the season with 26 points and 10 rebounds in Tuesday’s win at No. 16/15 Virginia Tech. (VT athletics photo) 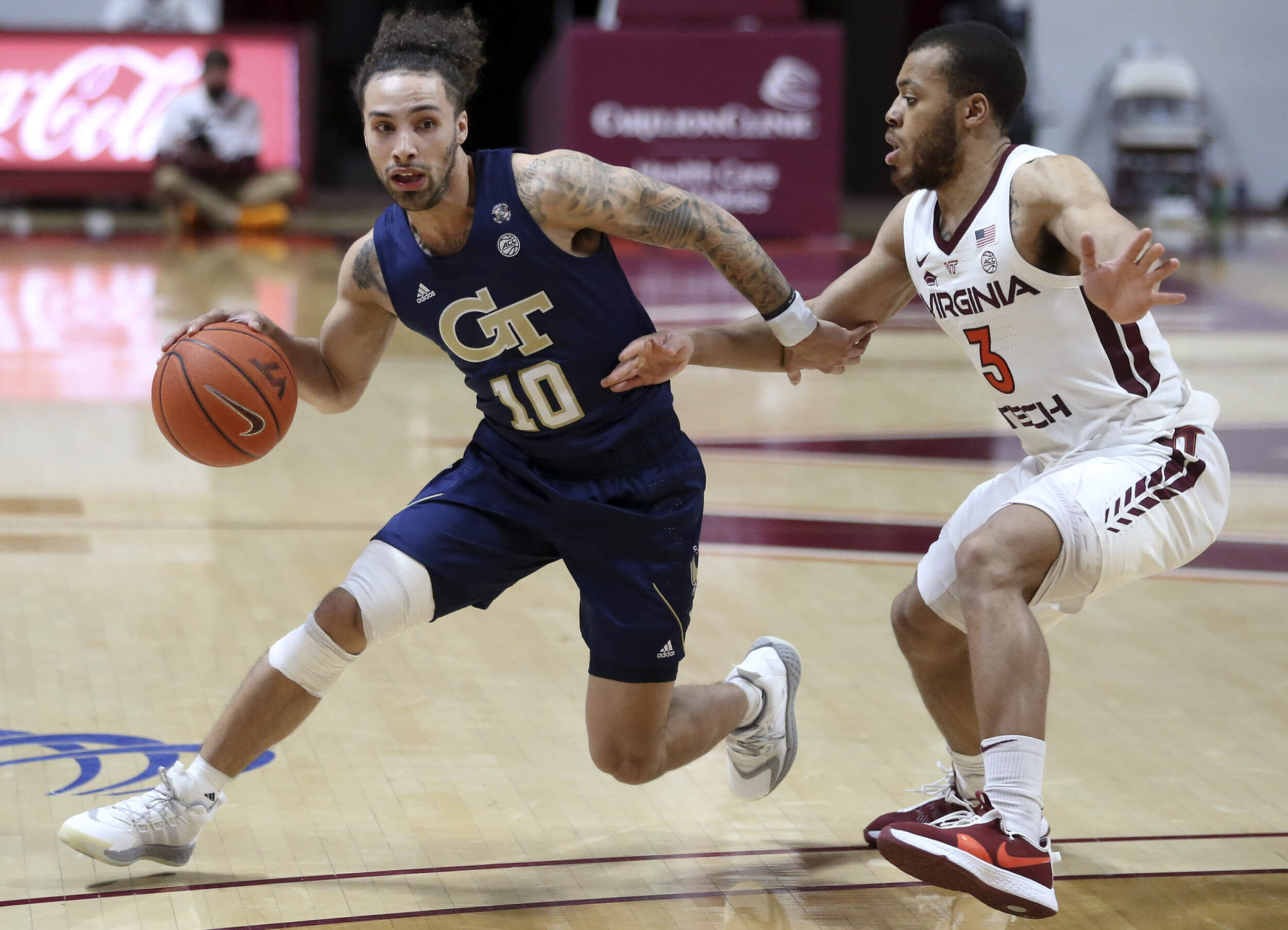