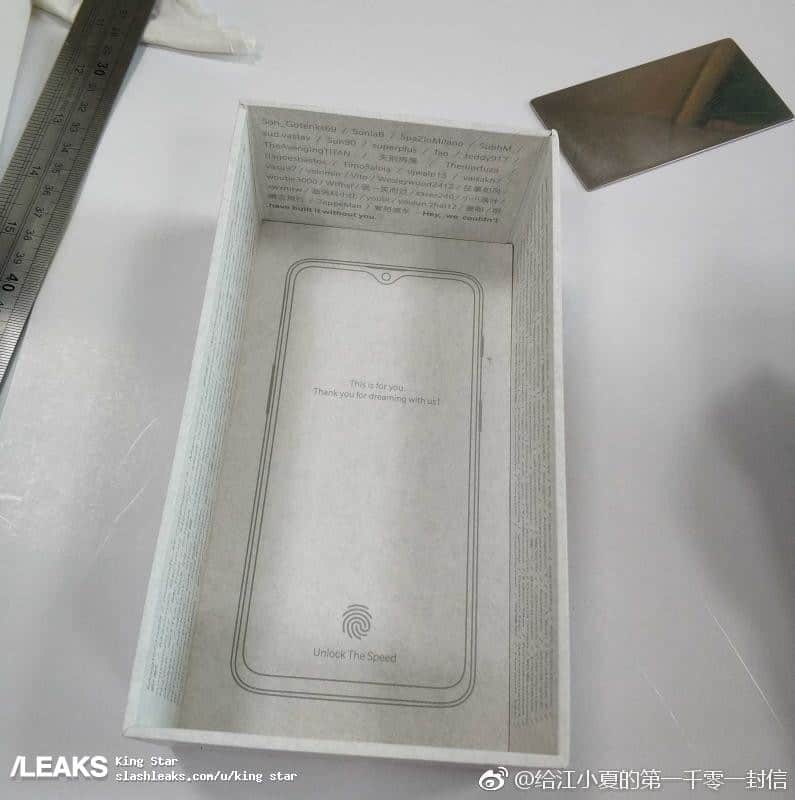 The OnePlus 6T is likely one of the next smartphones to be announced this year, and now the retail box for the device has just leaked out – thanks to Weibo in China. The OnePlus 6T is expected to be very similar to the OPPO R17 Pro that was just recently announced. And the leaked photos we’ve seen recently do add to that theory, and now this box also adds more credibility to that. There is a silhouette  of the device inside the box, which appears to point to an under-display fingerprint sensor as well as the “droplet” camera notch that the R17 Pro has.

Along the inside of the box, you’ll see the specs, which are a bit hard to read. But it apparently is sporting the same specs as the OPPO R17 Pro, that includes a 6.4-inch OLED display with a resolution of 2340×1080, along with the Snapdragon 845 chipset. There is also a 8GB RAM and 128GB of storage model. Though with this being a OnePlus smartphone, there will likely be other variants available with more storage and possibly less as well. There is also a 12-megapixel camera with a variable aperture (similar to the Galaxy S9 Plus and Galaxy Note 9) going from f/1.5 down to f/2.4. There is also a 20-megapixel secondary sensor here and OnePlus is including 3D facial recognition as well. Now the box also states 2x1850mAh batteries, which sounds like there are two batteries here, which is odd. But that would equal a 3700mAh capacity battery, that should do quite well at lasting all day long.

The OnePlus 6T doesn’t have a release date yet, and OnePlus has not even announced a launch day for the new device – which typically happens first. So it could be a few months before OnePlus does actually announce this phone. Though OnePlus won’t be waiting too long, as they will want to make sure the phone is on the shelves before the holiday shopping season begins in November.