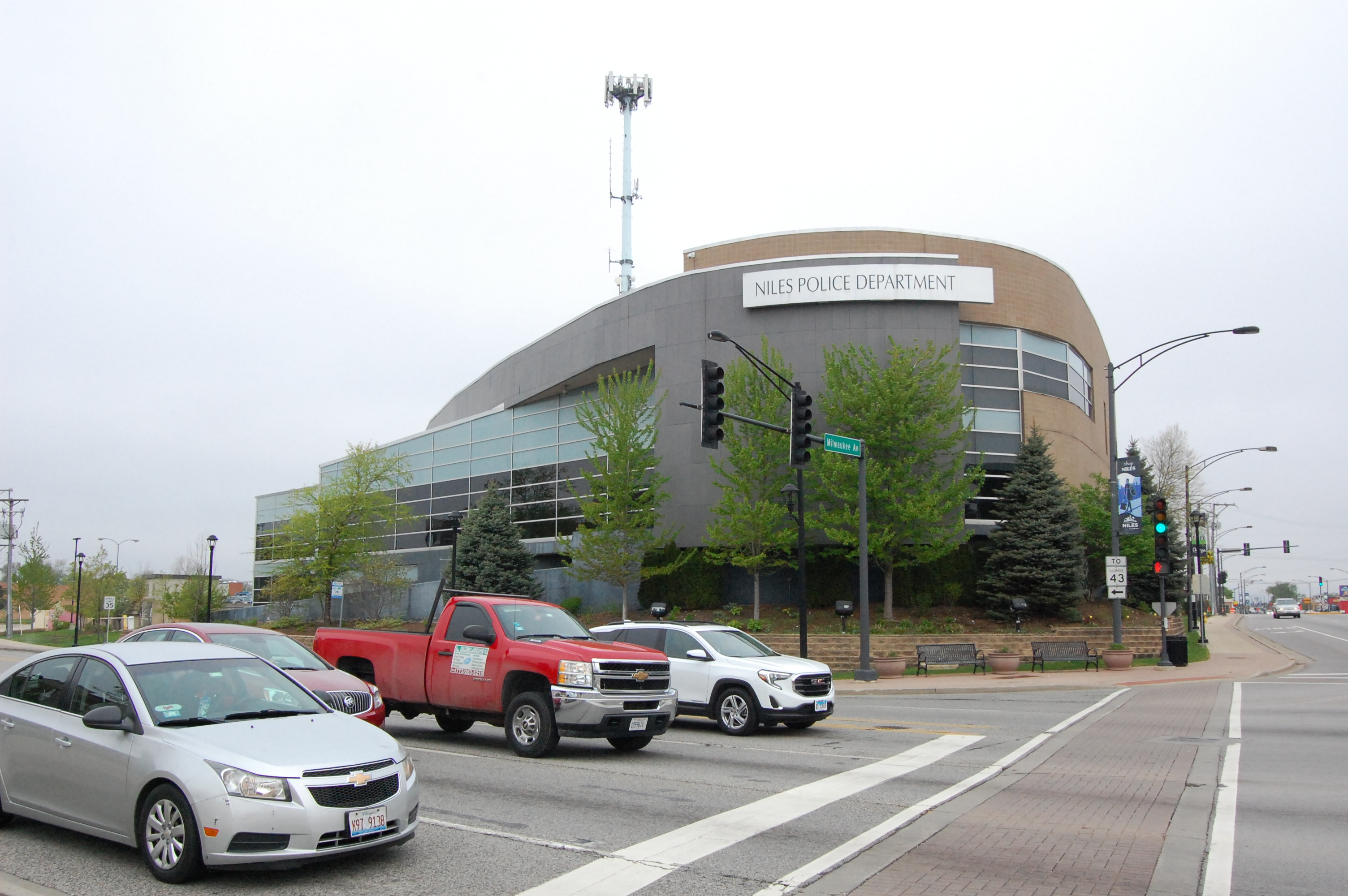 These items are from Niles Police Department incident reports. The Niles Journal publishes this police blotter every Wednesday.

Buwen Labuda, 53, of the 9000 block of Heathwood Drive in Niles, was charged with two counts of domestic battery. On Thanksgiving, he allegedly picked up a woman from a chair and threw her to the ground. On another day in December, he allegedly pushed her down to the floor. Both incidents allegedly occurred at his home. He was taken into custody at 10:11 a.m. Thursday, Dec. 19.

Camilla R. Valasquez, 34, of the 8400 block of Gravenstein Way in Cotati, CA, was charged with domestic battery. She was taken into custody at Dempster Street and Ozark Avenue at 9:33 a.m. Friday, Dec. 20. She allegedly struck another woman in a vehicle several times while demanding she purchase marijuana for her, police said.

A man told police he met a woman on an Internet chat site on Thursday, Dec. 19 who offered him a job. She told him he would need equipment for the position but the company would pay for it. He received a check for $4,989 and was instructed to send three money orders to Jamaica, NY, totaling $2,500, and to withdraw an additional $2,000 and deposit it into another bank account. After he completed those transactions, he received another check but his bank alerted him that the first check was fraudulent and he realized it was a scam.

A woman on Neva Avenue told police a man came to her home at 1:56 p.m. Sunday, Dec. 22 and told her he could fix her chimney. He told her he needed a bucket of water from her basement and she went downstairs with him. She paid him $200 do to the chimney work. When they came upstairs, she saw a second man in her kitchen. The first man said they could put a new roof on the house but would need $3,000 and would come back later to do it. The woman refused and the men left. She later discovered jewelry taken from her bedroom.

A 37-year-old man from the 4400 block of W. Lunt Avenue in Lincolnwood, was charged with possession of drug paraphernalia at 8 p.m. Thursday, Dec. 19. He was apprehended during a traffic stop at W. Touhy and N. Central avenues when police allegedly recovered a glass pipe from his vehicle.

Anthony J. Fallico, 42, of the 8300 block of Monroe Avenue in Niles, was charged with driving while under the influence of alcohol at 1:25 p.m. Friday, Dec. 20. He was found allegedly asleep behind the wheel of his vehicle in the 8400 block of Crain Avenue. He refused all field sobriety tests, police said.

A 52-year-old man from the 300 block of Lee Street in Des Plaines, was charged with public intoxication and cost of emergency services at 2:37 p.m. Friday, Dec. 20. He was apprehended at Jewel/Osco, 8730 W. Dempster St., where he was allegedly slurring his words and stumbling into store displays. He was taken to a nearby hospital for treatment. Police did not release the man’s name.

A 17-year-old Des Plaines boy was charged with petite theft at Target in Golf Mill Mall at 1:25 p.m. Friday, Dec. 20. He allegedly tried to leave without paying for wireless headsets.

Tanya C. Ruiz, 38, of the 4900 block of N. Merrimac Avenue in Chicago, was charged with retail theft at Walmart, 5630 W. Touhy Ave. Police stopped her at 1:23 a.m. Saturday, Dec. 21 after she allegedly tried to leave without paying for candy, batteries, a ring, a charger, and underwear, valued at a total of $60.08. She was also served an outstanding warrant for probation violation.

A 23-year-old woman from the 5900 block of Elston Avenue in Chicago, was charged with petite theft at Target in Golf Mill Mall at 7:23 p.m. Saturday, Dec. 21. She allegedly tried to leave without paying for a toy. Police did not release the woman’s name.