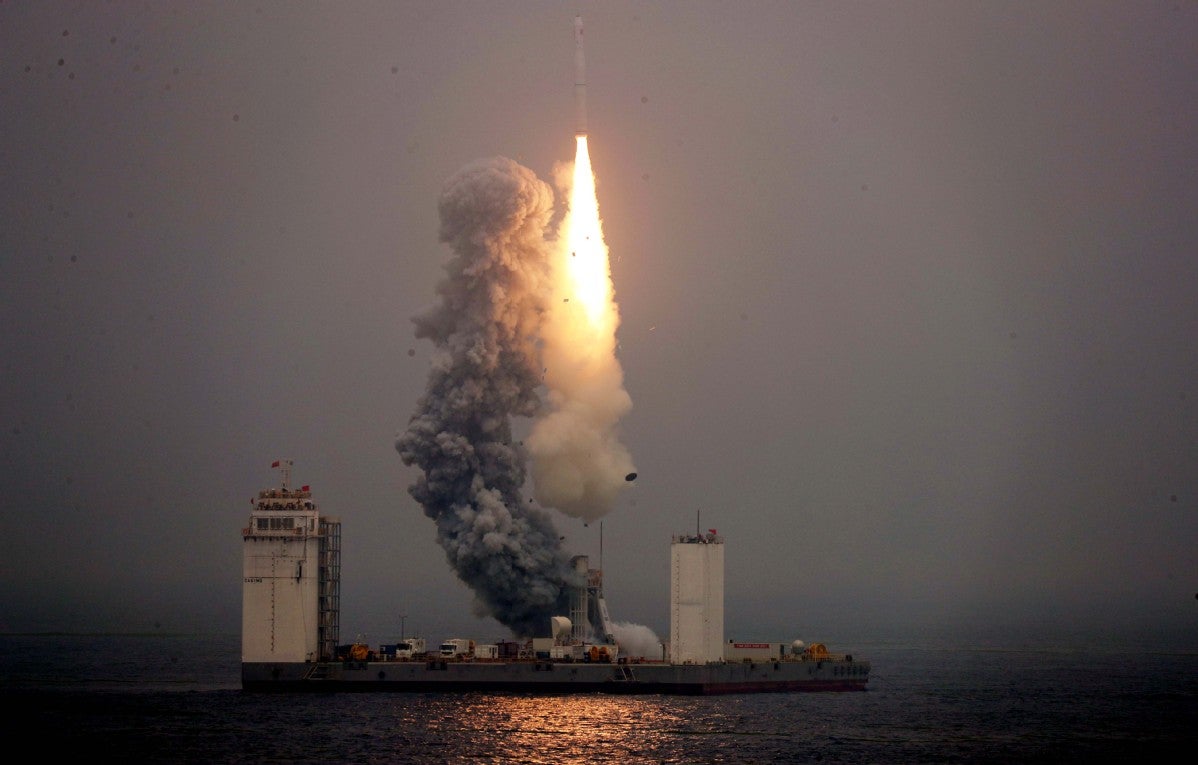 A Long March 11 solid-propellant carrier rocket, with a payload of seven satellites, blasts off from a mobile launch platform off Shandong province, June 5, 2019. ZHU XINGXIN/CHINA DAILY

BEIJING — The State-owned space conglomerate China Aerospace Science and Technology Corp is working with the eastern coastal province of Shandong to start construction of a port for sea-based space launches before the end of this year.

The Beijing-based space giant has said that during a recent visit by Ling Wen, deputy governor of Shandong, to the company’s headquarters, a strategic cooperation framework agreement was signed by the China Academy of Launch Vehicle Technology, city government of Yantai, and Shenzhen-headquartered China International Marine Containers Group to jointly build an eastern coastal space port in Haiyang, a city administered by Yantai.

The move aims to support future sea-based launches and boost the development of space-related businesses in Shandong.

The project will make use of Yantai’s unique location, existing harbors and local space research and marine engineering facilities. Upon completion, the port will consist of support facilities for sea-based space missions and four research and production centers for carrier rockets, satellite equipment, sea-launch platforms as well as satellite data and applications.

The project is expected to benefit industries such as smart manufacturing, logistic apparatus and new material, the statement added.

China’s first seaborne space launch was carried out in the nation’s territorial waters in the Yellow Sea in early June. All of the mission’s preparation work was made in Yantai. The submersible launch platform was also based in the city.

The mission－the world’s first seaborne space launch in the past five years－demonstrated that China has the technology and capability for such operations and also indicated the country has found an alternative to its ground-based launch centers.

Compared with conventional land-based launches, a sea-based mission has a lower risk of danger for densely populated areas along the rocket’s trajectory. The method also allows launches to be made near the equator, which increases the rocket’s carrying capacity, lowers launch costs and extends the life span of some satellites, according to Li Tongyu, Long March 11’s project manager at the China Academy of Launch Vehicle Technology.

Chinese engineers said that the capability of making sea-based launches would enable the country to help other nations lift their satellites at an affordable cost, thus expanding its market share in the international space market.

In another development, the Yantai Economic and Technological Development Area said earlier this month that it has inked a strategic partnership memorandum with China Aerospace Science and Industry Corp’s Third Academy and Dongfang Electronics, a local public company, to develop the commercial space sector.