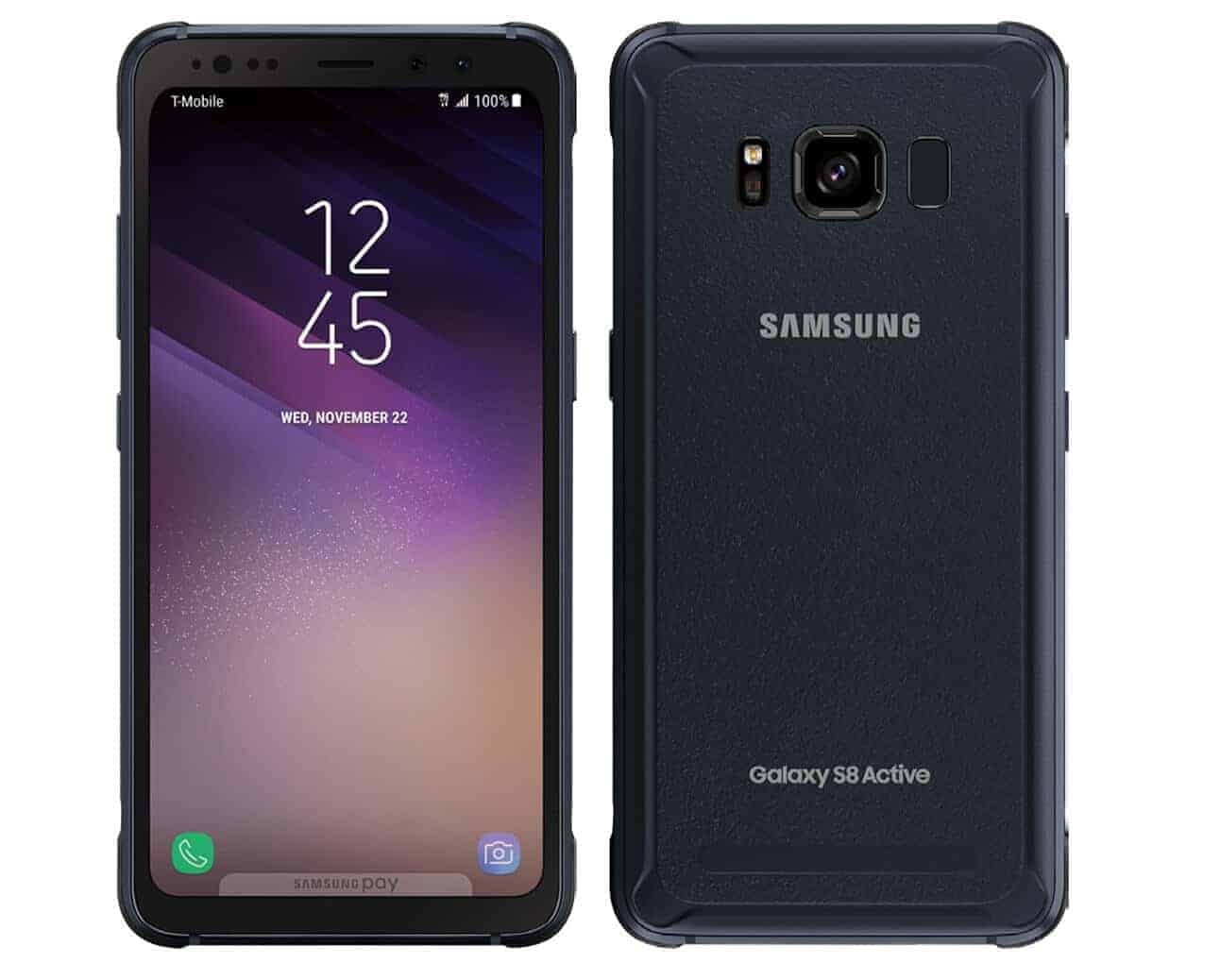 The image shown above is said to be of the upcoming T-Mobile variant of the Samsung Galaxy S8 Active. While T-Mobile has yet to officially announce it is releasing its own variant of the device, rumors began to circulate on this back towards the end of September. While the speculation on this has been fairly limited since then, this latest image does seem to add a fairly significant amount of weight to the suggestion. Especially as the image came via the same source as the original rumor, Evan Blass.

As for the image itself, there is not that much to discuss here as the image does depict pretty much the exact same model of phone that AT&T currently sells. With the obvious difference being this version sports the T-Mobile signal branding instead. As a result and in spite of this being a T-Mobile variant, buyers probably should not be expecting anything different to what AT&T offers. Or for that matter, anything much cheaper than what AT&T offers – where the Galaxy S8 Active will currently set you back $849.99. A price which is more than what Samsung is currently asking for the current – or normal – Galaxy S8 model.

However, the benefit of picking up the Galaxy S8 Active is that this version is designed to be a much more rugged offering. Not only does it come with the various protections on offer with the normal model, but the exterior has also been beefed up to provide a greater degree of outside protection. In other words, no case needed. Which is probably a good thing as to compensate for the added protection, the Galaxy S8 Active does adopt a bulkier build and weighs more, 208 grams compared to 155 grams. That said, due to the Galaxy S Active line largely being an exclusive to AT&T in the US, the availability of the latest Galaxy S model through an alternative carrier will be good news for those looking for the latest Galaxy S phone from Samsung, along with a more durable build. For those not so keen on the color shown off here, the previous report had looked to confirm T-Mobile’s variant would be available in the same color options offered by AT&T, Meteor Gray and Titanium Gold.