iOS 12.1 is offering up more to the idea that new iPad Pro models are coming, and they’ll support Face ID. Unlike the iPhone, Face ID on these new iPads will work in both portrait and landscape mode. 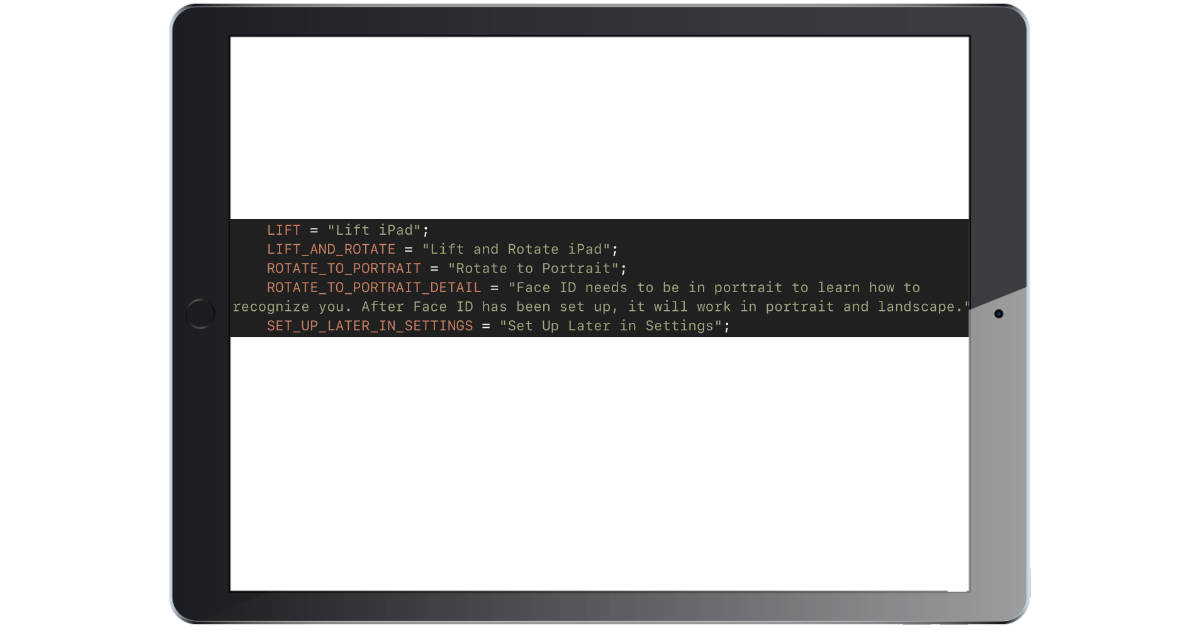 The latest hints at Apple’s plans were uncovered by Guilherme Rambo and his uncanny ability to find what’s hidden away in iOS code. He found references in the iOS 12.1 beta for Face ID on the iPad, along with references to the feature working in portrait and landscape orientations. Rambo shared what he found on Twitter.
‏

Face ID scans your face to unlock or authenticate, and currently is available on the iPhone X, iPhone XS, iPhone XS Max, and iPhone XR. All iPad models, and earlier iPhone models, use fingerprints with Touch ID instead.

Reports say Apple will unveil these new iPad Pro models at its “There’s More in the Making” media event on October 30th in New York City. Apple is expected to show off iPad Pros with thinner bezels, no Home button, Face ID support, and USB-C instead of a Lightning connector.

Apple is also expected to introduce a second generation Apple Pencil, and may announce new Mac models, too.

Be sure to check in with The Mac Observer on October 30th for our coverage and analysis for all of Apple’s announcements.