The EPA recently came out with a new press release once again showing there is no evidence that glyphosate causes cancer.

I say “once again” because there have already been over 800 studies done, including human health studies, that show no link between glyphosate and cancer.

If you ask just about any full-time commercial farmer, they’ll tell you that glyphosate is one of the absolute safest farm chemicals they have ever had access to, which is one of the reasons why it’s so popular and available at any Home Depot or Walmart. The dose of glyphosate used is minimal — ounces per acre — and used and well-tested within strict regulatory guidelines. There are a large number of other chemicals — both synthetic and organic — that have higher rates of toxicity and are shown to have bigger impacts on the environment and on pollinators. (Funny, we don’t hear about this very often, though.)

While pesticides are an important part of crop health, using more than necessary would be a waste of money on a farm. Yet without the ability to protect farmers’ crops, up to 80 percent of the world’s food production could be lost.

Amid all of that, glyphosate has become the Internet’s fearmongering darling. If you’ve ever read or talked about it on Facebook, you’ve likely later been targeted by “sponsored” posts from law firms looking to profit off of the International Agency for Research on Cancer’s listing of glyphosate as being a Group 2A “probable human carcinogen” back in 2015.

It happens to me all the time. The number of times I hit “hide ad” on Facebook from money-hungry lawyers is astounding.

According to the IARC, pretty much everything might be a cancer hazard (read this detailed analysis on the important difference between a hazard and actual risk). Group 2A, where glyphosate is categorized by the IARC, also includes Disneyland, beer, coffee, fishing poles, working the night shift, and campfires. Actually, if you look at the IARC’s website directly, you will see that there is only one thing that “probably” doesn’t cause cancer. That thing is caprolactam, a substance used to make synthetic fibers like nylon, which is used in yoga pants, as well as common household items like brush bristles. 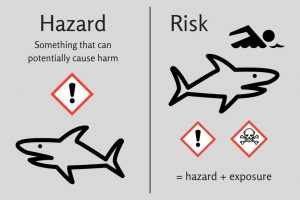 If this were really the case that everything causes cancer, why don’t lawyers cash in on all these other products, too? Well, they could, and they do. This link explains the hundreds of millions of dollars that lawyers make off of California’s Prop 65 (the one that the EPA is cracking down on). But we also have to think about juries.

Wine is a probable carcinogen, but if lawyers tried to convince a jury that Napa Valley wineries were evil, it would be a much harder sell (after much lobbying, coffee was only recently removed from California’s warning-label mandate). Try to convince a jury of everyday people that organic food is trying to kill you? Um, might be more difficult.

Thanks to the rumor mill and consistent myths, it is way too easy to convince a jury that Monsanto is evil. Jackpot.

But how did we get here? Follow the deception and follow the money. For those California defendants going after Bayer-owned Monsanto, the 2015 IARC report is brought front and center — and this despite the fact that it was discovered two years later that the lead scientist knew of fresh data showing no glyphosate link to cancer, but he never mentioned it to colleagues. And in today’s public sector, too many “natural” or organic food corporations, interest groups, and anti-GMO label backers have no problems hiding the fact that pesticides are far more widely used than the public believes — all the while these groups spend big bucks to try to convince the world that glyphosate is this nightmarish product.

Science says that glyphosate is safe to use, and it’s interesting that the hundreds of other farm chemicals out there are not targets for litigation or other activism.

I was at a conference recently and met a woman who works for Bayer. I asked her why Bayer would choose to purchase Monsanto for $66 billion, knowing all the cancer lawsuits were going on; why on Earth would they take on that liability?

Lawsuits are still pending, but I’m curious to see how this will all go down, especially given the EPA’s latest press release.

Michelle Miller, the Farm Babe, is an Iowa-based farmer, public speaker, and writer, who lives and works with her boyfriend on their farm, which consists of row crops, beef cattle, and sheep. She believes education is key in bridging the gap between farmers and consumers.

Internet Helps Woman Track Down Man Who Gave Her A Bike At A Refugee Camp 24 Years Ago. – Someecards News

Arizona is collecting more from internet sales. But...

The US Space Force has revealed its utility...

A breeder rejected this dog because she looked...

3 No-Brainer Stocks to Buy in the Internet...

Microsoft says it will fix an Internet Explorer...