You are here: Home / News Tech / Daily Bulletin: Internet restored in Jammu, restrictions in Kashmir to ease in phased manner; Modi to… – Firstpost

Modi to begin two-day visit to Bhutan today, will focus on collaboration in hydropower sector

Prime Minister Narendra Modi is set to visit Bhutan from 17 to 18 August, with bilateral partnerships and collaborating in the hydropower sector being the prime focus in his official two-day visit. 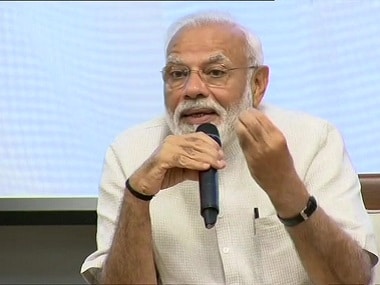 On Saturday, the prime minister will arrive at the Paro International Airport, from where he will proceed to the Simtokha Dzong.

After visiting the Tashichhodzong on the same day, Modi will be accorded the Guard of Honour. Later, he is scheduled to meet the King of Bhutan, or the ‘Druk Gyalpo’, Jigme Khesar Namgyel Wangchuck at the Dzong.

On the second day of his visit, the prime minister will address the students of the Royal University of Bhutan, followed by visiting the National Memorial Chorten.

Internet services resume in Jammu; restrictions in Kashmir to be eased in phases

As the unprecedented lock down in Kashmir entered 13th day on Saturday since the Narendra Modi-led government stripped it off its autonomous status, the state administration reinstated mobile internet services in Jammu on Saturday morning. Phone lines too are expected to be restored in a phased manner over the weekend, and schools will reopen in most areas, starting from next week.

While announcing the easing of restrictions in a press conference, BVR Subrahmanyam, Kashmir Chief Secretary, said that offices of the government in the Valley functioned normally on Friday and the attendance in many offices was “quite high”.

He said there has been no loss of life or major injury since the restrictions from 5 August as the government imposed curfew and a communications blackout to stave off violence when Centre revoked Jammu and Kashmir’s special status under Article 370 bifurcated the state into two Union Territories.

“…There will be easing of restrictions in the next few days in an orderly way,” Subrahmanyam told reporters, adding that steps would be taken keeping in view the evolving situation as well as the cooperation of the people in maintaining calm and peace.

“Schools will be opened after the weekend area-wise so that children’s studies do not suffer,” he said.

India on Friday said the revoking of Jammu and Kashmir’s special status was “entirely an internal matter” with “no external ramifications” and firmly told Pakistan that it has to stop terrorism to start talks, as the UN Security Council held a rare closed door meeting on the Kashmir issue.

Briefing the media following the conclusion of the informal meeting requested by China and Pakistan, India’s Permanent Representative to the UN Syed Akbaruddin said “India’s position was and remains that matters related to the Article 370 of the Constitution are entirely an internal matter of India and these have no external ramifications.”

Syed Akbaruddin:We note that there were some who tried to project an alarmist approach to the situation which is far from the ground realities. Of particular concern is that one state is using terminology of ‘jihad’ against&promoting violence in India including by their leaders. pic.twitter.com/fIa4CRdb4G

After making a statement, Akbaruddin took questions from the reporters gathered at the UN Security Council stakeout. China and Pakistan’s envoys left immediately after making their remarks and without taking any questions.

Without naming Pakistan, he said there are some who are trying to project an “alarmist approach” to the situation in Kashmir, which is far from the ground realities.

Akbaruddin asserted that there are normal diplomatic ways when countries deal with each other. “That is the way to do it. But using terror to thrive and push your goals is not the way that normal states behave. No democracy will acknowledge or accept talks when terror thrives. Stop terror, start talks.”

“The recent decisions taken by the Government of India and our legislative bodies are intended to ensure that good governance is promoted, socio-economic development is enhanced for our people in Jammu and Kashmir and Ladakh,” he said, adding that authorities in Jammu and Kashmir have announced a whole set of measures that the government is undertaking to move towards normalcy.

“We are are gratified that the Security Council in its closed consultations appreciated these efforts, acknowledged them,” he said referring to the the UNSC meeting that lasted over an hour.

Diplomatic sources said the meeting ended with no outcome.

The Cricket Advisory Committee comprising Kapil Dev, Anshuman Gaekwad and Shanta Rangaswamy on Friday announced Ravi Shastri as the head coach of the Indian cricket team until the ICC World T20 in 2021. The committee made the announcement at the BCCI headquarters in Mumbai.

Shastri currently occupies the post, having taken over from Anil Kumble after the 2017 Champions Trophy. The former India captain was considered a strong favourite to retain the position given his proximity to Virat Kohli and his rapport with the rest of the team. Other than Shastri, the likes of Mike Hesson, Tom Moody, Lalchand Rajput, Robin Singh and Phil Simmons had also applied for the job. Simmons however, opted out of the interview process citing personal reasons.

Google’s video broadcasting service has changed its policy on copyright claims that has a good and bad side. YouTube will no longer allow copyright holders to monetise creator videos where its content is used for “very short clips” or “unintentionally”. Instead, copyright holders will be able to either leave the video up or choose to block the creator from making money from it or completely block the video. The new policy applies to only audio clips and not videos.