Senators from both parties are deeply concerned that the conspiracy theories swirling online about Jeffrey Epstein’s death — and even amplified by President Trump on Twitter — are playing right into Russian hands.

The rush to spread baseless theories in the wake of Epstein’s apparent suicide is what makes American society “so vulnerable to disinformation and foreign influence threats,” Sen. Marco Rubio (R-Fla.) tweeted this weekend. Rubio asserted that Russia, as part of its long-running campaign to sow political division in the U.S., might be capitalizing on the death of the disgraced financier and accused sex abuser.

It’s sad (and frightening) to see so many Americans on both sides of partisan unwittingly helping them.

Putin has weaponized our polarization.

The most shocking share of a conspiracy theory came from Trump himself, who retweeted a conservative actor who suggested Epstein’s death might somehow be tied to former president Bill Clinton and used the hashtag #ClintonBodyCount. Posts citing #TrumpBodyCount, implicating the president instead, were also trending on Twitter.

While Rubio did not offer evidence to support his claims — and Twitter found the theories so far seem to be stemming from real accounts that are not foreign-backed — the rapid spread of conspiracy theories is indeed similar to how Russia weaponized previous news events to sow division among Americans.

And the fact that even the commander-in-chief joined in the fray raises concerns that Moscow is well-positioned to repeat its 2016 playbook in the next election.

While Sen. Mark R. Warner (Va.), the top Democrat on the Senate Intelligence Committee, told me suggestions Russia was involved “would be reliant on open source reporting at this point,” he noted “it would be well in line with Russia’s overall strategy of using social media to sow distrust with institutions, promote conspiracy theories, and generally divide and polarize Americans.”

“That’s why it’s astonishingly irresponsible for the president to be echoing these charges using his own Twitter account — when Americans, wittingly or unwittingly, push this type of unproven propaganda, they are, in essence, doing Russia’s dirty work for them,” Warner continued.

The report from former special counsel Robert Mueller recently detailed the lengths that the Russians went to in order exacerbate existing racial, political and religious tensions among Americans on social media. And one of their goals was to get the Trump campaign, or the president himself, to retweet their activities or tweet about them. In one instance, my colleague Craig Timberg reports they celebrated when Trump applauded an event in Miami that they had organized.

Sen. Amy Klobuchar, who sits on the Senate Judiciary Committee, told me in a statement that Congress has “failed to act” to address disinformation, and that it’s time for Congress to pass the bipartisan Honest Ads Act, bipartisan legislation that seeks to prevent foreign actors from buying political ads on social networks.

“At this point no one should be surprised that Russia is attempting to further divide Americans through disinformation,” she said. “They did it after Parkland, Charlottesville, and in numerous other instances.” The New York Times reported that within an hour after news broke about the school shooting in Parkland, Florida, last year, Twitter accounts suspected of ties to Russia released hundreds of posts weighing in on the gun control debate. And in in the aftermath of the Charlottesville violence in 2017, ProPublica found that the same Russia networks amplifying disinformation ahead of the presidential election were boosting right-wing extremism.

Laura Rosenberger, the director of the German Marshall Fund’s Alliance for Securing Democracy, which aims to expose foreign actors’ efforts to undermine democracy, also said she can’t confirm there is evidence of Russian activity in this instance at this time. “But history has shown that Russian government-linked trolls are adept at jumping on any divisive narrative in the news cycle,” she said. “

In 2016 Russian trolls targeted online audiences on the left and the right, including Black Lives Matter activists and Second Amendment advocates, in an effort to divide Americans,” Rosenberger added. “In doing so, Russia exploited a key strength of our democracy — free and open debate. [Russian President Vladimir] Putin’s goal is not to help one party or the other, but to divide us.” BITS: Facebook scrapped acquisition talks with the popular app Houseparty last year because of concerns it could exacerbate antitrust threats against the social network, Mike Isaac of the New York Times reports. The company’s hesitation to bait regulators reflects a more cautious approach as it tries to protect itself against calls to break up the company.

Facebook sought out Houseparty, a video chat app that allows multiple participants, to try to win back younger users, sources told Isaac. But the December negotiations coincided with ramped-up scrutiny from the Federal Trade Commission, and the company determined “acquiring another social network after Facebook was already such a dominant player in that market was too risky,” according to Mike’s reporting.

Facebook has also pushed to unify its network of properties by combining the separate infrastructures of Instagram, WhatsApp and Facebook Messenger over the past year. While Facebook CEO Mark Zuckerberg has pointed to profits and benefits to users as motives for combining the properties, lawmakers aren’t entirely convinced.

“The combination of Facebook, Instagram and WhatsApp into the single largest communications platform in history is a clear attempt to evade effective antitrust enforcement by making it harder for the company to be broken up,” Rep. David Cicilline (D-R.I.), who serves as chair of the House antitrust subcommittee, said. “We need to hit the pause button.” NIBBLES: Epstein claimed in August 2018 that he had courted investors for Tesla when he met with the New York Times’s James B. Stewart. James sought an interview with Epstein after hearing a rumor that he was advising the company, but both Tesla chief executive Elon Musk and Tesla vehemently denied any connection with Epstein. “He said he’d spoken to the Saudis about possibly investing in Tesla, but he wouldn’t provide any specifics or names,” James wrote.

James also asked Epstein about a rumor Musk sent him an email authorizing him to develop a list of potential chairmen for Tesla as the company was conducting a search last year. Epstein told James “the email wasn’t from Mr. Musk himself, but from someone very close to him. He wouldn’t say who that person was.”

Musk pushed back on Epstein’s claims. “It is incorrect to say that Epstein ever advised Elon on anything,” Keely Sulprizio, a spokeswoman for Musk, told James, who himself noted that much of the information Epstein shared with him “was vague or speculative and couldn’t be proved or disproved.” “It seemed clear Mr. Epstein had embellished his role in the Tesla situation to enhance his own importance and gain attention — something that now seems to have been a pattern,” James writes.

While Epstein was evasive about his ties to Tesla, James writes he also discussed “other prominent names in technology circles.” The Times didn’t report who those tech figures were. “He said people in Silicon Valley had a reputation for being geeky workaholics, but that was far from the truth: They were hedonistic and regular users of recreational drugs,” per James. “He said he’d witnessed prominent tech figures taking drugs and arranging for sex.” An Amazon employee applies tape to a package. (Patrick Semansky/AP)

BYTES: Two Senate Democrats want Amazon to explain how it selects “Amazon’s Choice” products after a report from BuzzFeed News revealed that the feature encouraged users to buy faulty merchandise. The scrutiny coincides with attempts from lawmakers and regulators to investigate potentially anticompetitive practices by the online retail giant.

“The badge may be misleading consumers into thinking the products that receive this distinction are the best available products, when in fact some of these products are of an inferior quality,” Sens. Robert Menendez (D-N.J.) and Sen. Richard Blumenthal (D-Conn.) wrote in a letter. The senators wanted to know how algorithms determine which products receive the designation and if products are reviewed by Amazon staff first — answers the company declined to give BuzzFeed reporter Nicole Nguyen.

Products with the Amazon’s Choice designation see a threefold increase in sales, according to at least one study. But BuzzFeed found numerous examples of products designated with the badge that had negative reviews. In one case, a thermometer with a 3.6 star average and a product description calling it “widely inaccurate” was an Amazon’s Choice for infant thermometers. After BuzzFeed asked Amazon about the product, the Amazon’s Choice label was removed. Amazon chief executive and founder Jeff Bezos also owns The Washington Post. 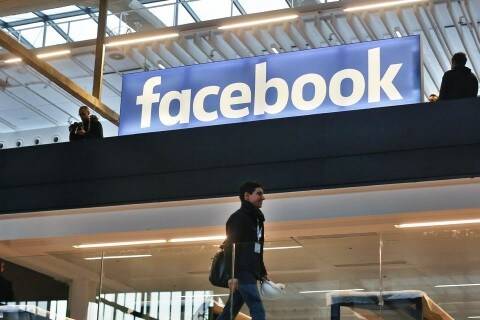 The EU could begin to hit Facebook with decisions under the bloc’s new privacy law by the end of the year, raising the specter of billions of euros in fines and orders to change business practices.

After nearly eight months of street tests, Amazon has announced that its delivery robot Scout has begun delivering packages to customers in Irvine, Calif, my colleague Peter Holley reports.