The Rust programming language application for a single-chip Internet of Things (IoT) device, which is claimed to be the first in the world, has been announced by 42 Technology, the product design and engineering consultancy.

This software achievement could accelerate the development of more robust and secure low cost, low powered cellular IoT products and systems, and play a critical role in unlocking significant new markets for smart industrial and consumer products. For example in areas such as real-time asset tracking and monitoring, utility metering and smart city technology.

Rust is a very-high-performance alternative to systems programming languages such C and C++, which avoids the memory safety issues that plague those languages, and without the complexity and overhead of Java. 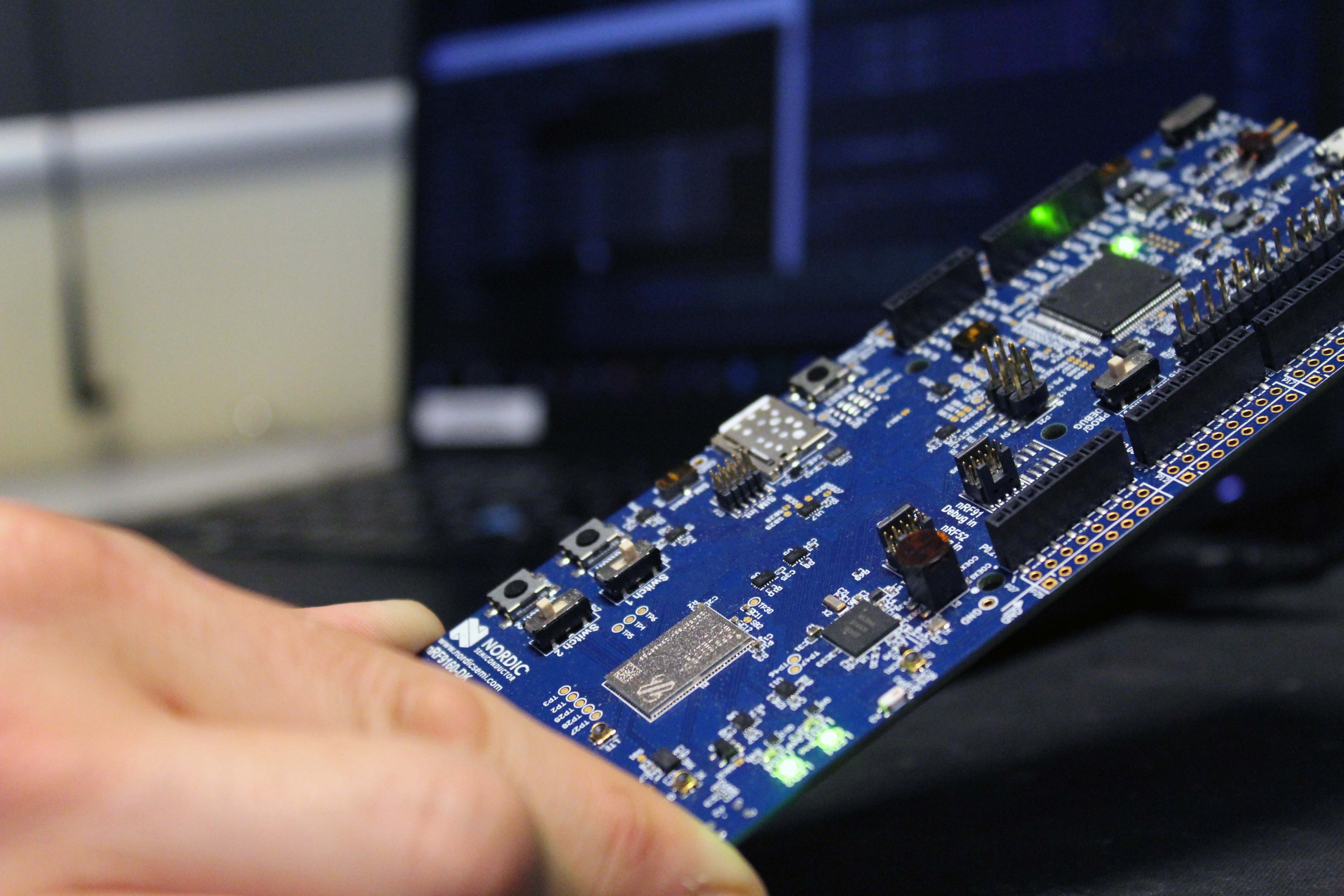 42 Technology’s application demo is based around the recently launched Nordic Semiconductor nRF9160 System in Package (SiP) device, which features a full multimode LTE-M/NB-IoT modem to connect to the mobile network, assisted GPS and an ARM Cortex-M33 processor. The ARMv8-M architecture’s TrustZone security features are particularly exciting, allowing applications and associated services to operate securely, protected from hacking, misuse and corruption.

In recent field trials, 42 Technology’s Rust application made secure encrypted connections to Amazon cloud services via an early LTE Cat-M network that is being rolled out across the UK by O2, the mobile network operator. The board also supports NB-IoT which is being launched by Vodafone and other operators. 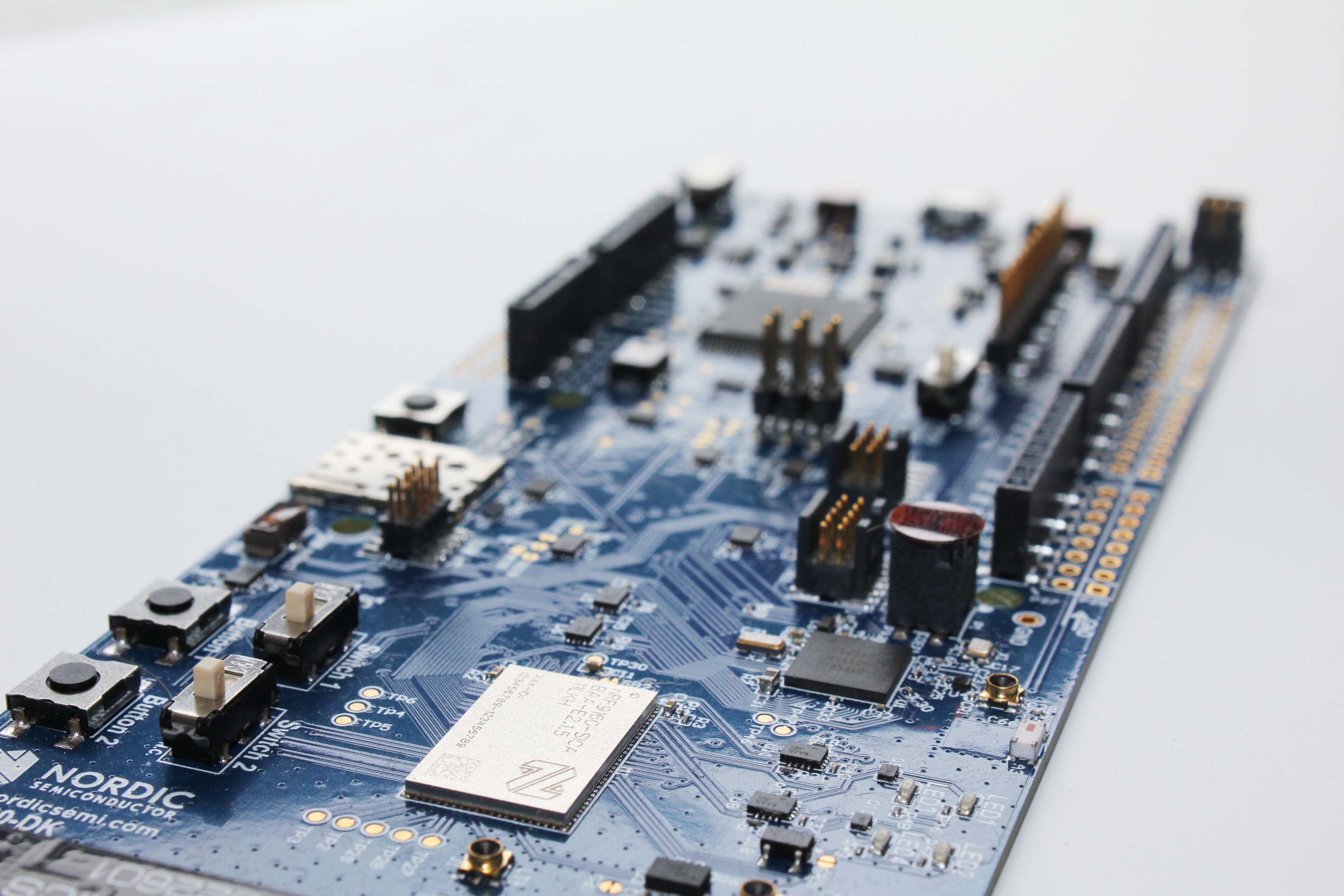 Nordic Semiconductor’s nRF9160 System in Package (SiP) offers game-changing energy-efficiency, performance and security for new cellular IoT applications within a single wireless module. The silver coloured SiP measures just 16 x 10.5 mm and is shown here at the bottom of the demonstrator board.

“42 Technology has specifically developed its Rust-based application to demonstrate an easier and faster way for companies to develop new products for the cellular IoT revolution but without inadvertently compromising on security. Our aim is to help eliminate the security vulnerabilities that too many people have seen, for example, with low cost home security cameras, smart hubs and with medical equipment such as insulin pumps,” says Jonathan Pallant, the senior consultant who led the application development programme at 42 Technology and is also a founding member of the Rust Embedded Working Group. 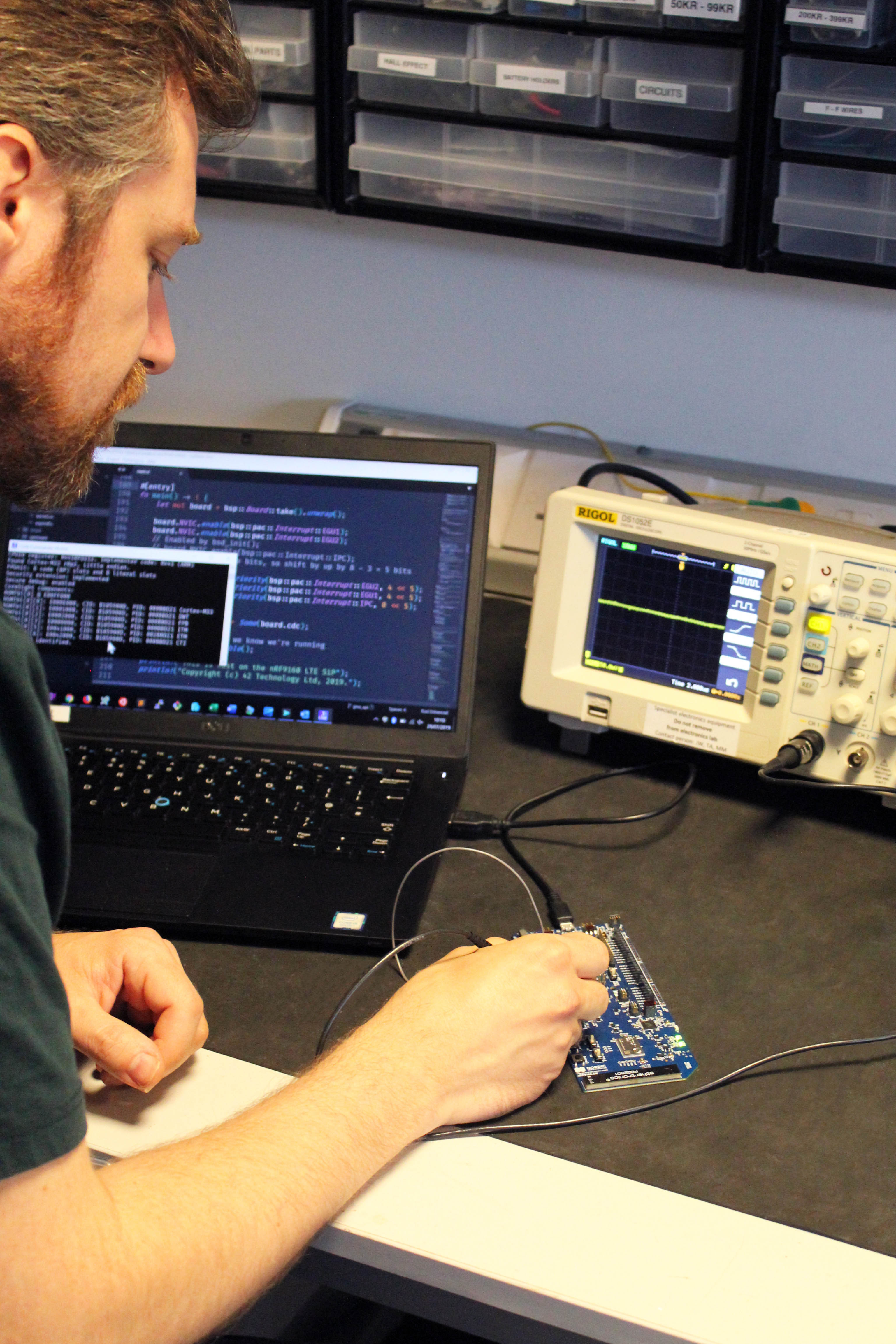 Jonathan Pallant, senior consultant at 42 Technology [shown here], says the company’s Rust-based approach could provide companies with a faster way to develop new low cost IoT products in areas such as smart city technology and ‘without inadvertently compromising on security’.

Rust is the perfect programming language to run on very small and low-cost hardware, and was specifically designed from the outset with a focus on memory-safety. It gives developers modern, powerful tools to allow them to be highly productive – without incurring significant run-time overhead – and because of the strict type-checking and borrow-checking, the Rust compiler is able to highlight potential issues early in the development process.

42 Technology designs and develops market-winning connected products and systems for its clients that successfully integrate sophisticated sensors, electronics and communications for more intelligent data and information collection. Recent announcements have included: Linde EVOS DCi, an IoT digital valve for industrial gas cylinders and a world first in its market sector; and FuseOhm, a real-time condition monitoring system that could allow electricity suppliers to monitor the performance of every substation within their network routinely for the first time.